Foster a Sense of Belonging for Your Adopted Child

While it remains a great option for prospective parents, you have to think of the child, too. 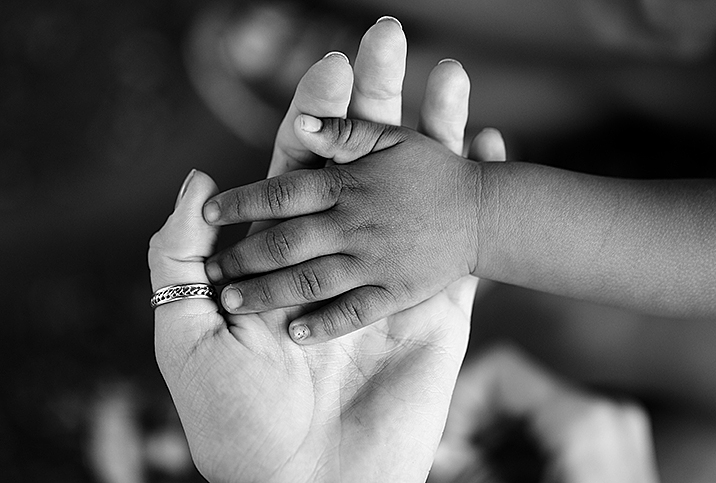 "Ohana means family. Family means no one gets left behind."

Wise words from a cartoon movie about a little girl and a deviant alien who create their own family. That's right: create. As long as humans have existed in civilizations, families have been made from connections, fostered not only by blood but also by choice.

Adoption is an important way to forge family ties. However, adoption continues to carry an air of secrecy around it, which simply can't sustain as these types of families become more common.

Why do people adopt?

The most common motivation for adoption stems from issues with fertility, but recently, some couples opposed to having biological children for a number of reasons—including climate change worries—are choosing to adopt as well. Their reasoning is that it's more sustainable to provide a warm and loving home to a child who's already been born.

Simply put, "People will adopt because they don't want to bring another child into the world," said Johanna Simmons, M.A., a British Columbia-based clinical counselor who works with adoptive families and adopted children. "They'd rather parent and house a child who is already brought into this world who has no home, has no family."

While noble, and certainly worthwhile, this adoption process is long and definitely not easy.

When adopting, it's important to remember the change in family structure could prove disconcerting for all parties, especially the adoptive parents and their new child. Overall, it's the parents' job to ensure the change is as painless and seamless for the child's life as possible. But even the most planned processes can face emotional turbulence.

"For parents, it's so difficult because it's an emotional roller coaster," Simmons explained. "You're having to deal with your own issues of infertility and all of the emotional angst that's built up around that. There's so much uncertainty and so much that's not within your control in the adoption process. You have no control, whether you're going to be proposed a child in a week, a month, a year or even five years. That can be very disconcerting."

Adopted children, irrespective of their age, have an even harder time with this disruption in their routine. The most obvious is a detachment from their prior primary caregiver, which could form an emotional scar on the child.

"Wherever the child or infant may be placed, they will form some kind of an attachment more than likely with something—the caregiver," Simmon added. "And then, when they are adopted out, they are faced with another disruption of attachment and reattaching. And how can a child trust this bond to be a permanent one when the last two weren't?"

For babies and younger children, this disruption in attachment is very visceral and implicit.

It might seem as though adopting an infant would make the attachment issues easier, but this isn't necessarily the case. According to Jill Parker, a clinical counselor and social worker based in Vancouver, everything is largely dependent on the child's story.

"If there's a brand-new baby that just comes right to the home, it's important to recognize that there is a change," Parker said. "They have been inside their birth mom, and their chemicals—the neurotransmitters, all the stuff that happens within the uterus, in that environment."

For babies and younger children, this disruption in attachment is very visceral and implicit.

It's encoded in the nervous system and the body, even without speaking. It's stored in the implicit memory, which can be extremely powerful. It is vital that parents tailor their approach to parenting based on the child's history and emotional needs.

There's no singular methodology for parenting, but it definitely doesn't hurt to try to create an environment conducive to strengthening your bond with your adopted child. Both Simmons and Parker recommend easing your adopted child into your family with as little disruption in their routine as possible.

Parker believes it is important to tune your nervous systems to the needs of this new member of your family.

"Recognizing that this kid might be a bit disoriented, even if they don't have language for it, and how to, kind of, have a calm demeanor for the kids to kind of ground off," she explained. "So that they can kind of have a sense of safety, have a sense of routine, and know that their needs are responded to, like when they cry that the parent is attentive."

It's important the child knows you're present for them, which requires parents to place the needs of the child before their own. In most situations, the adoptive parents are very excited about welcoming this new member of their family and often have an image of what parenting will look like. Understand that reality may prove different than imagination. Children have different needs, and it's important parents learn to build their parenting roles around those needs. 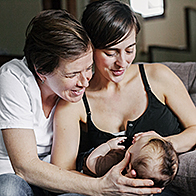 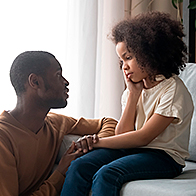 "Thinking about how to support the human that you adopt, based on their needs and knowing their history, and what they need to help them grow and thrive....Maybe that means you need support and extra family involvement because maybe [the child's] needs might be big," Parker said. "Just kind of adapt and help support them."

According to her, old-fashioned parenting techniques that lean on copious discipline and force can worsen behaviors, create feelings of othering and even lead to the adoption falling apart. This makes it even more important to foster attachment by supporting and caring for the child, making them feel wanted.

Encouraging the feeling of belonging

A recurring struggle for adopted children is their sense of belonging. With attachment scars, trust issues and a lack of choices, adopted children often have a hard time feeling wanted by their family. It is important for parents to help the child feel like they belong.

There are several ways to do this, but play and touch can go a long way to help this process.

"Play is the most wonderful way to connect with your child," Simmons said. "Play is the language of the child—this is how a child communicates. And we want to communicate with the child in their language. Play builds attachment, play does all kinds of wonderful things to help learning. But most importantly, play builds attachment. So, play with your child and be present."

She also mentions kangaroo parenting as an important element of touch, and encourages parents to familiarize the child with their touch by holding their hand, among other activities. Being curious about the child, what they like, their stories and daily patterns can also go a long way, with things as simple as finding out what the child's favorite food or toy is and having it available at home.

When the child knows they're respected, their needs are met, then they will begin to attach and feel they're loved and that they belong.

Another way to foster belonging is to be transparent with your child about how your family came about—of course, in age-appropriate ways. Teach them that adoption is a very normal process. Simmons encourages her clients to tell their adopted children that adoption is not "other." It is not an alternative. It's just another way that families are formed.

If there are other children in the house, it's important to prepare them, too. This can be done by telling them briefly about the child's story and about some of their likes and interests. However, this process should be done slowly. The entire family will be excited about welcoming this new family member, but this adopted child is dealing with big changes to their life and too much too soon can be overwhelming.

Helping the child settle in at their own pace, letting them take their time with feeling comfortable and forming a connection gives them more autonomy, which in turn will help foster safety and trust. When the child knows they're respected, their needs are met, then they will begin to attach and feel they're loved and that they belong.

Lastly, it's important to keep your child connected to who they are, especially if there is a difference in culture. This means parents should tell their children about their history, help them document important moments in their lives and teach them that this only makes them more special. Differences are valued and loved, and so is the child. 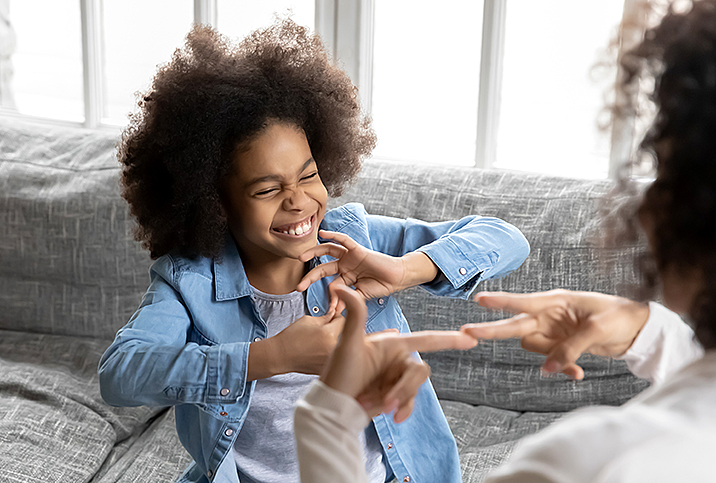 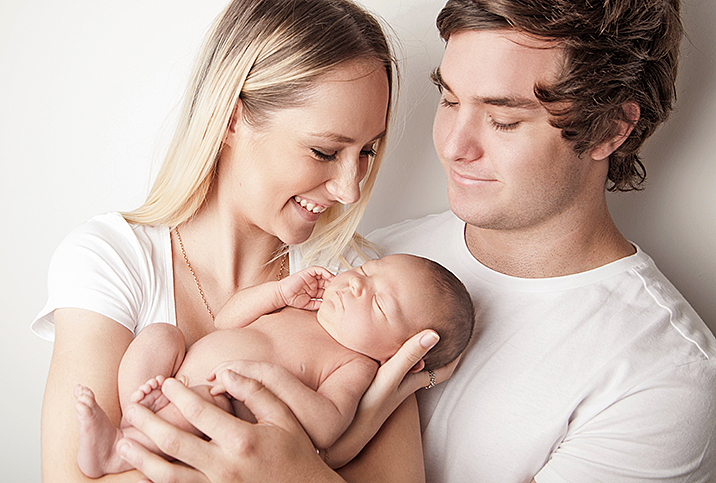 Are Teenage Parents as Bad as We Make Them Out to Be? 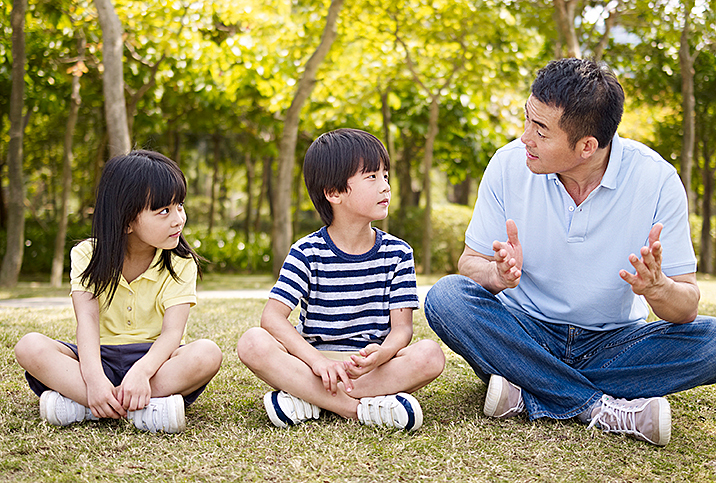 How to Teach Consent to Your Kids 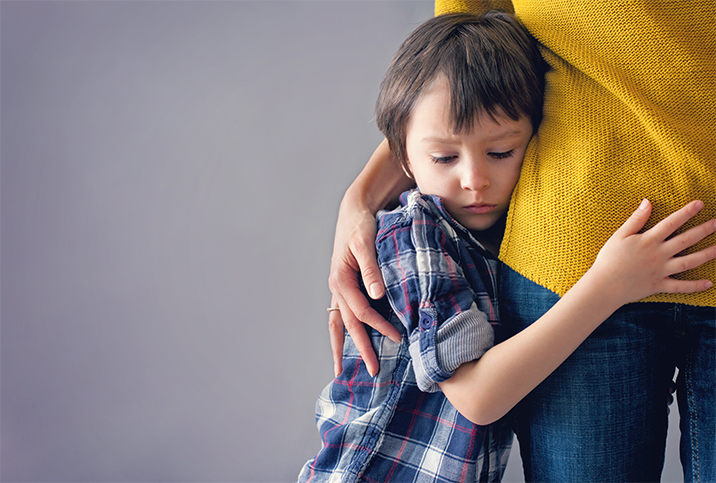 Raising an Anxious Child as an Equally Anxious Mom