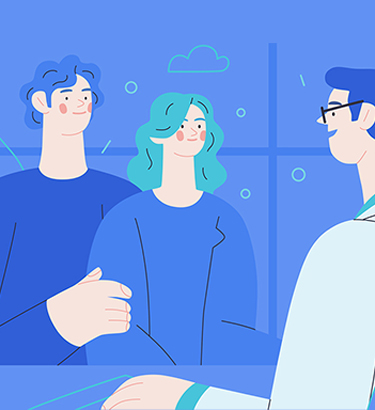 Monogamy is a relationship between just two partners—rather than having multiple partners—that can be emotional or sexual but is often both. The concept is believed to have arisen in Eurasian societies about 12,000 years ago when humans shifted from traditional nomadic, hunter-gatherer lifestyles to establishing permanent homes based on agriculture and domesticated animals.

While many factors likely contributed to the rise of monogamy—including changes to the way women chose their partners and pathogen stress—some researchers believe one possibility may have been the spread of sexually transmitted infections (STIs).

The theory that STIs might have helped drive humans to monogamy goes like this: In small, polygamous societies, infectious outbreaks were contained and didn't tend to have lasting effects on the overall population. But as agricultural advancements fostered denser populations and greater connectivity between groups, sexually transmitted diseases (STDs) such as syphilis, gonorrhea and chlamydia became endemic. In the absence of antibiotics, infertility from these diseases would have been high, and mating with many different overlapping partners would have ceased to be the most effective strategy for maximizing reproduction. As populations in larger towns and cities began to fall, groups that enforced monogamy grew and outcompeted their polygamous rivals.

Thousands of years later, monogamy remains the norm in Western societies, and the belief that long-term, committed relationships help prevent the spread of STDs remains commonplace. The Centers for Disease Control and Prevention (CDC) even lists "mutual monogamy" as a top prevention strategy against the spread of sexually transmitted diseases.

This is not an indictment of monogamy, but rather an illustration of the importance of routine testing for sexually transmitted infections, even if you're in a committed relationship.

Here's why you need routine testing

"Regardless of what type of trust and relationship boundaries you have established with your partner, you want to incorporate regular STI testing as part of your routine health screenings because there's a lot of complexity in STI testing that's not well known," said Jenelle Marie Pierce, Executive Director of The STI Project and spokesperson for Positive Singles in Asheville, North Carolina.

Pierce stressed that it's common for STIs to go undetected, in part, because of a difference between the incubation period (the time it takes for symptoms to present themselves) and the window period (the time it takes for an infection to show up on a test). For example, HIV infections have a window period of 45 days, meaning it may take up to 45 days before they are detectable by modern lab tests.

Many STIs have latency periods, meaning it can take weeks, months or years before they show symptoms. For example, syphilis, hepatitis B and HIV are common conditions that can remain dormant for years after contraction. Others, including HPV, chlamydia and gonorrhea, are often asymptomatic.

"Most people assume they'll know if they have an STI, but the most common symptom is no symptom, so the only way to know is to get tested," Pierce noted.

Then there are STIs with multiple transmission methods.