It's Not You, It's Pee: What You Should Know About Bladder Accidents

Urinary incontinence isn't inevitable, but it is common and often can be treated. 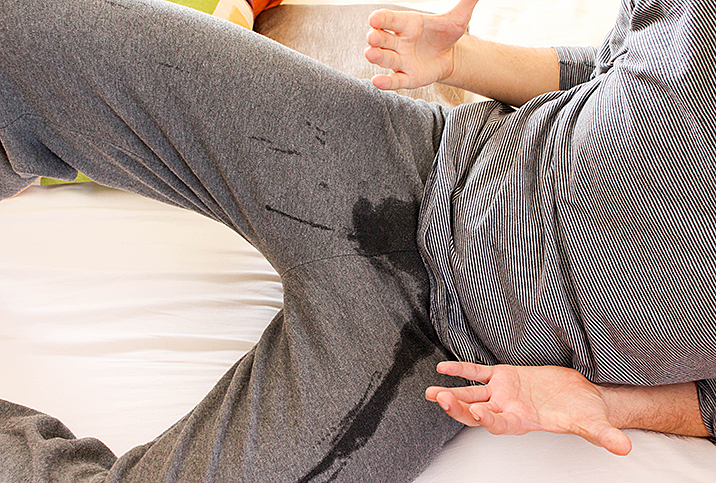 Some people might assume urinary incontinence, like many common ailments, is simply an inevitability of getting older. It seems to track, right?

Not so fast, according to Andrew J. Cohen, M.D., the director of trauma and reconstructive urologic surgery at Johns Hopkins Hospital and an assistant professor of urology at the James Buchanan Brady Urological Institute in Baltimore. He said male urinary incontinence is often a side effect or symptom of something else; very rarely is it an inevitability of aging.

"Urinary incontinence is not the most common initial presentation of urinary problems as men age," he said. "Ultimately, urinary incontinence in men is not expected with aging [and] needs to be mentioned and addressed with a doctor. In men, [it] is rarely a solitary symptom."

"With regard to urinary incontinence, notable life events largely revolve around a man's prostate," said Jonathan Beilan, M.D., a board-certified urologist in Clearwater, Florida, and medical advisory board member for Bastion Health. "The treatments central to prostate cancer—namely, surgery and radiation therapy—have increased rates of incontinence."

Stress urinary incontinence may read as a misnomer to the layperson. This type of incontinence pertains to physical stressors, not emotional and psychological stress. Coughing, sneezing and certain physical motions may unexpectedly lead to accidents without the forewarning feeling of "having to go."

Urgency incontinence can be caused by an overactive bladder or other medical conditions, such as Parkinson's disease or a history of stroke. It does come with the sensation of needing to urinate urgently, but spasms of the bladder complicate a person's ability to hold off until they're ready. Regardless of the quantity of urine present in the bladder, the muscles contract independently.

Overflow incontinence counterintuitively results from an inability to fully empty the bladder. Dribbles and small leaks can be attributed to urinary blockages, nerve damage or a change in medication. Diuretics, especially in conjunction with diabetes, may lead to this type of incontinence.

"During an initial incontinence workup, it is always important to rule out overflow incontinence," Beilan said. "This is a problem of storage: The bladder is so full that it simply cannot hold any more urine and the patient will leak out of his urethra. The problem is that urine can also reflux up toward the kidneys, putting the patient at risk for urinary tract infections, kidney damage and worsening bladder function."

"Incontinence as men age may be related to an untreated and enlarging prostate or overactive bladder symptoms, often also related to a long-standing prostatic obstruction," Cohen said. "It is also more common for men after certain surgical treatments or neurologic diseases. Typically, urinary incontinence is not directly related to sexual health [but] can be rendered worse by obesity, smoking, diabetes."

Most causes of urinary incontinence in men pertain to the health of the prostate, a gland which is located below the bladder and in front of the rectum, surrounding the urethra. The prostate naturally enlarges as men age, in some cases leading to benign prostatic hyperplasia (BPH), which interferes with urine flow.

Beilan said male urinary incontinence may be a reality of postsurgical life, especially following the removal of the prostate.

"Potential sexual side effects are usually related to the underlying root cause of the urinary incontinence," he said. "For example, a patient may have his prostate surgically removed for a history of prostate cancer, and such an individual is at increased risk of developing both stress urinary incontinence and erectile dysfunction."

Regardless of the "why," physical measures can be taken to prevent further accidents.

"For men with severe urgency and urgency incontinence, doing 'quick flicks' with quick Kegel muscle contractions can distract the brain enough to postpone urination," Cohen said. "Other distraction techniques can be helpful. Voiding on a schedule to prevent these urgent events is usually the best approach—prevention rather than treatment."

Kegels are useful, as are a gamut of other physical exercises to stymie urinary incontinence.

"Specialized physical therapists will work on multiple things, including muscle tone, biofeedback, manual manipulation and more," Beilan said. "It's a great noninvasive approach that can have long-lasting results."

He said men can perform a Kegel by squeezing their pelvic floor muscles in an attempt to prevent an urgency incontinence episode. They can flex as if they are trying to interrupt their urine stream, hold it for 20 seconds and release, being sure to exhale as they go.

"Oftentimes, the sense of urgency will fade, at least temporarily," Beilan said.

Simple preventive measures can be taken against nighttime accidents.

"Avoid drinking two or three hours before bedtime," Cohen said. "Set an alarm and use a bedside urinal to avoid falling in the dark at home. Ask your primary care doctor about risk factors for sleep apnea, as sometimes that can be a major reason why men have voiding issues at night."

In extreme or persistent cases, men may need to explore some special features and adult diaper options.

"Adult diapers are often recommended in cases of florid or retractable stress urinary incontinence," Beilan said. "There are a good handful of brands, ranging from light to heavy, hypoallergenic to waterproof."

Given the diversity of adult diapers, the options don't end there.

"Absorbent sleeve, incontinence wraps, condom catheters, pads of all weights and sizes, and/or diapers are available for men with leakage issues, no matter the cause," Cohen said.

Cleveland Clinic estimates 1 in 3 adult Americans struggle with some kind of urinary incontinence. The issue may seem overwhelming and the results embarrassing, but answers and solutions are readily available. 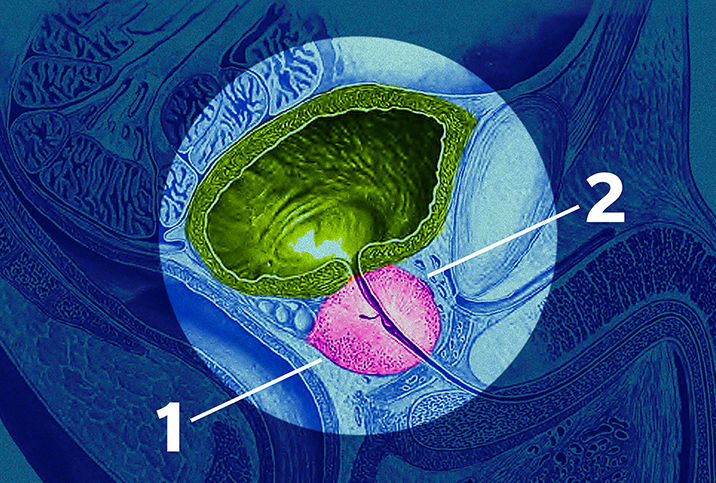 Urinary Issues Could Point to One of Two Prostate Conditions 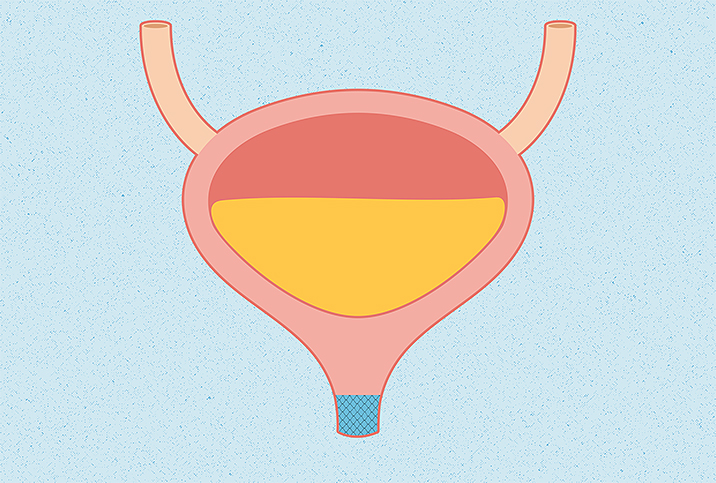 When does Urinary Incontinence Require Surgery? 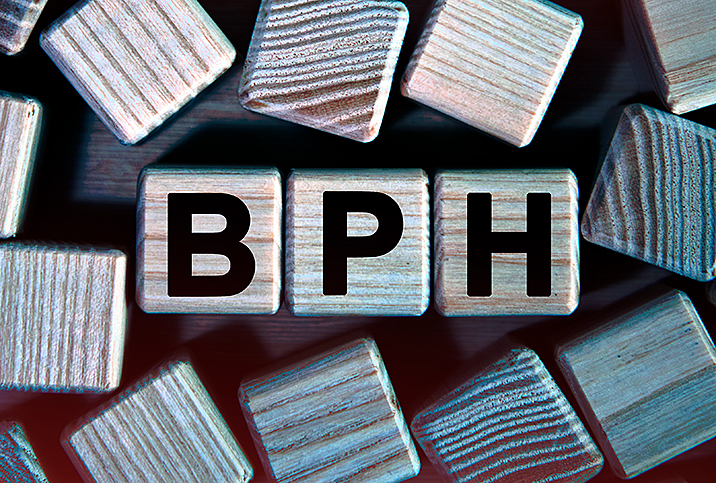 It's Benign, but BPH Can Affect Your Day-to-Day Life 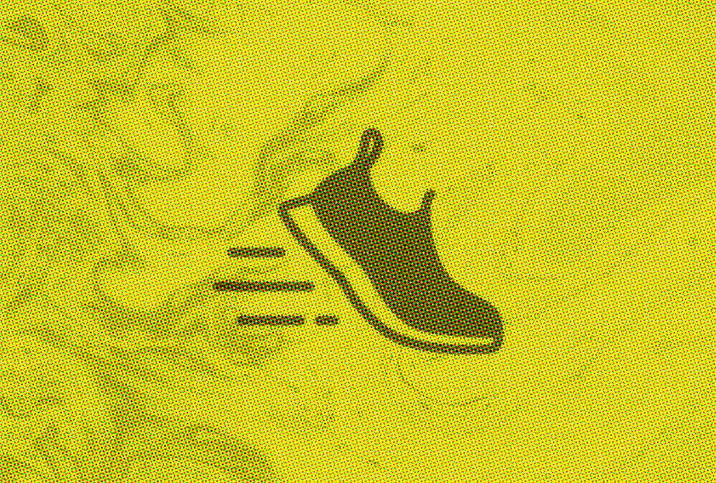