6 Questions to Ask Your Doctor If BPH Is a Concern

If you're experiencing symptoms of benign prostatic hyperplasia, get the answers you need. 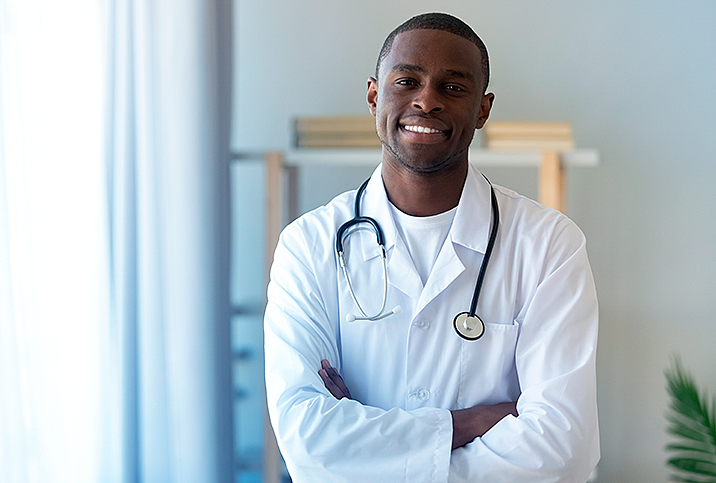 Once a man reaches a certain age, telltale signs of urinary inconsistencies begin to appear. Your bathroom gets more nighttime visits than a fast-food drive-thru after the bars close. You have time to count every yellow rose on the wallpaper as you struggle with your stream. You dribble more than Curly Neal did with the Harlem Globetrotters. (If you don't remember Curly Neal, you're probably not old enough to worry about these symptoms.)

These signs may point to benign prostatic hyperplasia (BPH), a noncancerous enlargement of the prostate gland that interferes with urine flow. Every man's prostate grows naturally with age, generally starting in their 30s, and for many men, this growth will lead to BPH. About half of all people with a prostate between the ages of 51 and 60 suffer from the condition, and that percentage increases with age.

In most cases, urinary symptoms related to BPH start occurring between ages 50 and 60, although some lucky people never experience symptoms or encounter minimal, tolerable symptoms, according to Charles Welliver, M.D., director of Men's Health at Albany Medical College in New York, where he is also an associate professor of surgery/urology.

When you consult your doctor about possible BPH symptoms, keep several key questions in mind so you can become better informed about the condition and its treatment options.

1. Are my symptoms serious?

Urinary symptoms can be broadly classified as obstructive or irritative, and a man can suffer from either type or a combination of both. Each type requires different treatments, said David Yao, M.D., a urologist and faculty member at the UCLA School of Medicine. Obstructive symptoms, such as weak or intermittent stream and straining to urinate, are due to an enlarged prostate. Irritative symptoms, such as urgency, frequent urination and a burning sensation, are caused by an overactive bladder.

Getting a thorough medical history from the patient is important for the doctor, and the patient needs to convey the severity of the symptoms, Yao said. The patient may be asked to fill out a questionnaire—the International Prostate Symptom Score—before and after treatment, including any changes to their symptoms. The survey is recommended by the American Urological Association (AUA).

"It helps us understand how severe it is, and then we treat it and do [the questionnaire] again after any treatment changes to see if, objectively, in a qualitative term, there's an improvement or not with what we're doing," Yao said.

2. Does my prostate need to be examined?

You will need to undergo an examination, but the extent of the exam will depend on your individual circumstances.

A doctor may collect urine specimens to check for blood, which could be a sign of bladder cancer (though not necessarily), and inflammation cells, a possible sign of a urinary tract infection. They may also use a bladder scan, a type of ultrasound, to see how much urine is left in the bladder after urination; it's not invasive or painful, and it provides a lot of information, Yao said.

Men age 55 or older, or who are at above-average risk for prostate cancer, should get a prostate exam, Yao said. A digital rectal exam (DRE) will check for lumps or bumps on the prostate gland, while a prostate-specific antigen (PSA) blood test will check the levels of PSA, a protein produced by both normal and cancerous cells in the prostate. Elevated PSA levels may indicate the presence of cancer, though such results are being backstopped these days by other tests, a magnetic resonance imaging (MRI) scan among the most common.

MRI can also be used to diagnose prostate enlargement, and a doctor can diagnose lower urinary tract symptoms (LUTS) without examining the prostate, Welliver said. Not all LUTS are due to BPH, and not all men with BPH have LUTS.

3. Should I be screened for prostate cancer?

"Most of the time, urinary problems are not due to prostate cancer," Yao said. "But the screening is easy—a rectal exam and a blood test—and that gives us a lot of information and a fair amount of certainty that prostate cancer isn't in the equation."

In rare cases, however, prostate cancer can cause the same urinary symptoms as BPH.

The AUA recommends screening for men 55 to 69 years of age who are in good health. Men who carry a higher risk of prostate cancer may be screened as early as age 50, Welliver said. High-risk categories include Black men and men with a first-degree relative (father or brother) who has had prostate cancer.

"I personally would follow the guidelines and advocate [screening] for all men of reasonable health between the ages of 55 and 69," Welliver said. "In some cases, I would extend this into their 70s if they were in very good health."

Yao said he also would conduct a PSA test and a DRE only if the patient were 55 to 70 or at risk of prostate cancer, in which case, he would start screening at age 40 or 45.

4. Can medications ease my symptoms?

Medications are typically the first-line treatment for BPH. They can be used if the symptoms are not severe and if causes such as infection or kidney stones have been ruled out, Yao explained.

Alpha blockers, such as Flomax and Rapaflo, allow the prostate to relax and open up to help urine flow, Welliver said. One common side effect is retrograde ejaculation, which occurs when semen enters the bladder instead of being ejaculated from the tip of the penis during orgasm. Alpha blockers can also lower blood pressure, which can cause tiredness or dizziness.

Another drug class used for BPH is 5-alpha reductase inhibitors (5-ARIs), which shrink the prostate gland. Yao said about 10 percent of men who use this drug suffer some type of sexual side effect—erectile dysfunction, ejaculatory problems, low libido and reduced orgasm are the common ones—because 5-ARIs work by reducing dihydrotestosterone (DHT), one of the active forms of testosterone.

Cialis, well known as an oral medication for ED, also has approval from the U.S. Food and Drug Administration for treatment of BPH symptoms. It's prescribed in low doses—5 milligrams once a day.

"I've found it to be a wonderful medicine because it doesn't cause erectile dysfunction. In fact, it may improve your erections," Yao said. "There's a much lower risk of ejaculation problems, and it's affordable. I find a lot of sexually active men who have BPH and need medication end up preferring Cialis over all the other medications."

5. What are my other treatment options?

Yao urged men to weigh all available treatments with their doctor. In addition to medications, options include minimally invasive office procedures and a number of different surgeries.

The gold standard for surgery is transurethral resection of the prostate (TURP), in which a doctor uses an instrument called a resectoscope to trim excess prostate tissue that may be blocking urine flow.

Newer technologies include UroLift, which involves the insertion of implants on either side of the prostate to lift and hold the enlarged tissue out of the way of the urethra, and Rezūm, which is water vapor thermal therapy that targets excess tissue pressing on the urethra. The benefit of these procedures over TURP is they present a lower risk of causing ejaculatory problems or ED, and they can be performed in an office setting while the patient is awake. The downsides are they are more painful, because the patient is awake, and they are less effective than TURP, according to Yao.

Some prostates get too large for treatment with UroLift or Rezūm and require surgery. HoLEP, or holmium laser enucleation of the prostate, is a type of laser surgery. Robotic simple prostatectomy is another surgical option; it removes only the part of the prostate that's blocking urine flow. This procedure also has a much lower risk of causing ED or incontinence, Yao added.

The proliferation of pharmaceuticals in recent years has reduced the number of surgeries.

"I would say most of my patients get well without surgery," Yao said.

6. Do I have to get medication or surgery?

Cognitive behavioral therapy (CBT) is commonly associated with treatment for sexual dysfunction, but Yao noted it can also be used for BPH.

"There's no reason that people have to rush into pharmaceuticals or surgery," he said. "A lot of my patients have done well with some cognitive behavioral therapies."

One of the most common symptoms urologists see is nocturia, or frequently getting up at night to urinate. CBT guides patients to make commonsense changes to their nightly routines, such as not drinking fluids within three hours of going to bed, always urinating before bedtime, and cutting out dietary irritants—such as caffeine, alcohol, spicy foods, salt and sugar—that can cause more frequent urination, Yao said.

If you don't want to take up residence in your bathroom, be sure to have your BPH symptoms checked by a doctor. If the symptoms are severe or first-line treatments fail, you may need a referral to a urologist. But in most cases, your primary care physician can conduct the necessary exams and tests, and prescribe the best course of treatment for you. 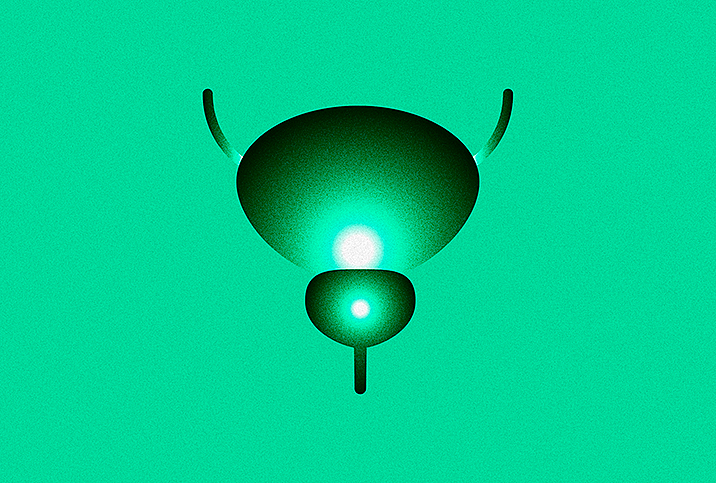 Want Benign Prostatic Hyperplasia to Get Serious? Leave it Untreated My BPH Won't Go Away. What Are My Surgical Options?