Without access to an educational program, these individuals face a higher risk of abuse. How did you learn about sex? Sex education in school? Even in states that focus on abstinence-only sex education, girls typically get an overview of menstruation; boys likely get some basic anatomy.

But one important group of people has been left out of these conversations: people with intellectual and developmental disabilities. This lack of education leaves them at risk for sexual abuse.

"Most people with disabilities do not receive sexual health education," said Elizabeth Schmidt, Ph.D., a licensed and registered occupational therapist and an assistant professor and researcher at Lincoln Memorial University in Knoxville, Tennessee.

Schmidt learned that children with disabilities, whether physical or mental, have been excluded from sex education due to the misconception that they are asexual. But the physical changes that take place during puberty occur regardless of their disability.

"Boys who go through puberty get erections and don't know what it is," said Jessie Green, program manager of Transition Options in Postsecondary Settings (TOPS), a program for students with intellectual and developmental disabilities, at the Ohio State University Nisonger Center. "They don't understand what's happening and they don't know how to talk about it. This makes them susceptible to being taken advantage of and allows them to become victims of abuse."

When working on her advanced degree in occupational therapy at Ohio State, Schmidt focused on supporting individuals with intellectual and developmental disabilities. While you may know occupational therapists support people in learning self-care activities following injuries or illness, they do much more. They also support people who are developing skills for daily living and working.

"They might not understand what's happening to them," she said. "They may not understand that they can say no. For those who require assistance with daily hygiene, lines of privacy are blurred. We are putting them at risk by ignoring their sexuality."

How do you provide the right information?

During her research, Schmidt discovered a few sexual health education programs designed to provide information, but they weren't broadly used. Political issues were also a challenge. For example, there are no federal education standards regarding sex education. Many states have no standards, either. While some school districts offer comprehensive sex education, advocates are working to develop better standards to serve the broader community of people with intellectual and developmental disabilities.

Providing sex education to this group is difficult because of the varying degrees of understanding that each individual may possess. Barriers to this group include parents and caregivers. Many parents of children with disabilities may believe sex education isn't necessary.

"It's difficult to know where to start a comprehensive sex education program," Schmidt said.

When she began to work with participants of the TOPS program, she decided to try a novel approach: She asked the participants what they wanted to learn.

"Most public school programs start with anatomy, but I learned that students want to understand relationships first," Schmidt said.

As Schmidt designed the program, she tried several methods to deliver information. At one point, students suggested an interactive, online quiz format. They could see how they were scoring compared to other participants.

"They had fun," Schmidt said, adding that the process helped her understand which questions they didn't understand and what topics to review again.

The program Schmidt helped develop is now delivered to students in the TOPS program in several sessions over two years.

They discuss friendships, work relationships, proper communication and what consent means. In the second year, students are given additional details, including anatomy and how sex functions.

"Kissing is not how you get pregnant," said Green, referencing some erroneous information that one student believed.

The educational program also covers sexually transmitted infections (STIs) and how to put on a condom.

"We do not do abstinence-based education," she said. "They are adults and they have a right to choose to do this. But we want them to know the responsible ways to partake and the things they shouldn't do." A Step-by-Step Guide to Teaching Your Child Consent 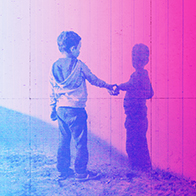 A Parent's Approach to Sex Ed for Kids With Autism

One of the most popular classes is an hour-long question-and-answer session, which has been held virtually. Students can choose to submit questions anonymously, and they can use voice-to-text functions. One student wanted to know if leukemia could be sexually transmitted. Another student told of seeing characters in a movie engaging in sex on a beach. The student wondered if that was really allowed.

"Many of our students say they just want a boyfriend or just want a girlfriend," Green said. "They want that companionship. We can help them understand why you develop a relationship and how."

Green has also learned that participants in TOPS prefer to have some of these lessons taught by instructors outside their regular program.

"These programs are so valuable, we have sought people to continue to teach them," she said, adding that TOPS has continued to foster a relationship with the occupational therapy program.

Navigating the discussion beyond formal programs

Schmidt continues her work to expand sexual health education programs to settings besides the TOPS program. While her work will be available to professionals first, she and Green offered a list of points for caregivers to remember when they need to discuss sexual health issues:

The best way to prevent sexual abuse is by educating potential victims about appropriate behavior and their ability to say no. For people with intellectual and developmental disabilities, sex education is particularly important. Everyone wants to understand how to navigate complex human relationships.