Household Toxins to Avoid When Pregnant

Chemicals found in everyday items could put your baby's health at risk. 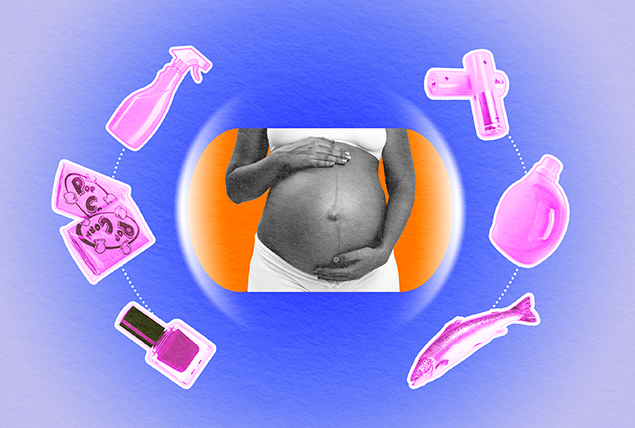 The exact cause of most miscarriages and congenital disabilities is unknown, according to Cleveland Clinic and the March of Dimes, but decades of research implicate toxin exposure as a contributing factor. The American College of Obstetricians and Gynecologists (ACOG) has recommended providers discuss toxin exposure with their patients, as certain chemicals are linked with a variety of complications, such as premature birth, developmental disruptions, asthma, leukemia, diabetes and attention-deficit/hyperactivity disorder (ADHD).

And it isn't just the obvious offenders, like alcohol or secondhand smoke, that pregnant people need to consider. Compounds in seemingly innocuous household items, from cosmetics and cookware to furniture and air fresheners, can pose significant risks as well.

"Environmental exposures can have a very serious effect on an individual's reproductive health, pregnancy outcomes and health of their children. Exposure can come from many sources, such as air pollution, water contamination, personal care products, food packaging and the food itself," said Matthew Macer, M.D., a fertility physician at Halo Fertility in Rolling Hills Estates, California.

Around the house, these toxins are most commonly found in pesticides, plastics (phthalates), cleaning materials (per- and polyfluoroalkyl substances, or PFAS, and formaldehyde), nonstick pans (PFAS), flame retardant on furniture (polybrominated diphenyl ether, or PBDE), and food storage containers/plastics (bisphenol A, or BPA), Macer explained.

These chemicals can enter a pregnant person's bloodstream through food, water, air or skin and be transferred to the fetus through the placenta and breast milk.

Shvetha Zarek, M.D., a fertility physician and the medical director of Oma Fertility in St. Louis, explained exposure to these chemicals doesn't guarantee injury. In small amounts, most are unlikely to produce significant adverse effects. The degree of harm depends on the specific toxin, length of exposure and the point in pregnancy at which the exposure occurred, among other factors. Nonetheless, considering these chemicals' omnipresence and the severe consequences some can produce, it is important to be aware.

7 household toxins that could put your pregnancy at risk

The production of polychlorinated biphenyls, or PCBs, was banned in 1976, but PCBs remain pervasive in the environment. Classified as a probable carcinogen, these "forever chemicals" can also adversely affect neurological, reproductive, endocrine and immune health. Studies suggest fetal exposure may impede fetal growth and development and increase the risk of preterm birth.

Pregnant people may consume PCBs through food, or the chemicals can enter the bloodstream through the skin. Though the prevalence has decreased over time, researchers have recently detected high levels of PCBs in foods such as fish, beef and butter, most likely due to contaminated animal feed. PCBs also provide pigment and can be found in newspapers, magazines, paints and paper food packaging.

Formaldehyde, a preservative used in embalming fluid, is also a byproduct of cigarette smoke and fuel-burning appliances, like gas stoves. According to the Agency for Toxic Substances and Disease Registry, the chemical is also used in some manufactured wood products, permanent press fabrics, glue, paint, caulk and cosmetics, such as nail polish. Some dish soaps, laundry detergents, body washes and soaps contain it as well, according to 2016 research.

According to the Environmental Protection Agency, large doses of formaldehyde exposure may contribute to the development of certain cancers, including leukemia. Exposure is also linked to an increased risk of infertility or miscarriage, congenital malformations and premature birth.

A small 2009 study by the nonprofit Environmental Working Group (EWG) examined the umbilical cords of 10 randomly selected newborn babies, all of whom were of minority descent. The researchers detected 232 chemicals in the cords' blood, including bisphenol A in nine of 10 newborns. According to EWG, it was the first time BPA had been discovered in the umbilical cords of American infants. Besides the study's small size, its specific demographic sampling means it may not represent the entire population, as the effects of environmental racism are well-documented.

But more recent research supports its findings, including a 2018 study of 318 mother-neonate pairs from six university hospitals in Korea. The study found BPAs in 79.5 percent to 100 percent of samples of various bodily fluids and tissues.

The results are no surprise, given BPAs' ubiquity. Meleen Chuang, M.D., an OB-GYN at Family Health Centers at NYU Langone Health in New York City, explained BPA is used to make plastic bottles and resin materials, such as the lining for canned goods. It is an endocrine-disrupting chemical that mimics estrogen and can cause estrogenic and antiandrogenic effects.

"More studies are showing that BPA can pass through the placenta, influence fetal development, and may cause adverse birth outcomes," Chuang said.

According to Chuang and the Massachusetts Department of Public Health, the adverse birth outcomes may include growth restriction, asthma, low birth weight, and disruptions in nervous system and prostate gland development. BPA exposure in utero or during infancy may also contribute to changes in behavioral development, including an increased risk of hyperactivity.

According to Zarek and Macer, phthalates have been linked to congenital malformations, neurodevelopmental impairment, preterm birth and low birth weight. Research indicates exposure may also contribute to infertility in men and women and increase children's risk of obesity.

"When consumed, even in small amounts over long periods, they can be extremely harmful to a pregnant woman and their child," Macer said.

Perfluorinated organic compounds such as PFAS and PFOA are forever chemicals used to make materials resistant to heat, stains, water, grease and oil, according to the Centers for Disease Control and Prevention (CDC). So named because they don't break down in human bodies or the environment, forever chemicals are as ubiquitous as they are eternal. Per- and polyfluoroalkyl substances (PFAS) and perfluorooctanoic acid (PFOA) are found in various products, including pizza boxes, food packaging, carpeting and upholstery, nonstick cookware, stain-resistant clothing and microwave popcorn bags.

According to the CDC, more research is needed to determine how these chemicals affect human health. But studies suggest they may adversely affect fertility, thyroid function, immunity, cholesterol levels and fetal growth and development, and contribute to hypertensive disorders during pregnancy. A study published in Current Environmental Health Reports indicated exposure could also impair placental function.

In 2022, EWG reviewed 40 peer-reviewed studies from around the world, encompassing nearly 30,000 umbilical cord blood samples. In the analysis, researchers found PFAS in every sample.

Polybrominated diphenyl ethers, or PBDEs, are flame-retardant chemicals. They're used in electronic plastics, mattresses and furniture but also accumulate in the environment, including rivers, lakes and bodies of fish.

Research indicates exposure can disrupt thyroid function and affect metabolism, growth and neurological development. In adults, PBDEs may contribute to thyroid disorders and increase the risk of pregnancy loss. Fetuses exposed in utero are more likely to have a low birth weight and cognitive and behavioral challenges in childhood.

Many pregnant people are aware of mercury's toxicity and know to limit or avoid fish and shellfish, as that's the most common source of exposure. However, Chuang said mercury is also found in some cosmetics, specifically, those used for skin lightening. It can also be found in household items, including light bulbs, batteries and some older electronics, appliances and automotive parts, according to the EPA. Certain pharmaceuticals and medical equipment may contain trace amounts as well.

According to Chuang, mercury is highly toxic and there is no known safe level of exposure.

Mercury exposure can harm pregnant people and fetuses, states the March of Dimes. In expectant mothers, it can damage the lungs, kidneys and nervous system, and impair hearing and vision. Developing fetuses exposed to mercury are at risk of neurological damage and hearing and vision challenges.

How to protect yourself and your family

It may not be possible to avoid all potential perils, but there are ways to reduce the risk of harm. And it doesn't require switching to an all-organic lifestyle or sequestering yourself in a remote alpine cabin.

"Because environmental toxins are widespread, it can often be overwhelming and expensive to try and minimize all exposures," Macer said.

Efforts to reduce your risk can include choosing nontoxic products, asking other household members to do certain chores and checking your home for lead and asbestos.

"The point of awareness is not to go crazy trying to eliminate all potential sources, but to make small, consistent, easy choices to limit exposure," said Sue Ellen Carpenter, M.D., a fertility physician at Bloom Fertility in Atlanta.

In addition, Macer, Carpenter and Chuang recommended the following:

"Be aware that some products labeled 'BPA- or phthalate-free' may contain alternate, similar chemicals that are less well studied but could be equally toxic and have not been studied yet," Carpenter said. "That is why opting for fresh, homemade food and a scent-free lifestyle is prudent. If scent is important to you, essential oils are likely safest."

Carpenter added to be cautious and do your research before incorporating products advertised as "natural" or "herbal" into your regimen. She said this industry is largely unregulated, and it can be challenging to know what the products contain or whether they are actually safe for humans. 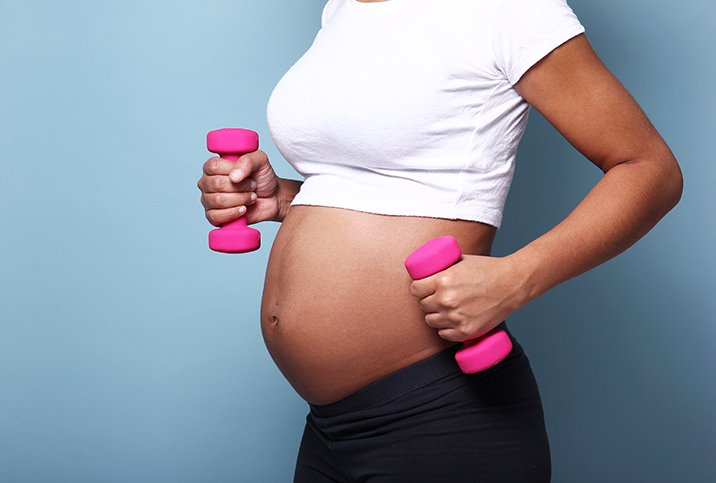 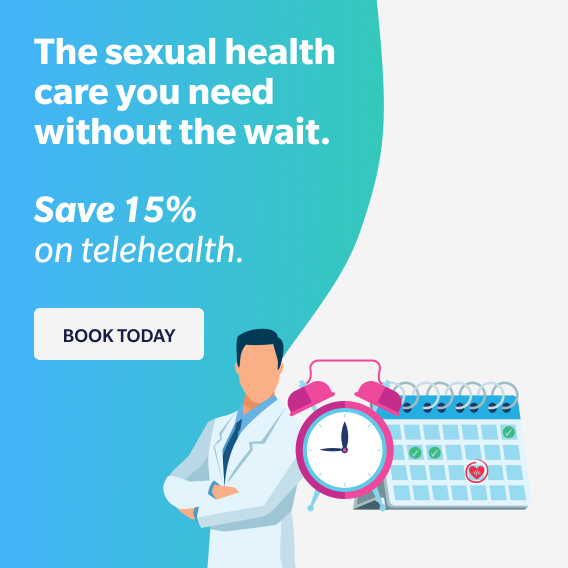 next article
Avoid These Workouts During Pregnancy