Scientists Report Possibly Curing HIV in a Woman
Two men have previously been cured, but this latest case required a new approach. During the Conference on Retroviruses and Opportunistic Infections, taking place in Denver, Colorado, medical experts announced an HIV-positive woman was cured of the virus.

Two other patients had previously been cured of HIV, known as the "Berlin patient" (Timothy Ray Brown), and the "London patient" (Adam Castillejo). This latest breakthrough, now known as the "New York patient," is the first time doctors have achieved this triumph with a woman, though notably, the virus apparently eliminated on its own in two other female patients.

Brown and Castillejo both underwent stem cell transplants from donors possessing a genetic abnormality that grants natural HIV resistance to the immune cells targeted by the virus. However, the transplant's success has proven difficult to replicate, as the genetic abnormality primarily exists in people of Northern European ancestry, and even among them, only at a rate of about 1 percent. This makes donations with the abnormality difficult to find and more likely to be rejected by the immune systems of non-white patients. In the United States, 40 percent of the nation's 1.2 million HIV-positive people are Black, 25 percent are Hispanic.

Furthermore, since the goal of the treatment is to entirely replace a patient's immune system, it can only be achieved with the aid of chemotherapy and radiation, which attack the existing immune system. Experts strongly emphasize this is an unethical risk to take on patients who are not already undergoing such treatment for cancer. Brown, the first confirmed cured case, was battling acute myeloid leukemia at the time of his treatment, and Castillejo, Hodgkin's lymphoma. The New York patient, treated at Weill Cornell Medicine in New York City, was diagnosed with HIV in 2013 and leukemia in 2017.

The patient identifies as mixed-race, stacking the odds against her for a successful HIV-immune genetic match. However, unlike previous confirmed-cured patients, she underwent a modified type of stem cell transplant called a haplo-cord transplant. With this method, a patient first receives a transplant of umbilical cord blood, and then, a day later, a larger graft of adult stem cells. Experts call cord blood more "adaptable," and more likely to be accepted by the body, but it doesn't yield enough cells to effectively treat cancer. The adult stem cells donation supplements volume, which helps the cord blood cells engraft sooner, making the therapy more likely to succeed.

In the New York patient's case, both the cord blood and adult stem cell donations were only partial matches, but the combination of the two made them more adaptable to her body. However, the therapy still won't work for everyone. As reported by NBC, Koen van Besien, M.D., Ph.D., director of the Stem Cell Transplant Program at Weill Cornell, said about 50 patients in the U.S. could benefit from the therapy every year.

Researchers at the conference announced that the New York patient has now been in remission from leukemia for four years, and three years after the haplo-cord transplant, she and her doctors made the decision to discontinue her HIV treatment (antiretroviral treatment). It's since been 14 months, and even with extremely sensitive testing, doctors cannot find any HIV capable of reproducing in her immune system. Even when researchers attempted to infect her immune cells with HIV in a lab, the virus did not take.

However, the authors of the New York patient's case study emphasize this is only a possible cure. Multiple years will have to pass without reemergence of the virus to truly mark success. 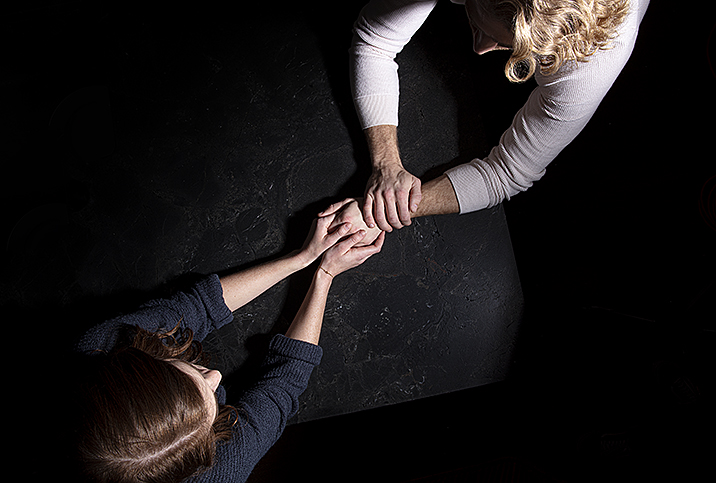