When to Have Sex (or Not) With a Urinary Tract Infection

These painful occurrences can be the ultimate pleasure blocker, so get creative.

Urinary tract infections (UTIs) are a blight on anyone with a vagina, making avoiding them a constant mission.

These infections are a common occurrence discussed in either hushed whispers or with raucous laughter over a glass of wine—consumed only after the infection has cleared, of course.

Whether they are triggered by holding urine in for far too long, wiping the wrong way or forgetting to pee after having sex, UTIs love to interfere with our bodies and put up a painful barrier to sexual satisfaction.

What is a UTI?

Symptoms of a UTI are primarily related to your urine, including foul-smelling pee, a dark, cloudy color, painful urination, a constant urge to urinate and frequent urination. UTIs may also cause pelvic pain in people with vaginas.

Approximately 10 in 25 women and 3 in 25 men develop symptoms of a UTI at some point in their lifetime, according to the Urology Care Foundation.

Mild UTIs can be treated using over-the-counter medicines and pain relievers, but they often need to be treated with antibiotics. The types used are generally amoxicillin, doxycycline, quinolones, cephalosporins, nitrofurantoin and sulfonamides.

Although men can contract a UTI, women are considerably more likely to get them because their urethra is shorter, making it easier for bacteria to enter the bladder. Plus, due to some unfortunate biological manufacturing, the opening of the urethra is nearer the anus and vagina, where bacteria commonly dwell.

"You can reduce the risk of UTI by keeping your genitals clean after using the toilet, staying hydrated to flush out the harmful bacteria from your body, urinating often to prevent irritation of the bladder, and peeing after sex to prevent bacteria deposited by your partner from attacking your urinary tract system," Cremers said.

It's also important to wipe from front to back when using the bathroom to minimize the chance of passing bacteria into the urethra.

Sexual impact of a UTI

The impact of a UTI on sexual function is pretty straightforward: It hurts.

UTIs generally cause a lot of pain and a feeling of pressure around the pelvic area, mons pubis, urethra and vagina. The general pain and discomfort are enough to put most people off any sexual activity and can make vaginal penetrative sex particularly painful.

The associated mental impact, triggered by the pain and often resulting in a general feeling of malaise, may make it difficult to engage the sexual part of our brains. Among all people, UTIs can decrease sexual desire and libido.

"For low libido, I advise you to sweat—aerobic and strength training—be open with your darling and carve out time to connect with your partner," Cremers said.

Despite the myths circulating on the internet, a UTI cannot be transmitted between partners.

"If you have sex with someone infected with UTIs, chances are you will not get the condition," Cremers said. "The reason is that the condition is neither sexually transmitted nor contagious."

The simplest—and best—approach to managing the sexual impact of a UTI is to not have sex at all.

"I don't advise my clients to have sex while dealing with a UTI," Cremers said. "Having sex can cause irritation of the urinary tract or allow harmful bacteria to spread to the urethra, making [the] UTI more aggressive."

As vaginal penetrative sex inevitably involves rubbing two pairs of genitals against each other, there is an increase in sweat, bacteria and other fluids. These can make their way into the urethra and trigger or worsen a UTI. Laying off penetrative sex for a while allows the infection to clear up faster; continuing with sex will likely just extend the pain.

Next up, communicate what is happening with your partner, as Cremers outlined.

Sometimes partners can be unsympathetic and may prioritize their pleasure over your comfort. If this is the case, first consider whether they are the right person for you, because a healthy partnership should never compromise one person's well-being for the sake of another's pleasure.

Otherwise, explain clearly and concisely how the UTI is affecting you and set a clear boundary that sex won't be taking place until it has fully healed.

Avoid penetrative sex at all costs. It has the highest likelihood of exacerbating the existing infection and prolonging the healing process.

If sexual satisfaction feels more important than healing from the infection first, prioritize clitoral stimulation or focus the sexual attention on your partner by performing oral sex or using toys on them. If you plan to use toys on yourself while dealing with a UTI, give them a thorough cleaning first.

Once the infection has cleared, you are free to get down and dirty again. If you are struggling to reengage with sex, remember that as long as you follow the sacred rule of peeing after sex, it is unlikely that you'll get another UTI anytime soon. You can move back into freaky time with a peaceful mind. 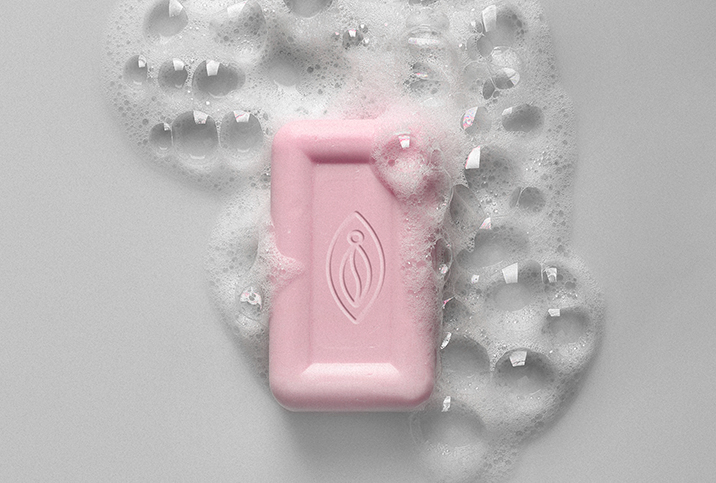 Sex and Libido
My Battle with Painful Sex: A Psychological Dyspareunia Diagnosis
By Courtney Johnston
Up to 20 percent of women suffer dyspareunia. Here’s a journey through the psychological causes.
next article
How Long Do I Have to Wait for Sex After a Yeast Infection?