Questions on Transvaginal Mesh for Vaginal Prolapse Remain After Study

The FDA mandated new research on this controversial treatment after banning it in 2019. 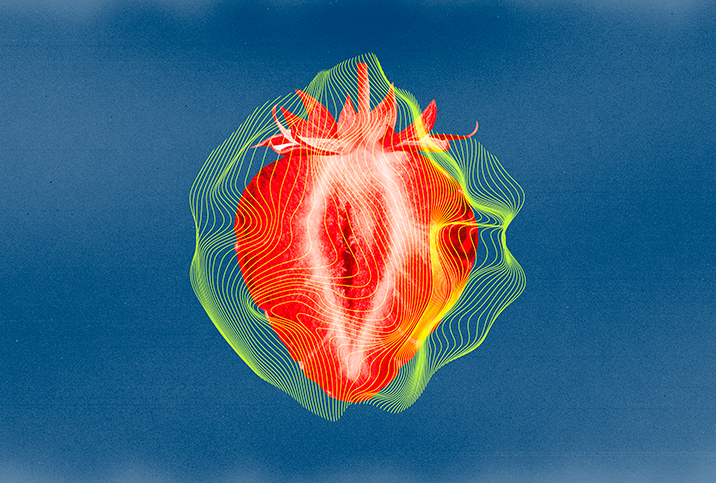 A May 2022 study published in the medical journal Obstetrics & Gynecology compared the safety and effectiveness of transvaginal mesh repair with native tissue repair for treating pelvic organ prolapse. The study was conducted in response to a U.S. Food and Drug Administration (FDA) mandate to research transvaginal mesh, a controversial treatment the FDA banned in 2019.

Unfortunately, questions remain despite this new research because the study did not find transvaginal mesh to be significantly superior or inferior to native tissue repair, and the FDA required a "superiority benchmark" to be met in order to reconsider this treatment option.

What is pelvic organ prolapse?

Pelvic organ prolapse (POP), also called vaginal prolapse, is a protrusion of pelvic organs, including the vagina, bladder, uterus and rectum, into or through the vagina, explained Oz Harmanli, M.D., professor of obstetrics, gynecology and reproductive sciences and chief of urogynecology and pelvic reconstructive surgery at Yale School of Medicine in New Haven, Connecticut.

"A degree of prolapse has been found in up to 40 percent of the general female population," Harmanli stated. "Even though not life-threatening, this is quite a bothersome problem for 2 percent to 8 percent of adult women."

Several types of surgery are used to treat pelvic organ prolapse, but the use of transvaginal mesh has remained controversial.

Transvaginal mesh is a synthetic, net-like material that is used to provide support in repairing weakened or damaged tissue, explained Kecia Gaither, M.D., board-certified in OB-GYN and maternal-fetal medicine, and director of perinatal services at NYC Health + Hospitals/Lincoln in the Bronx in New York City.

"There are animal-derived types of mesh which are made of animal tissue as well. Vaginal mesh can be used in a surgical procedure for pelvic organ prolapse repair," she explained.

When using transvaginal mesh, the surgeon makes an incision in the vaginal wall and inserts mesh to help hold up the prolapsed organs. "It serves to reinforce a weakened vaginal wall for POP repair," Gaither said.

Traditional surgery for POP repair involves lifting the pelvic organs and using the patient's own tissue to anchor it in place using sutures. This is the native tissue repair option referred to in the FDA-mandated study.

"However, in severe cases, this approach fails in up to 30 percent of patients in their lifetime," Harmanli stated. "Surgeons began to offer transvaginal mesh procedures to improve the success rate and prevent further surgical treatment for recurrent cases."

"Mesh products are effective in treating prolapse and potentially may reduce the risk of prolapse recurrence after surgery as compared to more traditional, non-mesh repairs," said Fenwa F. Milhouse, M.D., a urologist at Duly Health and Care in Illinois.

In 2019, the FDA ordered all manufacturers of surgical mesh intended for transvaginal repair of pelvic organ prolapse to stop selling and distributing this product.

"This was because of the increased risk of mesh complications observed with transvaginal mesh for prolapse," Milhouse stated.

Gaither said complications of using transvaginal mesh for POP may include:

"It is extremely important to differentiate this from vaginal mesh used for stress incontinence [bladder leak with activity] or mesh placed through the abdomen for prolapse, both of which are still widely done, widely accepted and considered lower-risk mesh procedures," Milhouse added.

To be clear, the FDA did not restrict using mesh for POP when performing surgery through the abdomen. Additionally, the ban does not affect the use of transvaginal mesh to treat stress urinary incontinence. The FDA ban was strictly on using mesh transvaginally to treat POP.

"When there was a clear increase in reported complications, the FDA needed to scrutinize the data and request further prospective follow-up," Harmanli explained.

The FDA's first reaction was to mandate manufacturers to perform three-year prospective studies to investigate the effectiveness and safety of transvaginal mesh procedures. However, before these studies were finalized, the FDA banned these products, likely due to increased public concerns in 2019.

The results of the study

"Basically, the aim of the study was to compare treatments utilizing transvaginal mesh versus native tissue in POP repair to see if there was clear superiority of one methodology over the other," Gaither said.

The study suggested that transvaginal mesh was as safe as native tissue repair but not superior to it.

The FDA's Obstetrics and Gynecology Devices Panel had previously concluded that transvaginal mesh for prolapse repair must show superiority over traditional native tissue repair to justify the higher risks of this treatment option.

"This study showed noninferiority, which may not sway the FDA to reverse its ruling," Milhouse explained.

"Even though the study was favorable with respect to benefits and risks, the FDA was not convinced that keeping the medical devices used for transvaginal approach on the market would benefit the general population," Harmanli added.

Though transvaginal mesh is not currently an option for repairing vaginal prolapse in the United States, Gaither advised there are still several other treatments available:

"We have been using mesh for prolapse repair via the transabdominal route for decades," Harmanli said. Previously, this approach could be performed only with a large cut in the abdomen (open technique) until laparoscopic and robotic routes were developed and became standard.

"Today, for those severe cases in which we do not think transvaginal native tissue repair will be effective, these minimally invasive transabdominal mesh procedures are commonly performed," Harmanli concluded.