Every Time I Used Soap Down There, I Got Itchy Skip to main content

Every Time I Used Soap Down There, I Got Itchy

I have only a few distinct memories from my childhood. One of them was the first time I realized something about my body could be wrong.

My mother and I were in the bathroom, standing in front of a sink filled with warm water. I was maybe 5 or 6 years old, and she was instructing me in the fine art of the sponge bath. When it was time to wash down there, she said, "Keep washing it until it's clean."

She hesitated for a beat before declaring, "When it doesn't smell anymore."

I sniffed the washcloth, and sure enough, through the fresh scent of Ivory soap came a slight odor of something else. Was it urine? What was it? I didn't know. Whatever it was, it was obviously bad. I rubbed more soap onto the washcloth, and washed and rinsed again and again until all I could smell on the washcloth was soap.

Me and my aroma

As women, we are raised to be critical of so much about ourselves: our weight, our looks, our bodies and the odors they produce. We are programmed to be ashamed of the smell of our sweat, menstrual blood and the natural odor that accrues between our legs by the end of the day.

I was never one to douche, but I purchased my first can of feminine hygiene spray in high school. It was full of chemicals, all listed in the ingredients on the side of the can. The scent reminded me of bathroom spray in the worst way, so eventually, I switched to sprinkling liberal amounts of baby powder in the crotch of my underwear. Baby powder was made for, well, babies. What possible problems could it cause for a near-adult?

Plenty. In the 1970s, we learned naturally mined talc contained traces of asbestos, which could cause ovarian cancer. So there went my powder.

We are programmed to be ashamed of the smell of our sweat, menstrual blood and the natural odor that accrues between our legs by the end of the day.

The two constants in my crotch-odor control repertoire were soap—copious amounts of soap—and itching. It took three decades for me to connect the two. In my late 30s, during my annual OB-GYN appointment, I casually mentioned the itch as I lay on my back, staring straight up at the ceiling.

"By the way, I get a lot of itching on my external labia," I said, while my doctor swabbed my cervix. "Does anything look wrong to you?"

"I don't see anything," she said. "Are you using deodorant soap or something like that?"

"No, I use a mild one with no perfumes or dyes."

That was it. After 20-something years, I'd finally built up the courage to ask about my itch and all I got from my doctor was, "I don't know."

It was time to ditch the itch

I decided that if I wanted to stop the itch, I was clearly on my own.

Eventually, I found some success with a naturopathic calendula cream, which I assumed was safe…until a few weeks ago.

While conducting research for an assignment, I fell down the rabbit hole of vaginal and vulval health, which, of course, led me to hygiene. The information on the vagina was familiar: no soap inside and limited, if any, douching. The main recommendation for the vulva was to use mild soap—but very little of it.

But the one recommendation that leaped out at me was to just use plenty of warm water. No. Soap. At. All. 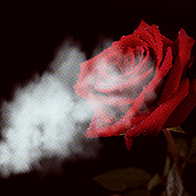 No, Your Vagina Does Not Actually Need a Steam Cleaning 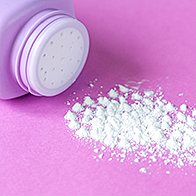 The Connection Between Baby Powder and Ovarian Cancer

What did I have to lose? I'm a freelance writer who works at home. If the experiment failed, my partner and my dog would be the only ones to suffer the stank, and it could be easily rectified.

The next day, instead of lathering up my hand to wash my privates, I adjusted the showerhead, put one leg up on the edge of the tub and sluiced as much water into the area as possible, being sure to open the labia to get deep into the folds. I dried and dressed, as usual, not telling my housemates of my new regime but paying close attention to any odor that might arise.

Lunchtime came with no complaints of smells. Then dinner passed with nary a word. Finally, bedtime arrived and even after climbing in next to my partner, there were no remarks regarding odor. I was positive the water had done an effective job in the cleaning department, and the soapless arrangement resulted in a total lack of itchiness.

In fact, I'm three weeks into my new practice and I haven't suffered one case of itching or any issues with odor. I feel just as clean and more comfortable.

Perhaps I should have given soap the slip sooner.