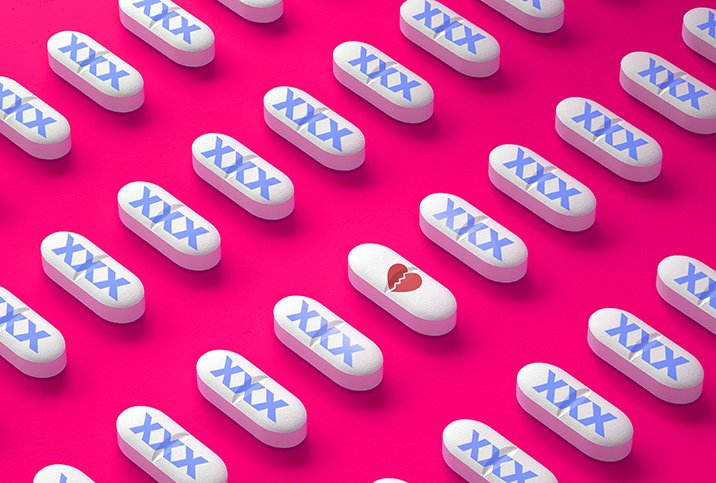 Here's a riddle for you: When is Viagra not Viagra?

Answer: When its main active ingredient is hidden in over-the-counter products with names such as Stiff Rox, ErectMax and X Rated Honey for Men.

The Food and Drug Administration (FDA) is cracking down on sexual enhancement products, often represented as dietary supplements, that contain potentially harmful hidden ingredients. In 2021, the FDA posted at least 25 public notifications warning consumers not to use these products, which are typically sold on websites, including amazon.com and walmart.com, and in retail stores.

Each of the cited products contains the active ingredient for Viagra or Cialis, well-known prescription medications used to treat erectile dysfunction (ED). These sexual supplements might sound appealing, except FDA approvals of Cialis and Viagra are restricted to use under the supervision of a licensed healthcare professional. In other words, they require a prescription, and selling them without a prescription is illegal, said Petar Bajic, M.D., a urologist with the Cleveland Clinic who called this trend a "major ongoing issue."

Some men may think, "What's the harm in popping a supplement to help your penis pop up?" The harm may come from side effects or adverse interactions with prescription medications. The undeclared ingredients in supplements may interact with nitrates found in some prescription drugs and lower a person's blood pressure to life-threatening levels. People with diabetes, high blood pressure, high cholesterol or heart disease often take nitrates.

The undeclared ingredients in supplements may interact with nitrates found in some prescription drugs and lower a person's blood pressure to life-threatening levels.

Viagra, Cialis and similar prescriptions have gone through the rigorous FDA testing and approval process to be verified as safe and effective for treating ED—supplements have not. In fact, supplements are not required to meet any specific criteria to be sold commercially, Bajic said.

Men suffering from erectile dysfunction should take the time to go to a doctor and get a prescription, if applicable.

"These problems are very, very common, and this is what we do for a living," Bajic said. "There's always a way for us to help. I think it's a mistake to try to find what is the most convenient option, because that is definitely not always the one that is most likely to fix the issue.

"There's really not anything out there that works nearly as well as the many different treatment options that we have and we use every day," he added.

The first line of treatment

Medications such as Viagra (sildenafil), Cialis (tadalafil) and Levitra (vardenafil) are part of a family of medications called phosphodiesterase 5 (PDE5) inhibitors. They are considered the first-line pharmaceutical therapy for erectile dysfunction from an organic cause, or not purely psychological, said David Yao, M.D., a urologist with UCLA Health.

"About 80 percent of men will respond to one of these medications," Yao said. "All three medications have similar efficacy and side effects. I tend to use sildenafil first because it is usually the more cost-effective."

ED prescriptions—and supplements that contain the same active ingredients—can have potentially serious side effects if used in combination with other certain medications. If men take nitroglycerin-containing medication, which is prescribed for some men with a history of heart attack or chest pain, then they cannot take PDE5 inhibitors. The combination could cause a severe, rapid and dangerous reduction in blood pressure, Yao said.

"It's very important that whoever's prescribing these medications review any other medical issues, any other prescriptions, and make sure that there are not any side effects," Bajic said.

Men with liver or kidney dysfunction should use a lower starting dose of PDE5 inhibitors, Yao said. 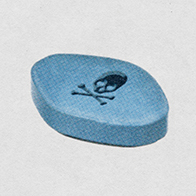 "To minimize side effects, I always recommend that men take the lowest dose of PDE5 inhibitors needed to achieve a satisfactory erection," he said.

Long before PDE5 inhibitors came along, supplements and "natural" herb remedies were used in efforts to treat erectile dysfunction, Yao said. But they have not been studied in large, high-quality trials, and the amount of the active ingredient can vary greatly from product to product and batch to batch, making the risks unpredictable.

"Just because a product claims to be natural does not mean the product is safe," Yao said. "I recommend all men talk to their doctor before trying a supplement for erectile dysfunction, especially if they are taking prescription medications or have a chronic health problem, such as diabetes or heart disease."

To be clear, prescription medications for ED are not for everyone—some patients don't like them or don't respond favorably to them. But if a patient doesn't respond to meds, treatments such as vacuum and constriction devices—Eddie by GiddyⓇ is a medical-grade, FDA-registered wearable—injections and penile implants are also available.

Are any sexual supplements safe?

Bajic emphasized the sexual supplements cited by the FDA for issues such as hidden ingredients are different from commonly used dietary supplements, such as amino acids, that are marketed as having purported benefits for sexual function. He noted that while there is preliminary, low-quality evidence supporting some of these dietary supplements and they are generally safe, they have not been proved effective in the same way as prescription medications.

Given the proven effectiveness and safety of prescription ED drugs, and their general patient satisfaction, Yao is not a big proponent of using outside supplements to treat erectile dysfunction. One exception is L-citrulline, an amino acid. When taken orally, L-citrulline is changed by the kidneys into another amino acid called L-arginine and the chemical nitric oxide, Yao explained. Nitric oxide causes the arteries to relax and open up, which improves blood flow throughout the body, including the penis. Good blood flow is essential to erections.

Additionally, ginseng and low doses of dehydroepiandrosterone (DHEA), a hormone, have been studied in people and shown some positive results, and they are generally safe, Yao said.

What to do about sexual supplements

In response to the FDA notifications, at least a couple of the cited companies implemented voluntary recalls of their tainted products, including Alpha Male Plus Male Enhancer and Adam's Secret Extra Strength 1500 and 3000.

The pitfall in the process appears to be that sexual enhancement products are often promoted by manufacturers as "dietary supplements," which are usually thought of as vitamins, minerals, botanicals and probiotics. Dietary supplements are regulated by the FDA as a subcategory of food products rather than medications, according to Pieter Cohen, M.D., an associate professor with Harvard Medical School and the leader of the Supplement Research Program for Cambridge Health Alliance in Massachusetts.

Cohen was not available for comment, but he spoke about dietary supplements and their categorization in a July 2021 interview with the American Medical Association.

"What it means is that the manufacturer can introduce anything into the market that they believe is safe, and the FDA's job is to identify the products that are causing harm after they've been on the market and remove them from store shelves," Cohen said. "The problem that we've had in recent years, especially, is there's been an explosion of new ingredients."

'You don't need to just take a pill you found online that says it's going to make you like you're 20 years old again.'

New ingredients can pose potential health risks and create an unsafe marketplace, said Cohen, noting it's estimated that more than 75,000 dietary supplements are on the market and more than 50 percent of U.S. adults are using some type of supplement.

Doctors need to be advocates for quality and safety, and report any adverse effects from supplements to the FDA's MedWatch program, Cohen told the AMA. He added that better laws are needed to give the FDA the tools it needs to test products, enforce guidelines and take dangerous products off the shelves as quickly as possible.

Bajic said he sees many men in their 30s, 40s and 50s who take a lot of supplements. Patients may not think it's important to tell their doctors about the supplements they're taking, but they need a qualified healthcare professional to determine the safety and potential side effects of any supplement or drug.

If you're concerned about erectile dysfunction, don't reach for your mouse to click "Submit Order" for an online supplement—reach for your phone and call your doctor to discuss the best options for you.

"You don't need to just take a pill you found online that says it's going to make you like you're 20 years old again," Bajic said. "I mean, realistically, you think about that—it's probably not true." 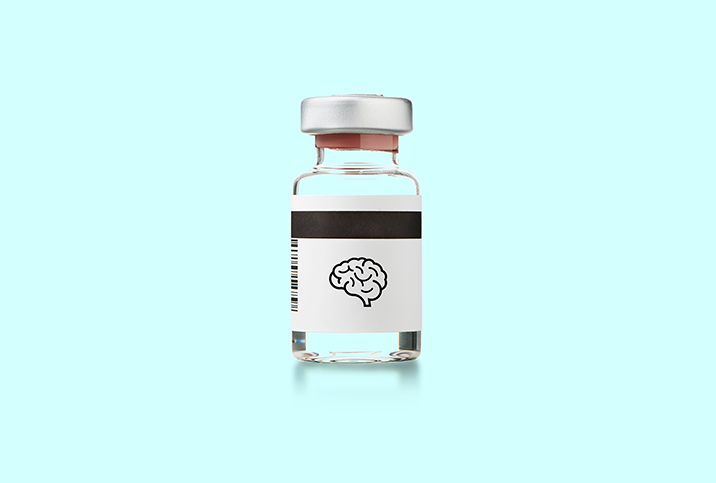 6 Months Later, What We Know About the FDA-Approved Alzheimer's Drug 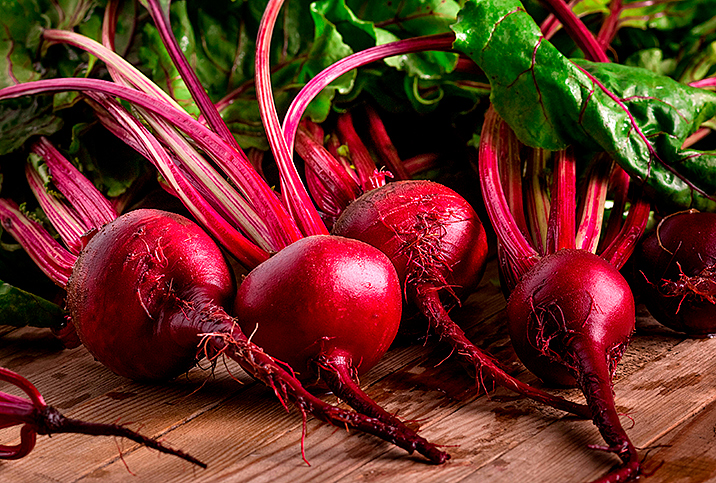 I Feel the Need, the Need for Nitric Oxide 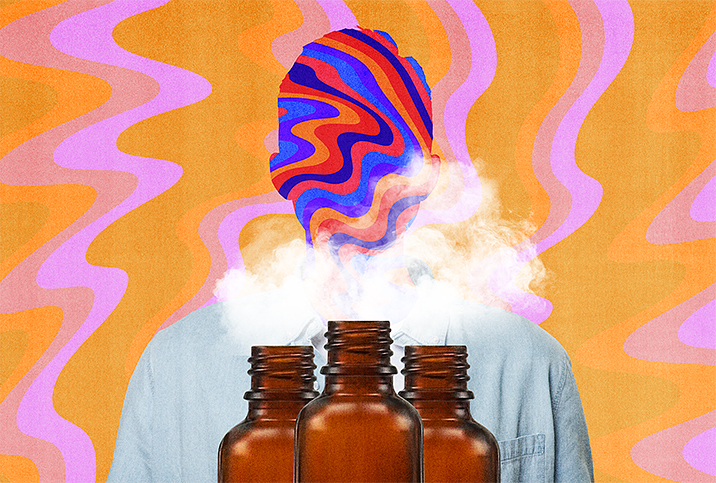 The FDA Says Poppers Can Kill You. Will Anyone Actually Listen? 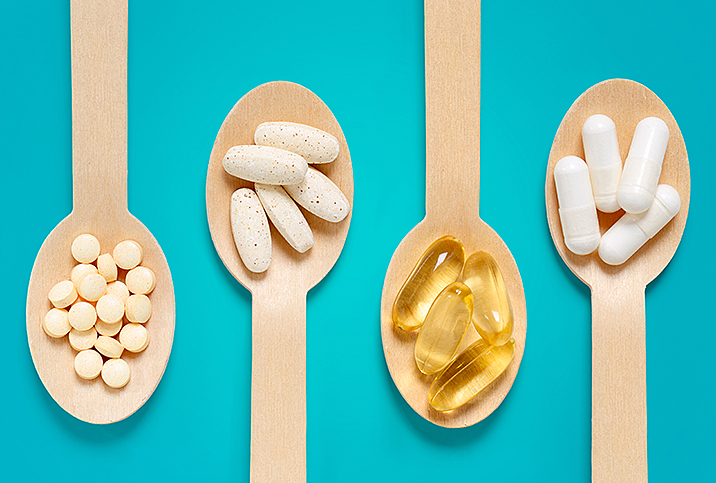