Sex in the Future: How Technology Is Changing the Ways We Connect Technology transforms people’s lives, from how they shop and eat to how they learn and behave—sex is no exception. The $30-billion-per-year sex-tech industry has revolutionized how people experience sexual pleasure and gone even further to address issues related to sexual health, sexual violence and more.

While about 70 percent of sex product companies are led by men, younger female-run startups Dame, Lorals and Lioness (and many more) are forging a new direction in the industry. Lora DiCarlo’s eponymous brand made headlines when its star product, the Ose, won a CES Innovation Award in the Robotics and Drone category at the 2019 Consumer Electronics Show, only to lose it a month later on the grounds of being “immoral, obscene and indecent.” While the award has since been restored, the debacle and the surge of companies like DiCarlo’s have put more eyes than ever on new, forward-thinking ways to put tech in the bedroom.

So what kinds of products are these companies making? From sex toys to pornography, tech is changing how people engage in intimacy, both alone and with others. Apps and web platforms can help increase access to sexual health and education. Various smart devices even claim to help improve sexual performance. Whether you’re looking for a better climax or a better relationship, there’s a piece of sex tech on the market—or in development—perfect for you.

The quintessential image of a sex toy is a phallus, brightly colored to emphasize its otherness and made distinctly to be inserted. With heterosexual men at the drafting desk, straight male assumptions about sex inherently bleed through into the products. But with more women and LGBTQIA+ minds at work in the industry, the design of sex toys is changing.

These toys come in a variety of fascinating shapes meant to hug the body and pinpoint pleasure centers in new ways: distinctions are made between rumbling and buzzing vibrations, broad and sharp pressure, ridges and smooth surfaces. They’re body-safe and designed for aesthetics, with some crafted to be worn as jewelry. Bluetooth-enabled vibrators can sync with music or allow long-distance partners to play in real time. The rabbit-style vibrator from Lioness, one of the aforementioned female-fronted companies, syncs to a smartphone and uses force sensors, gyroscopes, temperature sensors and an accelerometer to track orgasms and display them in graphical form, allowing users to track climaxes with multiple data points.

Why stop at one toy when you can get a full-body experience—literally, a full body? In 2020, sex doll manufacturer Sex Doll Genie announced the production of models that breathe and have a heartbeat, which will join its lineup of dolls that speak, sing and respond to a user’s touch and voice. Industry pillar RealDoll has its own artificial intelligence (AI) robot line, RealDollX, featuring modular heads users can control from an app. It might seem excessive, but proponents argue it’s an improvement in a field that strives to combat loneliness and facilitate intimacy for people who may have trouble with it.

However, the introduction of AI into sex dolls poses serious legal, ethical and health questions. If a sex doll can "think," does it have an obligation to consent? Would creating sex dolls modeled after certain people pose a problem in court? Sex toys and dolls aren’t regulated in the United States. At what point does this become a liability issue for injury or harm?

With only 60 percent of U.S. states requiring sex education in school, and with not all of them requiring medically accurate education, the country struggles in making sure students (and adults) are informed about sex. Sex tech aims to help bridge this gap, with multitudes of new apps intended to help people learn more about their sexual health and pleasure.

Some apps such as Maven allow users to ask sexual health questions and get personalized answers, while others, such as Sex Positive, use games to educate people about sex or offer guided courses on a variety of topics. Depending on the app, these products may be intended for teens or adults.

Whether it addresses pleasure, education or another aspect of human sexuality, sex tech undoubtedly has the power to drastically change how people engage in sex and relate to each other.

Although many of these new technologies are in their infancy, before long they may make their way to mainstream audiences. So even if you’re used to all-natural sex, it may not be long before high-tech changes make their way into your bedroom. What to Know About Sexting 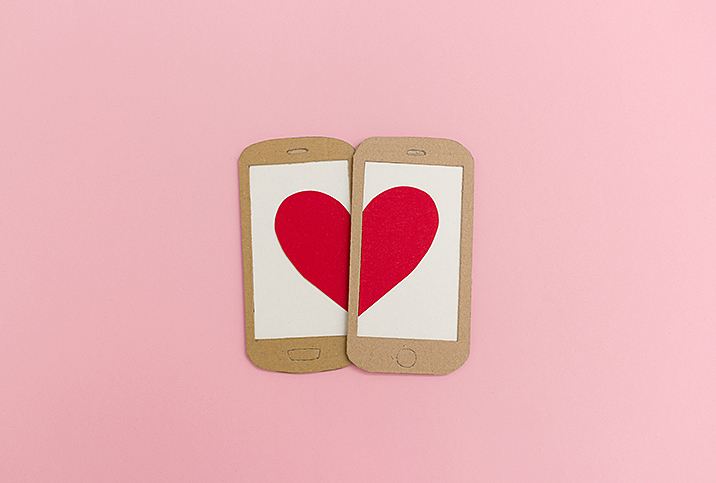