Serotonin: The Complex Ingredient in Depression and Sexual Function Skip to main content

Serotonin: The Complex Ingredient in Depression and Sexual Function

If this important chemical messenger is out of balance, libido and mental health can suffer. 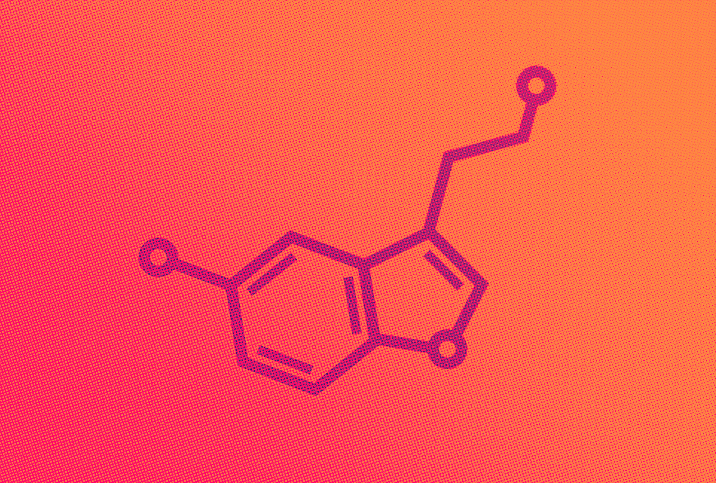 Too little serotonin can lead to depression. Too much serotonin can inhibit sexual function. This dichotomy complicates life if you need to take medication that increases serotonin levels but don't want the sexual side effects.

How does the whole picture fit together? It helps to know what serotonin is, how it ties into depression and sexual function, and what causes serotonin levels to change.

Serotonin is a chemical messenger, called a neurotransmitter, made in the brain. It helps relay signals from one area of the brain to others. It plays a role in several bodily functions, including bone metabolism, cardiovascular health, blood clotting, neurological disorders and digestion.

Regarding brain function, serotonin affects mood, sexual desire, sexual function, sleep, appetite, memory, learning and some social behavior. Although scientists do not know precisely what causes depression, an imbalance in serotonin may play a role.

If you experience low mood and depression, doctors may prescribe an antidepressant from a group of drugs called selective serotonin reuptake inhibitors (SSRIs). Many people find SSRIs help relieve their symptoms, although the link between depression and serotonin remains unclear.

Some of the SSRIs most frequently prescribed to treat depression, anxiety and mood disorders include:

When your brain sends a signal, it uses a neurotransmitter such as serotonin to deliver the message. Ordinarily, serotonin is reabsorbed by the body after it transmits its neural impulse so it can be used to send the next message. This process is called reuptake.

However, SSRIs stop the body from reabsorbing serotonin, blocking the reuptake process and leaving higher serotonin levels to circulate. High serotonin levels, a potential side effect of taking SSRIs, can inhibit sexual activity.

SSRIs and sexual function in men

While erectile dysfunction (ED) is commonly discussed as a side effect, Werner said it is not typical for men to experience ED problems when taking SSRIs.

"If SSRIs are affecting your libido or delaying ejaculation, then it can have a knock-on effect, as you may not be able to keep an erection long enough to ejaculate," he said. "But SSRIs don't often directly cause ED." Other available medicines help with anxiety and depression by increasing serotonin levels, but they have less effect on sexual function. SNRIs (serotonin and norepinephrine reuptake inhibitors), such as desvenlafaxine, or a new type of antidepressant called Viibryd could be prescribed, Werner said.

"In low doses, both of these have fewer sexual function side effects," he said.

He added another medication your doctor may consider is bupropion (Wellbutrin), which can treat depression, increase libido and increase the threshold for ejaculation.

Many options are available that allow a doctor-patient team to alter or change medications for depression if you find you have problems with sexual function. Most importantly, speak to a doctor about both your mental health and sexual health problems to ensure you get the right multidisciplinary team and medication to support your needs.

Find the balance between depression, medication and sexual function

Treatment options for depression should start with lifestyle modification, according to Amy Pearlman, M.D., a urologist and the director of men's health at the Carver College of Medicine at University of Iowa Health Care.

However, Pearlman acknowledged lifestyle modification by itself is usually not enough to treat depression for many patients. But it can complement other treatments, reduce stressors and build resiliency to relapse.

"Healthy behaviors include exercise, eating healthy, getting really high-quality sleep, engaging in regular socialization and participating in hobbies. Optimizing mental health with these healthy behaviors can also improve sexual function," Pearlman said, adding that men should also be offered psychotherapy because it can be as effective as medication.

Seeing only a psychiatrist might not be enough if they don't ask about your sexual function.

"Although sexual function problems are a known side effect of SSRIs, psychiatrists often neglect to question or address this problem," Werner said

You might need to work with a psychiatrist and a men's health specialist in combination to address mental health and sexual function concerns.

"Understanding one's body, thoughts, emotions, and how performance anxiety and self-confidence play a role in one's health and sexual health are critical," she concluded.

Vaginal Health
How Long Do I Have to Wait for Sex After a Yeast Infection?
By Kitti Palmai