Mindfulness and the Male Erection
Evidence is growing that men with erectile difficulty can benefit from the meditative practice. 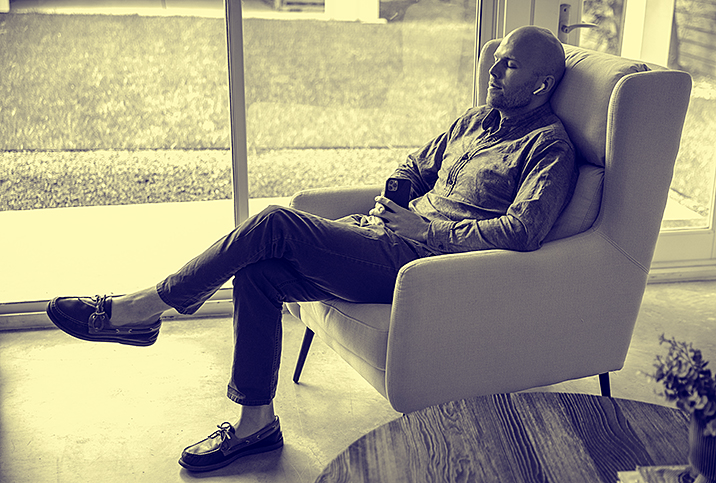 Don Becker had a lot going for him—a successful career in health care, a wife and two children—but he had trouble maintaining an erection during sex. He wasn't alone; tens of millions of men have the same issue. A generally anxious individual, Becker struggled with low sexual desire.

What made Becker different from a lot of men suffering from erectile dysfunction (ED) was how he sought help. He saw sex therapist Jenn Bossio, Ph.D., owner of Tri Health Clinic in Kingston, Ontario.

"We started practicing mindfulness right away," Bossio said of Becker (a pseudonym). "He took it very seriously."

Becker practiced five minutes per day while listening to a meditation. This was formal practice, in which he remained aware of his physical, emotional and mental state in the moment. For informal practice, he performed regular activities—chores as mundane as washing the dishes—mindfully aware and without judgment.

"He had an elderly dog, so he'd often mindfully pet the dog, and the dog loved that, too," Bossio said.

Within a few weeks, Becker began to recognize how busy his mind was when he was intimate with his wife. He realized he wasn't focused because he was worried about his sexual performance and whether his wife was enjoying it.

"As he's practicing the mindfulness, he's able to notice those thoughts," Bossio said. "He's not forcing them away. He's just not interacting with them. He's not getting caught up in those thoughts."

Mindfulness helped Becker bring the focus back to his wife.

"He started really enjoying it, and his erections were perfectly fine," Bossio said. "He didn't need any medication. He just needed that coming back into the moment."

Becker's is a success story of how practicing mindfulness—present-moment, nonjudgmental awareness utilized in a compassionate way to yourself—can help men with ED, the inability to achieve and keep an erection during intercourse.

Research is limited, but the approach is promising

Mindfulness‐based approaches have been used with promising results in the treatment of sexual dysfunction, according to Ana Luísa Quinta Gomes, Ph.D., a psychologist and researcher at the Centre for Psychology of Porto University in Porto, Portugal.

"Taking into consideration that attentional processes during sexual activity are central to sexual response and may facilitate the experience of subjective sexual arousal, there is a clear theoretical background to support the potential benefits of mindfulness‐based approaches to ED," Gomes said in an email, adding that while studies of men with sexual dysfunction are limited, the integration of mindfulness in ED treatment is promising.

Bossio and Lori Brotto, Ph.D., a psychologist and the director of the University of British Columbia Sexual Health Laboratory, have conducted some of this research. In 2018, they undertook the first study to adapt mindfulness protocols for use with male sexual dysfunction. The study, which was small and didn't draw conclusions about efficacy, suggested mindfulness group therapy offers a feasible treatment option for men with situational ED, or ED that shows up in specific situations.

Mindfulness teaches men to stay in the moment and not fall down a rabbit hole of worries and "catastrophizing," she said. Physically, the body's stress response system can directly interfere with its sexual response. Psychologically, distractions, worries, negative thoughts and self-judgments can also negatively affect sexual performance. Mindfulness works on these factors with a multipronged mechanism to improve erectile function.

"What we've found is when this is done with a group format over four sessions, it can be quite helpful to help men overcome some of the symptoms of their ED," Brotto said.

Brotto and Bossio recently finished another small study of male prostate cancer survivors and their partners, which involved a four-session mindfulness-based group intervention. After treatment, the men were found to have moderate improvements in overall sexual satisfaction and large increases in mindfulness.

How therapists can help

It's one thing to learn about mindfulness and its documented benefits, but how can a man with ED put it into practice?

Mindfulness centers men in their body with a feedback loop and helps them understand what's arousing to them, said Kelly Wise, Ph.D., a Brooklyn-based sex therapist and founder of Wise Therapy LCSW. He called the act of getting men to be in the moment a "game-changer."

"Because [of] the pressures of society about how men need to show up sexually and what it means about them if they can't or don't, it really just sets people up for failure," he said. "So we need to reframe their thinking about it."

Emotions are hardwired into us, making it difficult to alter our feelings, thoughts and physical sensations when a situation might call for it, said Louis Pagano, Ph.D., a practicing psychologist in St. Cloud, Minnesota.

"I think that's where a lot of people get stuck and why sometimes a therapist is helpful," he said. "We're naturally kind of judgmental creatures."

Pagano explained that mindfulness allows you to live a conscious, more aware life. Grounding yourself by consciously breathing and directing attention and awareness to the breath is a simple way to start being mindful.

In addition to breathwork, Kegel exercises, yoga, meditation and sensate focus can all potentially help men achieve the mindfulness they need during sex. Sensate focus emphasizes sensuality through touching and being touched.

Bossio noted that any type of mindfulness is helpful, and it doesn't require a lot of time.

"What I tell people is it's frequency over duration," she said. "I'd rather you do one minute every single day than 45 minutes once a week."

Men with ED should definitely try mindfulness before medications, Brotto said. For one reason, adherence rates with Viagra and similar ED drugs are not very high. She estimated at least 30 percent of men don't refill their prescription, possibly due to confusion about how it works or how to get aroused while using the drug.

"There's so much evidence in favor of mindfulness for boosting focus and attention and thoughts about sex and actual response during sex," Brotto added.

Men with ED often don't pay attention to the pleasurable sensations in their body, the look of their partner or any of the cues that may lead to arousal.

"Instead, they're in their head. They're thinking about, 'Am I going to lose my erection or not? What if I can't get it back? What if my partner is unhappy? Are they going to judge me?'" Bossio said. "Mindfulness lets us detach from that train of thought and focus specifically on what's happening right now." 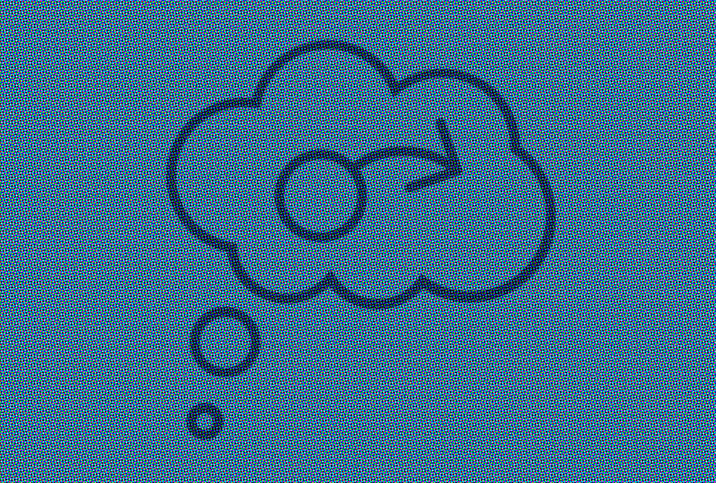 Mind Your Mind and Avoid Common Psychological Causes of ED 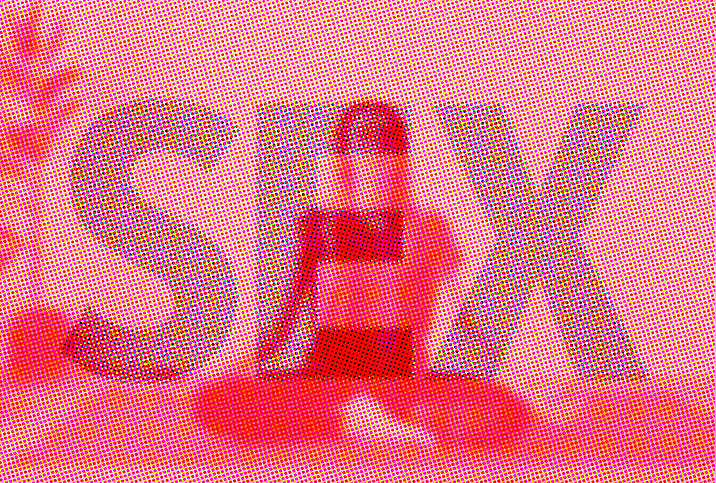 Meditation and Sex: How to Use Mindfulness to Understand Sexuality 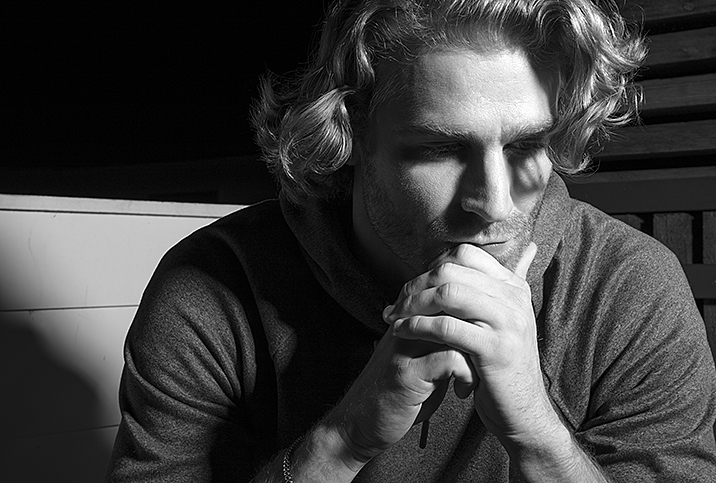 The Mental Impact of Erectile Dysfunction 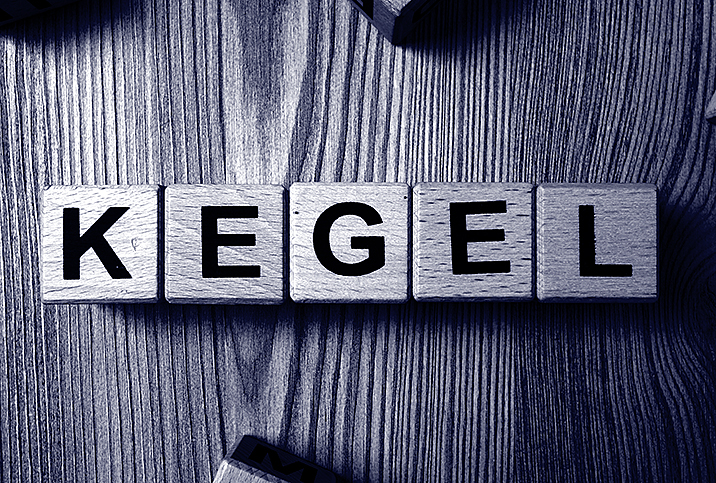