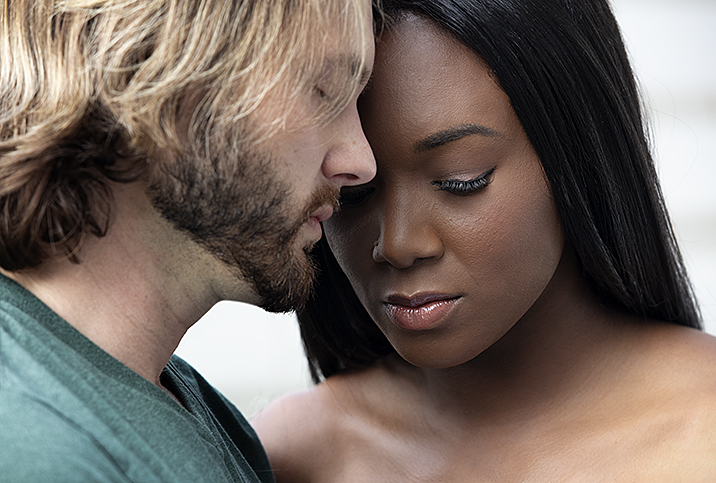 However, by looking at major societal and cultural factors that have contributed to the disenfranchisement of these groups, it's obvious that the infertility epidemic that's affecting American minorities goes hand in hand with the ongoing fight against racial inequality in the United States.

What the numbers say

When the numbers are examined, it's clear that Americans dealing with a racial reckoning that stretches beyond civil rights, attacking the sexual health of communities of color. Studies have analyzed data related to fertility and race, and the numbers are pretty grim.

An extensive report published in 2014 in the Annual Review of Sociology found that rates of completed childbearing were previously higher for Hispanic and Black women. This was due in part to more teenage and young adult pregnancies. Over time, those numbers have fallen, resulting in mostly even rates of family sizes among Black and white women, with Hispanic families being slightly larger on average.

However, we cannot attribute falling rates of completed childbearing only to the reduction in teenage pregnancies. Infertility rates for women of color are staggeringly high in comparison with white women. One common cause of infertility is fibroids, abnormal growths that develop on or in a woman's uterus, and Black women are three times as likely to suffer from them and subsequently undergo myomectomies and hysterectomies. They are also 243 percent more likely to die from pregnancy or childbirth-related causes than white women.

And it's not just women of color suffering from infertility. One study indicated that Black men are more likely to have lower sperm concentration and count and suffer from oligozoospermia (low concentration of sperm) and asthenozoospermia (reduced sperm motility). Unfortunately, men of color have been regularly excluded from fertility studies, resulting in limited data.

What's the cause of these discrepancies and health issues? Well, there seems to be myriad possibilities. First, there is the general discrimination that people of color face on a daily basis. One study identified racial discrimination and microaggressions as a significant and constant source of anxiety, stress and depression. These issues by themselves can contribute to low sperm count and lowered testosterone levels, both of which affect sperm motility and quality.

Additionally, increased levels of stress contribute to what researchers call the "weathering hypothesis," suggesting that high levels of cortisol (caused by stress) lead people to age faster, possibly partially explaining why women of color struggle with infertility in comparison with white women.

People of color often face environmental factors that can contribute to higher infertility rates. They are more likely to live in low-income areas, which might include buildings that contain lead. Lead has been found to negatively affect libido, sperm health (including count and motility) and overall fertility rates.

Racial disparities and disenfranchised communities also often translate to a lack of access to cleaner water and healthy food. The resulting unhealthy diet can create issues that negatively affect fertility. One study indicated that consuming foods high in saturated fats and sugars—staples in inexpensive, packaged foods—lead to poorer fertility outcomes.

Lastly, the wage gap between whites and minority groups plays a major part in lowering fertility rates by reducing the amount of medical care and essential items that people of color can purchase. This means less access to health care, preventive treatment and early detection exams.

A cycle of low access to medical care—as well as the documented poorer quality of treatment for people of color—has led to a high level of distrust toward medical professionals. This means people of color are often less likely to go to their doctor with concerns, preventing them from seeking medical attention for fertility issues.

While we cannot point to one specific cause for higher infertility rates in people of color, it is obvious that sexual health education, healthcare options and environmental conditions in the U.S. haven't grown to adapt to the dynamic needs of different groups. More studies need to be conducted on the race-related fertility issues that the U.S. is facing. Until then, the causes of this crisis won't be clearly understood, but the effects will be abundantly evident.