An Ectopic Pregnancy Is Not Compatible With Life

When a fertilized egg implants outside the uterus, it must be removed to save the woman.

Most of us who've had a little sex ed know the uterus is where a developing pregnancy occurs. But you may not know that fetuses can actually attach outside the uterus in a dangerous situation called an ectopic pregnancy.

To be clear, the uterus is the only location for a healthy, viable pregnancy to grow, but that's not always what happens.

While most ectopic pregnancies occur in a fallopian tube, fertilized eggs can implant in other unsafe places, including the ovary, cervix, abdomen, intestines or mesentery, which are the vessels that support the intestines, Lawson explained.

"Also, rarely, they can implant actually in a C-section incision, which technically is part of the uterus," she said.

How does such a specialized reproductive system commit such a major error? It all comes down to timing; specifically, the timing of fertilization.

"When fertilization happens, the embryo has a timer. It's kind of like that cranky toddler in the airport: 'Wherever I am, I'm sitting down. This is what's happening,'" Lawson described. And then you might not reach your gate in time.

While the location can vary, the vast majority of ectopic pregnancies occur within a fallopian tube. Scarring in the fallopian tubes—caused by a sexually transmitted infection (STI), pelvic inflammatory disease (PID), in vitro fertilization (IVF) or another reason—can offer a place for the fertilized egg to attach.

Regardless of location, an ectopic pregnancy does possess all the same developing tissue as an intrauterine pregnancy. However, the embryo can't be viewed as normal because it is not viable and is life-threatening if not removed.

What happens to an ectopic pregnancy?

The length an ectopic pregnancy can sustain itself depends on its placement. If the fertilized egg latches onto a smaller, less flexible body part, such as the fallopian tube, it may progress no longer than a few weeks. If it latches onto the abdomen or, in even rarer instances, the liver, that pregnancy may be able to continue into the second trimester.

This does not mean the pregnancy will result in a baby—it will not. No amount of time can change that fact when dealing with an ectopic pregnancy.

"Couples, particularly those who have been trying to conceive for a while, can have a very difficult time hearing that their otherwise viable pregnancy can go no further and is actually a major health concern to the mother," said Adrienne Crowe, C.N.M., who works in Denver and is the author's mother. "People want to be able to keep the pregnancy, but there's no saving it. When we diagnose an ectopic pregnancy, the priority is protecting the mother's health."

Lawson and Crowe agreed that the discomfort resulting from a first-trimester ectopic pregnancy—while impossible to ignore—varies by individual experience. Some women accustomed to painful periods may not realize the situation is dire. If overlooked, however, the discomfort of an ectopic pregnancy can rapidly become internal bleeding. 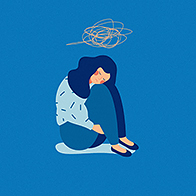 Self-Care Is Necessary After Pregnancy Loss 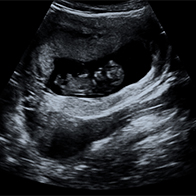 There's no way to prevent ectopic pregnancies, although regular STI testing can prevent the kind of fallopian tube scarring that facilitates these conditions. The best way to stay safe is to follow up a positive pregnancy test with a visit to your healthcare provider. An ultrasound can confirm whether the placenta has taken root inside your uterus or elsewhere.

Can the pregnancy be saved?

Lawson explained how a pregnancy settles wherever it lands, down to the cellular level.

"The placenta and the cells that form the placenta need to invade into the endometrium, the lining of the uterus. And so there's actually cells that invade them. There's no way for you to go in at a microscopic level and remove those cells that have invaded into the tissue and then take them to another place," she said.

"Speculation [has] been rampant. I've heard congressmen suggest that that's possible [for] the fetuses to be removed and placed in other places. But it's not," Lawson concluded.

Given these facts, the term "ectopic pregnancy" can feel like a cruel misnomer. For a parent's intents and purposes, this isn't a pregnancy; it's a life-threatening condition.