5 Tips for Coping With Lichen Sclerosus Skip to main content

5 Tips for Coping With Lichen Sclerosus

The skin condition sticks around long term, so have a plan to manage the symptoms.

After a few months of treatment for what my doctor assumed was probably a chronic yeast infection, the medical team began to query whether I might have something else. When I mentioned a close family member lived with a condition called lichen sclerosus, alarm bells went off for my doctors and they referred me to an OB-GYN for a consultation.

Lichen sclerosus (LS) is a chronic skin condition that primarily affects the vulval area, though it can also affect other areas, including the foreskin in males. Symptoms include thick, white patches of skin, itchiness, tears and lesions due to paper-like skin tissue, and sometimes pain during sex.

The cause of the disease is thought to be an autoimmune disorder, but a number of factors, including genetics, are believed to contribute to it. Though I'm in my mid-20s, lichen sclerosus largely affects older women, especially postmenopausal women. However, it can affect anyone older than 2 years old.

Since my diagnosis, I've been prescribed different treatments and learned numerous different ways to cope with the condition. It's essential for people living with this chronic disease to learn how to keep it under control as much as possible. Additionally, it's imperative to get diagnosed early. While the chance is low, about 2 percent to 5 percent of people living with LS could develop vulvar cancer, though this risk is reduced if sustained treatment is provided as early as possible during the disease's progression.

Here are some ways to cope with this difficult and often painful disease.

The main medical treatment for lichen sclerosus is a topical steroid, either an ointment or a cream, applied to the affected area.

Dermovate is a brand name for a cream or ointment that contains the active ingredient clobetasol propionate, a corticosteroid.

"There is some evidence that maintenance treatment can reduce the number of flares and that keeping LS under control reduces the risk of developing vulvar cancer," Morrison added.

Squamous cell carcinoma is the second-most common type of skin cancer and accounts for around 90 percent of vulvar cancers, most of which are found on the labia.

Alongside the use of topical steroids, people living with lichen sclerosus should keep an eye on their symptoms. If there are any changes, for example, a new ulcer or lump that doesn't improve within two weeks, visit the doctor again as soon as possible.

"Awareness is key, as it's easy to remove a small area of precancer, so don't just sit on it and worry—get it checked," Morrison advised.

"You wouldn't use soap to wash your mouth out, so why would you do that to your vulva or vagina?" Morrison asked.

Using harsh soaps and detergents can cause skin irritation for many people, let alone folks suffering from lichen sclerosus. The use of soaps and detergents around the vulval area can be particularly troublesome with LS, because these products can trigger flares or worsen symptoms.

Rivinda Vitharana, a sexual health physician in Birmingham, England, suggested gently washing around the genitals with only plain water or a soap substitute, such as an emollient.

After you wash, dry the area carefully by patting or air drying, and apply a moisturizer designated for sensitive skin, such as those specially designed for the genital area.

A primary concern about the skin affected by lichen sclerosus is that it can become irritated rapidly, especially when in contact with certain irritants, such as sweat. Both Morrison and Vitharana suggested wearing loose, natural fibers, which allow the skin to breathe and avoid irritation.

"Some people really like DermaSilk underwear," Morrison said. "Going pants-free in the comfort of their own home and opting for less restrictive skirts over tight trousers can be beneficial, too."

If you suffer from LS, your period can be especially difficult, because some menstrual products can be unbreathable. Morrison suggested trying to avoid sanitary pads and incontinence pads, and choosing underwear carefully because some dyes can be aggravating. Period underwear is often the best option because of the softer materials and no-fuss care.

Use lube and take care of your sex life

As lichen sclerosus affects such a sensitive area, the ailment can make having sex painful and even traumatizing.

Using plenty of lubricant helps with pain and dryness. If you're struggling with some of the more serious effects of LS, such as scarring or the narrowing of the vaginal opening, Morrison said gentle stretching with either fingers, dilators or vibrators and intercourse can help, alongside your prescribed use of steroids and moisturizers.

Another tip to remember is to use your prescribed steroids after you have sex—unless you want your partner to share your dosage.

"People with lichen sclerosus should be kind and patient with themselves when having a painful flare," Morrison added. "You should never force yourself to have sex if it hurts too much. Always be honest about how you're feeling."

Manage stress and plan for weather

As with many skin- and autoimmune-related conditions, stress and the emotions that come with it are often triggers for people living with lichen sclerosus.

When you experience stress or hot, sweaty weather—another trigger for an LS flare-up— Morrison advised practicing self-management and maintenance steroid use to help with the problems you encounter.

Lichen sclerosus is usually a lifelong condition, so knowing how to engage with it helps us cope as best as we can. Simply knowing these facts about my condition brings me comfort, especially knowing that my LS doesn't have to take over my life but instead can be self-managed with just a little help from the medical world. 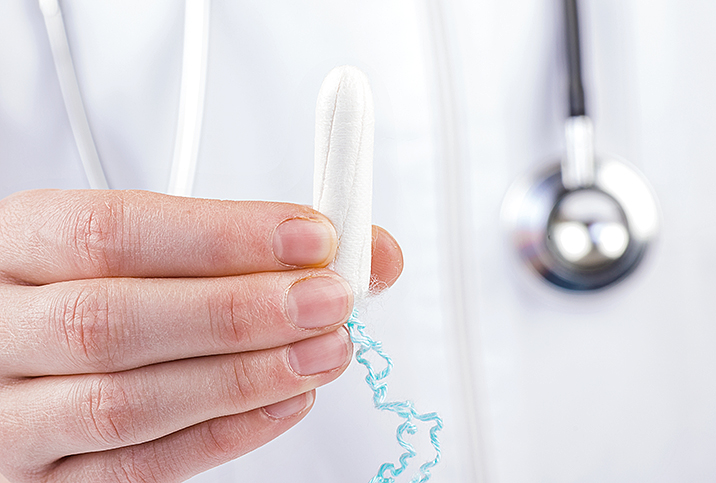