Why Does PDA Make Us Sick? Skip to main content

Why Does PDA Make Us Sick?

Public displays of affection: You either love them or hate them. 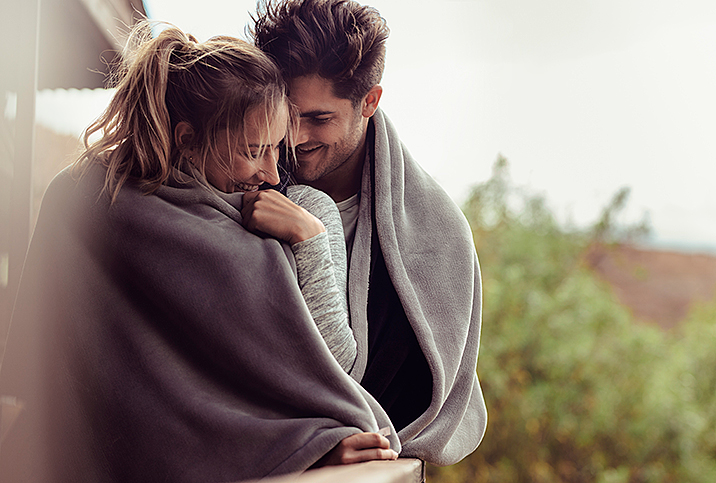 As a Londoner, I spend a lot of time on the Tube (that's probably "subway" for most of you). Reading my book or scrolling aimlessly on my phone, I enjoy people-watching out of the corner of my eye, and more often than not, I witness couple after couple engaging in public displays of affection, also known as PDA.

The archetypal coming-of-age film might romanticize it, representing it as largely the reserve of giggling teenagers, but PDA remains deeply contentious. Each time I find myself reaching for my boyfriend's hand, I worry that people will judge. Endlessly empathetic, I dread making others, even strangers, feel uncomfortable, though I have a natural inclination toward subtle physical affection.

London-based Laura Vowels is a sex therapist at the therapy app Blueheart and certified by the International Centre for Excellence in Emotionally Focused Therapy (ICEEFT). Vowels defines PDA as any form of physical contact between partners in a public setting.

"This can be anything from holding hands to kissing and cuddling in front of others," Vowels added.

Public displays of affection are often interpreted as symbolic of the relative happiness of a couple, with social media PDA cited as relatively conclusive of a happy, stable relationship.

Similarly, United Kingdom-based therapist Alexis Friedlander, L.M.S.W., the entrepreneur behind I Get My Ex Back, a platform that offers advice to people who want to reconnect with loved ones, outlines PDA as the public display of affection in view of others.

"These include handholding, frequent caressing, kissing and hugging," Friedlander said. "It's basically what pop culture would refer to as 'loving loudly.'"

Public displays of affection are often interpreted as symbolic of the relative happiness of a couple, with social media PDA cited as relatively conclusive of a happy, stable relationship. One study published in 2014 in the Personality and Social Psychology Bulletin concluded that people with a coupled-up profile picture and posts affirming a relationship or being "Facebook official" were more likely to be content in their relationship than those who were not public about their love. Physical touch and, by extension, PDA can facilitate closeness between couples, reinforcing a mutual affection or long-standing commitment.

While PDA is often interpreted as being slightly excessive or cringe-inducing on a cultural level, it's an acceptable action and not condemned by law in most countries. In the UK, a YouGov survey conducted in 2019 concluded that 92 percent of Britons interpreted holding hands in public as "acceptable," with 90 percent believing the same for hugging. Approximately 68 percent of people reported feeling comfortable with basic-level kissing in public, though a mere 15 percent reported feeling at ease with a snog on the bus.

By contrast, in the United States, one YouGov America poll conducted in 2014 found 71 percent of people polled felt uncomfortable with others "making out," along with 55 percent frowning on light petting and 20 percent objecting to kissing on the lips. Holding hands and a kiss on the cheek were vastly acceptable, though, with a mere 1 percent and 2 percent, respectively, reporting feeling discomfort at these forms of PDA.

While Americans have to live with PDA, it's not universally legal and, in extreme cases, can lead to prosecution. India deeply condemns it, and in 2007, actor Richard Gere was famously arrested for kissing Shilpa Shetty on the cheek as part of an AIDS awareness event in New Delhi. In Vietnam, amorous liaisons are taboo outside of Hanoi and Saigon, and in Indonesia, handholding with someone of the opposite gender is forbidden. In Tunisia, "kissing cafes" exist to permit public displays of affection, and in 2017, one couple was imprisoned for kissing in their car.

PDA should not be so divisive

Critically, a person's innate love language can dictate their attitudes toward PDA. Touch, gifts, acts of service, words of affirmation and quality time are all examples of a love language, and the love language of touch is a natural indicator of a predisposition toward PDA.

"People who are more open and attracted to PDA mostly fall under the secure quadrant," he noted. "Most anxious people also do very well in relationships where there is frequent PDA because they feel assured that their partner loves them and is proud to be with them."

'PDA can strengthen the physical connection and intimacy levels between partners.'

From a relationship-building perspective, Vowels positions PDA as being psychologically beneficial for the involved couples

"PDA can strengthen the physical connection and intimacy levels between partners," she said. "Touching releases a chemical called oxytocin, which promotes feelings of trust and bonding, helping us to feel closer and more connected. This type of unspoken communication can help couples to express reassurance and support for each other in social situations."

"If previous experiences of affection have created positive memories for you, whether that be at home, in public settings or in past relationships, you are more likely to feel comfortable engaging in PDA and with others doing the same," she added.

Watching an older couple hold hands or a young partnership blossom over awkward knees brushing against each other is endearing. Affection is often understated, and I've always thought that a simple kiss on the forehead or a soft brush of the arm is beautiful. These public interactions between two people often tell a story, whether it's of old love, new love or lust.

Riding the Tube around London is often more entertaining and enchanting than cinema. You should try it sometime. Here's my cheers to PDA!