We Have Questions: Orchiectomy
Find out why someone might need a testicle removed and if it could affect their sex life. 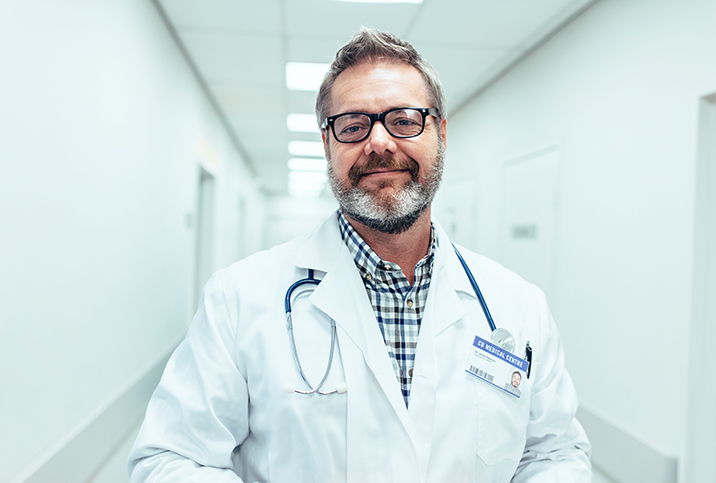 It's a moment that could force a man's heart to skip a beat: You're checking yourself down there and come across a lump on one of your testicles.

"It's cancer" may be the immediate thought. And yes, it could be. Fortunately, physicians have effective ways to treat testicular cancer. According to Johns Hopkins Medicine, about 8,000 to 10,000 men develop the disease each year, however, because of the excellent cure rate, only about 400 die annually.

If cancer is the diagnosis, the first step a urologist takes is to recommend an orchiectomy, a surgical procedure to remove one or both testicles. An orchiectomy is the initial diagnostic and treatment step for testicular cancer but is also used in the treatment of prostate cancer and male breast cancer. It can be performed as part of the transition process for transgender women, too.

The thought of losing a testicle may sound painful to some people, but orchiectomies are actually safe, relatively simple procedures that can save or change a life.

We wanted to know more, so we talked to Daniel Williams, M.D., a urologist and an assistant professor in the urology department at the University of Wisconsin-Madison. His answers should help everyone better understand what an orchiectomy is, the process and recovery time, and the aftereffects of losing one or both testicles.

Editor's note: The following interview was edited for length and clarity.

When would a doctor decide an orchiectomy is necessary?

Williams: So there are a number of potential indications for an orchiectomy. The most common indication to have surgery to remove a testicle would be in a setting of testicular cancer. So if a man identifies a lump on the testicle and he goes to his provider for further evaluation, generally, an ultrasound of the testicle should be performed. Ultimately, if there is a solid mass on a testicle, it's generally cancerous, and the first step of that treatment is to undergo an orchiectomy in order to determine what type of testicular cancer it may be.

Some men may present at a later age with a previously undiagnosed undescended testicle, and if a man has a nonfunctioning undescended testicle in adulthood, sometimes the best management strategy in that type of situation is to remove that testicle given these men have an increased risk of developing testicular cancer.

A less common indication to remove a testicle would be trauma. If a man has a significant traumatic injury that damages the testicle, and if that testicle is not salvageable, that would be an indication to undergo a surgical removal. In another less common scenario, a severe infection in the testicle that did not respond to antibiotics or other more conservative measures [would necessitate an orchiectomy].

Are there other options you look at before you feel an orchiectomy is needed?

Well, it depends on the indication for the orchiectomy. So, for example, if someone has testicular cancer, the first step is to remove the testicle. There are really not any other first-step options in that situation. For noncancerous cases, often other medical management [or] other conservative strategies are offered. But if a man has symptomatic testicular pathology that's noncancerous that is not improving with medical or nonsurgical strategies, then sometimes orchiectomy is an option to treat that.

What does the recovery time look like after an orchiectomy is performed?

The first part of the answer to that is it depends on how the orchiectomy is performed. For removing a testicle for testicular cancer, the procedure is called an inguinal orchiectomy and it's performed through an incision higher up in the groin where the fascia—the external layer of our abdominal wall—is opened so that both the testicle and the spermatic cord can be removed up into the abdomen. For that type of procedure, the recovery time often is at least one to two weeks.

The other surgical approach to orchiectomy, performed for noncancerous situations, is the testicle can be removed through a scrotal incision. The scrotal orchiectomy still does have a healing period, and the body has to recover and heal. Men oftentimes are wearing a jockstrap or a strong scrotal supporter for a week or two to put some pressure and support the area where the testicle was removed. But the recovery time for a scrotal orchiectomy is often generally quicker than the recovery time for an inguinal orchiectomy, especially as far as getting back to more strenuous physical activity.

There is a possibility, in certain situations, that both testicles would be removed. When might that be the case?

Occasionally, there are situations where men do benefit or do need to have both testicles removed. Most men who present with testicular cancer have it only on one side, but some men with testicular cancer have it on both testicles. In rare, select situations, we are able to do what's called a partial orchiectomy, or a testicle-sparing surgery, while still being able to obtain adequate cancer control.

But in some situations, in order to control the cancer and to give the man the best chance of curing them of their testicular cancer, many times both testicles would need to be removed.

What about sexual performance after an orchiectomy? Can that change?

There are a number of pieces to the puzzle of a man's sexual function and sexual performance, and testosterone is one of those components. Prior to undergoing an orchiectomy—and, in particular, if the other testicle is not normal—it's important to establish the baseline hormone levels for that man. However, in most cases, when a man is undergoing a unilateral orchiectomy, a one-sided orchiectomy, as long as the other testicle is functioning normally, it should compensate and bring the testosterone levels back up to their baseline. So most men following one-sided orchiectomy who have a normal contralateral testicle really should not have a significant impact on their sexual function and sexual performance.

Have you seen any mental health side effects resulting from an orchiectomy?

The testes, the genitalia, the penis are very sensitive and an important part of most men's bodies. A lot of men, in varying levels, identify with their genitalia more or less than others. So some men who undergo an orchiectomy for something like cancer, in addition to a potential physiological impact, the loss of a testicle can have a significant emotional impact on them. So part of the counseling and the discussion prior to orchiectomy involves the option to have a testicular prosthesis placed either at the same time of his orchiectomy or as a staged procedure at a later date. A number of men are interested in undergoing placement of a testicular prosthesis so that they look and feel like they have two testes in their scrotum, but [for] other men, that's not an important part of the treatment process. But the placement of the testicular prosthesis is something that should be discussed with patients prior to orchiectomy.

Is this process or conversation any different for transgender people going through a transition? 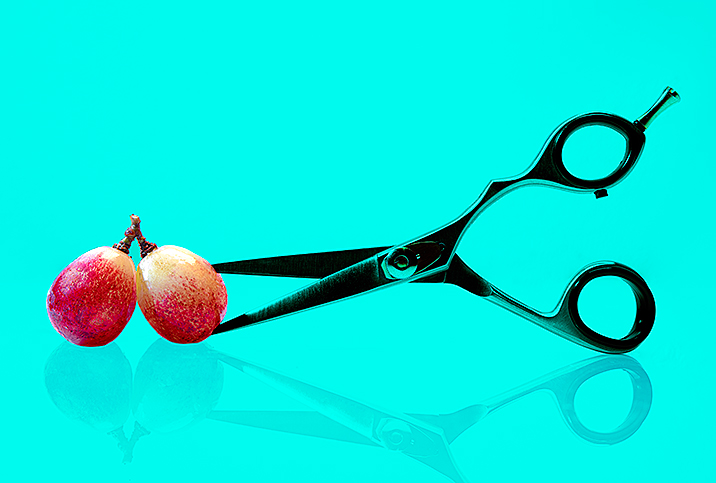 We Have Questions: Fertility and Orchiectomies

A Brief Guide to What an MtF Transition Can Look Like 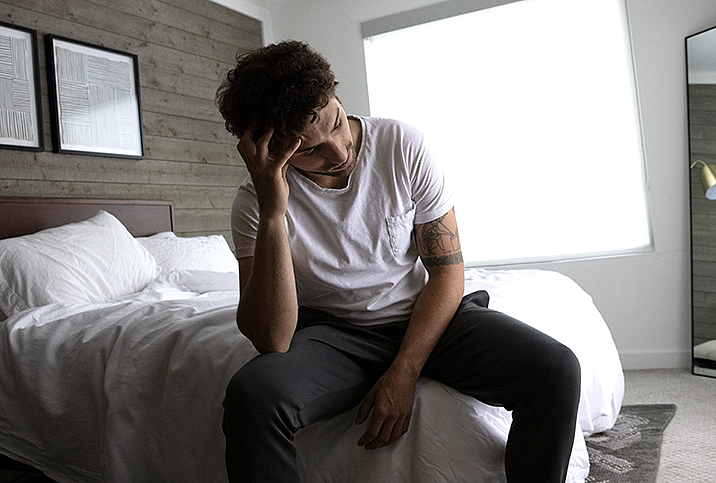 Here's How to Overcome Low-T After an Orchiectomy 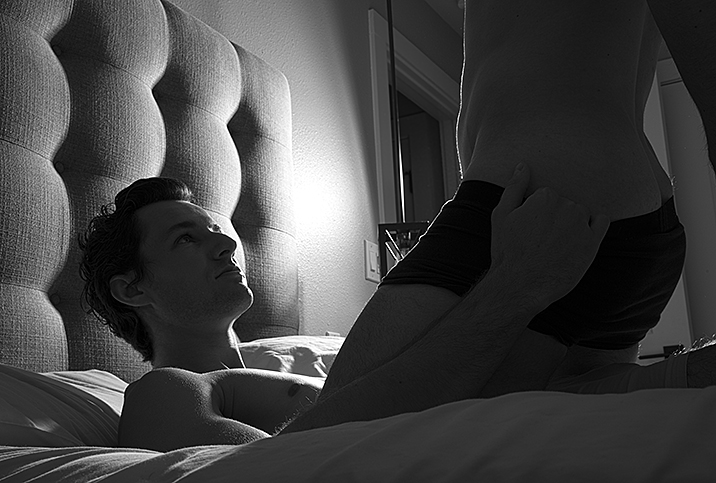