How to Have Safe Sex (Beyond Contraception) Skip to main content

How to Have Safe Sex (Beyond Contraception)

There's much more to feeling safe during sex than condoms and birth control.

One of the most important aspects of feeling emotionally safe with a sexual partner is respect. Your partner should always respect your needs, desires and boundaries, and should ask for consent and always accept "no" as a potential response without instilling guilt or shame.

"As a part of our hookup culture, people too often feel they don't even need to be nice to people they have sex with," Witt said. "It's important first to look for people who are kind and honest. They don't necessarily need to be looking for commitment, but if not, they need to be honest about it."

Open communication is the first step

Witt noted a few red flags to look out for: if someone is rushing you into sex, demanding you send nude photos or not asking if you're OK with being touched before they touch you.

1. Don't be afraid to talk about sex

Of course, you should inquire about certain physical aspects when seeking a sexual partner. Asking about sexual history and regular testing for sexually transmitted infections (STIs) is more than appropriate, but asking about other aspects of their life is crucial as well.

"Someone should look for a person who is open to communicating about sex and sexual history; someone who is patient and can negotiate safe sex practices to make the partner feel safe," said Debra Laino, M.Ed., M.S., a doctor of health science and board-certified sex/relationship therapist and life coach based in Wilmington, Delaware. "It is important not to feel manipulated into having sex when you do not want to and to not feel pushed into having sex before you're ready."

Being able to talk about physically safe sex is important, too. Sometimes the topic of condoms or birth control is uncomfortable, especially for people who have just met or are anticipating having sex for the first time.

Safe communication leads to safe sex, from the physical to the emotional.

Lauren Debiec, M.A., an addiction therapist at the Ohana Addiction Treatment Center in Hawaii, said the most important aspect is that your partner respects your boundaries.

"Your boundaries refer to your limits regarding sexual intimacy," Debiec said. "So if you don't feel comfortable doing something sexually, your partner should respect that. If they try to pressure you into doing something that you are not comfortable with, then that is a clear red flag that they are not a safe sexual partner."

When it comes to setting boundaries, don't be afraid to be explicit.

"Some people are anxious about talking about their boundaries for fear that their partner will reject them," Debiec said. "But this is an important conversation to have because your boundaries are what makes you feel safe and respected." 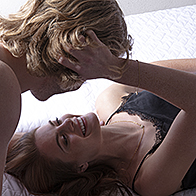 How to Tell Your Partner What You Want in the Bedroom 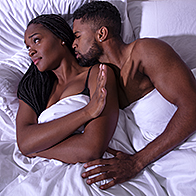 Witt knows from experience just how important it is to set boundaries.

3. Be open about sexual needs and desires—and say what you mean

"I think that people, especially cishet women, need to become accustomed to speaking up about their needs," Witt said, referring to cisgender, heterosexual women. "I think that women too often give in to a guy's sexual demands because they want to be liked. They want to keep him happy so he'll continue to see them."

In the same vein, Witt advised women to be more assertive if and when they don't want to have sex. This means they need to be willing to leave a situation if their boundaries aren't respected.

"This overflows into the rest of life," she explained. "People pleasers don't speak up about their needs because they're afraid of losing people. Once you get over the fear of being alone, it's easier to set boundaries in all aspects of your life."

Witt is no stranger to manipulative tactics. She said she's gone home with guys before who said something along the lines of "We don't have to do anything" or "We'll just sleep," but rarely meant it.

"It's a manipulative tactic to get me to go home with him," she said. "Therefore, one way to put your partner at ease is to actually mean what you say. If you say, 'We don't have to have sex' or 'We shouldn't have sex,' then mean it."

Sex should never be an expectation

"Not pressuring a partner is important for safety and the ability to consent," Laino said. "Let your partner know that you are interested in sex, but if it doesn't happen tonight it's OK and that there is plenty of time to have sex. Pressure can feel like manipulation and can cause some resentment after sex. Instead, it can be fun and intimate to try something else, like a massage or cuddling on the couch, for intimacy."

Debiec noted that you should not try to help your partner get in the mood unless they explicitly say they are OK with it. If a person isn't initially in the mood, open communication, explicit, non-coerced consent and a lack of expectations are crucial.

"Have an open communication about how sex doesn't define a relationship," Laino recommended.

Witt added that kissing is often seen as a "yes" to any other sexual activity, but that's not always the case.

"Asking for consent throughout the sexual experience needs to become normalized," she said. "Don't assume that because someone lets you touch their genitals, they want to be penetrated by said genitalia. And when people say 'no,' be OK with it." 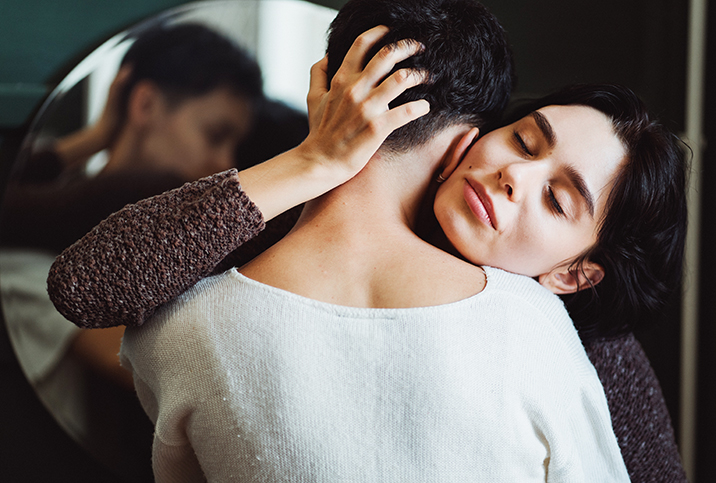