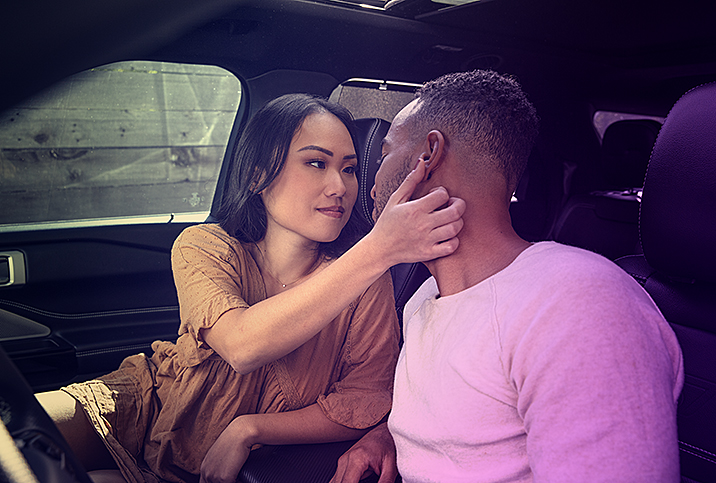 After swapping a handful of messages via OkCupid, Ted*, 31, and I met for a drink on the string light-lit back patio of a cocktail bar in East Austin. He was a tall, well-dressed software developer who'd taught himself to code after dropping architect school. Despite his blue-collar, conservative upbringing in Fort Worth, Texas, he voted Democrat and listened to Lord Huron and Neon Indian and Cardi B. Even though he made it a point to not pay for my drinks, I agreed to go on a second date (to see the movie "Max Max: Fury Road," a ticket he also did not pay for) and had sex with him on the requisite third date (when we had a Cinco de Mayo dinner and margaritas and split the check).

In the following weeks, Ted and I would continue to hang out and have sex. Things were going pretty okay. Sure, we hung out sparingly, and when we did he monopolized the conversation and kept inviting me to bars I couldn't afford. But he was reasonably fun and intelligent (and did I mention tall?), and he made me feel hot because, sometimes, during sex, he would exclaim, "You are so hot!"

He was cool, I was cool, we were just a couple of cool people having cool-people sex. I was busy, too, after all, far too busy for a committed relationship—unless, of course, that's what he wanted, and then I'd probably consider it.

I am careful not to use words like 'boyfriend' or 'exclusive' because I am not one of those crazy girls who need you to marry me. (Unless, I mean, you want to get married?)

About five or six weeks after we first hooked up, Ted went on a camping trip and disappeared. The last text I sent him—"Did a bear eat you lol," eloquent in its brevity—never got a response.

In the three or so months it took me to accept I'd been ghosted, I agonized. My heart leaped with every cell phone vibration, certain it'd finally be a text from Ted explaining he had indeed been robbed of his cellphone by a hungry bear, but he'd made a full recovery and was awfully sorry and would I like to go get snow cones, his treat? I re-read my last text message, wondering if my "playful" tone had betrayed neediness or insecurity. I mentally replayed our last sexual encounter, wondering if I'd come across as too slutty or forward or—worst of all—clingy.

While I wish I could say my experience with Ted was an outlier, I'll reluctantly admit that many of my adult "relationships" follow the exact script:

Boy asks me out. After the obligatory three dates, the boy and I hook up for a few weeks to a few months. I am careful not to use words like "boyfriend" or "exclusive" because I am not one of those crazy girls who need you to marry me. (Unless I mean, you want to get married?) Six weeks to several months pass, contact fizzles out, and I bolt to my phone every time it buzzes for as long as it takes to start dating someone who is equally or more attractive.

At the end of this exhausting sequence, I find myself in the same place: heartbroken, lonely and mad at myself for failing at being a sexually liberated woman. Why did I have to "catch feelings"? Why couldn't I have sex and discard men with the kind of ruthless abandon Nelly Furtado's "Maneater" suggested? Why did I suck at hookup culture?

What is hookup culture?

Hookup culture—the shift in openness and acceptance of uncommitted sex—is the latest stage in the slow evolution of sexual norms and behavior among emerging adults in the Western world.

While moralizers and the media tend to characterize hookup culture as chaos and abandon—a haphazard series of one-night stands—the hookup culture trend isn't really about young people having lots of sex or multiple sexual partners. In fact, Millennials and Gen Zers are having less sex and with fewer partners on average than their GenXer and Baby Boomer parents—according to research from the Archives of Sexual Behavior.

Rather than an increase in sexual excess, the rise of hookup culture refers to a shift in sexual behavior—specifically, the movement of sexual activity outside of relationships, or a hookup.

Morgan said hookups don't have to be a one-time thing. Hooking up can involve having consistent, regular sex for weeks or months or years. According to Morgan, there is really only one fast, albeit unspoken, rule of hookup relationships: "No hard commitments. There's no romantic intimacy. It's just all about the sex and having fun and being free with no strings attached."

Where did hookup culture come from?

Origins of hookup culture are traced back to the women's movement and the sexual revolution.

"The women's movement wanted two things for women, both sexually and otherwise," said Lisa Wade, a sociologist at Occidental College and author of "American Hookup: The New Culture of Sex on Campus," in a 2017 NPR interview. "So the feminists succeeded in convincing America, for the most part, that women should be allowed to do what men do and even have masculine traits. But we never really got around to valuing the things that we define as feminine." 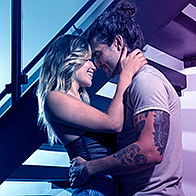 How to Host a Successful One-Night Stand 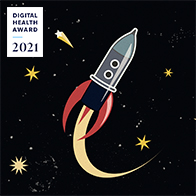 Rewarded all their lives for acting how a stereotypical man does, many women try to approach sexuality the same way, Wade said.

Morgan agreed. "We hear it in the songs all the time: 'You a savage' or 'Slaying bitches with a dick,'" she told me. "[Emotionless sex] is seen as machismo and I think it has everything to do with the patriarchy. It's really a male trait that women have decided to take on because of how men have just been using and discarding us for so long."

If this is liberation, why am I so unhappy?

Unfettered from the shackles of morality and abstinence before marriage, my fellow women and I are free to have sex—emotionless, connectionless sex when we're even less likely to orgasm.**

And yet, I was still miserable—and I wasn't alone. In her senior thesis about hookup culture, then-student-now-culture-writer Leah Fessler interviewed 75 students and analyzed more than 300 online surveys from students at Middlebury College, and found that 100 percent of female interviewees and three-fourths of female survey respondents stated a clear preference for committed relationships, and only 8 percent of about 25 female respondents who said they were presently in casual "hookup" relationships reported being "happy" with their circumstance.

Other studies consistently confirm Fessler's findings. A 2012 Review of General Psychology analysis of recent hookup datasets concluded "both men and women had experienced some sexual regret, but the frequency and intensity of negative reactions appeared to vary by sex, with women more negatively impacted from some hookup experiences." The negative reactions experienced by women included depression, anxiety, low self-esteem, embarrassment and loss of self-respect—to name a few.

Our brains on hookups

"Women tend to feel more regret after the hook up because we're typically a little more emotionally inclined and we internalize things," Morgan said, noting the physiology of being penetrated might have something to do with this.

The idea that women might struggle a little harder than men to separate emotion from sex might be an unpopular one, but there's science to back it, Morgan pointed out:

During sex, both men's and women's brains release oxytocin—the "love" hormone responsible in part for creating feelings of trust and bonding. At orgasm, male oxytocin levels quintuple—but this is nothing compared to female oxytocin levels, which become stratospheric at peak sexual arousal.

Some women feel forced to participate in hookup culture

So if women like myself aren't having fun and—even worse—are getting saddled with short-term hurt and long-term mental and emotional consequences, why do we participate?

Women who don't enjoy casual sex really have two options, said Wade. "One is that they don't participate in any sexual activity at all, which also means never getting into any sort of romantic relationship with someone," she said. "The other is passing through this period with a person, the hookup period, with the hopes of coming out the other end as that person's girlfriend."

Research suggests that while many women go into hookups hoping it will progress to a traditional romantic relationship, most men do not. In a 2013 study from The Kinsey Institute of Research in Sex, Gender and Reproduction 42.9 percent of women participants admit wanting a traditional romantic relationship as the result of a hookup, while only 29 percent of men reported being interested in the same outcome.

'Engaging in hookup culture while wholeheartedly craving love and stability was perhaps the least feminist action [we] could take.'

For all the talk about freedom and women's liberation, heteronormative hookup culture tilts the power dynamic in men's favor. In a scenario where a woman wants something more and the dude isn't so sure, it often falls to him to decide whether a hookup progresses to a relationship.

"Engaging in hookup culture while wholeheartedly craving love and stability was perhaps the least feminist action [we] could take," as Fessler wrote.

"We're not being true to ourselves, we're not being honest with ourselves when we try to play this game," Morgan warned. "We're pretending, 'Oh, I can be emotionless. I can hook up and not be hurt or feel some type of way.'"

She warns that adopting the I-can-hookup-and-not-feel-hurt-or-some-type-of-way strategy, in addition to being dissonant with our body's biological desires and dishonest, has other consequences, too.

"If you are actively choosing to close your heart off, to shut your emotions off, it's going to be difficult for you to connect with somebody intimately when you're ready," she said. "And it's going to make it difficult for you to see red flags because you're not tapping into your emotional body. So when women think it's a sign of strength to not tap into your emotions or to feel emotions, it's actually weakening you. It's hurting your intuition."

* Names have been changed.

** The orgasm gap between gender widens with casual sex, research from the International Academy of Sex Research shows, with an average of 40 percent of women orgasming in hookups compared to 75 percent in relationship sex. 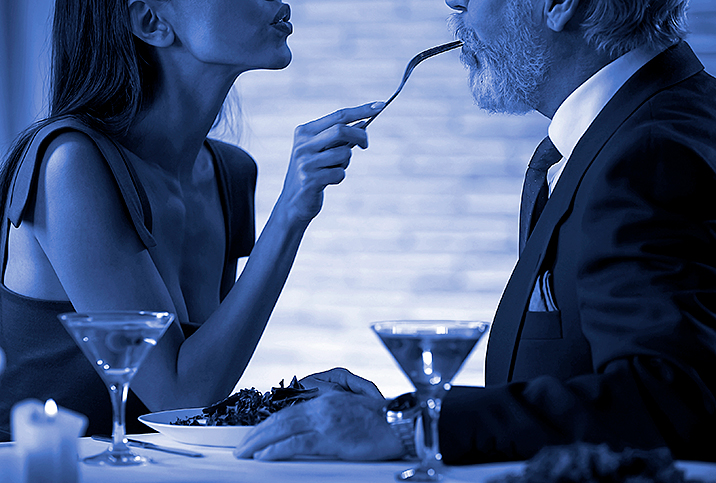 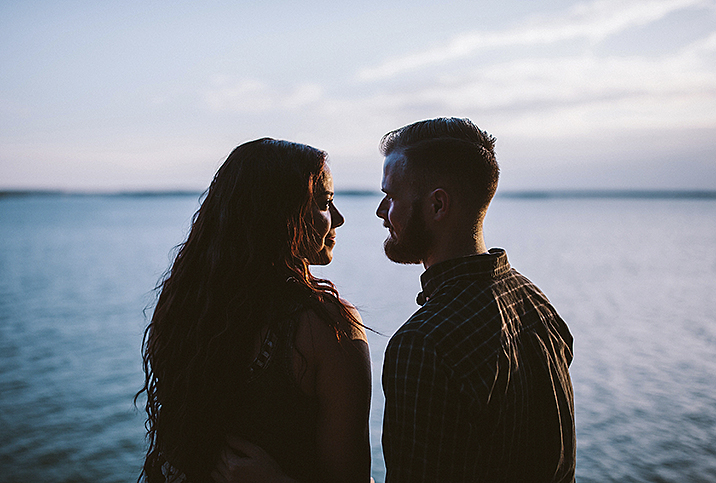 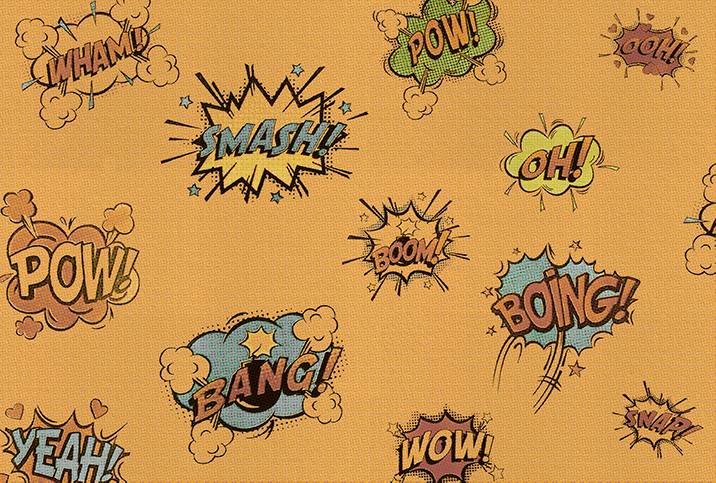 7 Euphemisms for Sex, Ranked and Explained 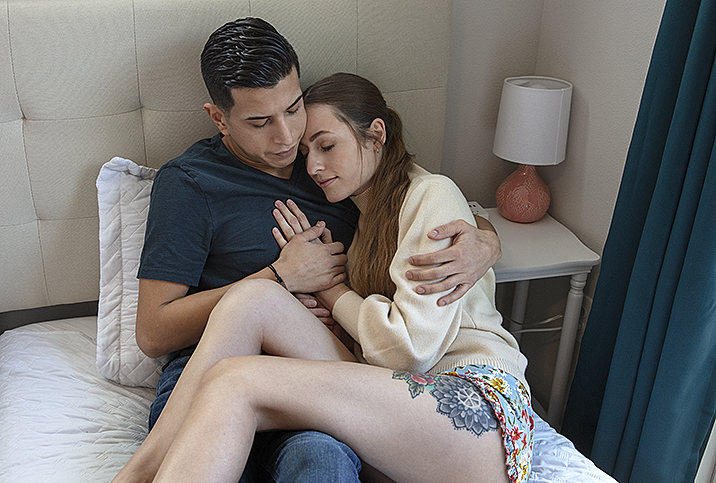