How Common Is Recurrent Prostate Cancer and How Is It Treated?

If the disease comes back, your treatment might depend on the initial therapy. Many patients who undergo successful treatment for prostate cancer don't have to deal with the disease again. But some people who initially present with metastatic cancer have higher odds for recurrent prostate cancer.

"In those who present with spread of prostate cancer beyond the prostate itself, almost all patients recur," said Rodney Hicks, M.D., the founder and chief medical officer of Precision Molecular Imaging and Theranostics, which is affiliated with the Melbourne Theranostic Innovation Centre in Melbourne, Australia. "Even when apparently localized to the prostate and treated with the intention of cure by surgery or radiation, up to half of all patients will relapse."

The recurrence rate and appropriate treatments for recurrent prostate cancer—the second-deadliest cancer among men—remain relevant to people who've dealt with a disease that affects about 1 in 8 guys across their life span.

Following surgery or radiation therapy, the prostate cancer recurrence rate is about 25 percent, according to David Lee, M.D., a professor of clinical urology at UCI Health, part of the University of California, Irvine.

"The higher-risk prostate cancers recur more often because they are usually more advanced, meaning they have spread outside the prostate," he said.

Initial treatment can also increase the likelihood of recurrence, which is true for radiation therapy. Residual prostate tissue following radiation can be the culprit, because either a few cancerous cells survived or the remaining prostate cells are more prone to becoming cancerous.

Additionally, Lee explained, if cancer spreads past the prostate the first time and radiation is used, but the doctor can't see and precisely target the cancer, the metastatic spread might not be destroyed by the radiation. That's why surgery can be the optimal option for dealing with the disease the first time around.

A higher prostate-specific antigen (PSA) test result at diagnosis increases the likelihood of relapse, Hicks explained. A higher Gleason score—an evaluative system for determining the aggressiveness and/or the tendency of cancer to grow and spread—is associated with greater recurrence, as are large tumors.

"If the patient has radical surgery, a prostatectomy, cancer cells at the margin of the surgical specimen on pathology is also a risk factor," he said, adding that the less the cancerous areas of the prostate look like healthy prostate cells, the more likely they'll behave aggressively.

Cancer can recur just below the bladder, within the prostate's surgical bed, he noted, but it often recurs in the lymph nodes, abdomen, bones and distant sites.

"As imaging techniques have improved, we realize that distant spread is much more common than we thought," Hicks said.

How severe is recurrent prostate cancer?

"However, because the more aggressive ones are the ones that are more likely to spread, we see those recur more often," he said.

Radiation treatment for the first bout of cancer is another potential factor influencing the risk of recurrence and its severity.

How is recurrent prostate cancer detected?

PSA, a protein produced by the prostate gland, is a useful marker for diagnosing both the initial and recurrent disease, Lee said. Rather than the usual threshold of 4 nanograms/milliliter, though, a PSA that's 0.2 ng/mL or more after surgery can indicate a recurrence.

Post-radiation, PSA results could be 0.8 or even 1.2 and the therapy could still be considered a success of sorts, he explained. After radiation, two consecutive rises above the nadir—a minimum value of 2.0 ng/mL—is typically taken as indicative of a recurrence.

Hicks co-authored a 2019 review for Seminars in Nuclear Medicine about molecular imaging modalities, now used in clinical practice as they allow for detection and characterization of prostate cancer, especially in recurrent settings. He said most, though not all, prostate cancer cells have a prostate-specific membrane antigen (PSMA) on their surface that's targeted with the imaging probes.

"PSMA expression [tends] to increase with tumor grade but then can be absent in the most aggressive form of prostate cancer," Hicks explained. "PSMA-binding radiopharmaceuticals have revolutionized the detection of prostate cancer, most particularly, its spread beyond the prostate gland itself. Over the last decade, we have become aware of how often we were previously grossly underestimating the frequency of spread both at diagnosis and at relapse."

When PSMA expression is absent or largely lacking, another option for recurrent prostate cancer detection involves glucose, which tends to be used more as the aggressive nature of cancer increases, Hicks added.

"We can use a radioactive copy of glucose called FDG to image prostate cancers that have low or no PSMA expression," he said. "A positive FDG PET scan indicates aggressive disease and indicates a higher likelihood of early death from disease."

How is recurrent prostate cancer treated?

Hicks said patients with the type of aggressive disease indicated by a positive FDG PET scan can benefit most from chemotherapy. High-grade tumors generally respond well to chemotherapy, he said. Low-grade tumors, which are heavily dependent on testosterone for growth support, are typically treated with testosterone-blocking drugs when men who've had less aggressive prostate cancer relapse.

As Lee explained, if a patient previously received radiation therapy to address prostate cancer, radiation would not usually be used to treat recurrent cancer of the prostate, and the primary therapy tends to limit surgical treatment options upon recurrence.

"[There] is another reason why we don't commonly do surgery for guys after radiation," Lee said. "[It's because] when we start doing their workup to see if they have recurrent prostate cancer after radiation therapy, often we find that it's spread someplace already. Then just taking the prostate out, it isn't going to help those guys."

If surgery is used first, however, radiation remains a possibility for treating recurrent cancer, he said. If radiation is used first, androgen deprivation therapy (ADT)—or some form of hormonal therapy—and/or chemotherapy are the go-to treatments to address the recurrence. 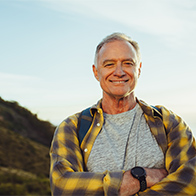 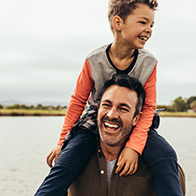 "However, with the advent of PSMA PET scanning, a more targeted approach is being evaluated," Lee said.

Hicks called PSMA PET/CT an invaluable imaging technique for showing signs beyond the prostate area. For example, if the technique is deployed and lymph nodes are detected in the pelvis without any spread elsewhere, radiation that targets those nodes can help control or, in some cases, even cure the recurrence.

"However, the most important part of this new type of imaging is its ability to find distant spread that isn't apparent on conventional imaging procedures, like a CT scan or a nuclear medicine bone scan," he added. "[In] such cases, aggressive local treatments aimed at [a] cure are futile, and patients can be spared the expense and associated toxicities of these [treatments]. When the number of sites of distant spread is low, perhaps three to five sites, it is called oligo-metastatic disease. There is increasing enthusiasm for treating these sites with a highly targeted radiotherapy called stereotactic ablative body radiotherapy. This is seldom, if ever, curative but can delay the use of androgen-blocking drugs that are often poorly tolerated by men."

Lee said a drug called finasteride (brand name: Proscar), long used to treat an enlarged prostate, has shown promise to help prevent prostate cancer: a 20 percent decreased risk. Research suggests a smaller percentage of men who get cancer while taking the medication develop a higher-risk form of it. He thinks some doctors prescribe the drug to help prevent prostate cancer recurrence, but it's controversial and far from the standard practice.

How is recurrent prostate cancer prevented?

According to Lee, most prostate cancer recurrence happens within three to five years, but he referred to stories he's heard about recurrence 10, 15 or perhaps even 20 years later.

PSA monitoring remains an important piece in the prostate cancer prevention puzzle, even for staving off recurrence.

"I think it goes back to the idea of screening with PSA," Lee explained. "This is the only realistic way to catch prostate cancer early. If it is caught early, then the number of recurrences after treatment will go down. PSA screening saves lives."

He said he usually does a PSA screening every three months throughout the first year following surgery, then a PSA test every six months through the end of the fifth year post-operation. After that, the window for likely recurrence starts closing, he said, so a return to the standard once-per-year PSA test at that juncture makes sense.

Beyond that, a healthy lifestyle helps, especially with regard to how a man fuels his body.

"Diet is probably the most powerful [factor]," Lee noted. "The diets that have been shown to be most helpful, and also are beneficial for prevention of other types of cancer, heart disease, diabetes, etcetera, is a [plant-based diet]. Vegan is best, followed by vegetarian. Better to limit meat intake as much as possible." 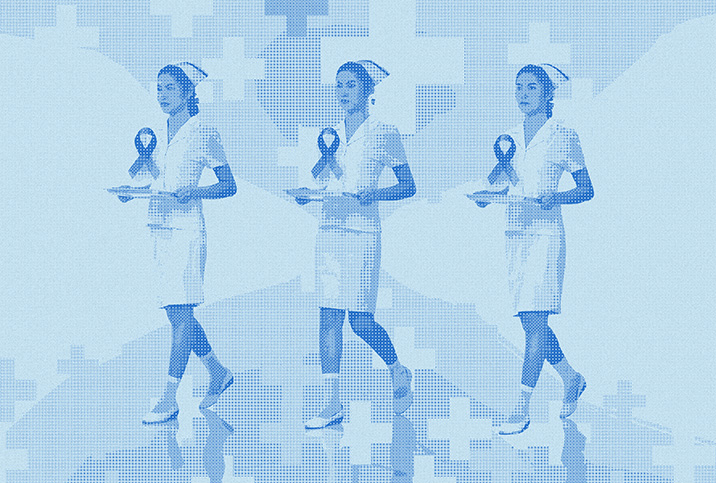 The Reality of Prostate Cancer Overtreatment 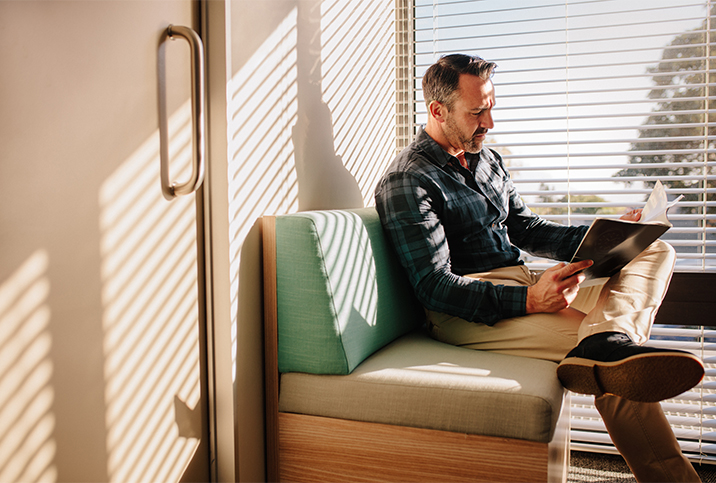 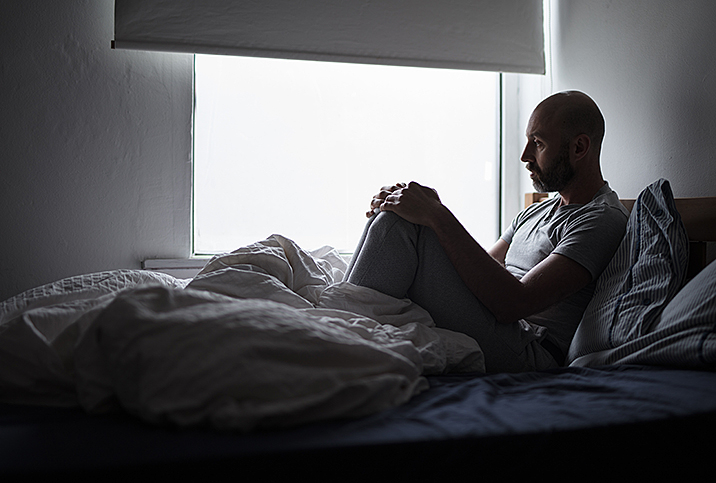 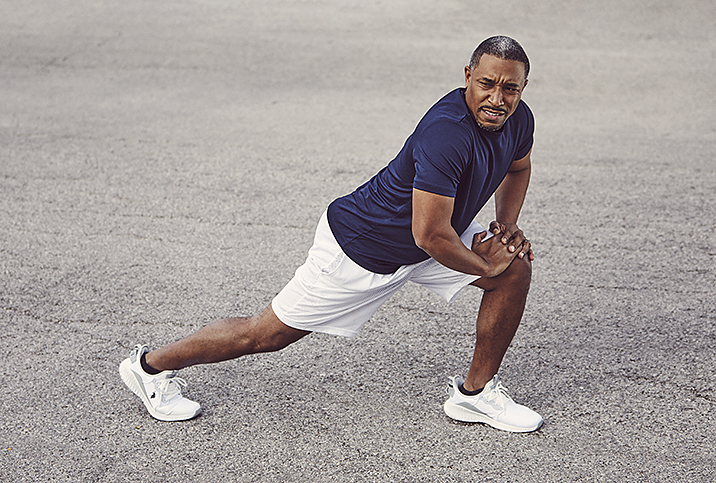