What You Need to Know About Pooping During Labor

Warning: Natural bodily functions may occur when you're delivering your baby. 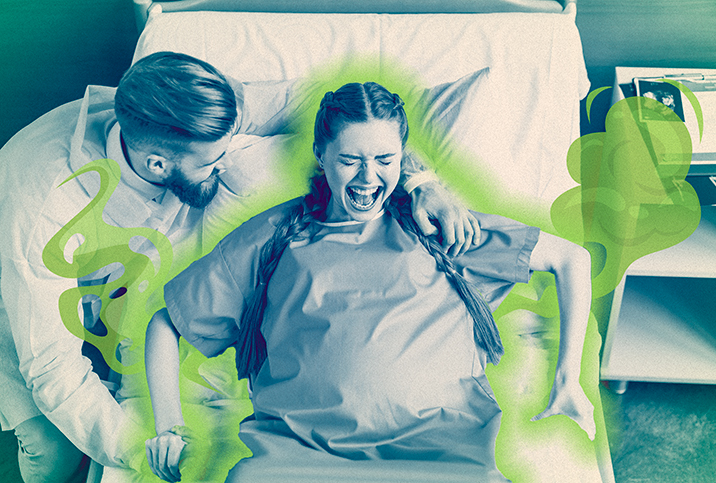 It's gross. It's uncomfortable to talk about. But pooping during labor is a lot more common than you think, and it's completely normal simply due to the way our bodies function.

"It is very common for people to poop during labor because pushing your baby out—or bearing down, as we call it in hypnobirthing—towards the end of labor is very similar to doing a poop," explained Hannah Brown, a hypnobirthing coach and antenatal teacher in West Yorkshire, England.

"In fact, a lot of people giving birth will say, 'It feels like I am pooping out my baby,' and that's because the muscles of the uterus are working in downwards motion," Brown added. "Doing a poop during labor is a really good sign that your baby is on its way and that the muscles of the uterus are working to get your baby out.

The scoop on labor poop

"Some people won't even know that they have pooped during labor, especially if they are using a birthing pool," Brown continued. "The poop tends to happen during a contraction, so it can go unnoticed by yourself as you will be focusing on the sensations of birth and may not even notice that you have pooped.

"Midwives often use a little sieve to scoop up the poop and dispose of it before you even know that you have done it," she said. "If you do notice that you have pooped, you will forget about it very quickly as you have bigger things to focus on, like meeting your baby very soon."

'There is no correlation between the risk of sustaining a tear which needs stitches and pooping during labor.'

While myths abound about pooping causing tears during labor, those myths are unfounded, said Cindy Duke, M.D., an OB-GYN, fertility expert and virologist at the Nevada Fertility Institute.

"There is no correlation between the risk of sustaining a tear which needs stitches and pooping during labor," Duke said. "However, we prefer for patients to not be constipated during pregnancy or after delivery, especially if they had a tear during vaginal delivery or if they had a cesarean delivery. The reason is because straining during pregnancy can lead to hemorrhoid formation and straining to defecate after having a tear or cesarean can potentially lead to popping a stitch or stitches, what we formally call a wound dehiscence. To avoid this from happening, we encourage fiber in the diet, drinking lots of water and using a stool softener."

Getting over that self-conscious feeling

Of course, given that most of us prefer to defecate behind closed doors, it's hard not to feel a little self-conscious about it.

"Many of us feel self-conscious about being in labor," Brown said. "We often hear the phrase, 'Leave your dignity at the door,' so adding in the thought of pooping during labor, too, can lead to feelings of embarrassment. Going for a poo is something that people often do in private, so doing it in front of our birth partner, midwife or consultant can leave us feeling nervous and apprehensive. We might worry that it will smell or go everywhere. Of course, no one wants that to happen, especially during labor."

The best way to minimize these feelings of embarrassment is to understand why it happens.

"It is normal and a good sign that your baby is on its way," Brown said. "It's good to remember that your midwife will have seen it happen so many times before. Expect that you will poop and maybe even prewarn your birth partner that it might happen, too. Have that conversation with them beforehand so that you both know that it is a normal part of giving birth."

There's a lot to expect after giving birth and something you may not have thought much about is what your first postpartum poop will be like.

"If you have just had a vaginal delivery, you can expect a bowel movement as close as three to six hours postdelivery," said Tanya Buthello, a physiotherapist, pelvic floor health practitioner and childbirth educator at the Continuum Physiotherapy and Rehab Centre in Mumbai, India. "This would depend, too, on what time of the day you delivered; morning ablutions and instinctual patterns being the main stimulant. Your body rhythms kick in and there is a definite urge to have a bowel movement."

The process might take a little longer after a cesarean section, or C-section, Buthello said.

"If you have had a C-section, your first postpartum bowel movement would probably happen only after two to three days, as out-of-bed mobilization happens then and solid food, too, is started only after two days. So the urge, [or] rectal fullness, is not felt, and it would take at least 24 hours for stool formation to happen."

Many women who give birth vaginally also experience loss of control in their pelvic muscles after giving birth and, therefore, may have urine and fecal incontinence for a while.

"Whatever transpires during labor, the story being different for every laboring mum, it is absolutely essential to start exercising the pelvic floor muscles during pregnancy so the concept of muscle memory exists postpartum and the path to recovery…is expedited," Buthello advised. "The best tip to avoid urine/fecal incontinence would be to visit a pelvic physiotherapist and understand how to exercise the pelvic floor muscles along with the main core muscle whilst pregnant and postpartum." 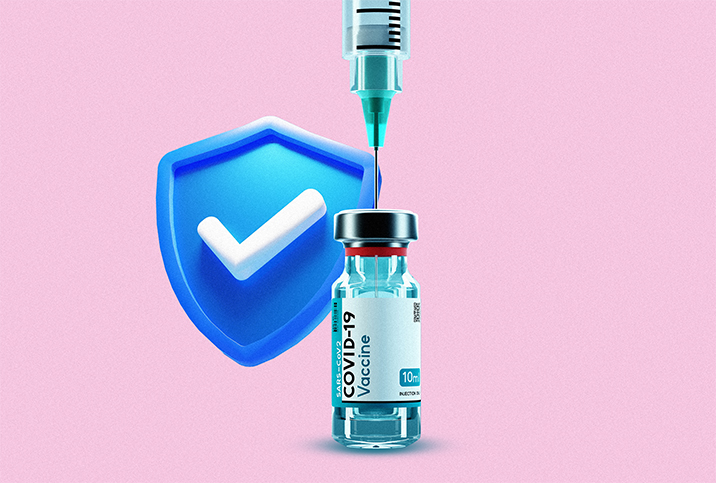