Herpes Can Be a Sore Spot—but Doesn't Have to Be
Billions of people worldwide have herpes simplex virus type 1. Do we have your attention now? 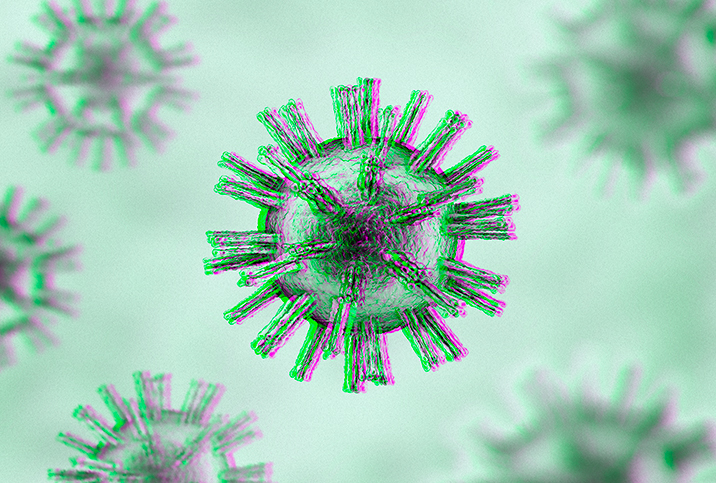 People tend to panic when they think about herpes. There's a lot of stigma surrounding it—such as the assumption that infected people are careless or unsanitary—but in reality, herpes simplex virus type 1 (HSV-1) is incredibly prevalent. About 3.7 billion people younger than age 50 have HSV-1 globally, according to the World Health Organization (WHO).

"There are nine different herpes viruses in the human herpes virus family," said Jenelle Marie Pierce, a certified sexuality educator in North Carolina and executive director at the STI Project, which raises awareness and fights stigma of sexually transmitted infections. "Other common viruses in the family are the varicella-zoster virus [HHV-3], which causes chickenpox and shingles, and the Epstein-Barr virus [HHV-4] which causes mononucleosis or mono, commonly called 'the kissing disease.'"

"It classically causes oral herpes or cold sores that many are familiar with, but can sometimes cause genital herpes," Pierce explained. "Other common symptoms include tingling, tiny fissures or what resembles small cuts or tears, and sometimes mild fevers, aches or nerve pain."

Pierce and Keighley said the mouth and surrounding areas are the most frequent points of infection, but other regions aren't exempt.

These sores can be uncomfortable or even painful. Lesions can be either isolated or clustered. The same level of variability is present in periods of symptom remission: Some flare-ups last for days, but others can last for years.

According to Keighley, HSV-1 is typically asymptomatic and most contagious when someone has a lesion.

"The virus is spread through person-to-person transmission, and there is no cure, though antivirals can be used at the onset of symptoms to reduce the duration," she added.

Contagious, even when dormant

The Centers for Disease Control and Prevention (CDC) advises against touching anything after coming into contact with sores, and recommends you wash your hands immediately and thoroughly. Pierce mentioned that while the peak infectious stage is when symptoms are present, HSV-1 is always contagious.

"Transmission of HSV-1 can occur during times of dormancy, during what is called viral shedding," she said.

Moreover, there is the risk of HSV-1 being transmitted to a newborn, referred to as neonatal herpes simplex.

"If a woman has lesions at the time of delivery, the baby is at risk of acquiring herpes," Keighley explained. "This is usually well-managed either with alternative modes of delivery, antivirals or both."

Frank Farrelly, the principal dentist at Darlinghurst Dental in New South Wales, Australia, has encountered HSV-1 across all age groups in his practice.

"For children, presentation can be primary herpetic gingivostomatitis with painful sores of the lips and oral mucosa," he said. "This can limit food and drink intake. There can also be fever, malaise and irritability."

He advised that children displaying HSV-1 be monitored for complications from consumption issues. 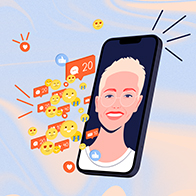 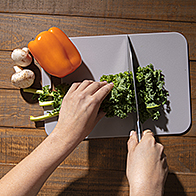 HSV-1 is so contagious that exchange of bodily fluids isn't even necessary for transmission. The risk is elevated for people with compromised immune systems and other factors allowing for easy viral permeability not limited only to HSV-1.

"Most people who suffer are aware that they're more at risk when stressed or run down, but the link with UV light is less known," Farrelly noted.

He recommended wearing lip balm with sun protection factor (SPF) to reduce recurrence, especially in places with frequent sunny weather. Balms can also lower oral cancer risk, which feeds into the elevated danger of HSV-1 for people who are immunocompromised.

"HSV-1 causes serious infections, such as keratitis and herpes encephalitis," Keighley said. "Encephalitis means inflammation of the brain. It's uncommon but not rare, and it's essential to start treatment as soon as possible if someone develops herpes encephalitis because it has an extremely high mortality rate."

In these instances, efficient diagnostics could be lifesaving, she added.

For diagnosis, a swab from a sore undergoes a polymerase chain reaction test—better known as a PCR test—in a pathology lab. If no herpes is present, a blood test can be performed to find herpes-related antibodies, but they show only previous exposure and can't indicate whether there is a current infection. HSV-1's long—sometimes indefinite—periods of dormancy can make the infection particularly hard to detect. According to Pierce, the most common symptom of HSV-1 is not having any symptoms at all.

Unlike its counterpart, herpes simplex virus type 2 (HSV-2) is spread almost exclusively through sexual contact, which is why it's predominantly found in the genital region.

"The primary difference is the presentation, with HSV-1 causing oral ulceration and HSV-2 causing genital herpes," Keighley noted. "Both viruses reside lifelong in the nerve cells."

"We now know that both types can be located above or below the waist," Pierce said. "While HSV-2 still has a strong preference for locations below the waist, HSV-1 is becoming more and more common as a genital infection because of oral sex."

HSV-2 is less common than HSV-1 because of its more limited mode of transmission. Just like any other herpes virus, there is no surefire way to ward it off, but the risk of genital herpes is reduced by wearing condoms and limiting the number of sexual partners. If you already have HSV, type 1 or 2, taking antivirals is your best defense against transmitting it.

"The big difference between the two types of herpes simplex viruses, although unfounded, lies in the psychosocial impact of these infections: One type [HSV-1] is seen as the 'good herpes' or 'no big deal,' while the other is shrouded in fear, shame and stigma," Pierce said.

Even though there's no cure yet, you can reduce HSV-1 infection on an individual level by taking precautions with people you know or suspect may have contracted it.

"Usually, when lesions are present, kissing and other sexual activity should be limited, and cups, glasses and cutlery should not be shared," Farrelly advised. "Sometimes [medical] application prior to ulcer formation can prevent or minimize the risk of ulcers forming."

If you think you have herpes, consult a doctor to perform the aforementioned PCR test. In the case of a positive test, be upfront about your lifestyle so you get the advice you need.

"All types of HSV should be disclosed to partners before engaging in activities with them, but oral infections are commonly left out of the conversation, which does everyone a disservice," Pierce said. "If a conversation isn't had prior to that occurring, a lot of avoidable shock, shame and even sometimes trauma occurs."

When HSV-1 does flare up, take advantage of products and treatments to reduce symptom severity.

"Treatment with topical antivirals can help it to heal quicker," Farrelly said. "Use of a clear plaster covering the sore—unmedicated—can also reduce time with the ulcer and minimize the risk of transmission to others."

There is hope for more long-term, permanent solutions, but they won't come immediately.

"There is work being done on a vaccine, which has potential to benefit people greatly," Keighley explained. "And that's not just for the common manifestations of oral or genital herpes, but also for more serious disease manifestations, including encephalitis and neonatal disease.

"The major takeaway should be an emphasis on the similarities of these infections," she added. "But then an additional emphasis should be made on the disparities between the two from a psychosocial perspective and why that's harmful to our overall health and wellness. We should normalize the conversation around them and how to manage them with compassion and empowerment." 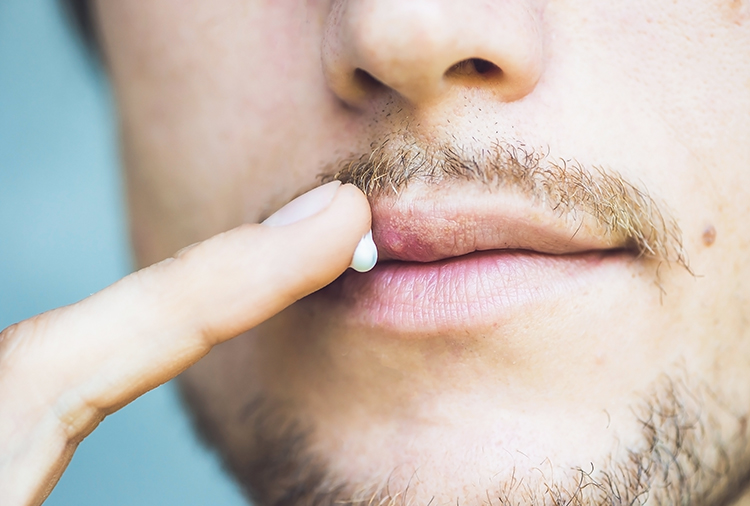 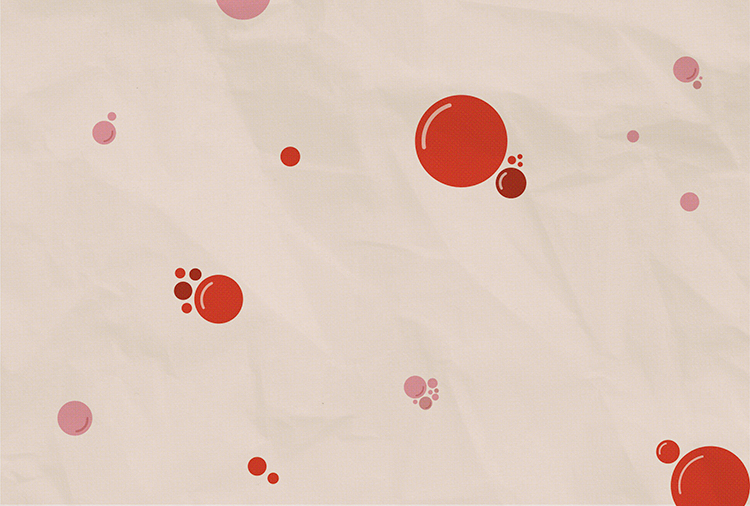 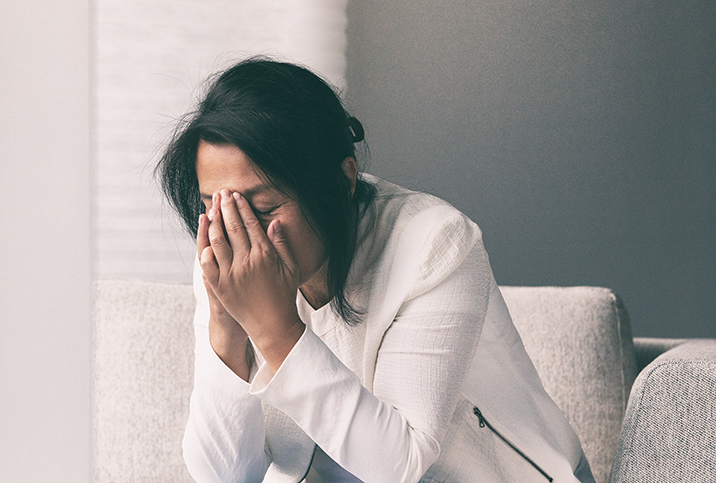