A History of Herpes Stigma
From ancient Greece to the 1960s, the history of it's stigmatization is long and complex. 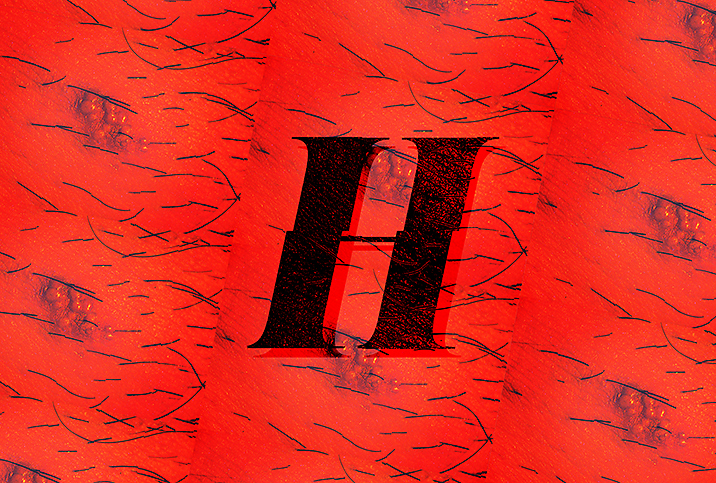 Statistically speaking, you, dear reader, and most adults you know will probably carry some form of the herpes simplex virus (HSV) at one point in your life.

In fact, the Centers for Disease Control & Prevention (CDC) considers both genital and oral herpes "common." Estimates from the Johns Hopkins Center place oral herpes rates between 50 percent to 80 percent in the U.S., while roughly 1 in 6 Americans between the ages of 14 and 49 have genital herpes. Moreover, 90 percent of individuals will be exposed to oral herpes by age 50.

These facts shouldn't make you uncomfortable—but if they do, you're not alone. Despite the ubiquity of HSV, herpes stigma remains a pervasive force in our society. Whether in the bedroom or as the butt of a joke, herpes and its symptoms are often associated with promiscuity, sexual deviancy, sex work and uncleanliness.

Thus the common refrain from STI-awareness advocates: "The stigma is worse than the disease." For most of the HSV-positive community, herpes itself causes intermittent outbreaks, if any symptoms at all. But herpes stigma remains long after the sores disappear—spoiling sexual encounters, shattering self-esteem and poisoning potential romantic relationships.

How did we get here?

Looking at the data, the stigma against herpes begins to seem a bit outlandish. Why should a virus most adults carry inspire such widespread revulsion and anxiety?

A common narrative found among otherwise reputable sources—like this Vice article—paints herpes stigma as a recent phenomenon. In this version of HSV history, the genesis of the stigma begins somewhere around the 1970s, with a coordinated fearmongering campaign by Big Pharma.

Jenelle Marie Pierce, founder of The STI Project, addressed this narrative in a phone interview. While there are elements of truth to this story, she said, stigma is rarely so straightforward—especially when sex is involved.

"STI stigma, in particular, is incredibly complex, and if it were that simple—if it were just as simple as Big Pharma made this happen—then we'd also be able to eradicate it and fix the problem," Pierce said.

Pierce was diagnosed with genital herpes at 16, and her own struggle with stigma inspired her to found The STI Project in 2012. For almost a decade, she's worked as a certified sexuality educator and spokesperson for positive singles. Today, she teaches courses covering STI stigma as an adjunct professor and private educator.

Rather than a single source, Pierce explained, STI stigma emerges from complex interactions between various "micro and macro" systems—family and peers, media, political groups, medical communities, and other social structures. Moreover, she pointed out that what we might consider a "stigma" against herpes began long ago—preceding the 20th century, and even the Common Era itself.

A timeline of herpes stigma

Hippocrates, the godfather of medicine and namesake of that famous oath, makes mention of herpes in the "Hippocratic Corpus." Medical historians suspect that "herpes" may have initially functioned as a blanket term for lesions caused by various skin conditions.

Regardless of the actual condition it described, the term "herpes" is derived from the ancient Greek herpein, meaning "to creep" and "to crawl"—referring to the spreading nature of the lesions. In the etymology of "herpes" itself, Pierce said, we see early evidence of negative undertones.

"That's not necessarily a good connotation associated with the word itself, and that's all the way back to [ancient] Greek time," Pierce said.

Pierce pointed to ancient Rome as well, when we see some of the first evidence to both treat and prevent herpes in the first century.

Famously, Emperor Tiberius is said to have banned kissing in public because of a rampant outbreak of oral sores among the Roman people. Shortly after, the Roman physician Celsus developed a treatment that involved cauterizing open herpes sores with a hot iron. (This doesn't actually cure herpes, in case you're wondering.)

It seems you can't write about sexual history without Shakespeare popping up somewhere. Even though the Bard's references to HSV are more or less lighthearted, they still carry a negative sting.

"Shakespeare talks about it in a couple of his different works, and talks about the sores on ladies' lips—how that's a potential risk of love," Pierce said. 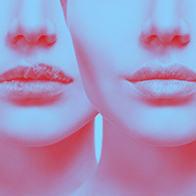 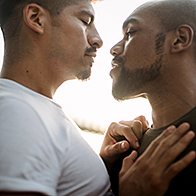 A Dating Guide for Living With Genital Herpes

In fact, the most famous love story in the Western canon, "Romeo and Juliet," makes allusions to what Shakespeare scholars suspect was oral herpes: "O'er ladies lips, who straight on kisses dream, Which oft the angry Mab with blisters plagues, Because their breaths with sweetmeats tainted are."

Herpes research took off in the 20th century, following the discovery of its infectious nature in 1893. The next big development, both scientifically and for the virus' stigma, occurred in the 1960s, when the two viral variants of herpes were first classified.

German virologist Karl E. Schneweis was the first to publish a paper identifying HSV-1 and HSV-2 in 1962. In 1969, American virologists André J. Nahmias and Walter R. Dowdle established that HSV-2 outbreaks primarily occur in the genitals, and were the first to identify herpes as a sexually transmitted infection.

Once HSV-2 became indelibly associated with sex, Pierce told me, a moral distinction began to develop in the public perception of herpes.

"That led to what is now commonly misassociated—one is oral, and one is genital, even though we know that they can both be in both locations," Pierce said. "Even still now, there's the perception that there's a 'good herpes' or 'a bad herpes.'"

This emerging moral dimension to the public's perception of herpes took hold in the media of the 1970s and '80s, as journalists began to warn of a "herpes epidemic." One (unattributed) Time article from 1973 went so far as to imply the virus exercised a principled approach to infection.

Time ran other herpes scare pieces, including the now-infamous "The New Scarlet Letter," by Maureen Dowd and John Leo, with "HERPES" ripping across the 1982 cover in red slasher-movie font.

As with many similar articles, "The New Scarlet Letter" blames an uptick in herpes cases on the sexual revolution—a widespread loosening of moral codes surrounding sexuality that began in the 1960s.

Many of the HSV-positive interviewees describe total withdrawal from romantic and sexual life, marriages in disarray and careers threatened by their diagnoses.

"Spurred on by two decades of sexual permissiveness, the disease has cut swiftly through the ranks of the sexually active," Dowd and Leo wrote.

Finger-wagging aside, "The New Scarlet Letter" portrays a sexual marketplace in an absolute panic over herpes. Many of the HSV-positive interviewees describe total withdrawal from romantic and sexual life, marriages in disarray and careers threatened by their diagnoses.

"...he caresses her right hand, then presses his thumb sharply down on her wrist and barks: 'You have herpes, don't you?' 'If her pulse jumps, she has it,' he says," Dowd and Leo wrote.

Media coverage appears to be both a source and reflection of widespread herpes panic in this era. Though herpes stigma predates the 1970s and '80s, these articles indicate an exponential spike in negative public attitudes towards HSV—herpes stigma going viral.

In the 1970s, major drug manufacturers began developing antiviral treatments for herpes, and kicked off aggressive marketing campaigns for the drugs in the '80s. Some sources, such as herpes.org.uk, went so far as to allege a coordinated effort to generate demand for new antiviral medications.

"In a promotional campaign unusual for a prescription drug, Burroughs in June began running a series of full-page ads in national magazines ranging from People to Playboy," Burns wrote. "The ads do not mention the medicine by name, but they do tell readers that herpes can be treated."

In 2006, Pedro Cuatrecasas, head of R&D at Burroughs during Zovirax's development, recalled anxieties he witnessed within the company's marketing department about a lack of demand for antivirals.

"Marketing insisted that there were 'no markets' for this compound," Cuatrecasas wrote about acyclovir (Zovirax). "Most had hardly heard of genital herpes, to say nothing about the common and devastating systemic herpetic infections in immunocompromised patients."

The extent of the steps Burroughs Wellcome—or any other drug manufacturer—took to address this issue is unknown. Regardless, while Big Pharma certainly played a role in generating herpes stigma, Pierce said, it's a mistake to lay the blame solely at its feet.

"It's a common misconception that Big Pharma is the cause of herpes," Pierce said. "Big Pharma has contributed to the stigma. It's one of the systems that are in place that are perpetuating stigma, but it's one of many."

In 1985, the New York Times noted that herpes panic had begun to subside in the shadow of the HIV epidemic. Indeed, the public terror described in "The New Scarlet Letter" seems to have cooled since then, and if herpes is mentioned at all in the media today, it's typically as the butt of a joke.

There's Dmitri Martin's famous joke that glitter is "the herpes of craft supplies," this "SNL" Valtrex commercial parody and this "Inside Amy Schumer" skit, to name a few of many. But perhaps no single individual matches Judd Apatow's fixation with herpetic comedy—as many have observed, nearly every single one of his movies features at least one herpes joke.

If herpes is mentioned at all in the media today, it's typically as the butt of a joke.

Apatow's movies function as a case study in how comedy preserves the late-20th-century herpes panic in a milder but enduring form. Take this rapid-fire exchange of herpes stigmatization from "Pineapple Express," where Danny McBride's character is "a disgusting person" for his (alleged) oral herpes, his infection attributed to sexual deviancy and sex workers.

This is not to argue for a cultural ban on herpes as comedic fodder, or even that herpes jokes are never funny. But as with all comedy, it's worthwhile to pause and reflect on the cultural assumptions behind modern herpes jokes—to recognize their lineage in a long history of stigmatization, and to ask ourselves whether it might not be time to leave that stigma in the past. 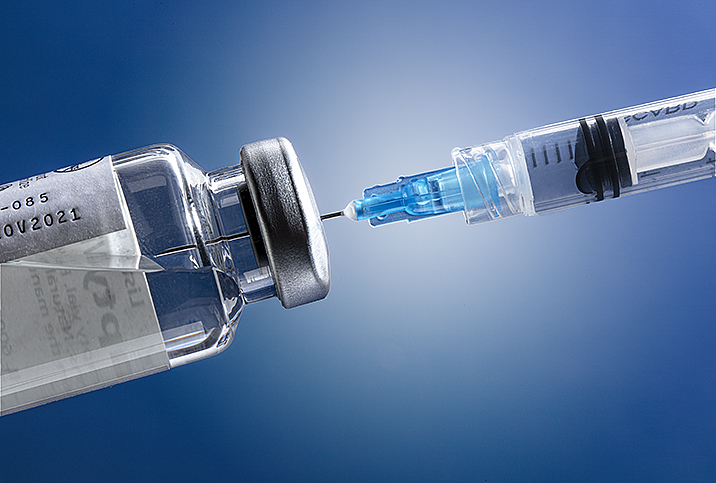 Why Isn't There a Herpes Vaccine Yet? 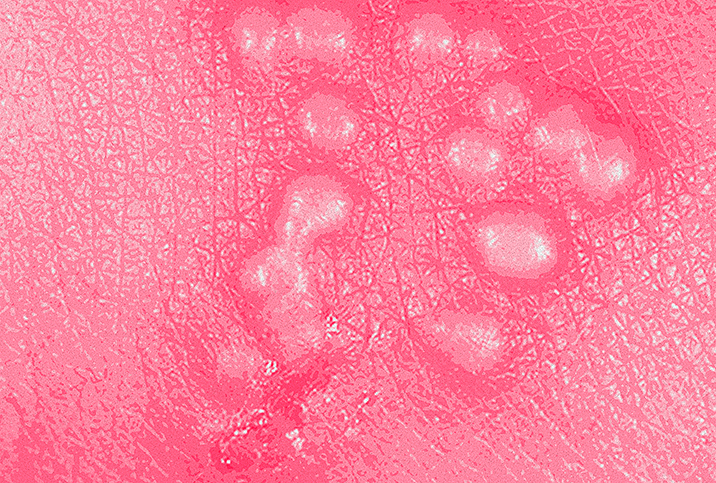 I Have a Cold Sore—Now What? 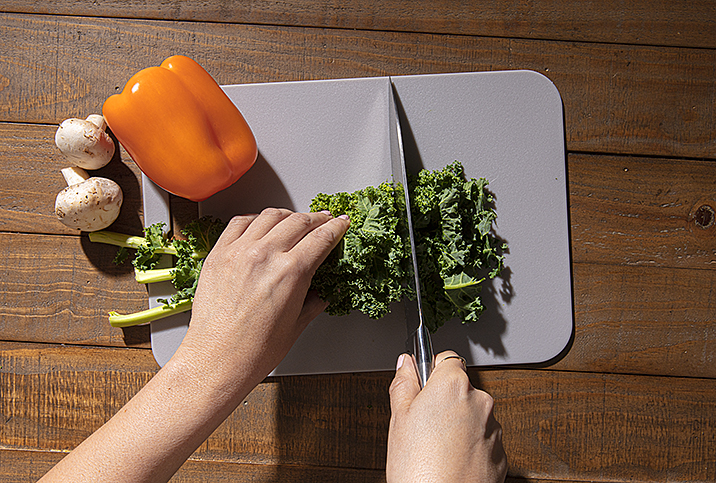 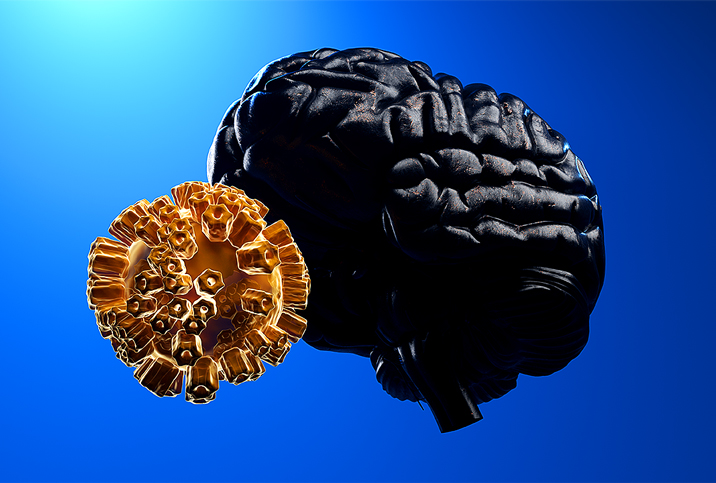