Hepatitis C: A Liver Disease That's Often Asymptomatic
Understanding the virus and taking protective measures can help you and your sexual partners. 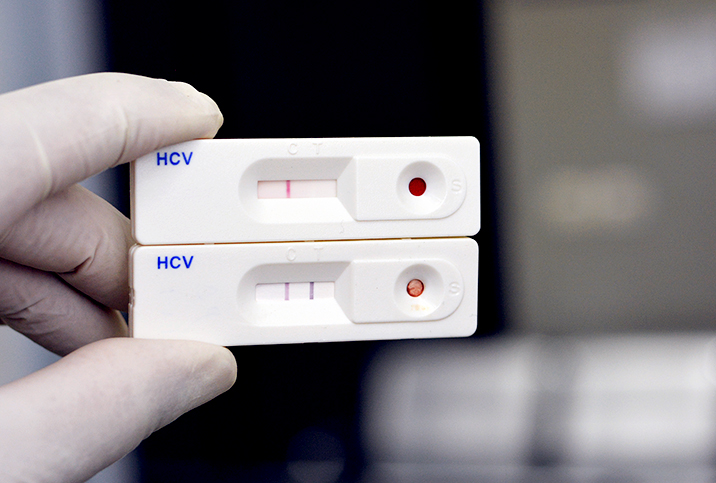 About 2.4 million people in the United States are living with hepatitis C, according to a report by the Centers for Disease Control and Prevention (CDC) published in 2018 in the journal Hepatology.

New data from the CDC in August 2022 revealed that fewer than 1 in 3 people with health insurance receive direct-acting antiviral treatment within a year of being diagnosed. Treatment rates are even lower for patients who are Medicaid recipients, living in states that have Medicaid treatment restrictions or younger than 40 years of age.

Barriers to lifesaving treatment include the cost, restrictions from insurance companies, the treatment not being a routine part of primary care and previous liver damage.

"Some infected individuals will clear the virus on their own, but most of the infected—about 75 percent—will go on to develop chronic HCV…Only about 15 percent of individuals with acute hepatitis C will develop symptoms," said Rabindra Ghimire, M.D., a clinical assistant professor and associate director in the infectious diseases division of Brody School of Medicine at East Carolina University in Greenville, North Carolina.

Over many years, inflammation of the liver caused by the hepatitis C virus usually results in the formation of scar tissue or fibrosis. The developing fibrosis in the liver can eventually reach a specific level known as cirrhosis. Patients with cirrhosis experience ongoing damage to the liver that may eventually result in worsening fatigue, fluid accumulation in the abdomen, bleeding from the veins in the esophagus or stomach contusion.

Although rare, hepatitis C infection with cirrhosis leads to an increased risk for liver failure and liver cancer. The goal of identifying hepatitis C is to cure the disease before cirrhosis develops and its complications occur.

'Some infected individuals will clear the virus on their own, but most of the infected will go on to develop chronic HCV.'

In 2014, about 20,000 deaths in the United States were associated with hepatitis C, up from about 11,000 in 2003. Although there have been marked increases in new hepatitis C infections for people in their 20s and 30s—with injection drug use as the primary transmission—the CDC reported 17,253 HCV-associated deaths in 2017. Since 2012, the CDC data indicates there have been more deaths attributed to hepatitis C than all the other 60 reportable infectious diseases combined, which includes HIV and tuberculosis.

"It is very hard to convince people to get tested since most of the people are asymptomatic until irreversible liver damage has occurred," said Amit Basnotra, M.D., a senior consultant gastroenterologist practicing at Sir Ganga Ram Hospital in New Delhi, India. "But following infection, about 50 to 85 percent of people develop chronic infection. The clinical manifestations include fatigue, weight loss, muscle and joint pain, anxiety and depression. Some people may develop skin rash, kidney problems, thyroid problems and diabetes."

Chronic hepatitis C is often described as "silent" because symptoms may be dormant for years until the first signs of liver disease. However, some symptoms can include bleeding or bruising easily, poor appetite, jaundice, dark-colored urine, spider-like blood vessels on the skin, confusion, drowsiness and slurred speech.

The risks of sexual transmission

The likelihood of transmission of hepatitis C during unprotected heterosexual intercourse is low because it's rarely found in semen or vaginal fluid. In a 2012 study of monogamous heterosexual couples, researchers demonstrated that the maximum incidence rate of HCV transmission by sex was 0.07 percent per year, or approximately 1 in 190,000 sexual contacts.

"People in long-term, monogamous relationships need not change their sexual practices, although they should approach safer sex practices if either of the partners is concerned about the transmission," Ghimire explained.

However, he added that some people face a greater risk of getting hepatitis C virus: people who are into "chem sex," or under the influence of stimulant drugs; men who have sex with men (MSM); people who have HIV or are on pre-exposure prophylaxis to prevent HIV; long-term sexual partners of individuals with HCV or on hemodialysis; and anyone who engages in group sex. 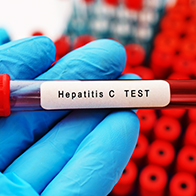 We Have a Cure for Hepatitis C—So Why Do So Many People Still Have the Virus? 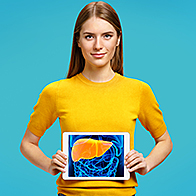 You've Been Diagnosed With Liver Disease—Here's What You Can Expect

Some studies indicate that sexual transmission from men to women is more efficient than the transmission from women to men, which mirrors similar findings for HIV. As HCV is spread through blood, it is more likely to be sexually transmitted during a woman's menstrual period.

"While some acute hepatitis C patients maintain normal sexual function as it advances, many may experience reduced libido, diminished sexual satisfaction and erectile dysfunction due to its effect on hormones," Basnotra explained.

"The two most important factors in combating hepatitis C are identifying the condition of those who have it and providing the treatment that will cure it," Ghimire said.

Diagnosis of HCV infection is made by carrying out an initial screening of blood and looking for hepatitis C antibodies. If this test is positive, then it's followed by a test of your RNA, that is, ribonucleic acid, a polymeric molecule essential in various biological roles in the coding, decoding, regulation and expression of genes. If HCV RNA is detected, diagnosis is confirmed.

Ghimire recommended all adults older than 18 be screened at least once for chronic HCV infection.

"Besides these, children and adolescents should be considered for testing if there is birth from a mother with HCV infection or birth in a high-prevalence country," he added. "It is also important to screen all women in each pregnancy. Patients with hepatitis C should completely avoid alcohol. In addition, one should encourage weight loss in obese patients and the cessation of cigarettes and marijuana."

Patients should avoid sharing toothbrushes and dental or shaving equipment, and extra care should be taken with any bleeding wound to prevent any contact with infected blood. Ghimire said patients should not donate blood and advised them to discuss their HCV status before the donation of body organs, tissues or semen. Caution should also be taken about body piercing and tattooing.

Ghimire suggested adults older than age of 18 get a hepatitis A and B combination vaccine, especially if they are at risk of infection because of work or are traveling to parts of the world where viruses are prevalent, such as Africa, Central and South America, Eastern Europe and Southeast Asia.

There is currently no effective vaccine against hepatitis C because of its numerous strains: at least seven genotypes and more than 80 subtypes. So far, it has been impossible to come up with one vaccine to protect against them all.

Until recently, hepatitis was treated with injections and oral medications that could cause serious side effects. However, patients now benefit from highly effective oral regimens—direct-acting antiviral therapies (DAA)—done on a daily basis for two to six months.

Ghimire recommended checking HCV RNA 12 weeks after the completion of a course of antiviral drugs to see if the infection has cleared. There may be an individualized treatment regimen for someone with prior treatment failure, but treatment is successful in more than 90 percent of cases. Your Comprehensive Guide to Screening 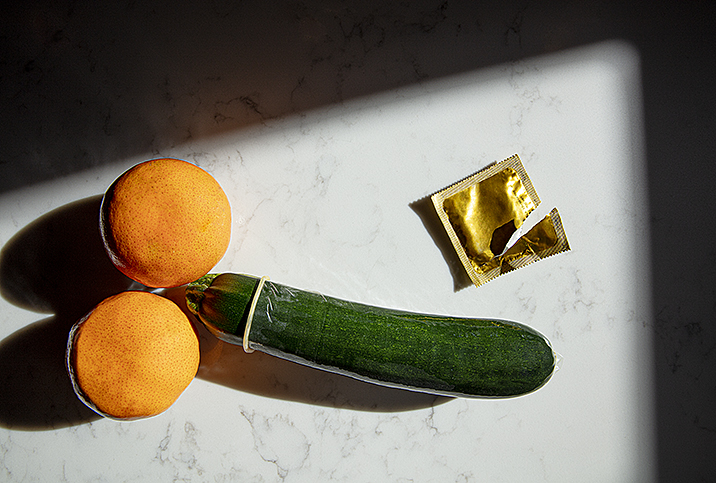 Pick a Condom, Any Condom 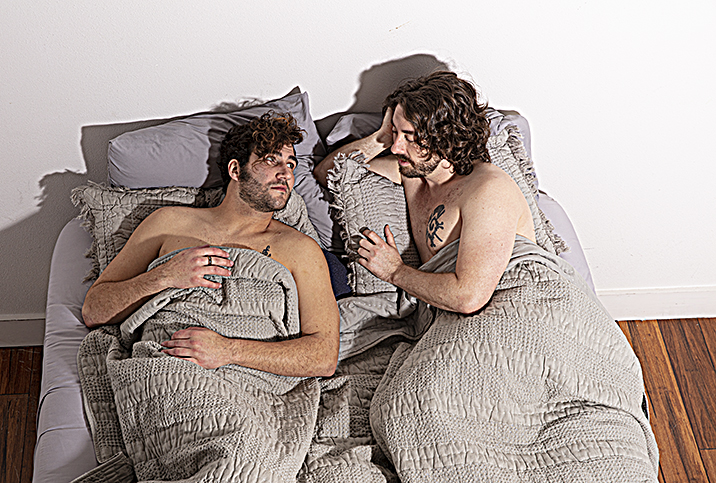