Does Your Fetus Have Hiccups?

Don't worry, those little rhythmic jumps in your womb are totally normal and safe. 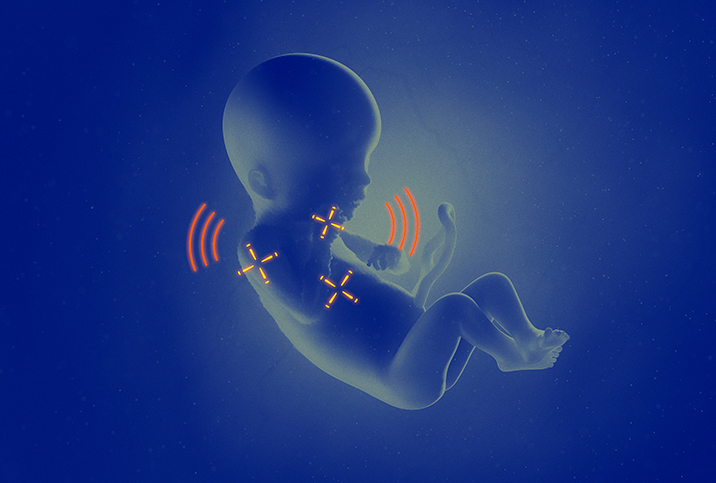 Although the kicks of a baby in the womb are exciting for parents, hiccups often cause concern and many people have doubts about the baby's well-being. Fetal hiccups are completely safe, however, this new sensation in the mother's belly—and the myths surrounding it—can trigger some red flags.

"Baby hiccups are one of the strangest things to feel during pregnancy. Considering babies are constantly moving all over the womb during pregnancy, hiccups can be felt in different places," said Lily Ochoa, R.N., a labor and delivery nurse in Miami who has a background in pediatric emergency nursing.

What should expectant mothers know about it?

Hiccups are common for babies during pregnancy.

"There is no risk to the baby when hiccups occur. Hiccups are a totally normal activity for your baby while in the womb," said Jacquelyn Means, M.D., an OB-GYN based in Plano, Texas.

Hiccups are part of fetal development, therefore, they are harmless to both mother and baby.

"Typically, hiccups develop in the late second and third trimesters. Babies can have many episodes of hiccups, but [they] resolve on their own with time," Means said.

In fetuses, hiccups and other movements in the belly are signs of health. However, mothers may feel a little annoyed if the hiccups are constant. Although everyone gets hiccups, the sensation in the womb can be a little different.

"When babies are still small, sometimes hiccups are felt like little rhythmic taps inside your belly," Ochoa explained. "Once babies get bigger, depending on the position they are in, you can really begin to feel as if they are kicking in only one particular spot and almost to a sort of beat."

Hiccups as part of fetal development

The body's diaphragm is involved in breathing, which means that with the involuntary contraction of the diaphragm caused by hiccups, the baby trains the lungs.

"I like to think of hiccups as a result of the baby practicing breathing and using its diaphragm, preparing for life outside of the womb," Means said.

"The diaphragm is a muscle that moves downward when we breathe, allowing our lungs to expand and let in oxygen," she continued. "Even though babies are 'underwater' and not breathing air, they are practicing using that muscle to expand and develop their lungs."

Hiccups have not only been linked to training for breathing after birth, but have also been associated with other equally important functions, such as the development of the digestive and nervous systems, the brain and motor skills, such as swallowing and suctioning.

They also may be related to the regulation of the heart rate.

"Fetal heart rate variability was unaffected by hiccups until 36 weeks, at which time it decreased during hiccup periods. This change in response to fetal hiccups may represent another neurodevelopment milestone for the fetus," stated a study published in 2007 in the Journal of Maternal-Fetal & Neonatal Medicine.

Why do hiccups appear?

"Hiccups occur when the diaphragm spasms or moves more forcefully in that down-and-out motion," Means said.

As the diaphragm contracts involuntarily, it causes the characteristic pattern that pregnant people feel.

"Babies practice breathing in utero, where they are surrounded by fluid, so as amniotic fluid enters their lungs, it causes their diaphragm to contract, which is what causes the hiccups to happen," Ochoa said.

Although we all know that hiccups come and go, they are more noticeable during pregnancy because babies get hiccups more frequently than adults.

How can you tell the difference between hiccups and fetal kicks? This is one of the most frequent questions Means hears from patients.

"We hear it a lot. It can be really hard to tell for some moms, and sometimes we use ultrasound as a tool to demonstrate what is occurring," Means said.

"Hiccups are typically rhythmic jerking movements in one spot, feeling sometimes like a twitch or a pulsing jump," Means explained. "Kicks are a bit more random and at different locations within the uterus."

New mothers may be frightened when they feel their baby's hiccups for the first time and don't know what they are. Fetal hiccups can't be prevented or alleviated, but they don't involve a risk to the baby or the mother, either.

"There is a myth that hiccups, or too much of them, means the baby is sensing danger, that somehow babies hiccupping means they're gasping for air," Means said.

However, Means explained that babies are not breathing air; they're submerged and swimming in amniotic fluid.

Although fetal hiccups are normal and safe, if you notice anything unusual, it is advisable to go to your OB-GYN. They provide ultrasounds and other tests to check how the pregnancy is going.

"It is always good to talk to your OB-GYN provider," Means said. "Far and away, as medical professionals, we get more concerned with no or decreased fetal movement versus hiccups, which do not alarm us."

What Your Scent Tells Your Baby—and Vice Versa 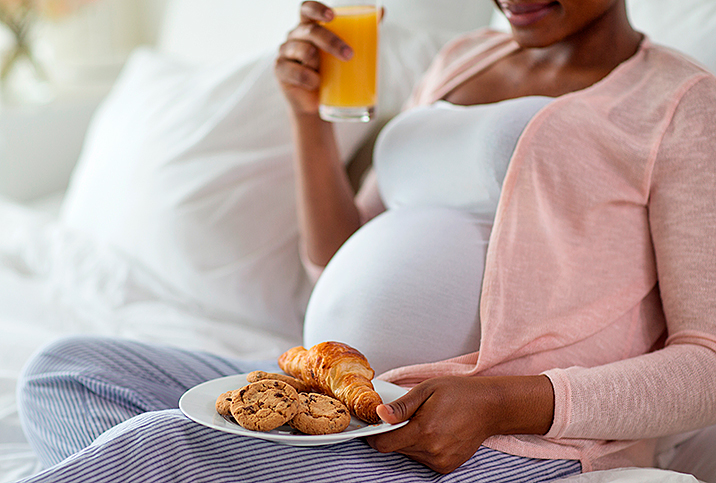 The Effect of Pregnancy Cravings on Your Kids' Food Preferences 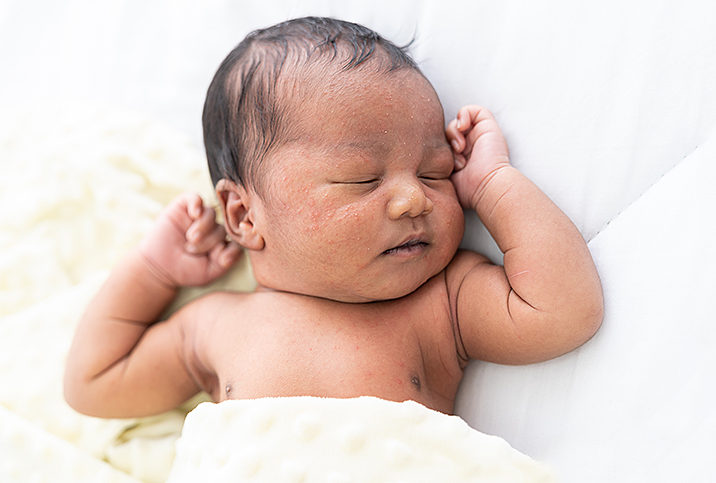 How Antibodies Are Passed From Mother to Baby