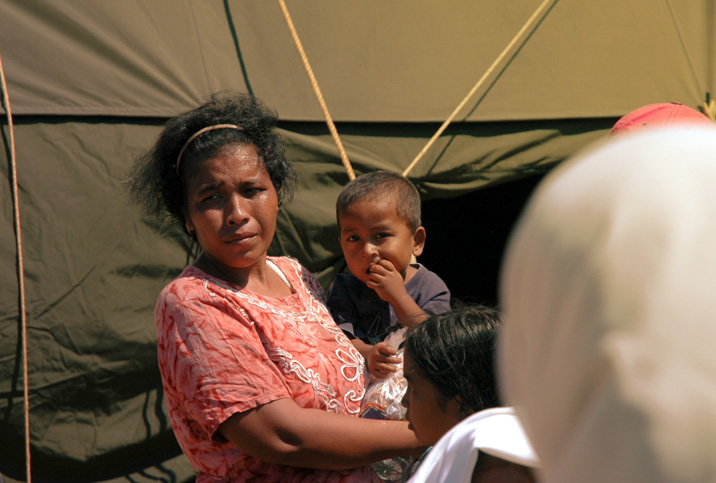 Fleeing or surviving a tornado, flood, wildfire or other natural disaster has to rank as one of the most difficult experiences a family can face. When these families have nursing babies in tow, that stress only compounds. And research shows these disasters have become more frequent as climate change worsens and sea levels rise.

A new bill introduced in February 2022 in both the House and the Senate may shore up support for breastfeeding mothers and their children during emergencies. The Delivering Essentials to Mothers Amid Natural Disasters (DEMAND) Act would enable the Federal Emergency Management Agency to make breast pumps and other breastfeeding supplies eligible for financial assistance and to provide lactation support to families during disasters. The bipartisan legislation is co-sponsored by Sens. Tammy Duckworth (D-Ill.) and Thom Tillis (R-N.C.) and Reps. Lauren Underwood (D-Ill.) and John Katko (R-N.Y.).

Currently, families who receive assistance from FEMA are offered formula to feed their infants and young children, "which is going to work great for some families," said Tina Sherman, senior campaign director of MomsRising, a national organization that advocates for family-friendly policies and maternal-justice issues. "That is not going to work great for others."

The importance of breastfeeding support

The goal of the DEMAND Act is to provide food security to American families in times of disaster, regardless of how they're feeding their children. But providing breastfeeding support has an impact on health, as well as hunger, said Aunchalee Palmquist, Ph.D., M.A., a certified lactation consultant and assistant professor in the department of maternal and child health at UNC Chapel Hill's Gillings School of Global Public Health.

"Nothing can provide infants with the nutrition and immunological protection during disasters that human milk does," Palmquist said. "And yet, historically in the U.S., only formula-feeding had been incorporated into disaster response. The DEMAND Act helps to address this disparity in infant-feeding support. It is a critical investment in public-health support for breastfeeding."

The American Academy of Pediatrics recommends babies be exclusively breastfed until at least 6 months of age. According to the most recent Breastfeeding Report Card from the Centers for Disease Control and Prevention (CDC), slightly more than 84 percent of infants born in 2017 started breastfeeding, yet only about 58 percent were still breastfeeding at the six-month mark.

Sherman attributed this drop, in part, to a lack of access to breastfeeding support and supplies (though other barriers, such as a lack of paid family leave, affect breastfeeding rates, too).

As a resident of North Carolina, Sherman has witnessed firsthand the impact of hurricanes on nursing mothers. And she's seen support providers step up to help, despite the lack of a formalized system, which the DEMAND Act would create.

"Thankfully, lactation consultants kind of band together and create what's often called a ‘warm line' to help parents through that," Sherman said, "but that's a really informal network depending on the good graces of the professionals in the community."

Support for the DEMAND Act

Not only has the DEMAND Act won bipartisan support in Congress, but it has also been endorsed by organizations focused on maternal and child health, including MomsRising, the U.S. Breastfeeding Committee (USBC) and the American Academy of Pediatrics (AAP).

"Infants are a highly vulnerable population, yet caregivers are too often left without access to support and supplies to ensure their infant's basic nutrition needs are met in emergencies," Sankofa continued. "Human milk is a critical component of food security. Ensuring that lactation support services and supplies are eligible expenses for emergency assistance from FEMA is an essential step in protecting the health and survivability of our babies."

'The DEMAND Act helps to address this disparity in infant-feeding support. It is a critical investment in public-health support for breastfeeding.'

"The American Academy of Pediatrics has endorsed the DEMAND Act, which will help make sure that parents have the breastfeeding support, equipment and other lactation supplies they need during disasters," she said. "Pediatricians are calling on Congress to quickly advance this important legislation so that new parents and their babies can be supported in disaster situations without interruptions."

The DEMAND Act is not the first collaboration between Duckworth and Underwood. In the past few years, they've also worked together on the Black Maternal Health Caucus' Black Maternal Health Momnibus Act of 2021. President Joe Biden signed the act's first bill—the Protecting Mothers Who Served Act—into law in November 2021. Other provisions of their "Momnibus" were included in the Build Back Better Act.

"I know how difficult being a new mom is, so I can't imagine also having to worry about where my baby's next bottle is coming from in a time of crisis," Duckworth said via an emailed statement. "In the aftermath of a tornado, flooding or any other kind of natural disaster, it's critical that survivors have access to what they need for their families—and for nursing moms, that means access to lactation support."

"I'm proud to introduce the DEMAND Act with Sen. Tillis and Reps. Underwood and Katko to help make sure FEMA's coverage is clear and understandable," Duckworth continued. "It's a simple, commonsense solution to help families through these moments of crisis."