Author and dating coach Connell Barrett has tips for guys looking for love. 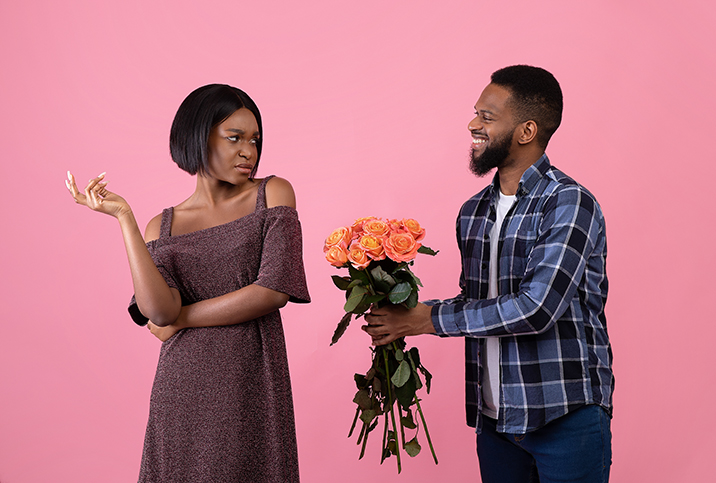 When Connell Barrett was in his late 20s, he moved to New York City to pursue his dreams of being a magazine writer. He achieved the dream for more than a decade, and then about 10 years ago, he was laid off from his job at Sports Illustrated.

He'd been working hard on improving his dating life: hiring dating coaches, taking courses and attending boot camps. With all his newfound experience, he was faced with the choice of trying to stay in journalism or starting his own dating coaching business, and the latter excited him more.

Barrett saw the world of men giving men dating advice as mostly sketchy pickup artist types telling men to be alpha males and neg women. While he found the pickup artist scene off-putting, he liked many aspects of what he had learned in the dating industry, especially the ideas of remaining authentic and looking for genuine connections. Barrett launched his website, Dating Transformation, and set out to become a real-life Hitch, the dating coach played by Will Smith in the 2005 movie of the same name.

Barrett has distilled his dating advice for straight men into the book "Dating Sucks, but You Don't: The Modern Guy's Guide to Total Confidence, Romantic Connection and Finding the Perfect Partner."

In this exclusive interview with Giddy, he explained the importance of authenticity when dating, making the first move and more.

Why is authenticity so important when dating?

Barrett: It's important for men to be authentic when dating because a man awakens his more confident self. When a man awakens that confident version of himself, that's him at his most attractive to women, as opposed to putting on a mask and playing the part of an alpha male or a bad boy or super-duper nice guy to the point of being suffocating.

The big breakthrough I had was when I went out one night and one coach said, "You're too nice. Go out and be a dick for a whole month." I thought, "Well, he's the expert, I'll try it." I did it for eight or nine days and I said really polarizing and obnoxious things. I'd walk up to women on the dance floor and say, "No dancing allowed. Don't dance here unless I tell you to." It just felt awful; it felt fake. Also, it didn't work, either. One woman actually rightfully poured a pitcher of ice water down my shirt when I was being such a fake a--hole.

Then I decided to stop putting on a mask. Not only am I going to be authentic, but I'm going to try to be really vulnerable and truly be myself. I went out a few nights later and did the exact opposite. I felt so much more relaxed—a more comfortable, confident me.

'Women like a man who's authentic because you can trust a person who's being truthful.'

That was the night when a really attractive British woman who I was talking with, after about two minutes, said, "OK, you have 10 seconds to kiss me, 10…9…8…." I thought, well, it wouldn't be gentlemanly to turn her down.

All I did was walk up and put my truest, most authentic self out there, not using any canned, planned lines. At my best, I'm a cool nerd. I'm just a nice guy from Ohio who has a little bit of a smart-ass side. I was putting that side out there and, all of a sudden, women were loving it.

Women like a man who's authentic because you can trust a person who's being truthful. People need trustworthiness. Confidence plus trustworthiness is very attractive to people in general and single women in particular.

You write, "I believe the key to reaching your potential as a fulfilled, authentic man means getting in touch with and embracing your sexual side." What are some ways men can do that?

Many men have a sense of shame about expressing sexual desires and struggle to take action that is aligned with their sexual nature. Many men say, "I don't want to tell a woman she's beautiful" or "I don't want to make a move and go for that kiss because I think it's wrong" or "I'm not comfortable."

We're all sexual beings. Why hide that? You don't necessarily want to lead with that. You want to be a gentleman and make women feel comfortable, but there are moments when you can absolutely get more in touch with your sexual side.

An example of how to do that would be, on a first or second date, using the word "sexy." Saying to your date, "You know what's really sexy about you, it's the way you [fill in the blank with something genuine]." Using the word sexy on a date as a genuine compliment is a way to begin to get in touch with your sexual side.

There's no bigger fan of the #MeToo movement than me. I'm a feminist. At the same time, I think there are some older, time-tested tropes in dating that still hold true, such as generally, the man is the one who's going to make the move. The woman will say either yes or no to that.

Nothing wrong with making moves as long as you do it with empathy and focus on how a woman is feeling. Going for that first kiss is being in touch with your sexual side.

Why do men fall into 'the friend zone'? And what can they do to keep that from happening?

There are basically three kinds of social relationships we have other than family. The first is man-to-woman, if we're talking about hetero dating. The second is what I call friend-to-friend, and the third is business-professional.

'[The Friend Zone] is a logical, intellectual conversation that is not romantic. There's not enough laughter or flirting.'

The friend zone is usually caused when a man accidentally reflexively falls into a friend-to-friend frame with a woman on a date, which means he's safe, he doesn't make moves or maybe he speaks to her in a more logical, analytical way as opposed to a romantic, flirtatious way. The friend zone is basically talking to a date like she's your friend. It's a logical, intellectual conversation that is not romantic. There's not enough laughter or flirting.

To flip the channel from friend-to-friend to man-to-woman is not necessarily comfortable for men who are afraid of rejection. When you put some romantic cards on the table, you run the risk of a woman not responding well. For example, you could be on a first date, and you might think, "Oh, my gosh, we've been talking about the weather and sports for the last half-hour. There's nothing personal."

A way to make a date man-to-woman and help those sparks happen is to make it more personal. Ask her personal questions. I don't mean super-personal, just about her life, passions, desires, hopes and dreams. And share some personal things about yourself. That's man-to-woman because it's emotional. It's about letting her know you're attracted, giving her good emotions, and sticking to that lens of romantic and emotional connection rather than logical and informational connection.

Tinder and other dating apps have exploded in popularity. What's the most important piece of advice you can give men for improving their Tinder profile?

Have at least one really good portrait photograph of you well-dressed with a real smile with eye contact toward the camera. Most men just take the best three photos from their phone: an amateur selfie, a group shot with four other men and a shot of him holding a fish. The single most important piece of real estate on your Tinder profile is that first photo that she's going to see when she's swiping.

Have some personality and a little bit of humor in your profile. Women aren't looking to date a standup comedian, but they do want to smile. 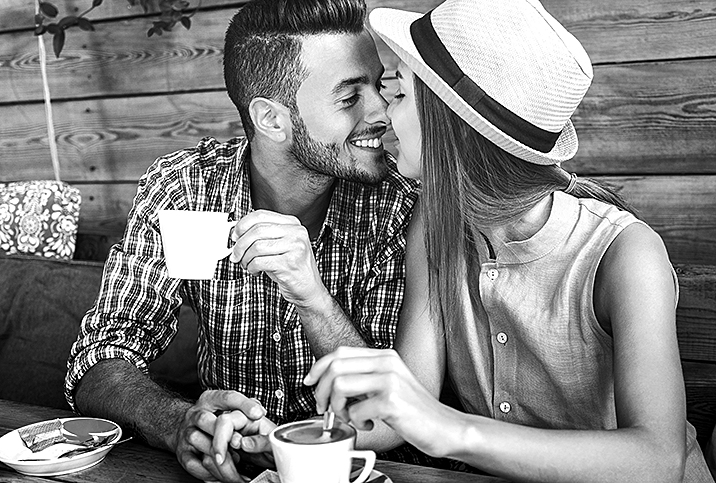 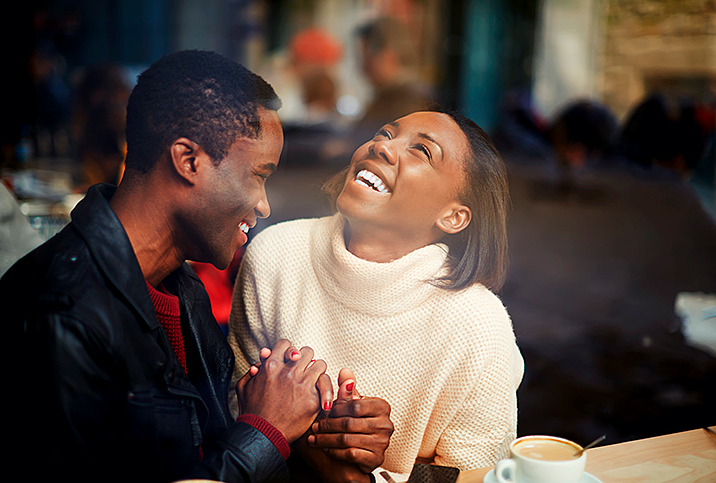 How to Ask Your Friend to Set You Up on a Date, According to Experts 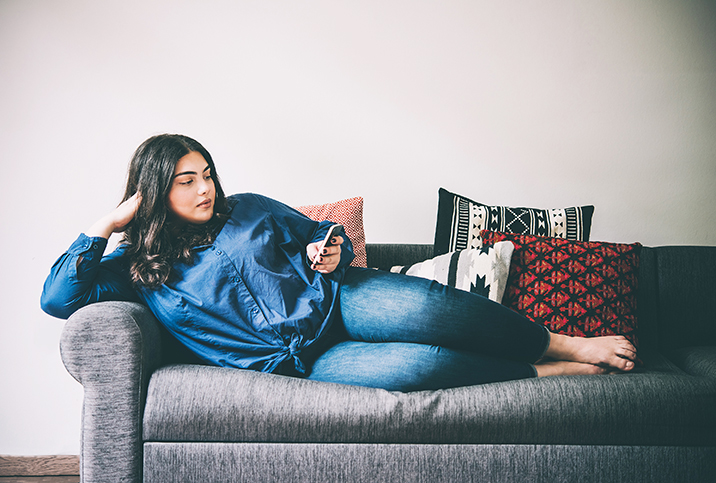 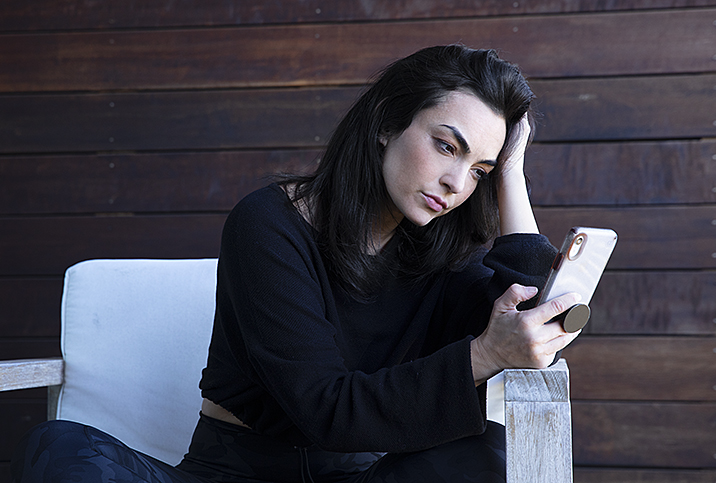