A Beginner's Guide to Aromatherapy for Sexual Health 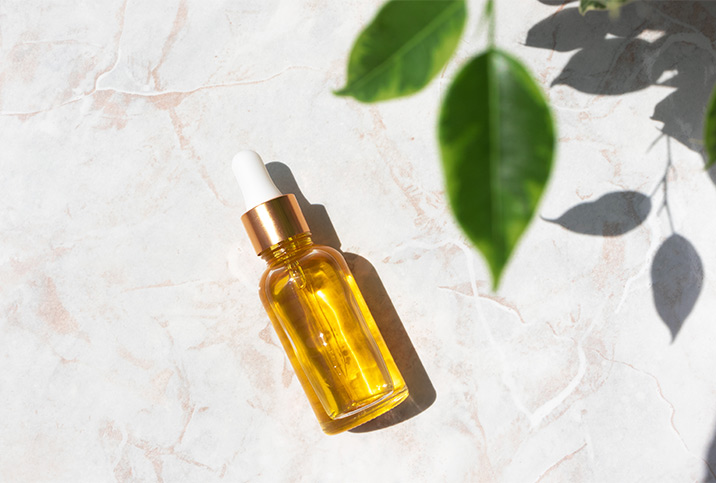 Aromatherapy is a holistic treatment using natural plant extracts or essential oils to improve mental and physical health. Some essential oils have a reputation as aphrodisiacs, able to stimulate desire, too. Previously relegated to the fringes in most Western societies, the age-old practice has recently gained widespread popularity on social media, and increasing recognition in scientific and medical communities.

"Aromatherapy is the use of aromatic plants and extracts as a form of herbal medicine," said Jessica Baker, a licensed acupuncturist and registered herbalist in Oklahoma City. "The discernment that comes from the inhalation of various aromas has been essential for our evolution as a species and plays an integral part in regulating several body systems."

René-Maurice Gattefossé, a French chemist and perfumer, coined the term "aromatherapy" in a 1937 book discussing the medicinal use of natural botanicals. However, the practice dates back thousands of years. Ancient cultures in India, Pakistan, Iran, Egypt and China used plant compounds in balms, resins and oils for religious and medicinal purposes. The most famous of these was the Egyptians' kyphi, a versatile, 16-ingredient blend.

The concept of essential oils as medicine spread to Europe in the 1600s, gaining traction in countries such as Germany and France. However, it wasn't until the 1980s that aromatherapy became popular in the United States. In the past few decades, interest has swelled among the general population and scientists alike, and so has the evidence bolstering long-standing claims.

More research is needed to determine how effective aromatherapy is for specific applications. But several studies have demonstrated its potential benefits in managing a variety of ailments, including anxiety, indigestion, depression, stress, nausea and pain.

What are essential oils?

Essential oils are extracts that contain a plant's "essence," the collection of compounds that produce its distinct properties, such as flavor and scent.

"Volatile compounds called terpenes are responsible for the aromatic and some of the therapeutic properties in plants," Baker explained. "The plant terpenes are extracted through various methods—steam or water distillation, hydrocarbon extraction, etcetera—and we call them essential oils."

Every plant has a particular assortment of terpenes, each of which has distinctive properties and serves a specific purpose. Besides contributing to a plant's aroma, terpenes may attract pollinators, help plants heal and fend off germs and predators. When terpenes oxidize through the drying and curing process, they are known as terpenoids.

Rashmi Parmar, M.D., a psychiatrist with Mindpath Health in Newark, California, said on a basic level, aromatherapy generates an anti-stress response, stimulating the release of "feel-good hormones" and reducing heart rate, blood pressure and respiration. However, the interplay between scents and bodily systems is much more intricate and its effects more varied.

"This is just one facet of how aromatherapy works," she noted. "It actually works in a much more complex way involving diverse brain pathways resulting in a variety of desired outcomes."

When inhaled or absorbed through the bloodstream, terpenes interact with the endocannabinoid system (ECS), a complex neuromodulatory system composed of receptors, neurotransmitters and enzymes spanning the brain and body. The ECS also influences the limbic system, which contains the amygdala and hypothalamus and regulates emotions.

"The endocannabinoid system is found throughout the body, with many receptors in the limbic system," Baker said. "The ECS is responsible for homeostasis regulation. Some of its functions have been described as 'relax, eat, sleep, forget and protect.' Our ECS regulates mitochondrial activity, neurogenesis, mood, memory, appetite, pain and reward. Many of the limbic system functions are also attributed to the ECS. Inhaling essential oils can have an immediate effect on both the limbic and endocannabinoid systems."

The sense of smell is the only sense directly connected to this part of the brain.

Christine Sauer, M.D., a certified holistic mental health and brain health coach, trainer and educator based in Halifax, Nova Scotia, explained that aromatherapy's effect on the limbic system is particularly profound because the sense of smell is the only sense directly connected to this part of the brain. Therefore, essential oils can regulate the strength and impression of emotions, she said.

"There have been multiple studies establishing the effectiveness of different oils and substances used in aromatherapy in psychiatric illnesses like depression and anxiety," Parmar said. "Some studies have also reported positive effects on memory, concentration, pain, wound healing, infections, etcetera."

For example, several studies indicate lavender can have positive neurological effects, including acting as an analgesic, sedative, anxiolytic, mood stabilizer and anticonvulsive. Lavender has antiseptic and anti-inflammatory properties, so it may also aid in treating minor burns and bug bites.

"Essential oils can act as antioxidants to regulate the pro-oxidative effect of vitamin C in the brain and reduce the oxidative stress and overabundance of free radicals," she added.

There are more than 50,000 terpenes in nature and more than 90 types of essential oils. Experts say using one oil or a combination of oils can be beneficial, depending on your preferences and objectives.

Baker advised researching herbalism and aromatherapy to educate yourself about different plants, their uses and how to source them ethically. She also suggested buying aromatic plants, such as rose, lavender, sage, rosemary and thyme, to make simple herbal teas and then note how you feel as you inhale the steam or drink the tea.

Five popular oils and their purported benefits include:

Some essential oils have historically been credited with beneficial roles in the bedroom, though there's little research to back such claims. But if you'd like to experiment with some scents for sex, investigate:

There are few evidentiary studies or reports backing up the historical status of essential oils as an aphrodisiac, but it certainly could be fun trying to prove history right.

There are several ways to use essential oils, including inhalation or topical applications.

"Direct inhalation, with a diffuser or spritz bottle, has immediate effects on the limbic and endocannabinoid systems," Baker said. "Application on the skin through lotions, oils, balms and baths are great, especially when working with skin conditions or pain. I do not recommend using undiluted oils on the skin. Many of the terpenes can be irritating to the skin and are highly concentrated in essential oils."

To dilute essential oils, experts advise mixing them with water, carrier oils such as jojoba, argan or coconut, or other cosmetic or skincare products. Besides reducing the potential for skin irritation, diluting oils prevents waste as it can take hundreds or thousands of pounds of plant material to produce a few ounces of essential oils, Baker noted.

Baker and Sauer agreed it's OK to ingest certain essential oils in the correct dosage and diluted with food or beverages, but they don't typically recommend it.

"Essential oils can be very powerful and healing for emotional problems and general well-being and usually have few, if any, negative side effects," Sauer said.

However, as with any substance, adverse reactions are possible. These can include allergic reactions, irritation of the skin, upper airways, nose, mouth or eyes and, if ingested, nausea or vomiting. Severe reactions are rare, but if you experience one, seek medical attention.

"Essential oils are not a cure-all," Sauer said. "Any serious health issue, especially if sudden, should be evaluated and, if needed, treated by a licensed physician or other qualified healthcare provider. When adverse reactions should occur, do not just dismiss them as 'harmless detox reactions.' If in doubt, always ask experienced practitioners for advice and consult a medical professional for any unusual or concerning symptoms and reactions."

Editor's note: These statements have not been evaluated by the Food and Drug Administration (FDA). Our medical experts advise that you consult with your primary healthcare provider before you begin using an essential oil. This information is not intended to diagnose, treat, cure or prevent disease. 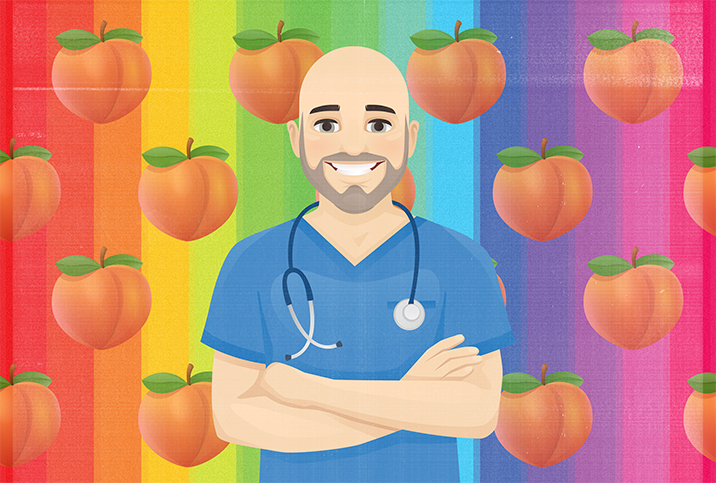 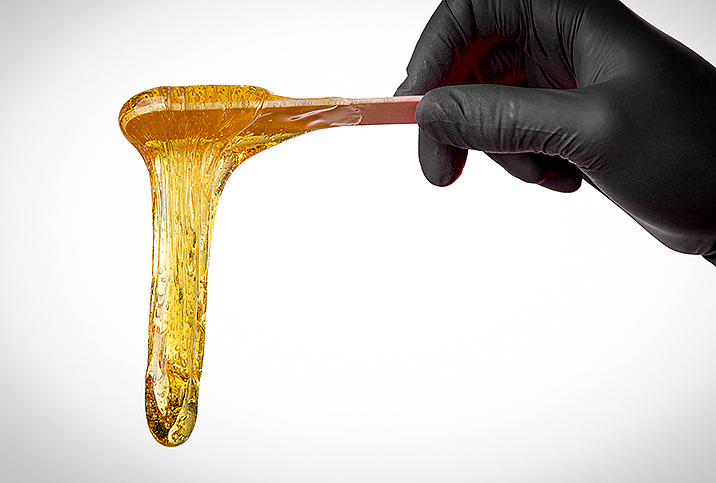 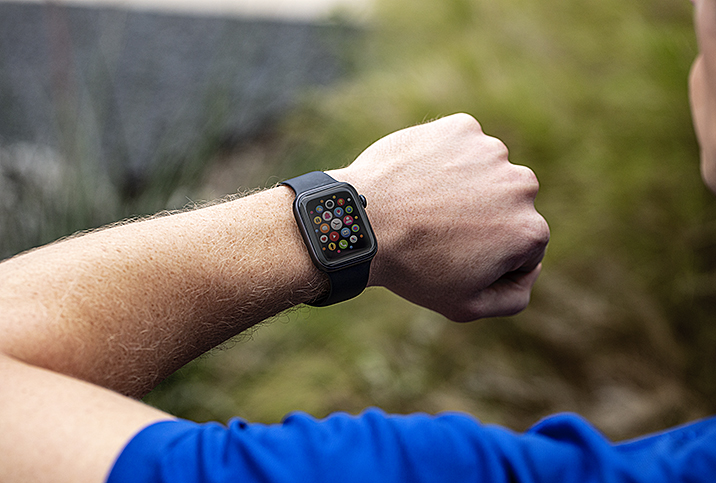 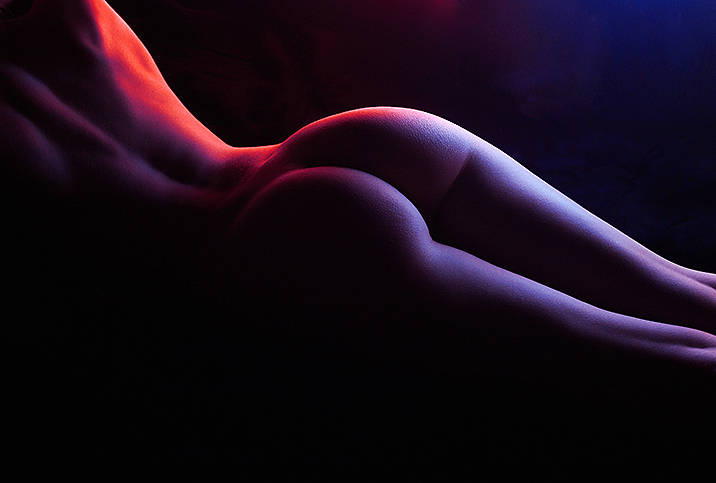