Vasectomy vs. Tubal Ligation: Which Is Right for You and Your Partner? Skip to main content

Vasectomy vs. Tubal Ligation: Which Is Right for You and Your Partner?

Couples should know the pros and cons before deciding on a vasectomy or tubal ligation.

Most birth control methods are temporary and short term, and sometimes that’s a good thing. If you decide you want children, it’s easy and convenient to stop using condoms, stop taking birth control or have an IUD removed.

However, if you know for sure you never want to conceive, you have some options to weigh.

The most effective form of birth control aside from abstinence, a vasectomy involves snipping the two tubes that enable sperm to travel from the testes to join seminal fluid for ejaculation. No sperm, no fertilization, no baby. The procedure is nearly 100 percent effective.

A vasectomy has many pros:

A vasectomy does have some potential cons, such as pain after surgery, bruising to the scrotum and, rarely, long-term testicular pain.

Vasectomies can be reversed. In fact, up to one in 10 men who get a vasectomy opt for reversal. While 85 to 90 percent of men experience a return of sperm to their ejaculate, pregnancy rates after reversals vary from 30 to more than 90 percent, though other factors, including age, sperm health, partner age and fertility issues, should also be taken into account.

Reversals are expensive—up to $15,000 plus hospital fees—and typically not covered by insurance. Reversibility success rates decrease significantly if the vasectomy was performed more than 15 years earlier.

Tubal ligation is a surgical procedure in which a woman’s fallopian tubes are severed to prevent eggs from traveling from a woman’s ovaries to her uterus. Without an egg present for sperm to fertilize, pregnancy cannot occur.

The pros of a tubal ligation are mostly that it’s effective—only one woman in 200 gets pregnant after the procedure—and permanent. As with a vasectomy, patients typically go home the same day. Periods continue as usual, hormones are unchanged and sexual function should not be affected.

In fact, most women report two results: an increased enjoyment of sex due to reduced stress about pregnancy, and being able to avoid the side effects—mood swings, weight gain and headaches—of other birth control methods. A tubal ligation, which can be performed in conjunction with another scheduled procedure, such as a C-section, protects women for whom pregnancy could pose a health risk and also reduces the chances of getting ovarian cancer.

The cons of a tubal ligation include infection, bleeding, damage to other abdominal organs, ectopic pregnancy (when an egg is fertilized outside the uterus), and the incomplete closure of the tubes, which can result in a potential pregnancy. Conditions including prior abdominal surgery, diabetes, lung or pelvic inflammatory disease, and obesity may increase the risk of complications.

Post-tubal ligation syndrome is also a risk; after the tubes are severed, levels of estrogen and progesterone plummet, leading to menopause-like symptoms.

Tubal ligation, like a vasectomy, can be reversed through reattachment. Initial procedures that resulted in little damage or scarring to the fallopian tubes are more easily reversed. Age, body mass index (BMI), remaining tubal length and egg quality are other important factors in determining a potential pregnancy.

Only 50 to 80 percent of women are able to get pregnant after a reversal, with younger women achieving greater success.

Both procedures—vasectomy and tubal ligation—are considered permanent and require surgery to reverse. Vasectomies are easier and safer than tubal ligations, which can damage nearby organs in the pelvis. Tubal ligation also typically requires more anesthesia, which increases risk, and because it’s a more invasive procedure, recovery time is a bit longer.

Further, tubal ligation still leaves the possibility of pregnancy due to incomplete closure of a fallopian tube, or an ectopic pregnancy, which can be life-threatening to the mother.

Vasectomies are typically less expensive because they can be performed under local anesthesia.

For these reasons, doctors typically recommend to heterosexual couples that the male partner undergo a vasectomy rather than the female undergo tubal ligation.

Coming to a decision

If you and your partner are ready to consider permanent birth control options, get all the medical facts from a doctor: a urologist for men, a gynecologist or a general surgeon for women. Then sit down and have an honest and open conversation. No one, male or female, should feel the responsibility to prevent pregnancy falls only to them. In the end, you should make an informed, well-considered and caring decision that’s right for the two of you.

Vaginal Health
Can My Birth Control Cause a Yeast Infection?
By Natasha Brooks 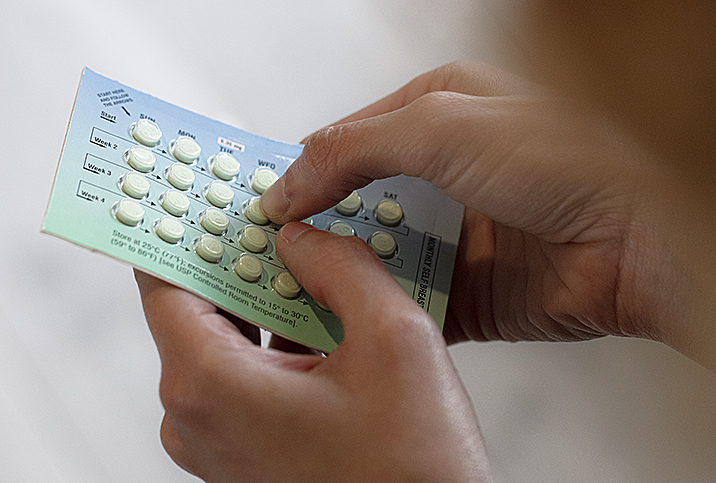