The Diagnosis and Treatment of Priapism

Erections that last four hours need attention, though the type determines the urgency. 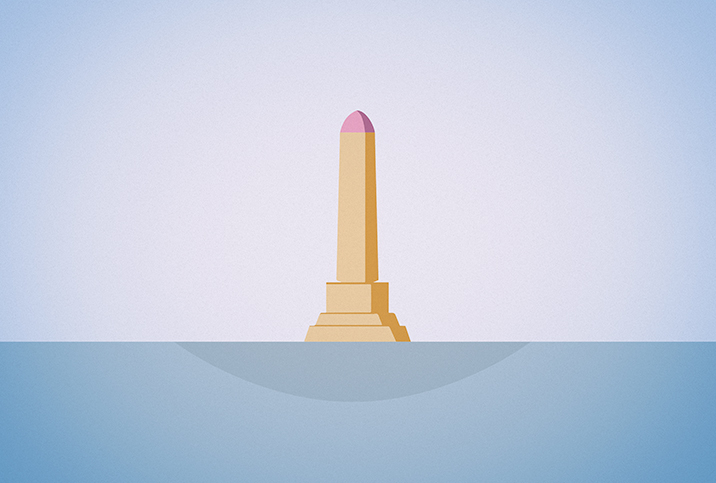 In a song from his 1977 album, the late Leonard Cohen admonished listeners, "Ah, but don't go home with your hard-on/It will only drive you insane/You can't shake it or break it with your Motown/You can't melt it down in the rain."

"I joke with [priapism patients] and I tell them, 'The erection is the property of Mayo Clinic. It's not yours and you're not going to leave my office with it,'" said Gregory Broderick, M.D., a urologist at Mayo Clinic in Jacksonville, Florida. "I advise all urologists and all physicians who run men's health clinics not to let the patient leave the office with the erection.

"A lot of providers think [the patient] can go home and have sex and they'll have a climax and that'll bring the erection down," Broderick added. "That is not exactly true for pharmacologically induced erection. Pharmacologically induced vasoactive stimulants will often produce an erection that lasts beyond a sexual climax. The patients actually learn this as part of their dosing protocol at home, because we start them out on a very low dose."

Priapism is just one of the potential side effects of oral and injectable medications for erectile issues. Men who have experienced such effects or who would like to avoid them might consider a wearable device.

Eddie® is an FDA-registered Class II medical device that was specially engineered to treat erectile dysfunction (ED) without the unfortunate side effects of medication. The subtle size and fast-acting results of Eddie allow men to treat their ED with more control. No waiting for a pill to kick in, no awkward pumps, and no painful injections or experimental treatments. In clinical trials, no cases of priapism were recorded.

Left untreated, priapism becomes serious, hence, Broderick's insistence on returning the penis to a non-erect state without delay. Once a patient has had a penile injection diagnostic test, Broderick reverses erections if they last longer than one hour. But people can experience different kinds of priapism with different underlying causes, which make different types of treatment necessary.

A 2018 peer-reviewed article published in the French journal Advances in Urology explained three types of priapism are possible:

"They're completely different," said William Akakpo, M.D., a urologic surgeon at Paris Urology and Andrology Center and one of the authors of the 2018 article. "You have the ischemic priapism—we call it 'low-flow' priapism—an emergency situation demanding urgent care to avoid definitive erectile dysfunction."

The ischemic variety tends to be idiopathic, or without a known cause, and occurs most often. A case of ischemic priapism must be managed quickly given the severe consequences of waiting, Akakpo said. Putting off treatment can lead to a 100 percent risk of ED.

Ischemia means a lack of blood supply to a part of the body. Drawing on American Urological Association guidelines, Broderick defined ischemic priapism as "a nonsexual persistent erection characterized by little or no cavernous blood flow and abnormal cavernous blood gasses."

Ischemic priapism functions similarly to a sexually stimulated erection under normal circumstances, save for the venous system closure that traps blood, he said.

"In the normally sexually stimulated erection, you have visual or tactile stimulation to the penis that first results in opening of the arteries, but then results in closure of the venous system to trap that blood in the penis," Broderick explained. "So, as you can imagine, blood that's trapped in the penis and is not freely circulating back into the vascular system will become ischemic, meaning with time, the oxygen tension in the tissues will fall, the carbon dioxide will go up and the pH will go down."

After approximately four hours, when the environment becomes ischemic enough, patients perceive pain, he said. And the erection becomes more painful the longer it persists.

"It is generally the result of a direct trauma to the penis, such as a straddle injury or an injury like a needle stick that lacerated the artery that caused unregulated blood flow," he explained. "So it's a tear in the vascular inflow system."

The trauma can occur from straddling a bike, for example.

"It's a non-painful, partial erection, not sexually stimulated," Broderick said. "Sometimes, it may first manifest itself with a morning erection, but more often than not, there's a history of trauma in the preceding 12 to 24 hours."

He likened the arterial dysregulation involved in nonischemic, high-flow priapism to an open fire hydrant that can't easily be closed. In that environment, the region remains oxygenated and blood circulates at a rapid rate, causing some semblance of an erection.

Broderick co-wrote an article called "Management of Priapism" in 2021 for the Urologic Clinics of North America. In it, the authors noted that whatever type of priapism develops, "the precipitating event may be a nocturnal erection that fails to subside."

Broderick said this phenomenon usually signals recurrent ischemic priapism. It frequently affects adolescents with sickle cell disease. Episodes of stuttering priapism can last one to five hours, he said, but they can also continue for about 12 hours after a nocturnal erection fails to resolve itself, probably prompting an emergency room visit at that point.

Diagnosing, differentiating and treating the types of priapism

Whether you see a urologist or an emergency room provider, the initial aim of an evaluation to resolve an enduring erection is to distinguish which type of priapism is at play.

When a patient comes in with priapism, Akakpo immediately asks how long the person has had the erection. The answer determines the type of treatment.

"High-flow priapism is not an emergency, so I'm taking that history of the trauma," Broderick noted. "One of the things that we strongly advocate is aspirating the penis and assessing the blood. Is it ischemic? Or is it arterialized? And that can be done with a simple blood gas or simply by looking at it. If it's bright red, that's more than likely high-flow arterial blood, especially if the patient gives you the history of trauma."

The less common, nonischemic kind of priapism tends to be easier to treat than the ischemic variety, Akakpo said. Aberrant arterial blood flow has to be stopped, usually with nonsurgical radiological treatment via embolization, a procedure that aims to block blood vessels. With an injection into the penile vessel, a urologist can close the fistula, or abnormal connection, that's contributing to the abnormal passage of blood.

Dark purple blood, in turn, indicates a likelihood of ischemia, Akakpo said. This clinical suspicion can be confirmed with a blood gas test.

"The other technology that's highly useful in the emergency room is doppler ultrasound to look and see whether or not there is actually persistent blood flow that might be consistent with high-flow, or no blood flow that would be consistent with ischemia," Broderick said. "So the first step in the management of ischemic priapism, as it turns out, is also the first treatment intervention, which is to try and aspirate the penis flat, get all the old blood out."

He explained that if you can get the old blood out and get new blood flowing into the penis, the efficacy of the following step increases greatly. That next step is giving a penile injection of an alpha-adrenergic drug, most commonly phenylephrine.

A number of effective treatments for priapism cease to work on an erection that has persisted for more than 48 hours, he said. In ischemic cases like this, venous blood with low oxygen pools into the penis. "The first line is to evacuate this blood," Akakpo confirmed.

In addition to the aspiration of the penis, a medication like epinephrine, an alpha agonist, can be administered to encourage vascular contraction to deflate the erection.

The best treatment for stuttering priapism is still in question.

"There is no validated treatment for patients coming with stuttering priapism," Akakpo said.

It can, though, result in ischemic priapism, so it can't be safely ignored. 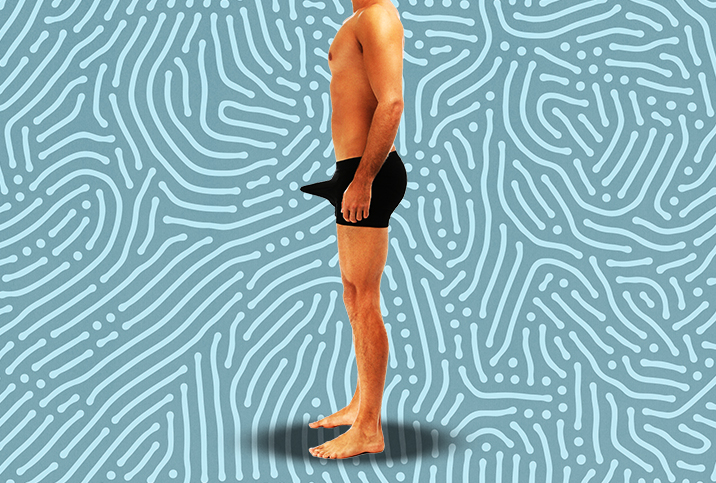 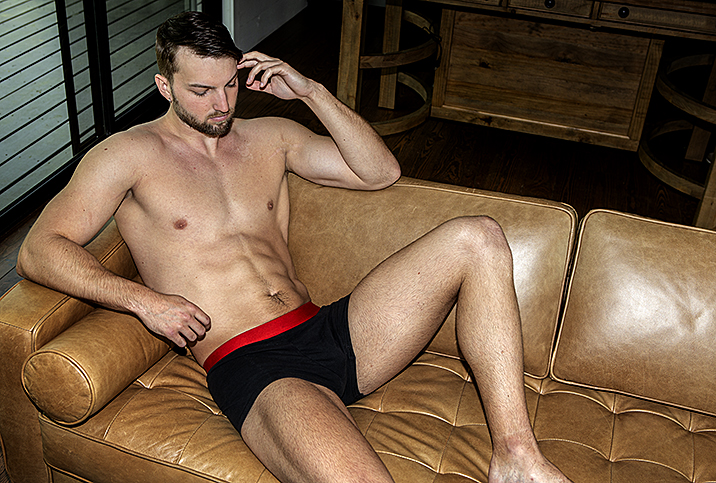 Bet You Don't Know These 4 Weird Facts About the Penis 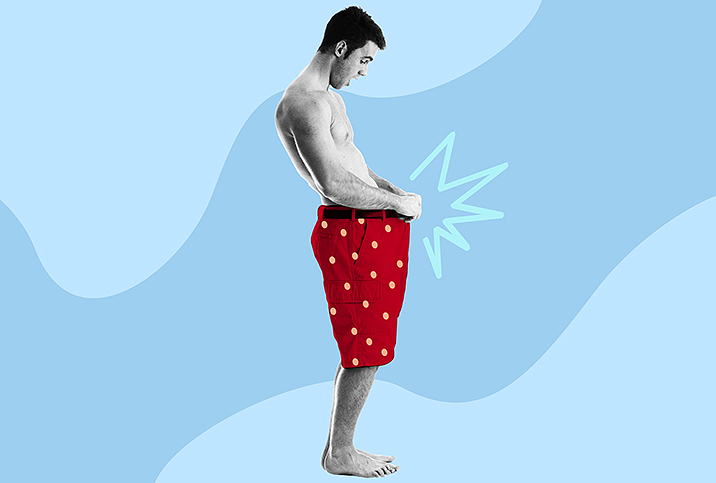 Four-Hour Erections Are No Joke What Happens When You Take Too Much of Your ED Meds?