When it comes to having a baby—or avoiding one—every detail counts, including use of lubricant. 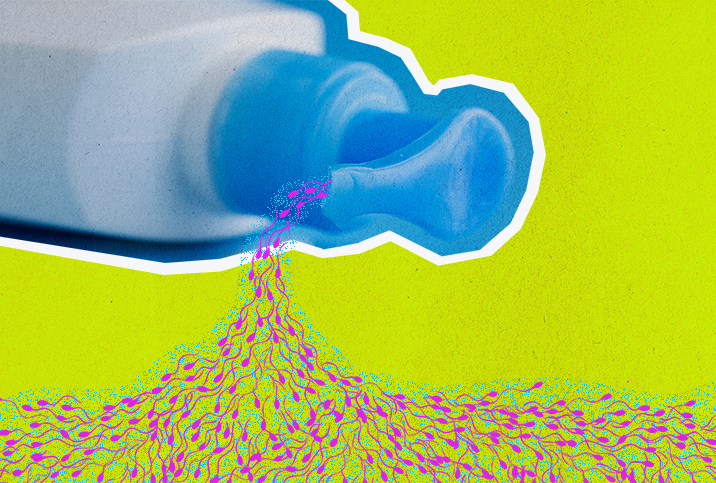 Despite its stigma over the years, lube is (finally) becoming a normal and accepted part of sex. Women who experience vaginal dryness or dyspareunia—pain during intercourse—are more likely to use lubricant more frequently, according to a 2012 study in the Journal of Sexual Medicine, but almost two-thirds of women in general use lube.

A 2014 study published in the same journal found 65.5 percent of women reported using lubricant in their lives, although only 20 percent said they had used it within the past 30 days. The main reasons they used lube: to make sex more comfortable, fun and pleasurable, and to decrease discomfort and pain, according to the study.

But when trying to conceive, it's worth taking a closer look at anything that comes in contact with your vagina.

Not an easy answer

Lubricant used during sex may have an impact on sperm, but it hasn't been shown to affect fertility itself. A 2012 study in Obstetrics & Gynecology journal stated that while over-the-counter vaginal lubricants can negatively affect in vitro sperm motility, they do not appear to reduce the probability of conceiving. A 2018 study in BJOG: An International Journal of Obstetrics & Gynaecology analyzed 6,457 women without a history of infertility and found no association between lubricant use and reduced fecundability, or chances of pregnancy.

Kecia Gaither, M.D., a double-board-certified physician in OB-GYN and maternal-fetal medicine in New York City, has kept up with these findings.

"I'm not aware of any studies denoting lubricants impacting fertility," she said.

But as the American College of Obstetricians and Gynecologists states, women trying to conceive have only about a 25 percent to 30 percent chance to get pregnant each month—percentages that decline starting in a woman's early 30s. If those numbers have you desperate for a baby, you may want to do everything you can to increase your chance of conceiving. Luckily, some types of lube have proved to be at least fertility-friendly.

Lube as a conception aid

The Food and Drug Administration has a special category of lubricants known as fertility lubricants, which have been tested for safety for sperm, eggs and embryos.

According to the American Pregnancy Association, fertility lubricants are designed to mimic the pH and viscosity of semen and fertile-quality cervical fluid, ideally making them more sperm-friendly than other commercially available lubricants.

To check if your lube is fertility-friendly, follow these guidelines:

"Lubricants assist in maintaining vaginal lubrication during sex, thus avoiding friction and vaginal injury/tears encountered with vaginal dryness," Gaither said. "It's best to use water-based lubricants, as oil-based lubricants can damage condoms and increase the risk of pregnancy and STIs."

Additionally, you should try to find fragrance-free lubricant.

"Lubes with perfumes and alcohols can impact the vaginal microbiome, resulting in altered flora and increased risk of vaginal infections like yeast or bacterial vaginosis," Gaither continued. "Those types of lubes additionally may cause allergic reactions."

Either way, you should only use lubricants that are safe for sex, and avoid food, oils and other liquids that could cause infection or damage condoms.

Lube is not a contraceptive

Although some vaginal lubricants, gels, foams and suppositories are marketed as contraceptives, usually boasting the presence of spermicide, they should not be used as a sole form of contraception.

Gel spermicides contain the active ingredient nonoxynol-9. A 2013 study published in the Cochrane Database of Systematic Reviews examined its effectiveness and found probabilities of pregnancy within six months ranged from 14 percent to 22 percent depending on the dose. However, the authors noted that personal characteristics and behavior of the users may be more important than characteristics of the spermicide products in determining the probability of pregnancy.

Eighteen of 100 people who use spermicide become pregnant each year, even if they always use it correctly, according to Planned Parenthood. For this reason, spermicide or lube alone should not be used as your main form of contraception.

While there is a slight chance that certain lubes can have an impact on your fertility, there isn't enough data to indicate that you should rely on lubricant to help yourself become pregnant or to prevent pregnancy. Talk to your OB-GYN about your options to increase fertility or to find a more effective contraceptive method.