Can you suffer from the damage of past generations? In a word, yes. 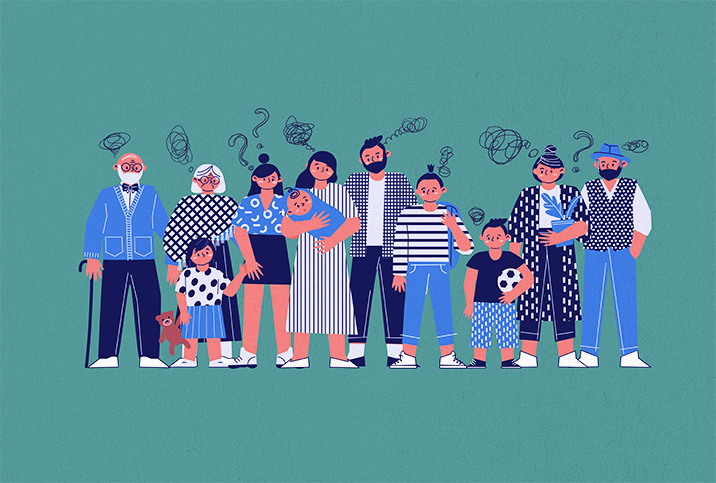 The refrain "trauma lives in the body" is true on several levels. A stressful week may lead to muscle soreness, or an especially upsetting instance might reemerge years later in otherwise innocuous circumstances. However, it's not only our own trauma living in our bodies. The trauma residing within our body and mind is evolution's attempt at helping us learn from our ancestors' mistakes.

"Intergenerational trauma is trauma passed down from a previous generation; the original trauma may have happened 80 years ago," said trauma specialist La Keita Carter, Psy.D., a licensed psychologist in Maryland. "Trauma stories are passed down such that the future generations may adjust their thoughts, beliefs or actions to accommodate for those trauma stories."

Carter explained that intergenerational trauma can be inherited both physically and culturally.

This means intergenerational trauma can afflict entire communities: The society raising a child emphasizes particular life-threatening situations and how to survive them. This may be passed down orally, such as in conversations between parents and children of color about injustice and how to behave around police officers, or genetically in the form of anxiety. However, intergenerational trauma isn't just a culture-specific boogeyman we're raised to fear. As San Diego-based nutritional psychiatrist Sheldon Zablow, M.D., noted, it's embedded in our individual DNA.

"How and when genes are allowed to code for proteins is controlled by epigenetics—'epi' meaning 'on top of' or 'in addition to,'" he said. "Epigenetics doesn't change the gene, it just changes how and when the gene is expressed. While our well-known immediate response to stressors is to fight, flee or freeze, epigenetic changes in gene expression are our long-term response, one that says, 'Get ready for the next time you or your children experience this threat.'"

A health adjustment from famine

Similar to particular pairings of parents carrying recessive genes embodied in the child, particular situations can exacerbate once inactive genetic mutations. If literally inheriting your grandparents' trauma sounds like a stretch, take a look at this case study:

"During the brutal WWII winter of 1944-45, the German army drastically cut back on food deliveries to the occupied western Netherlands, setting off a six-month period of severe starvation for the Dutch," Zablow said. "This famine, known as Hongerwinter ['hunger winter'], affected around 4.5 million people. Many were living on as little as 500 calories a day, and some 22,000 people died of starvation. Maternal starvation on children exposed to famine in utero during the first 10 weeks following conception [showed that] compared to their unexposed same-sex siblings, the exposed children, who are now over 75 years old, have had an increased risk of diabetes, obesity and schizophrenia. Even more startling is the fact these increased risks were inherited by the grandchildren of the starved pregnant women. Those who were in utero just before or after the Hongerwinter had a normal mortality rate."

The "how" of this generational health adjustment is as fascinating and unnerving as the situation itself.

"We now know the increased risk of disease among the in-the-womb Hongerwinter children was caused by the expression during early gestation of a specific gene called insulin-like growth factor-2 [IGF2]," Zablow continued. "These epigenetic changes were survival-positive at the time, for they made the unborn children and the newborn children better able to hold on to every single calorie provided by their starving mothers. When the food supply was reestablished, the children continued to latch on to every single carbohydrate possible. This ratcheted up their risk of developing obesity and obesity-related diseases such as diabetes. These epigenetic changes were also programmed into the tiny egg cells growing within the female fetuses' ovaries, which is how the changes were passed on into the next generation."

In this specific case, the physiological results of intergenerational trauma began as a means of survival. Starved fetuses grew into metabolically over-resourceful children who, once they outlived the famine, struggled to thrive in well-fed years. While it's impossible to know how this generation would have fared if the famine lasted their entire lives, it's an example of how bodies can adapt to survive the current moment, perhaps at the cost of the future.

If it confirms our beliefs, we believe it

In insular communities unified by generations of trauma, the need for survival outweighs guidance from mainstream, trusted authority figures.

One example is the infamously unethical Tuskegee experiments on African American men. Not only did experiment leaders purposely deceive and infect otherwise healthy Black men—and their communities—with syphilis while promising health care beyond the men's means, they also failed to treat those individuals once penicillin was discovered as a cure.

In facilitating and then continuing to allow the disease to ravage these men and their families, a blemish of trauma and mistrust in medical professionals was inflicted on the larger Black community.

Carter explained the burden this put on Black families for years and decades after.

While our well-known immediate response to stressors is to fight, flee or freeze, epigenetic changes in gene expression are our long-term response.

"We cope by shutting down or becoming hypervigilant," Carter said. "When the latter happens, a person simply burns themselves out. The brain is not meant to keep guard 18 hours per day.

"Other times, we use confirmation bias," she explained. "This happens when we only take in information that confirms our beliefs. We are completely ignoring data that refute our theory. In many cultures, word of mouth [and personal experience] is trusted much more than research or professional guidance. In other words, the doctor might say that getting the vaccine will help you and you might see the statistics of COVID infections steadily decreasing, but knowing just one person who had a bad experience with the vaccine can be much more powerful of an influence."

Intergenerational trauma is no reason to give up, but it is a good reason to examine our methods of communication in the midst of dangerous situations—and consider a change. Lynch Syndrome Is a Cancer You May Have Inherited

Why Ashkenazi Jews Are More at Risk for Rare Genetic Diseases 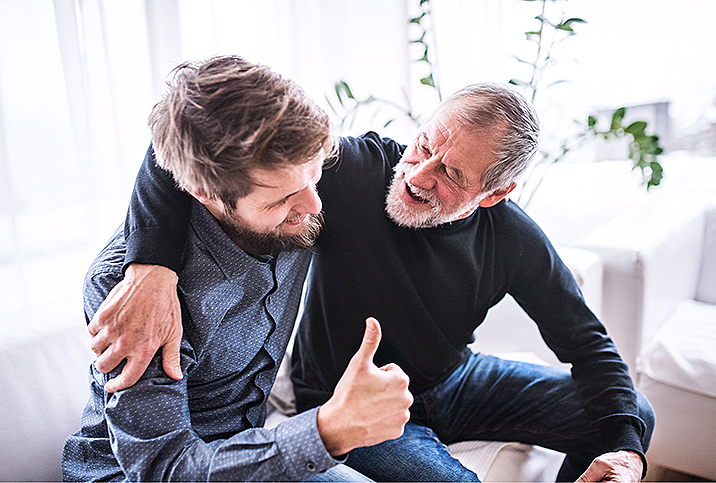 Did I Inherit My Infertility? 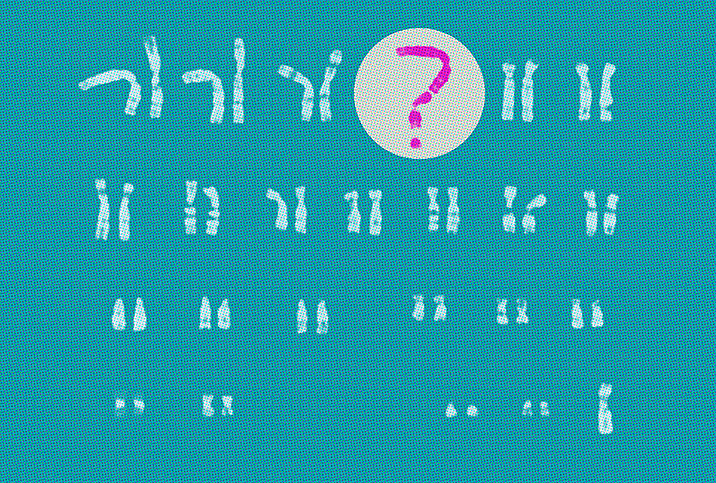