While most of the claims you've heard can't really help, some induction methods might just work. 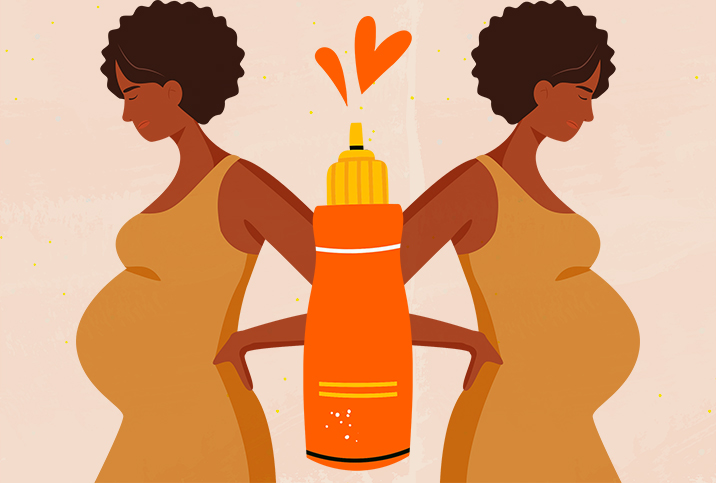 It's no secret that pregnancy can be physically exhausting. By the third trimester, a pregnant person may be experiencing back pain, trouble sleeping, Braxton Hicks contractions and general discomfort. It makes sense that you may want to get the ball rolling with labor at home—especially if your baby is past 39 weeks, which is when a pregnancy is considered full term, according to the American College of Obstetricians and Gynecologists (ACOG).

"There are many different tricks people have tried to put themselves into labor," said Sara Skiles, owner, CEO and primary doula at Wichita Doula LLC in Kansas. "Some of the most common ones I have heard clients swear by include walking, sex, eating dates, drinking red raspberry leaf tea, acupuncture, bouncing and swaying on a yoga ball, and eating a big plate of eggplant parmesan."

However, not all at-home labor induction methods are 100 percent tried and true. Some are anecdotal, some are safe—and some are not so safe. When attempting to induce labor at home, it's always best to proceed only with medical supervision and to research a method's validity, safety and potential complications.

Let's talk about some myths

Numerous foods are believed to help induce labor, and luckily for people who enjoy the heat, spicy food is on the list. But while harmless to eat during pregnancy, spicy food probably cannot make your baby arrive faster.

"It is a myth that eating spicy food induces labor," said Renee Trewella, B.S.N., a registered nurse in Louisiana. "However, the thought process behind it is quite interesting. Spicy foods can stimulate the gastrointestinal tract, which can cause contractions, but the contractions may be short-lived and/or not cause any cervical change."

While some research suggests that raspberry leaf can help shorten the second stage of labor, it's not a proven labor induction method. But like spicy food, it's harmless, so go ahead and have some tea if you enjoy it.

"Red raspberry tea has some limited data but is thought to assist with making the laboring process easier," Trewella said.

Too much tea, however, can cause discomfort or diarrhea, so take it easy on the Lipton.

You may have read stories about pregnant people eating entire pineapples—core and all—in an attempt to induce labor. We don't recommend it. The science is inconclusive, and it sounds rather unpleasant.

"Eating pineapple can be delicious and refreshing, but it won't actually cause you to go into labor," Skiles said.

A 2016 study in the Journal of Ethnopharmacology suggested that pineapple extract applied to isolated uterine tissue encouraged contractions, but overall research is inconclusive.

What actually does work?

While many induction myths are dispellable, some methods do actually have some evidence to back them up.

While it's evident that inducing labor may not be as simple as consuming a certain food, there are some non-food ways you can help move your body toward labor. Oxytocin is a hormone that causes contractions, and Pitocin is the synthetic version of this hormone that is given to pregnant people to induce labor in the hospital. You can trigger the release of oxytocin in the privacy of your own home—or bed.

Skiles agreed sex has positive benefits in preparing the body for labor.

"Sex and orgasm may be helpful, as well, if you feel any interest," she confirmed. "Orgasms trigger small uterine contractions."

Some studies indicate that nipple stimulation can also trigger the release of oxytocin. In a small 2018 study published in the scientific journal PLOS ONE, 16 women between 38 and 40 weeks pregnant received breast stimulation for three days. The highest oxytocin levels among the participants were recorded on day three of the clinical trial.

"Use of a breast pump and nipple stimulation can trigger the release of oxytocin, as well," Trewella added.

It's usually safe to continue breastfeeding another child while pregnant. However, your doctor may advise you to abstain if you have a history of premature births or miscarriages, as the nipple stimulation may trigger contractions.

What about castor oil?

Consuming castor oil is a strange-sounding yet effective at-home labor induction method that actually has some science to support it. However, it's not something you should do without explicit doctor instruction. Getting the dose right is extremely important, as too much can be harmful to you and your baby.

"Castor oil at-home inductions do actually have an effect on labor by stimulating cramping," Skiles said. "Many people have tried this and begun labor that same day. However, this should only be done under the supervision and monitoring of a trained practitioner, such as a certified midwife. It's actually possible for the castor oil to cause the baby to have a bowel movement inside the womb, potentially leading to serious fetal distress."

The main point to note about at-home labor induction is that a medical professional's sign-off is important, no matter what method you choose.

"I do not recommend any pregnant individuals pursuing at-home methods for inducing labor without the guidance of their healthcare professional," Trewella stressed.

Sometimes, it's best to simply prepare your body for the birthing process instead of attempting to start labor early.

"Preparing your body for a smooth labor and delivery with exercise, nutrition and good posture is the most helpful thing you can do," Skiles said. "When your baby is ready to be born, the process tends to go so much better if you've set a healthy foundation for birth."

Even though it can be exhausting to wait, your baby usually lets your body know when the time is right.

"The last organs in the fetus to mature are the lungs," Trewella said. "Upon full maturation, [the] fetus sends a signal to the brain to produce oxytocin, which in turn produces contractions, which leads to changes in the cervix." 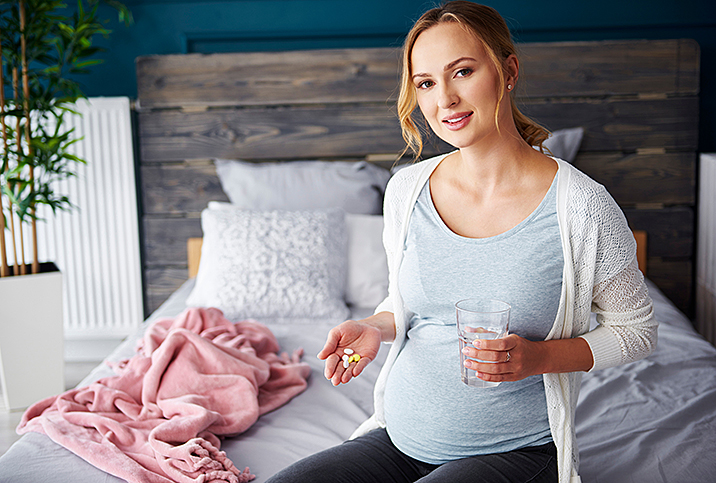 Prenatal Supplements Are Not One-Size-Fits-All Pregnancy and Sex: Answers to Your Pressing Questions