A Hairy History of Pubic Wigs
How the merkin has evolved: From medieval sex workers to modern-day movie stars. 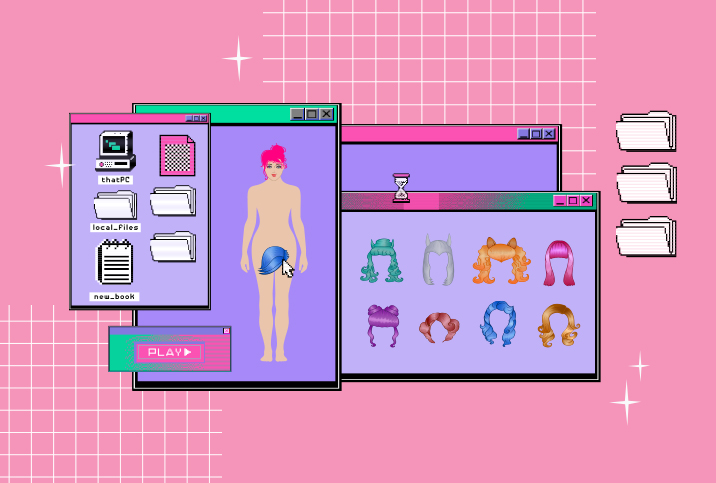 Despite getting a fair amount of press, the merkin—or pubic wig—actress Kate Winslet donned for her Oscar-winning performance in "The Reader" is hard to spot. Nine minutes and 37 seconds into the film, you catch the briefest glimpse of it: a crop of dark hair peeking out from under her dress as she's putting on stockings.

Winslet's merkin is but one of many famous Hollywood vulva wigs, which have been spotted cloaking the pubic regions of the likes of Heidi Klum in "Blow Dry," Amy Landecker in "A Serious Man" and Evan Rachel Wood in the HBO miniseries "Mildred Pierce."

"With so many period dramas requiring a period-correct aesthetic during nude scenes, [merkins] are so common nowadays," said Crystal Faith Stuart-Fawkes, a hairpiece designer for theater and movies in the United Kingdom. For actors who've had laser hair removal, "there is no other option than to stick a merkin on," Stuart-Fawkes said.

But the pubic toupee is hardly an invention of the laser hair removal era. The merkins of Winslet, Klum, Landecker and Wood are but the latest iterations in a rich, bushy history dating back hundreds of years.

An oft-cited entry in "The Oxford Companion to the Body" dates the origins of the merkin to the mid-1400s. Linguists speculate it was derived from the word "malkin," a type of mop or bundle of rags used for cleaning.

According to some historians, the merkin was first worn by 15th-century women who shaved their pubic hair to get rid of crabs, or pubic lice, and then covered the newly shaved nether region with a miniature faux 'fro. Sex workers might have also donned fake pubes to conceal syphilitic pustules and gonorrhoeal warts—or simply because a well-thatched vulva was en vogue.

The merkin's rise apparently inspired 17th-century poet John Wilmot, Earl of Rochester, who penned, "My prick no more to bald c--ts shall resort; merkins rub off and often spoil the sport."

During the 1700s, merkins were sometimes decorated with ribbon, cloth flowers and other ornate details.

The merkin's theater and film origins

In the medieval and Renaissance eras, men also wore merkins when playing women on stage. Since ladies weren't permitted to act professionally, male actors who played female characters in theater productions covered their crotches with groin tresses made from natural fibers, animal fur or human hair.

The merkin fell out of favor in the following few centuries, thanks to advancements such as women being allowed on stage starting in the late 1600s, and the discovery of antibiotics in the 1920s.

But when the ban on nudity in movies was lifted in the late 1960s, the plucky pubic hairpiece made a triumphant return. The cooch wig comeback was spurred in 1968 when the Motion Picture Association of America film rating system replaced the draconian Motion Picture Production Code, permitting full-frontal female nudity but generally demanding that only pubic hair—and not the vulva—be visible for the film to achieve a coveted R rating. 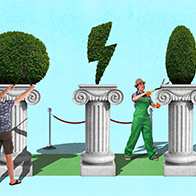 Bush, Brazilian or Somewhere In Between: A Timeline of Pubic Hair Trends

Some Like It Hairy: A History of Pubic Grooming

For contemporary actors who don't grow or are unable to grow their own pubic hair after years of laser and waxing treatments, the merkin provides a way to go nude while still abiding by these tricky standards. Donning one also allows performers to achieve the dense undergrowth often demanded by period pieces or simply to feel more at ease about being naked on camera or stage.

But it's not just performers who wear merkins, according to Stuart-Fawkes, who noted customers of many different backgrounds and professions find their way to her merkin store for diverse reasons. In addition to film, theater and photography clients, Stuart-Fawkes said she encounters plenty of "regular people" seeking merkins, too.

"I've had couples contact me after their wives have had their pubic area lasered and can't grow hair anymore; we all know [pubic grooming] styles and preferences are changing all the time," she said, adding that some clients visit her shop looking for merkins for their synthetic sex dolls.

Purchasing and caring for a merkin

If you're in the market for a merkin, Stuart-Fawkes recommended hand-knotted, custom-made pieces. "Anything machine-made is not going to look very natural," she explained.

"I create the hairpiece by knotting single hairs into a fine lace base," she said, describing her own process for making a vulva wig. "I knot in a specific pattern to create the direction of hair growth to make it look as natural as possible.

"I like to use human head hair in a blend of different tones," she added.

As far as caring for and maintaining the style of a merkin, Stuart-Fawkes emphasized the importance of careful storage.

"I sometimes restyle pieces for clients who are not into the fiddly process of taking care of their hairpiece," she explained.

To avoid having to send it back for restyling, she recommended storing your genital whiskers on a wig head or stand. You can also store your furry friend in a shoebox lined with tissue paper.

Stuart-Fawkes advised against wearing the pubic postiche under tight clothing, because this can damage the lace and mat the hair.

As Stuart-Fawkes pointed out, merkins are increasingly cropping up in mainstream media. Remember when Lady Gaga rocked fake turquoise pubes with matching armpit hair at the 2011 MuchMusic awards? Or when a New York City American Apparel store stopped pedestrians in their tracks when it dressed its window mannequins in lingerie and thigh-to-thigh pubic wigs? However you choose to wear your merkin, you're in good company. 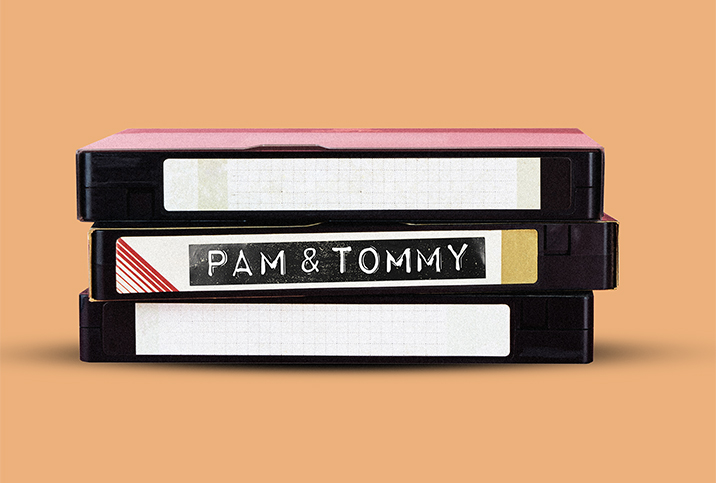 'Pam & Tommy': The Celebrity Sex Tape That Changed Everything 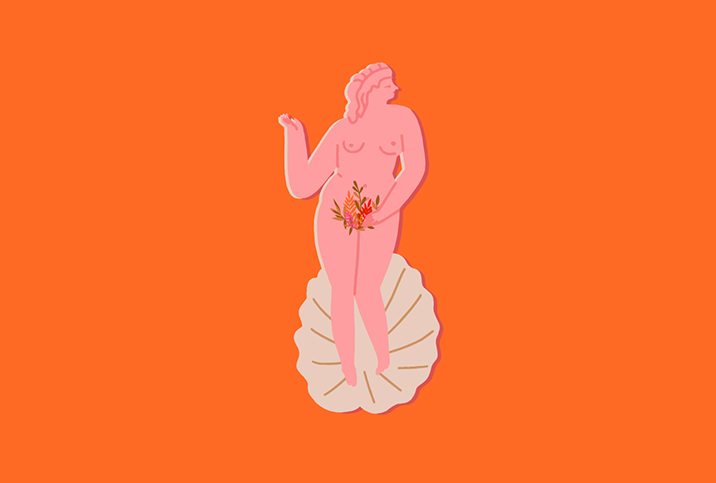 Doctors Weigh In on the Health Benefits of Pubic Hair 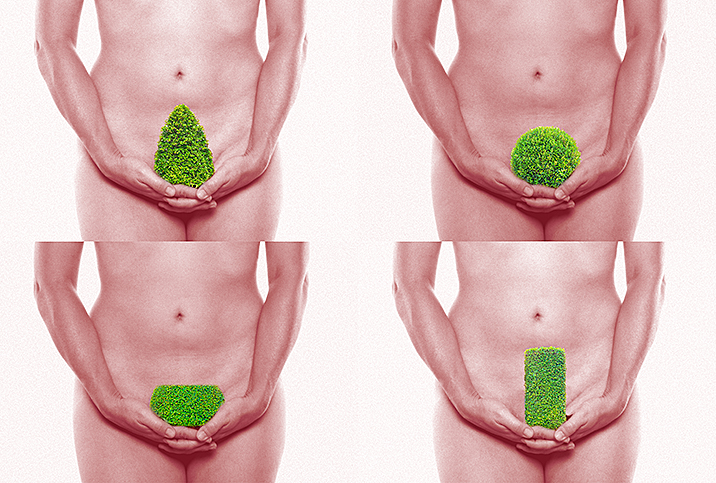 4 Popular Ways for Women to Groom and Style Pubic Hair