Everything You Need to Know About Footjobs Skip to main content

Everything You Need to Know About Footjobs

Learn how to put your best foot forward—each and every time.

When it comes to sexual curiosities, being into feet is pretty common, with those who enjoy exploring feet describing it as a multisensory experience: You can sniff, stroke, suck on or bite them. And, if you're looking to do all of that and more, you might be into footjobs, too.

Footjobs are more or less like handjobs, except you're using feet to play with someone's genitals—"traditionally penises," added Marla Renee Stewart, M.A., a sexpert for the sexual wellness brand Lovers. Using the soles, toes, heels, arches and more, you can grip or surround a partner's penis and rub it up and down, massaging around the shaft and head until your partner orgasms.

Jane*, 33, a lawyer from New Zealand, had a similar experience both times she gave footjobs, in that neither resulted in an orgasm. Although she isn't into feet personally, and regards herself as "right in the middle of the road" when it comes to them, she was open to giving foot play a try.

If you're someone with a foot fetish—or have a partner who enjoys receiving footjobs—it could be worth trying as a way to take your connection to the next level.

Jane's next attempt was while she and her current partner were still "in that exploratory kind of phase" early in their relationship and it just happened in the moment. "He was sucking my toes and I just sort of tried putting my feet on his dick," she said.

But the experience was brief, and they ended up moving on to other things. "It felt light, silly, playful, a little bit ridiculous," she added, but she was "encouraged" by how much her first partner enjoyed it. And while she and her current partner haven't enjoyed any foot-related experiments since, she hasn't ruled it out, either—and she'd recommend it to anyone who's interested in feet or has a partner who is into them.

At the time, she recalled thinking it was "so generous of that gentleman" to offer his services. It wasn't until a friend later explained to her that this person would enjoy the experience as much as she did that she began to realize she was stepping—both literally and figuratively—into a whole new realm.

According to Stewart, using your foot or toes to massage a partner along the clitoris can be one way to arouse them, as could potentially inserting toes—specifically, the big toe—into the vagina. Before you get started, you might want to wash your feet first, to avoid introducing dirt or potentially harmful bacteria into your partner's private areas. 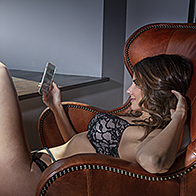 6 Ways to Discover Your Kink 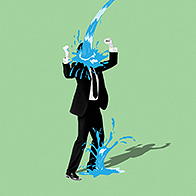 If you lube up after washing, which is what Stewart recommends for all types of footjobs, consider going with a silicone-based option, as this type of lube has a higher viscosity (meaning it stays slippery longer) than water-based versions and won't require as much reapplication.

Over the course of the next two hours, Layla did as commanded: She sat on "this beautiful couch" watching the movie—which she doesn't remember at all, she revealed with a laugh—as the woman played with, caressed and nibbled at her feet. "There [was] no expectation that it would get me off sexually, so it was just really low pressure," she noted. As it went on, it felt more like pleasure just for the sake of feeling good, which is something Layla relished.

"At one point, I remember she was biting my heel with her teeth, and it was a sensation that I had never experienced before," Layla said. "There was no foot rub that I had ever had that could mimic that sensation, and I've never had it since. [It felt] like the most relaxing, connected type of experience."

As with anything sexual, there are pros and cons to exploring foot jobs, but if you're someone with a foot fetish—or have a partner who enjoys receiving footjobs—it could be worth trying as a way to take your connection to the next level.

Unsure where to start? You can get the conversation going by telling your partner how much feet turn you on in a nonsexual situation. If you have a yes/no/maybe list already put together—which is a checklist of things you're into or not into in the bedroom—you can talk about adding footjobs or other types of foot play (like foot worship) into your repertoire, and gauge your partner's comfort level that way.

Communication is always key, and who knows? You might be helping your partner take a load off and relax in more ways than one.

Vaginal Health
How Long Do I Have to Wait for Sex After a Yeast Infection?
By Kitti Palmai