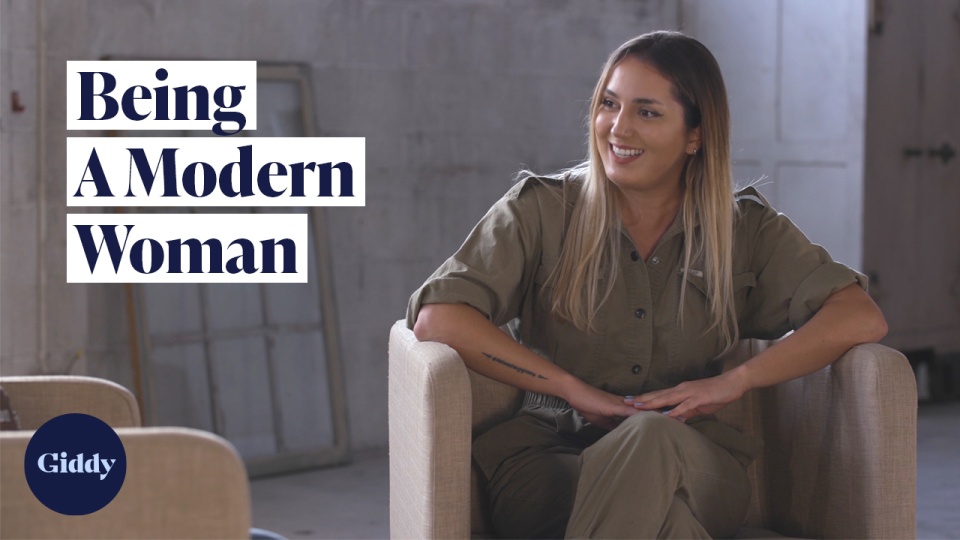 6:51
Take It From Me
'She Wants To Travel and See the World': Being a Modern Woman 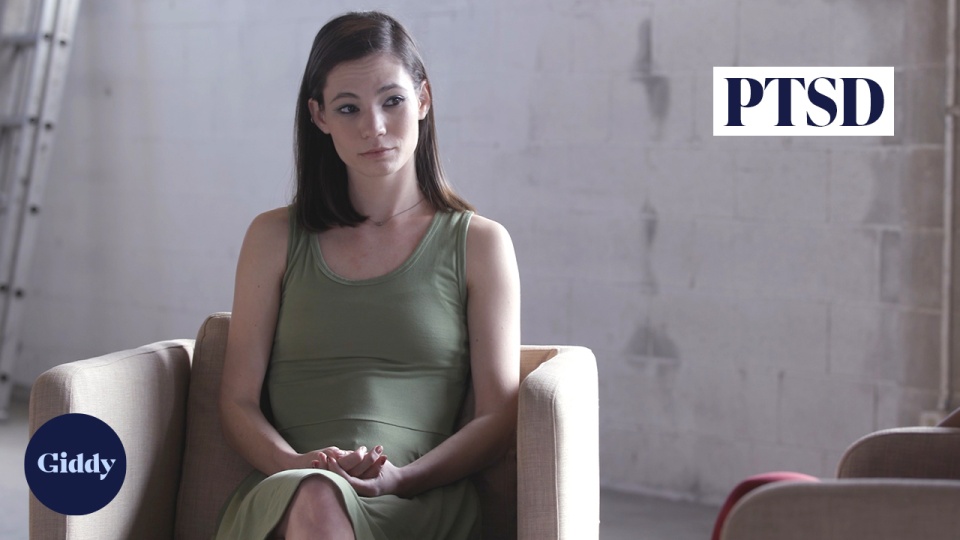 7:53
Take It From Me
'Don’t Let These Things Haunt You Forever': Coping with PTSD 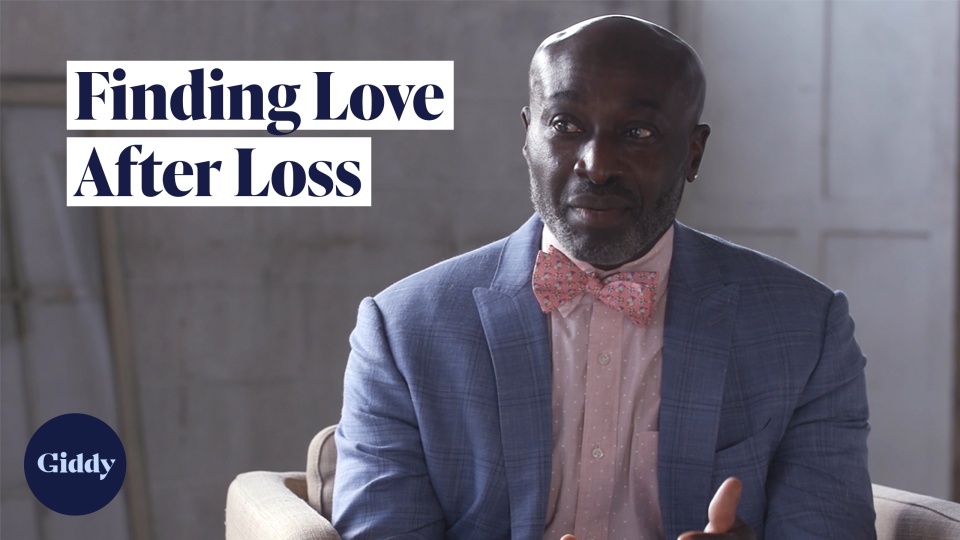 9:07
Take It From Me
'I Haven't Forgotten My Wife': Finding Love After Loss 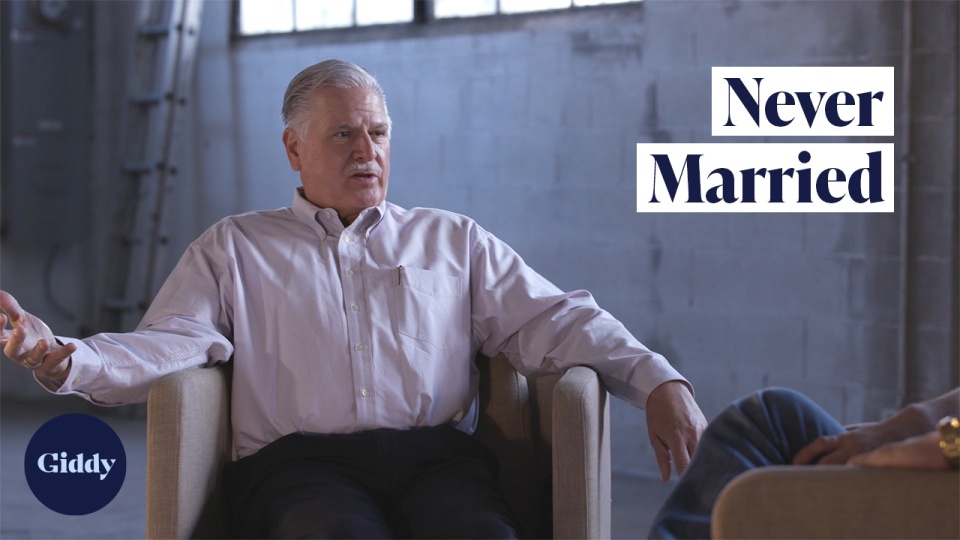 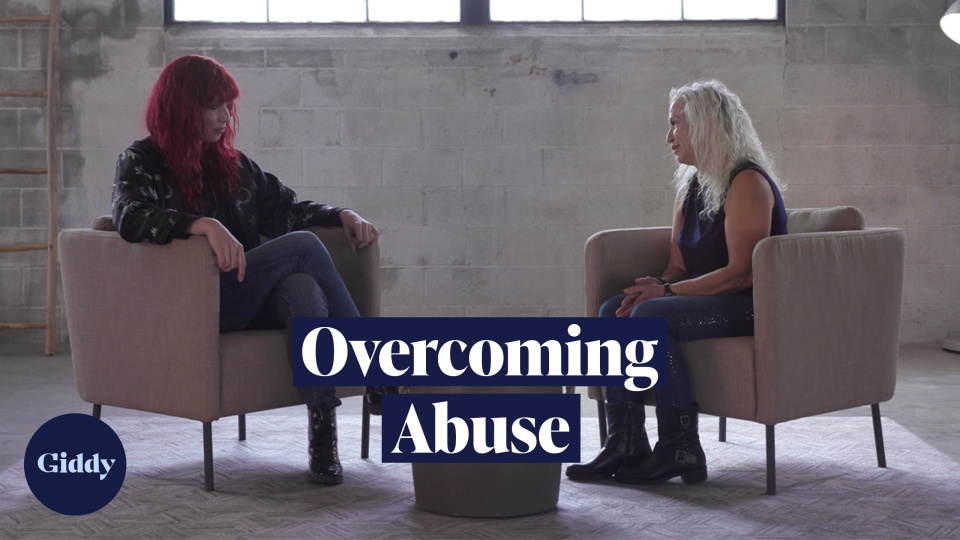 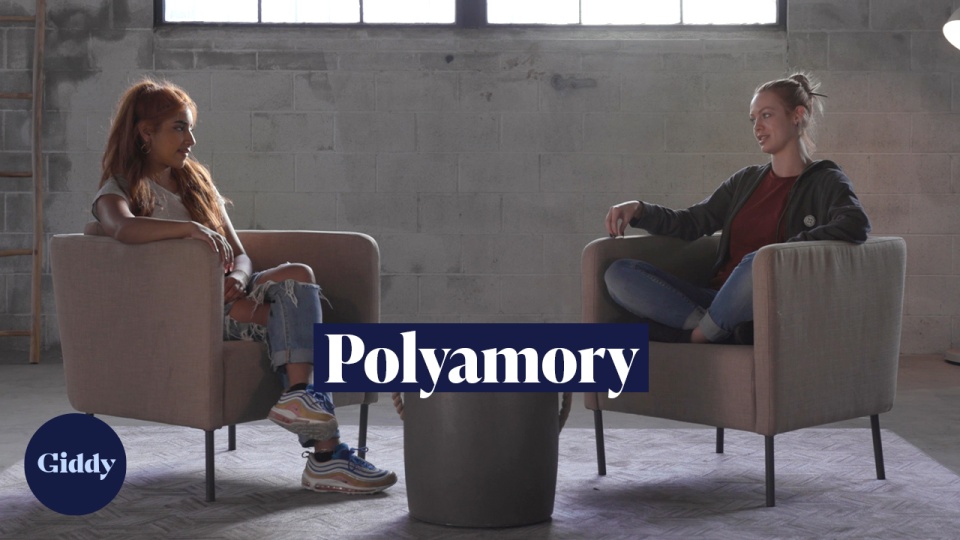 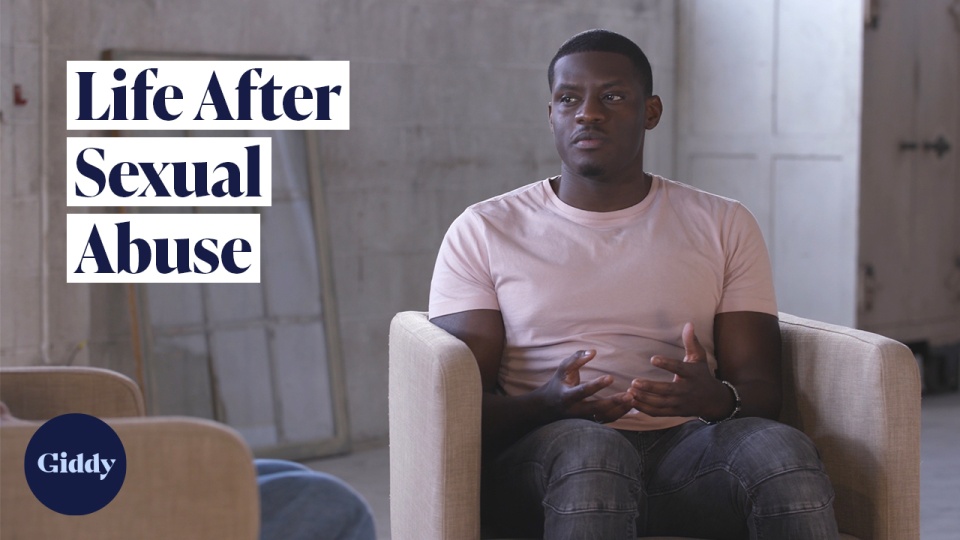 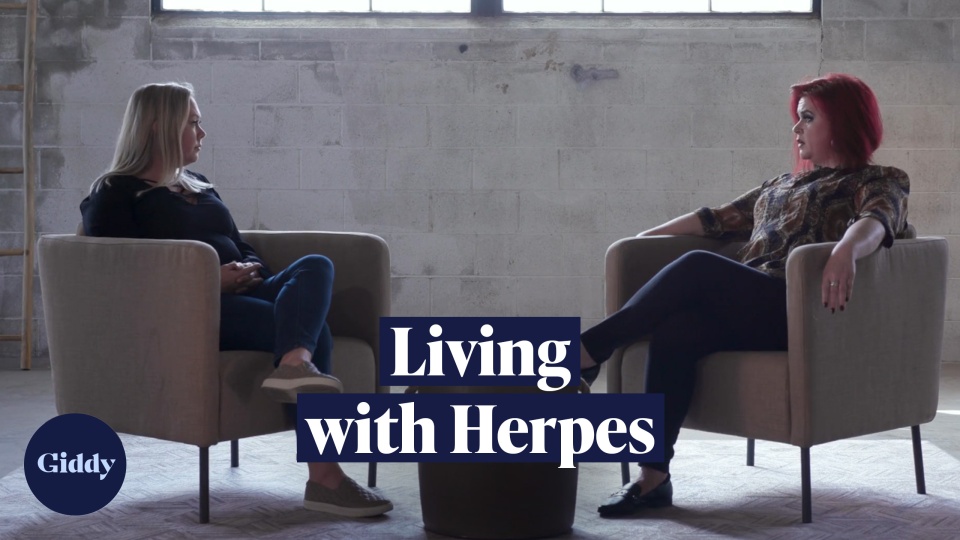 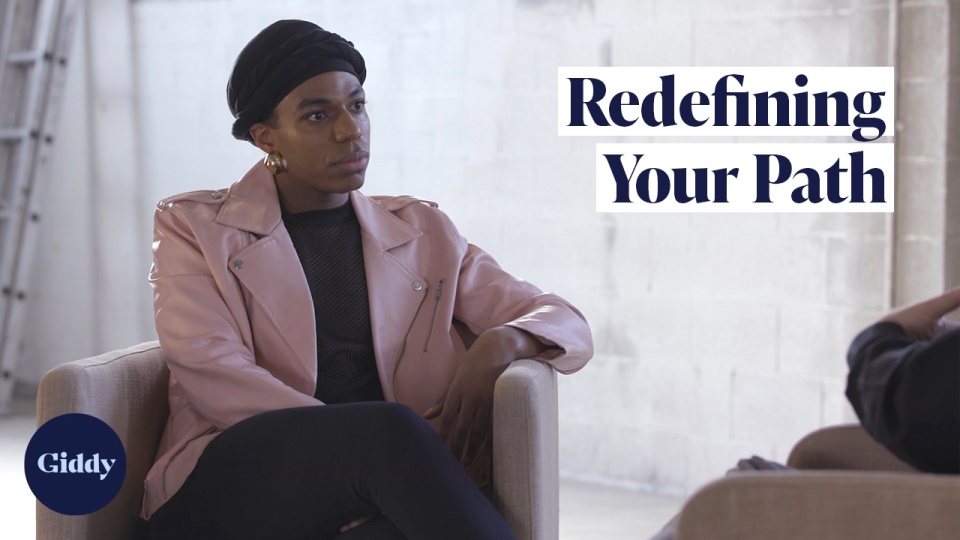 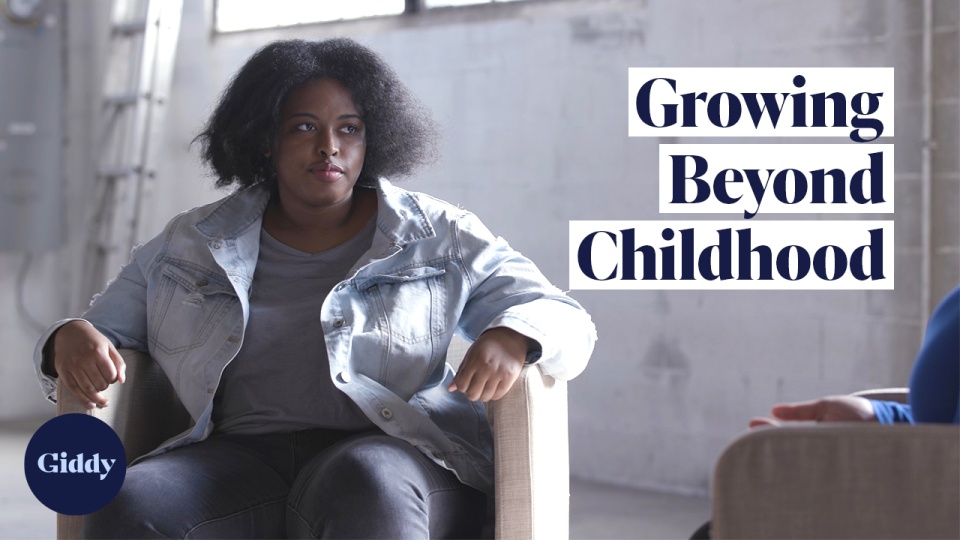 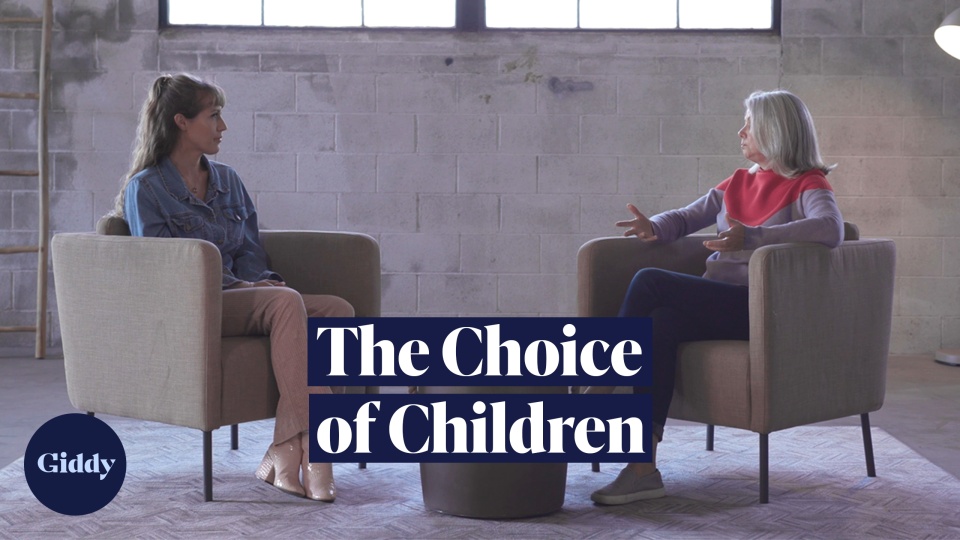 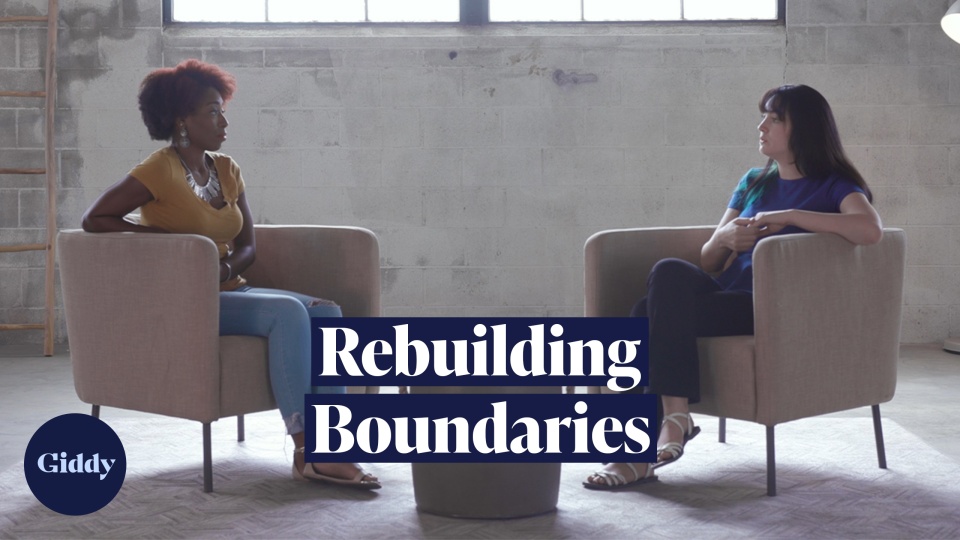 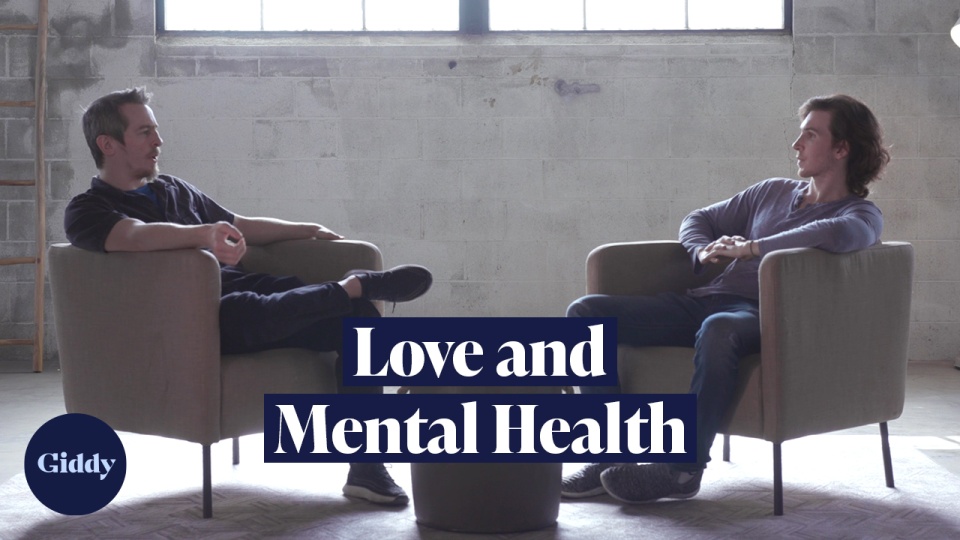 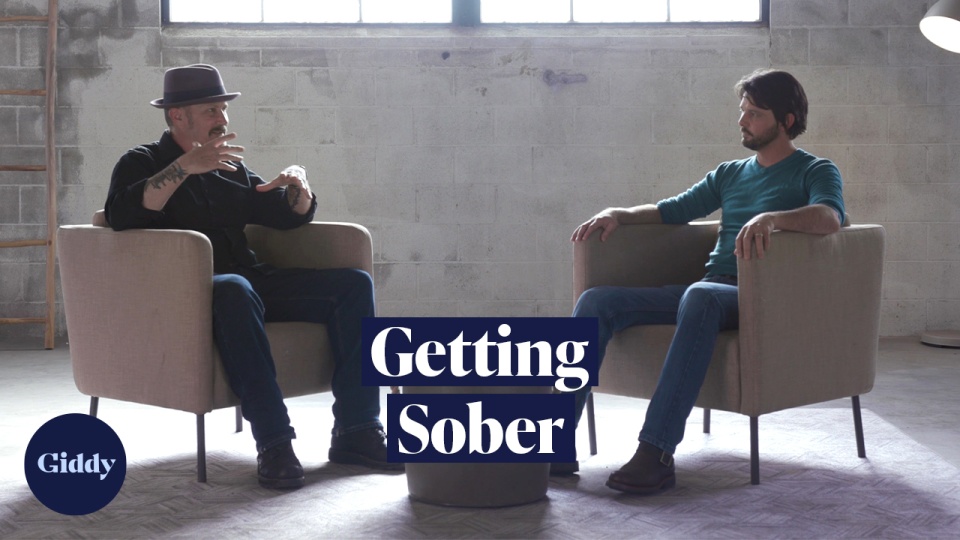 'She Wants To Travel and See the World': Being a Modern Woman

Two strangers, Tanya and Rebecca, discuss what it means to be a modern woman.

A Conversation with Tanya and Rebecca

In this episode, Tanya talks to Rebecca about what it means to be a modern woman. Tanya grew up in the Midwest and wanted to travel and live a life different from her family—she didn't desire marriage, having children or living behind a white picket fence by the age of 30. So, with the support of her parents, she moved to New York City to begin a life of her own.

Rebecca's father grew up in a small village in Spain where preparing for marriage was common at a younger age. However, growing up in London, Rebecca knew there were more options for her besides a traditional lifestyle many of her older family members—especially the women— followed. Similar to Tanya, Rebecca decided to go down a career-focused path rather than making marriage and children a priority.

A huge obstacle Rebecca and Tanya are constantly dealing with is the double standard surrounding their sexuality and self-sufficiency. For generations, society has looked down on women for being sexually empowered and career-driven—however, both women refuse to let the stigma keep them from pursuing non-traditional roles.

Growing up in the Midwest? Well, for me, it was life, just normal life. It was when I moved away, when I moved to New York City that I realized just how different the Midwest was in terms of just ideology, how people did things, being in a relationship, being married, I mean, just building a family. That's really something that you do. By the time you're 30, you should have some kids—at least one, if not a couple.

And moving to New York City was very different. Most of the people that I knew and was around, you wouldn't even see kids and nobody was expected to have any kids because we were all hustling and doing our thing as artists. But definitely in St. Louis, family and that Midwest lifestyle of working every day 9 to 5, you take one vacation a year, the kids go to summer camp—everything revolves around, honestly, having a family. From football games and school events, it's really about the kids once you hit a certain age. And it's almost like, well, what do the adults do? It's like you get lost. You're so focused on family. I have friends who are mothers and they're just like, every time they want something for themselves, they feel guilty.

Yeah, that's interesting because I grew up in London, but my dad is from Spain. And he's from quite a small village in Spain, so all of my family that I knew from there, they were very much like, "Oh, you're getting big, where's your boyfriend?" So, me and all my Cousins, "Oh, OK, you're 12 now, like you must be…"

Yeah. From when we were young, they were like, "Oh, OK, when are you going to get married?" But that was there, but in London it's not like that.

Yeah, I think the social norms were huge for them to follow this kind of path to be this traditional wife, or be this traditional husband, and have this family, this white picket fence, that kind of thing. And I think today it's fine that you're not that because it's really interesting how we take other people's ideals and internalize them as if we should live that way.

Yeah, I think that must be more of a generational thing to have that ideal of what it should be like. But then within each family there's these things that go on that people don't really—well, for example, in my family, some people, they didn't really like talking about the fact that one of my oldest cousins had a kid and wasn't married—that was a bad thing, they did want to mention that. But, yeah, I think that probably the older generation want to live up to this ideal that just doesn't really exist anymore. My mum said, before I came here actually, my mom was encouraging me to come because she went traveling when she was younger, that's how she met my dad.

Well, see, that's how it works.

But even though my dad comes from a very traditional village background, my mum was the explorer. So she was telling me, "Yes, go, go, go." My grandma, my Spanish grandma, she had nine children, so she was like pushing out babies pretty much her whole adult life. So there wasn't any room for her to think, oh, what should I be doing with my career. So, yeah, that's just really what emphasized it for me, seeing her life and how she lived it compared to what we can do now with ours.

Yeah, my grandmothers, one had eight and one had six.And it's funny because all of their kids, for the most part, didn't have more than two or three kids. They just were like, "No, we're not going to have big families because that's a huge commitment." It's definitely interesting the generational thing, and just even having the choice to travel. My mother wanted to live in a different city, but my grandmother wouldn't let her. And she wasn't able to move. As soon as I got of age. I was, like, "I'm out." I went to college, and I left, and decided to go to New York, and I was—my mother and father were scared, but at the same time they knew she wants to travel, and see the world, and I was able to do that.

Women aren't the only ones who have these societal parameters and constrictions. Because men have been taught they should provide and I think that if they don't have that role, it's like, whoa, where do I fit in this? For me personally it has definitely been an issue being so independent and so self-sufficient. If you're threatened by the fact that I'm successful—

—you ain't the dude for me. Working on yourself is the biggest thing that you can do. If you are solid in who you are, you're going to find or attract the person who appreciates that.

I am guilty of—me and my friends, I see my friends do it as well—if we meet a guy and they tend to be a bit more—you can tell what they're thinking, we dumb ourselves down a lot. Looking at a lot of my friends that have become very successful, and have always been single, and are getting older, it seems like it's harder to attract a man the more successful you become as a woman.

My oldest brother is 10 years older than me. And when he was at school, his friends would call girls out if they were sleeping around. But I feel like when I was at school, boys didn't really do that. That had become an old-fashioned thing by the time I got to school. And I say this to my mom all the time. And she's like, no, I don't think you're right, they probably just say it behind your back. And I'm like, no, I really don't—

—I really don't think so, it's more like an accepted thing that girls and women can do what they want.

For myself just personally, growing up there was definitely a double standard in the way boys could behave sexually and the way girls could behave. If you were an openly sexual girl who slept with multiple people, you were definitely slut shamed for that. I never had that issue, I wasn't that kind of girl who wanted to sleep with a bunch of people. But as I got older and not having children or not, a guy not being the center of my world did cause some issues, particularly recently in terms of getting married. I have had some issues with men I've dated who feel, and they always say, I act like a guy.

So they feel emasculated.

Well, it's funny because they're masculine guys, but they feel like—it's almost like "If a woman doesn't want to marry me, then what space do I have in her life? What, am I even needed?" 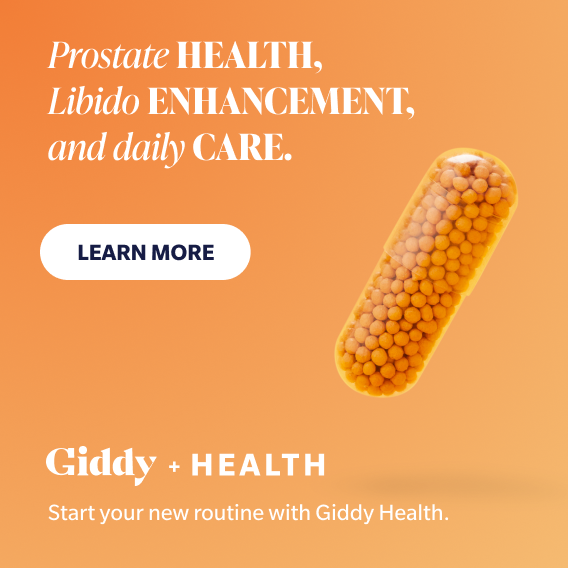 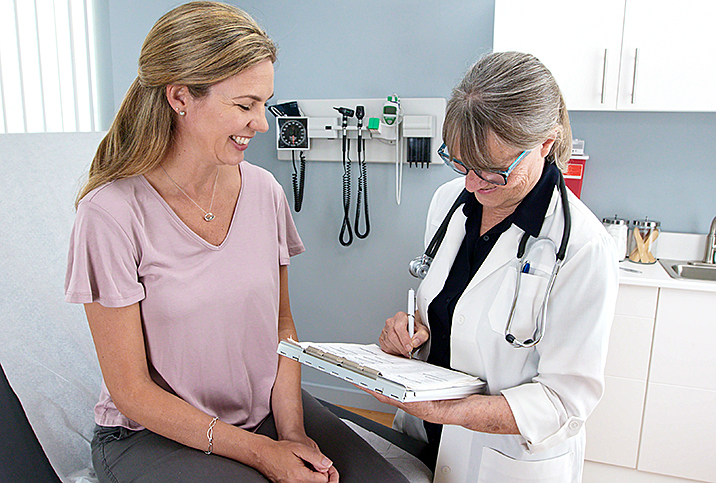 Reproductive Health
Why Finding a Sex-Positive OB-GYN Can Make All the Difference
A supportive doctor can mean better communication and better overall health outcomes. 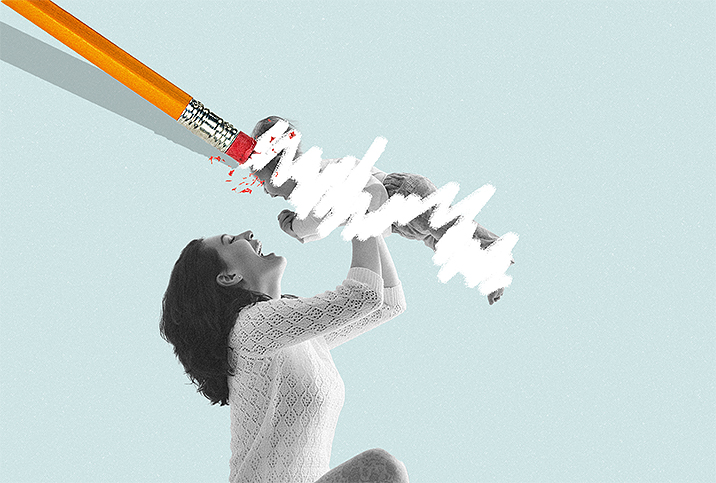 Pregnancy And Postpartum Life
Millennials Are Postponing Motherhood
With more and more women delaying pregnancy, the American birth rate is at an all-time low. 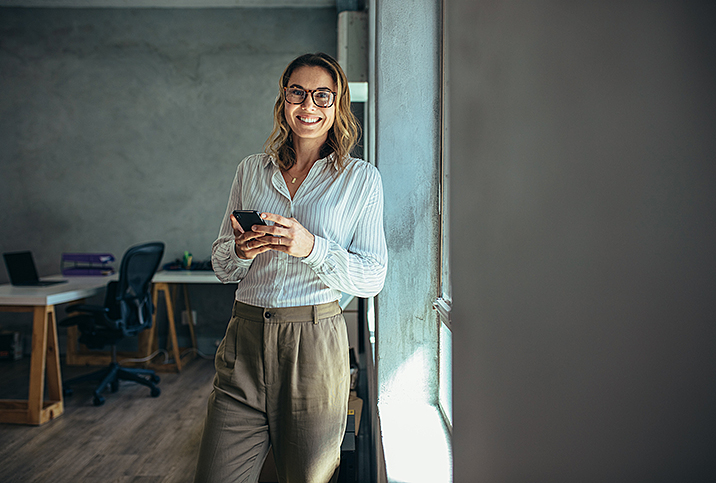 Identity And Sexuality
Why Are Men So Afraid of Strong Women?
A look at the internet trolls who come after women speaking on feminism and misogyny. 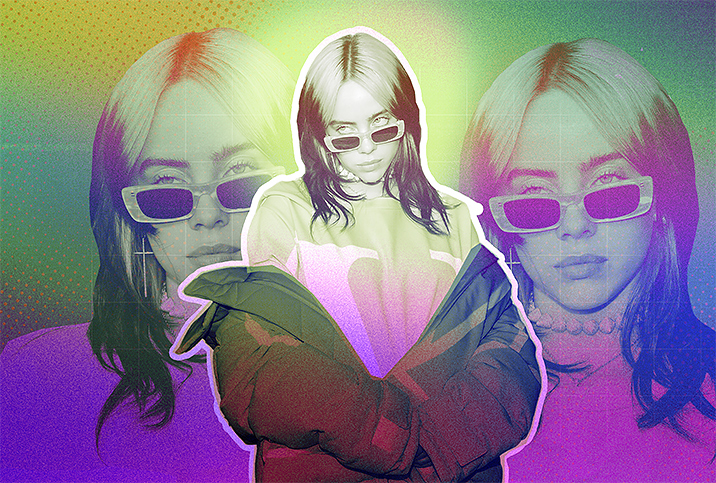 Culture
We Sexually Exploited Millennial Teen Pop Princesses—The New Ones Are Over It
Billie Eilish and her generation learned an important lesson from Britney Spears. 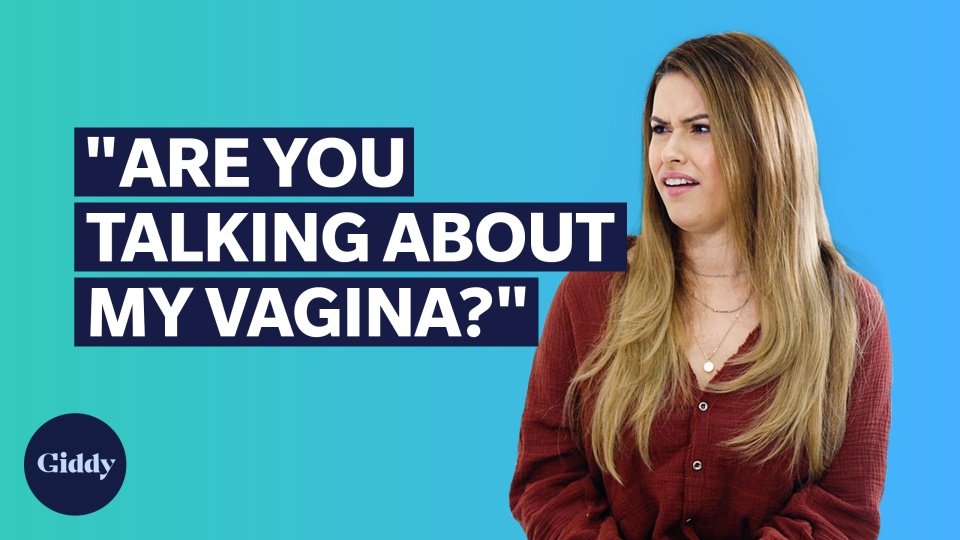 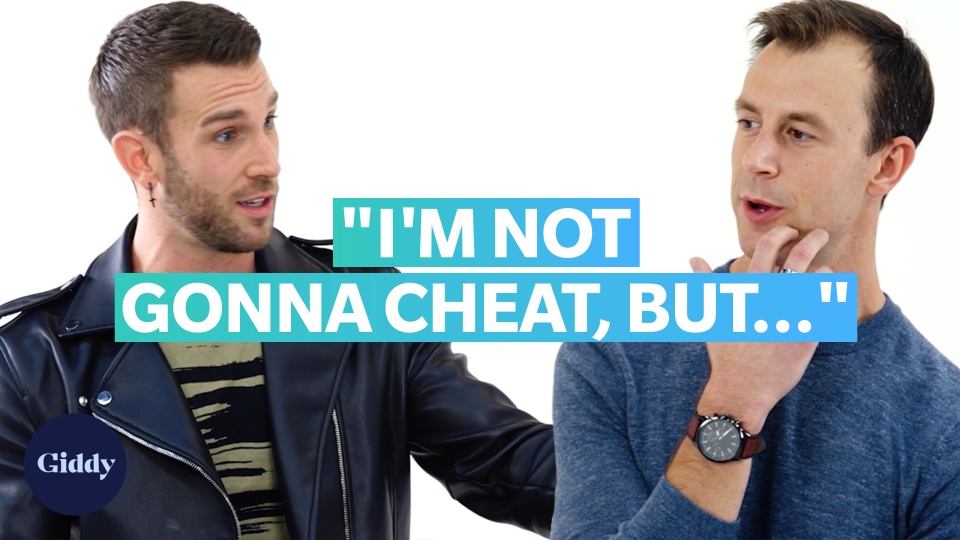 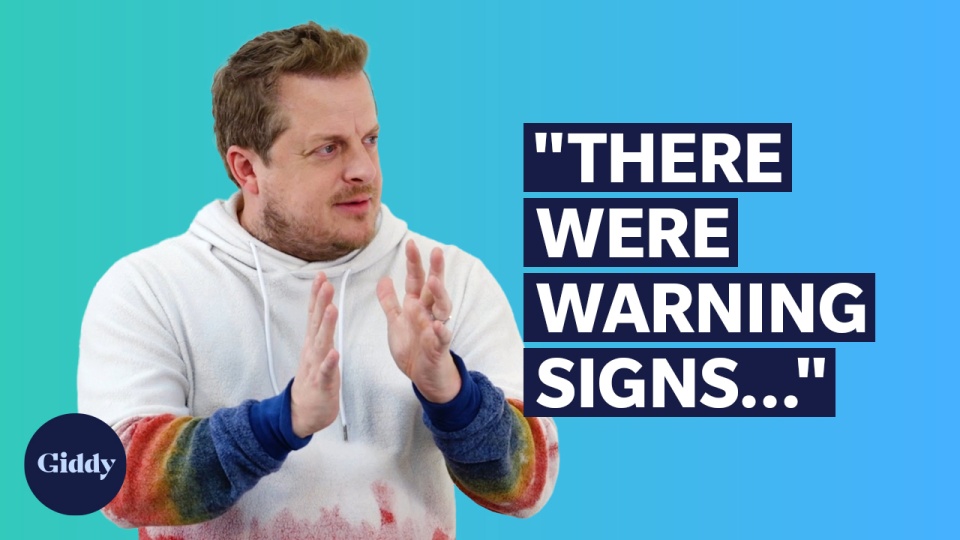 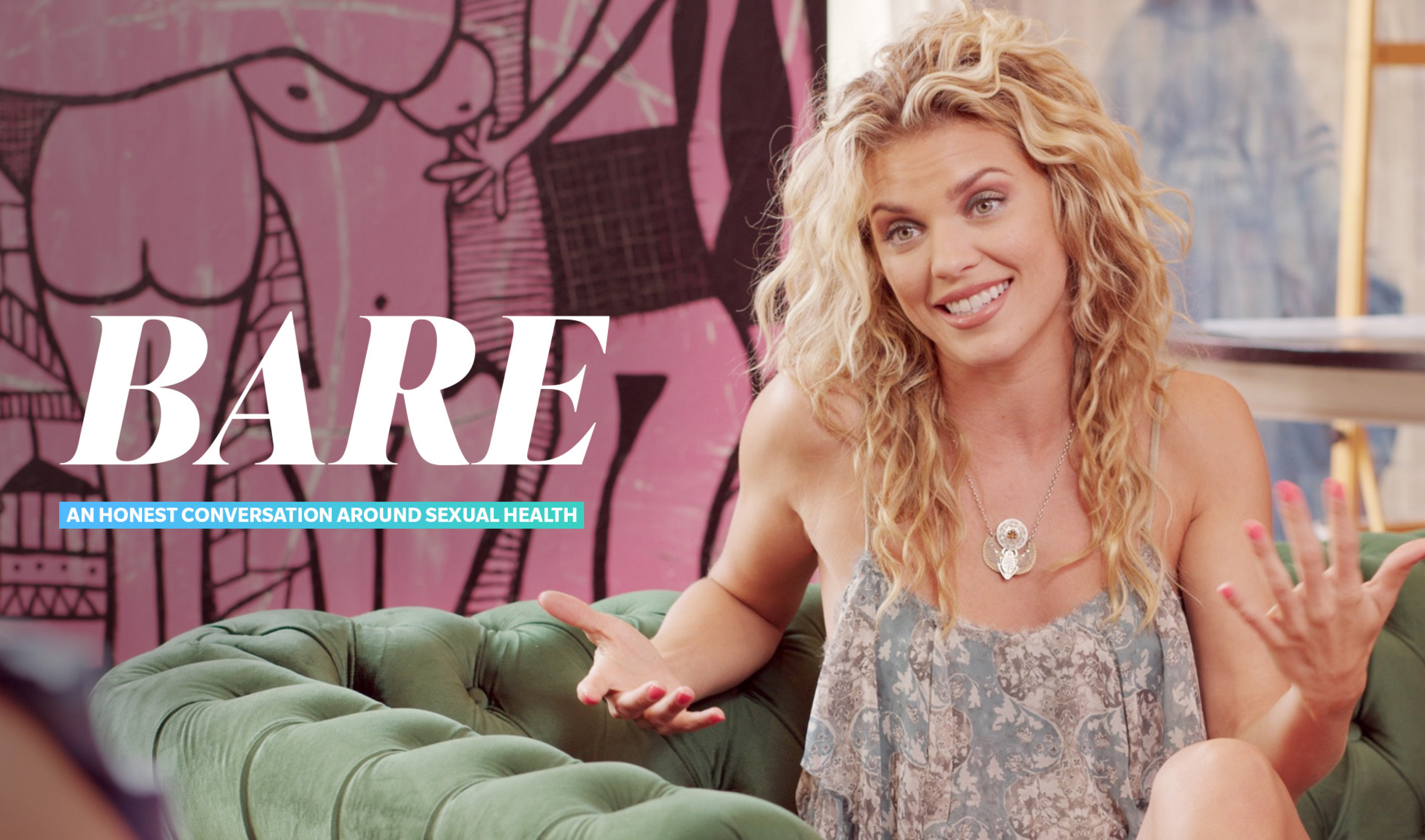 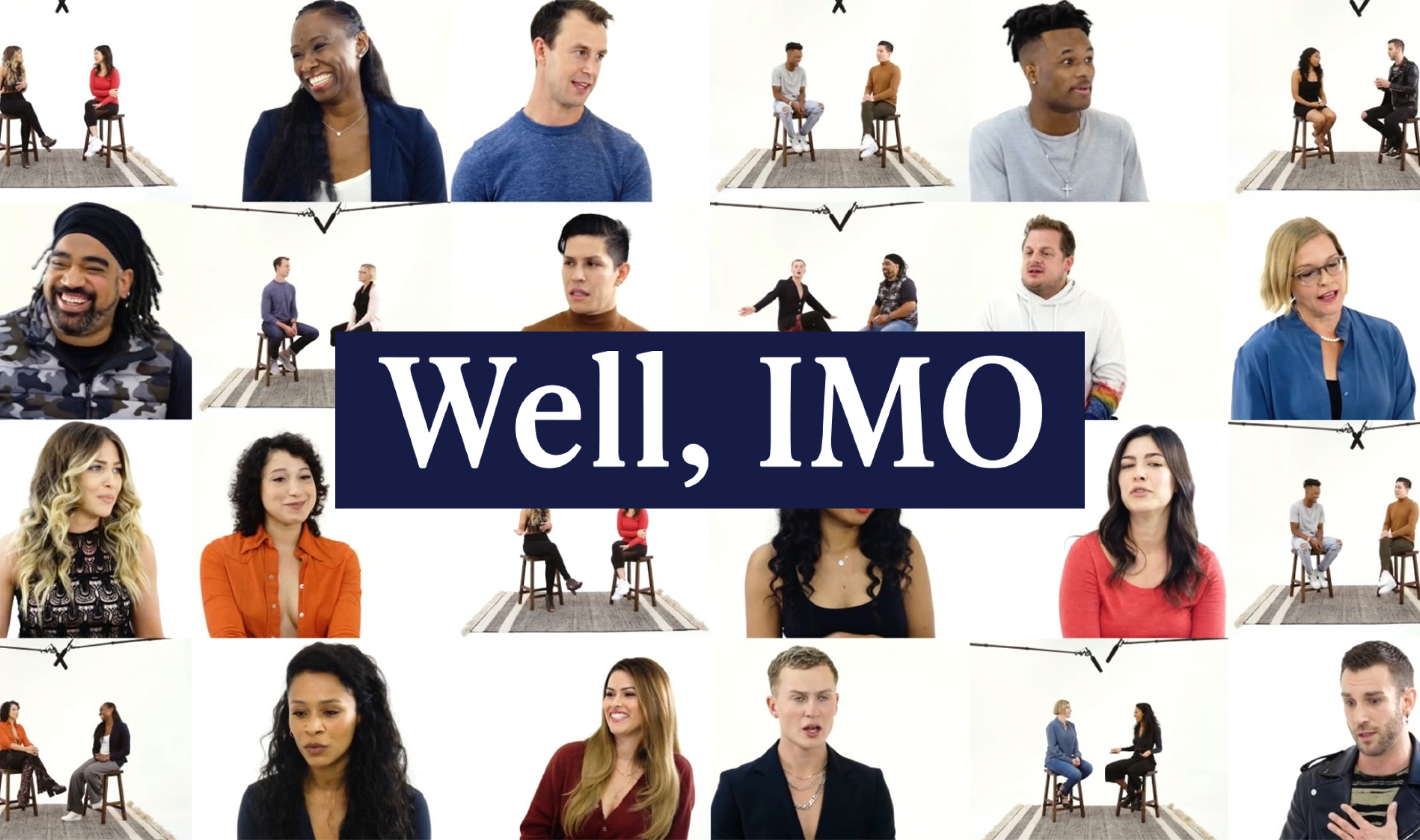 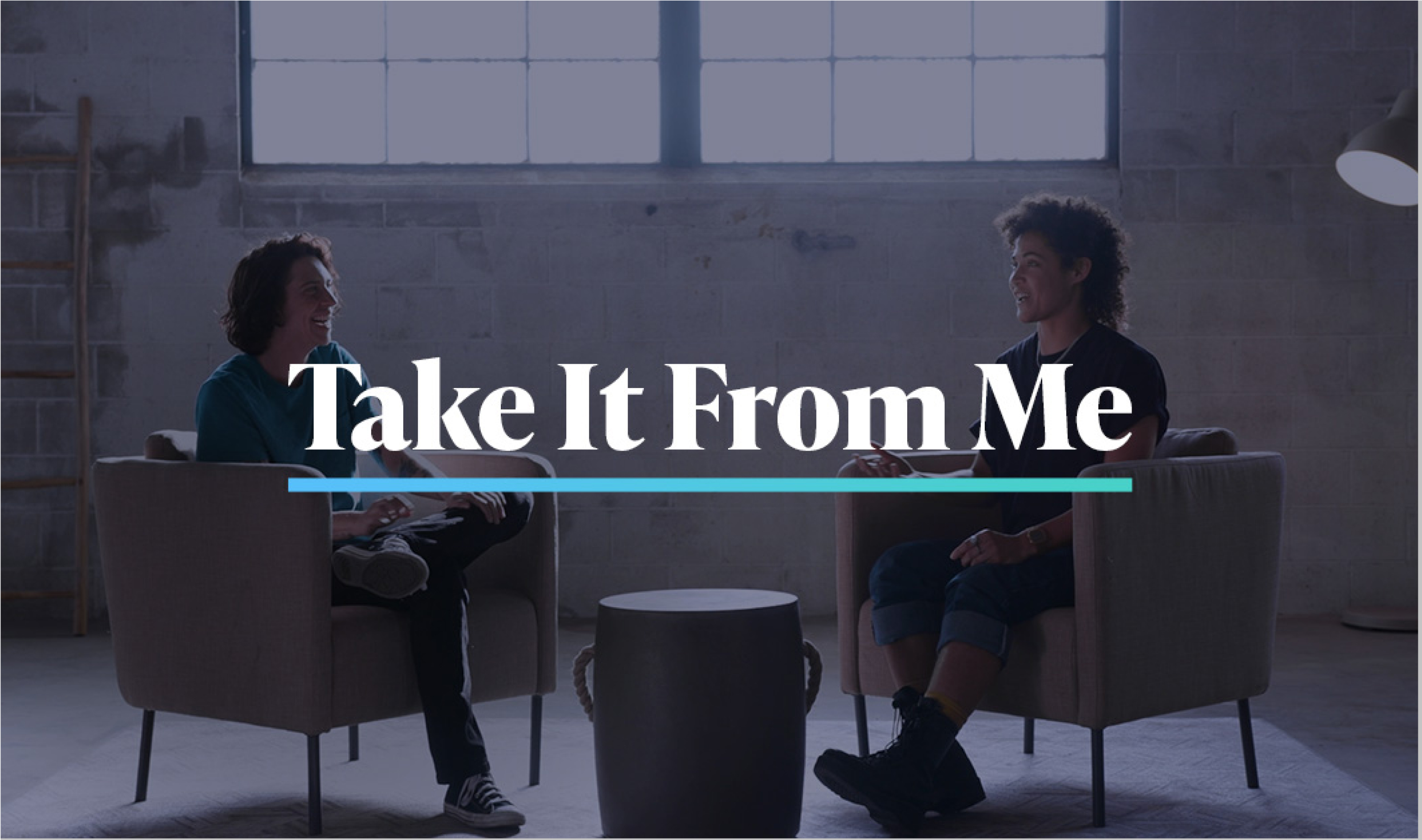 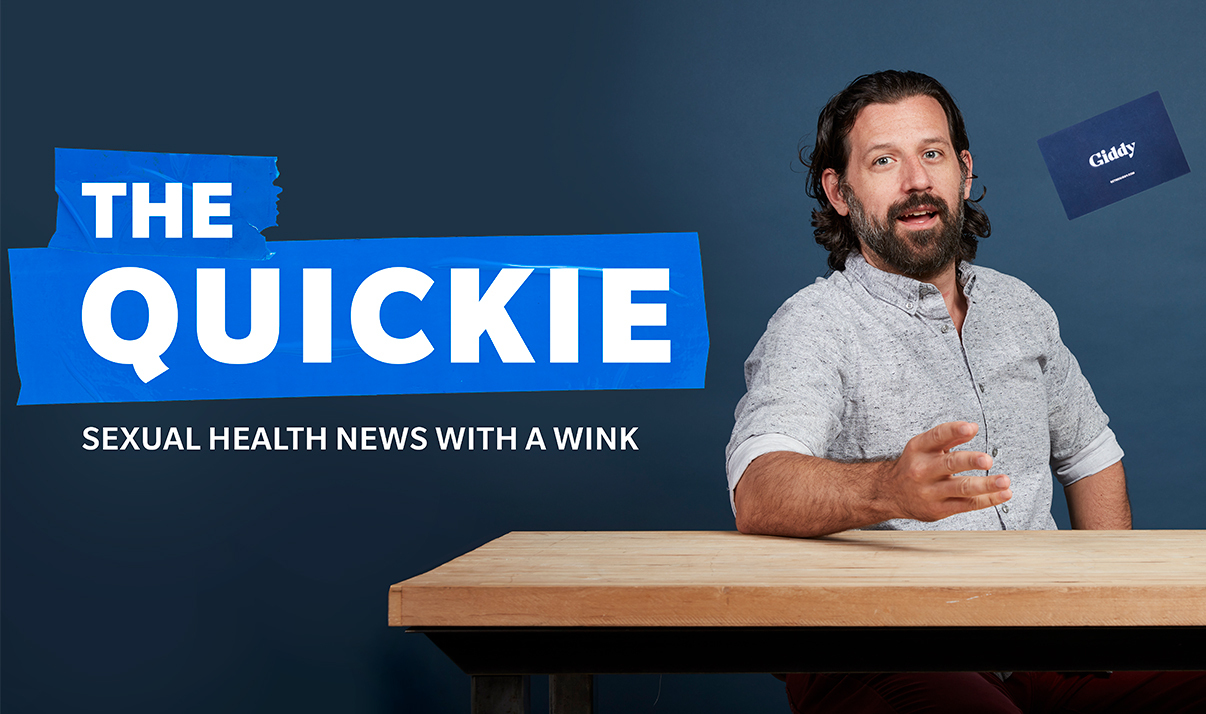