We Need to Talk About Male Breast Cancer
The disease affects 2,650 men each year, but 'macho behavior' keeps many from seeking help. 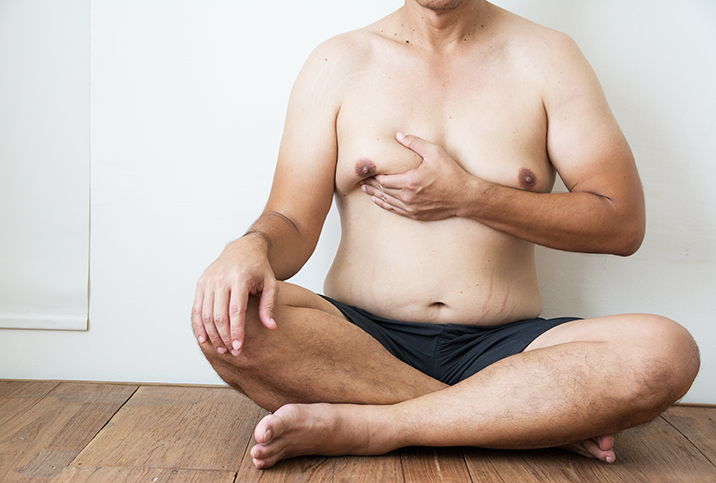 ​​Ronnie Pace had no idea men could even get breast cancer until he was diagnosed with the disease in April 2013. The reality that he might find a lump, he admitted, wasn't on his radar when he made an appointment to see his doctor about a chronic dry cough.

Pace, 73, a mediator and arbitrator living in Kerrville, Texas, underwent tests, including a chest CT scan, and was diagnosed with acid reflux. Pace's doctor prescribed a course of medication and asked him to return two weeks later. Since the cough disappeared during that span, Pace was shocked when at his next appointment, his doctor informed him the CT scan had discovered a small tumor in his right breast that could be malignant.

What are the signs?

Although breast cancer in men is rare, research from the Centers for Disease Control and Prevention (CDC) estimates that 1 out of every 100 breast cancers diagnosed in the United States is found in a man. Although Pace had no symptoms of breast cancer, Dr. Claudia Cotes, a lead radiologist at the Rose Center for Breast Health Excellence in Houston, said sometimes men experience a lump in the breast, the nipple turning inward, nipple discharge, swollen lymph nodes or a red and swollen nipple that signal concern.

Unlike women, who are advised to get a breast mammogram at age 50 or older (or between 40 and 45 if requested), there is no regular screening procedure requested for men.

"A man who has a high risk of breast cancer due to personal or family history, ethnicity or a genetic mutation should create a plan with their doctor," Cotes said. "Men also need to be aware of how their breasts look and feel, and if they notice something unusual, they should get an appointment for a medical examination by a doctor."

In addition to looking for possible signs of breast cancer, such as redness, scaling or itching around the nipple, skin dimpling or puckering, a mass located under the nipple, nipple discharge and inverted or retraction of nipple, the nonprofit HIS Breast Cancer Awareness recommends that men conduct regular breast self-checks.

Pace's tumor was biopsied and found to be malignant. Two weeks later, he was undergoing surgery to have his right breast removed at MD Anderson Cancer Center in Houston.

After having a mastectomy, Pace was prescribed tamoxifen, a hormone therapy that blocks the effects of estrogen in breast tissue.

"Everything was fine," he said, "until I felt a lump where my right breast used to be two years later and was diagnosed with breast cancer a second time."

After undergoing additional surgery, as well as radiation therapy for 33 days, Pace was switched from tamoxifen to another form of hormone therapy, an aromatase inhibitor called exemestane, to help keep the cancer at bay. In addition to taking the disease on for a second time, Pace pledged that after his recovery, he would work to promote awareness of breast cancer and help erase the stigma surrounding the disease.

"Men are their own worst enemy," he said. "All of the macho behavior keeps male breast cancer awareness in the dark ages."

To wit, a 2020 study published in Cancer Medicine journal found that 90 percent of male breast cancer patients expressed varying degrees of embarrassment at the type of breast symptom onset, as well as embarrassment while waiting in the breast center with a majority of female patients.

Two years ago, the Food and Drug Administration (FDA) began to encourage the inclusion of men in clinical trials for breast cancer treatments. Experts from the FDA say this is a good start, and the researchers for the FDA hope information obtained through clinical trials will also lead to more treatment options for men and access to genetic counseling.

Most breast cancer treatments—mastectomies, radiation and chemotherapy—are modeled after cisgender women, and men are excluded from the trials.

"Since men react differently to those treatments, it's not surprising that men don't benefit as much from the research and clinical trials as women," Pace said.

'A man who has a high risk of breast cancer due to personal or family history, ethnicity or a genetic mutation should create a plan with their doctor.'

Although treatment of male breast cancer has evolved over the years, racial, economic and age-related disparities remain. Men who are older, Black, have other medical issues and who have their cancer diagnosed at a later stage tend to have poorer outcomes. A 2019 study published in JNCI Cancer Spectrum indicated that the rates of breast cancer are 52 percent higher in Black men, who are also 76 percent more likely to die of the disease compared with white men.

Approximately 2,650 men will be diagnosed with breast cancer and more than 500 will die from breast cancer in 2021 in the U.S. While the numbers sound low, Pace said, each of those patients is someone's son, husband, father, brother or uncle.

"It's not the size of the number but the significance that number represents," he added. "My hope is that one day I'll never hear someone say, 'I didn't know men could get breast cancer.'" 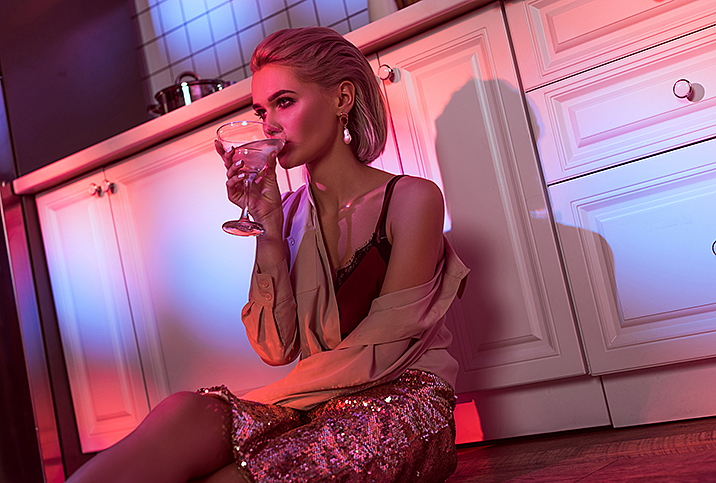 What Alcohol Does to Your Breast Cancer Risk 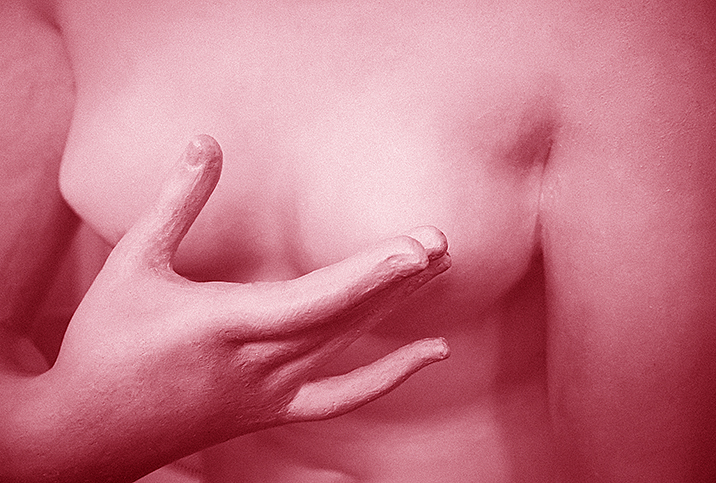 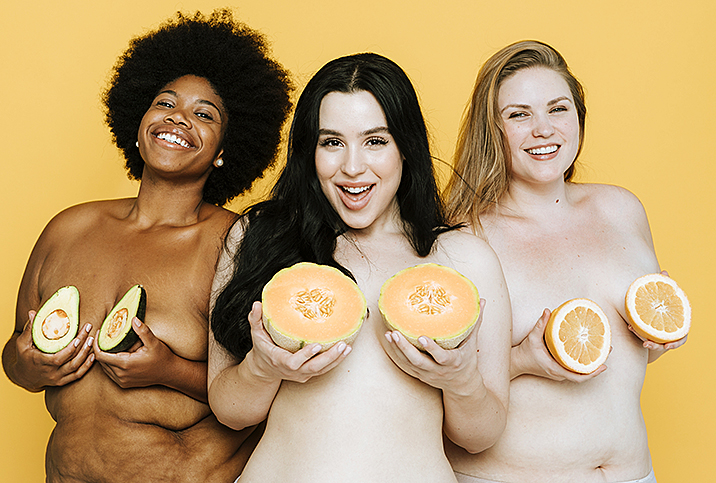 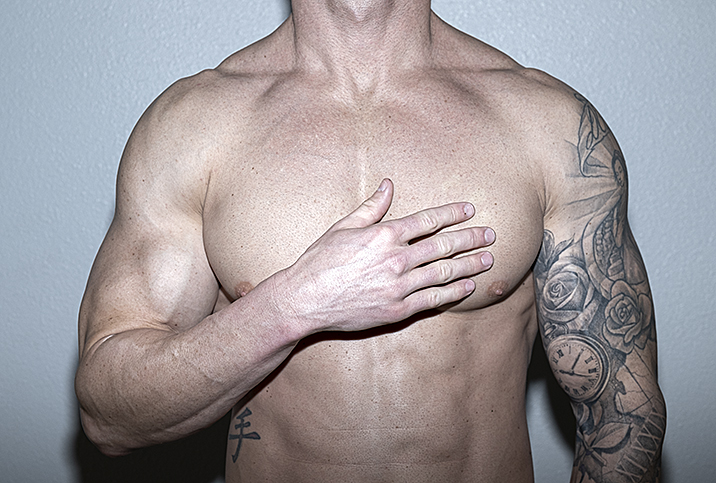 5 Things Every Man Should Know About Male Breast Cancer