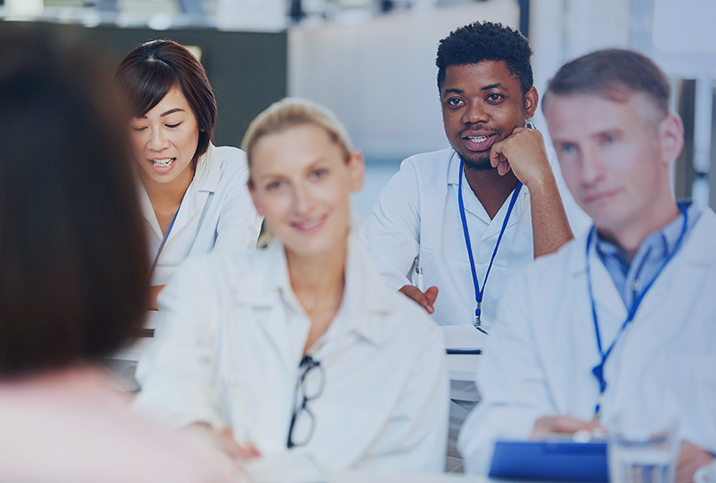 September is Ovarian Cancer Awareness Month, but what exactly does greater awareness of this deadly disease look like? Increased knowledge of how to identify symptoms is a strong start, given how difficult this particular cancer is to diagnose. Convincing healthcare professionals to take women seriously when they express concerns is another important goal.

STS representatives and participants shared their thoughts about the program and how it benefits both survivors and caregivers.

How the STS program works

"In a one-hour-long free presentation, these volunteers explain the basic facts about the disease while sharing their stories of diagnosis, treatment and survivorship," Leighton explained. "Medical, nursing and other allied healthcare students interact with and learn from ovarian cancer survivors in a classroom setting."

Speaking about the initial impetus behind STS, which was launched in 2002, Leighton emphasized it can be a long road to an ovarian cancer diagnosis as other conditions that present similar symptoms are gradually ruled out. Unfortunately, physicians have no simple or reliable ways to screen for ovarian cancer, which makes early detection difficult.

"Survivors sharing this experience sought to raise awareness of the risk factors for and symptoms of ovarian cancer among physicians in hopes of shortening time to diagnosis for others in the future," Leighton said. "They developed the educational model that would become STS. Physicians recognizing the value of such an educational program suggested introducing it into medical schools."

Marcia Gurche, 73, from Sterling Heights, Michigan, was diagnosed with stage IIIC clear cell epithelial ovarian cancer when she was 52. In the presentation she delivers when speaking to medical students, she describes losing a significant amount of weight and feeling excruciating pelvic pain, among other symptoms.

Gurche's lengthy road to diagnosis included an endoscopy, a trip to the ER and a hysterectomy, but eventually, she learned she had ovarian cancer.

"I am one of the fortunate ones who went into remission after my initial treatment and have remained in remission," she said. "I read a blurb about STS in my ovarian cancer support group's newsletter. It was five years after my diagnosis, and by that time, I felt I could tell my story without getting too emotional.

"As an STS speaker, I just need to show up and tell my story," Gurche continued. "I like to adapt my story a little depending on what type of healthcare group we are presenting to. For instance, I like to address nursing students from a different perspective than medical students, with examples of how my own oncology nurse helped my friends and myself in various ways when we were newly diagnosed." 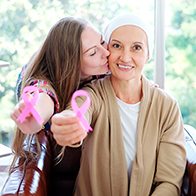 For One Ovarian Cancer Survivor, Monthly Screenings Give Peace of Mind 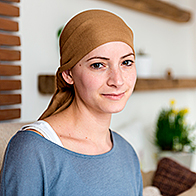 This tailoring of perspectives is key to what STS does and what separates it, in large part, from a typical medical lecture by an academic or a physician.

"In addition to educating the students about ovarian cancer, many of the presenters are trying to let them know other important aspects about how to treat their patients," Gurche said. "I feel that is such an important message to relay to these young people, which they might not pick up in a medical book or from a lecture; how to look a patient in the eye when speaking to them, or telling them the importance of having someone in their office who can be reachable and hands-on [with] helping the patient navigate tricky insurance or chemotherapy issues, for instance."

Gurche is also an area facilitator for the program, which involves coordinating with the various schools that host STS presentations and requesting speaker volunteers for upcoming scheduled presentations, together with making up the PowerPoint presentations.

"During the presentation, [as a facilitator,] I am basically providing the facts and statistics about ovarian cancer, and the three presenters give their stories," she said.

How many institutions host STS presentations?

Casey Kayser is an associate professor of English and the director of the medical humanities program at the University of Arkansas. She helped facilitate an STS presentation for premed students earlier in 2022.

"The medical humanities program and Medical Humanities Registered Student Organization [RSO] felt that our students could benefit from learning more about ovarian cancer as a disease and, more importantly, learning from the experiences of survivors," Kayser said. "Medical humanities as a field centers on patient narratives, so it was a very relevant event for us to host. Several other programs/RSOs hosted with us, including the gender studies program."

Kayser called the STS presentation very moving for everyone involved, saying they were "humbled and honored" that survivors shared their stories.

The impact of Survivors Teaching Students

"I feel extremely privileged to have heard the stories of the women who spoke about their experiences of ovarian cancer," said Anneliese Ahrens, president of the University of Arkansas Medical Humanities RSO. "It was motivating and powerful to learn from the survivors. I was not aware of how prevalent ovarian cancer is and learned so much about the symptoms and causes.

"Being female, it was emotional to listen to the survivors, especially after learning that there is no early detection test and the symptoms are very similar to what one feels during menstruation," Ahrens continued. "I think that all universities should have [STS] speak, especially to any future health professional groups. It was an experience that every student gained from."

STS doesn't just impact the students who learn from the presentations; it impacts the survivors as well.

"I never come away from any presentation without a feeling of having given the students some information that they might not have known or thought about before we got there," Gurche said. "I feel like I am giving back just a little for the blessing that I have received of coming through this disease so easily, and I'm so grateful to be able to speak for the women who are not able to speak themselves."

Leighton, too, feels an immense sense of pride.

"When I was offered the position of national program director, I thought it would be a challenging managerial position," she said. "Little did I realize what I would gain personally. Certainly, I am proud of the team's achievements, but I am even prouder of the individual team members who courageously share their most personal stories in hopes of educating just one student. I consider myself blessed for having them in my life."

The future of STS

"In 2020, with the onset of the [COVID-19] pandemic, our entire program shifted to the virtual platform," Leighton said. "STS remains mostly virtual, and one goal for 2023 is to return to more in-person presentations. [But] the virtual platform has opened up other possibilities. We recently established a virtual region, servicing online schools and schools in areas where we do not have enough volunteers to staff in-person presentations. The goal is to continue to expand that region."

STS is a platform that encompasses the very ethos of Ovarian Cancer Awareness Month. It is dedicated to spreading awareness of the disease, from symptoms to treatment. And it is sharing that knowledge with the people who may have the power to improve the diagnosis time and who will care for those who are suffering.

"We know we are not a substitute for a teacher or medical journal," Gurche said. "But real-life experience is invaluable, and these brave ladies do a remarkable job of helping to teach valuable lessons in a very short time." 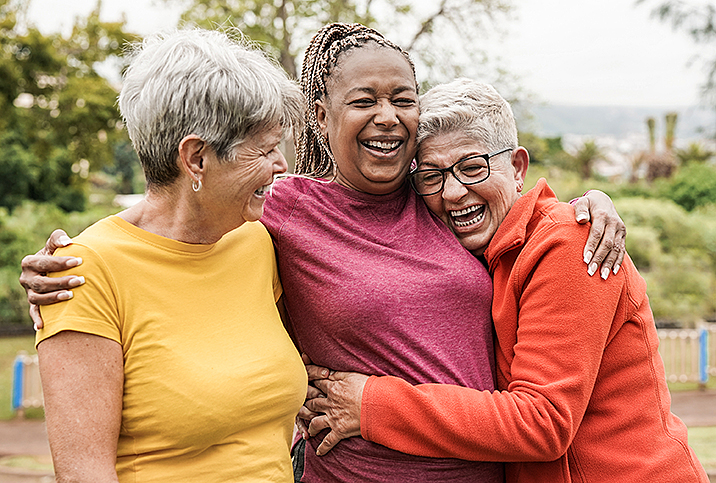 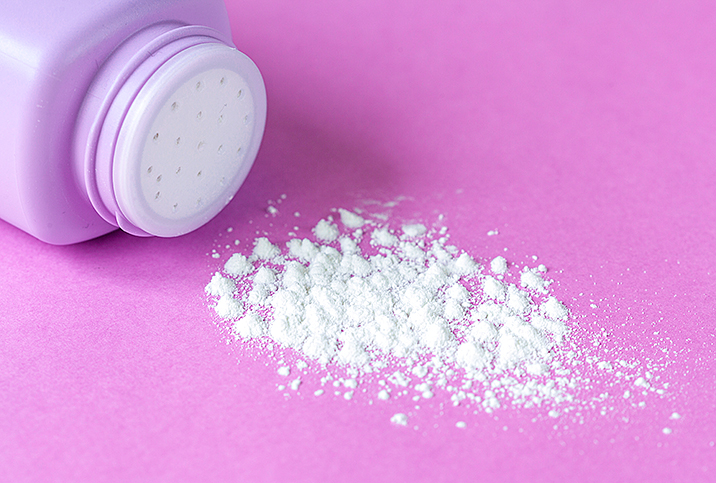 The Connection Between Baby Powder and Ovarian Cancer 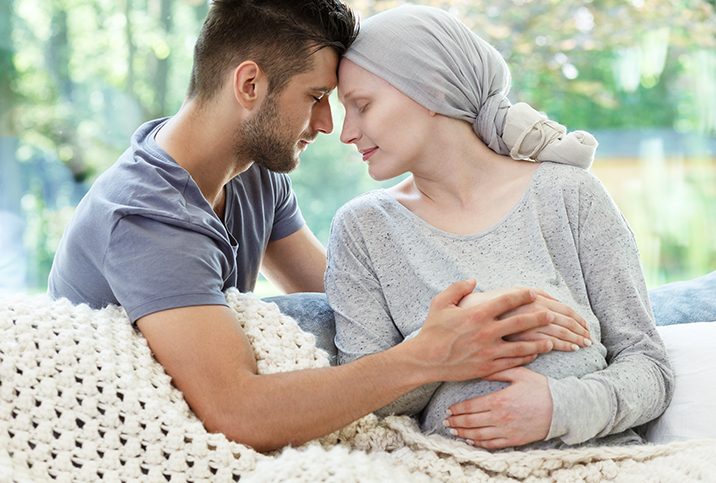 Supporting a Partner With Ovarian Cancer