Speculums (and Tenaculums) May Need a 21st-Century Makeover

Speculums and forceps haven't evolved much since the 1800s. Is it time they did? 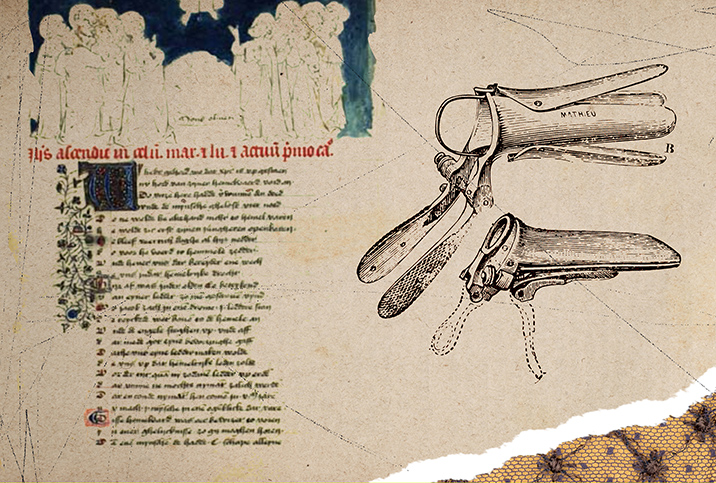 Many of the tools on the tray at your OB-GYN's office are essentially the same as ones used during the American Civil War. Innovation and improvements in traditional healthcare tools have remained stagnant, despite some cases of use causing significant distress.

However, at least one-third of women taking these tests report discomfort, pain, embarrassment and/or anxiety during their procedures. Each of these factors can contribute to women delaying or avoiding testing. Improvements in medical tools could benefit both invasive and noninvasive gynecological procedures.

Some proposed technological solutions, such as inflatable speculums and smaller colposcopes, have yet to be implemented by gynecologists. Traditional gynecological instruments remain the same and remain popular in the medical community.

The question of changing gynecological tools splits into two prongs. First, doctors must determine what can be appropriately evaluated through noninvasive or less invasive methods. Routine screening is generally amenable to these methods. Think of HPV self-swabs, urine tests and a decrease in bimanual (two-handed) exams.

The second prong is determining how to create more comfortable examinations for nonroutine exams. You need such appointments if you have symptoms such as abnormal or postcoital bleeding, pain or abnormal discharge.

The history of the speculum and tenaculum

Predecessors of the modern-day speculum are found in medical texts dating back 2,000 years in ancient Greece and Rome. More recently, during the American Civil War, the tenaculum was created. This type of forceps was originally used to extract bullets from open wounds.

Samuel-Jean Pozzi, a French surgeon and gynecologist, invented a tool he called the Pozzi forceps, now known as the tenaculum. The design has not changed since its invention in the late 19th century.

In the 1840s, physician James Marion Sims began using a bent pewter serving spoon to open up the vagina and look for rectovaginal fistulas, which are holes caused by childbirth between the bladder or rectum and vagina. He named his tool the Sims speculum and used it to study the reproductive systems of Black women against their will.

Edward Gabriel Cusco made revisions to the Sims speculum in 1870. Cusco is credited with the duckbill design with two metal "blades" that could be inserted into the vagina and opened. This design was further revised in 1878 by another physician, Thomas Graves, whose design introduced curves to the blades. Over the years, changes to the design of the speculum have been considered, but its basic structure has remained the same.

"Gynecology is still a field dominated by men," noted Lillian Hathaway, a physician assistant based in West Hollywood, California. "In women's healthcare, it is important to remember that James Marion Sims was famous for the barbaric medical gynecological procedures he performed, oftentimes without anesthesia, on Black enslaved women. From the beginning of modern gynecology, women's comfort and safety have not been the priority." 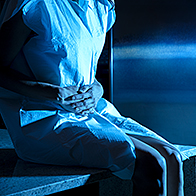 Although Sims was hailed as the father of gynecology during his lifetime, his use of enslaved Black women in his procedures, without anesthetics and in very poor conditions, has since tarnished his achievements and reputation.

Second-wave feminist movements in the 1970s questioned these medical tools, comparing the use of the speculum to torture. Carol Downer, an American lawyer and nonfiction author, began to teach women how to examine themselves with the instrument in 1971. Her campaign, though small, was successful to the point that she was arrested and charged for practicing medicine without a license.

She was acquitted because self-examinations were not seen as a threat to the medical community. However, many people followed her lead and feminist groups around the country began sharing their own experiences of gynecological treatment. Women in this movement began teaching each other how to correctly use differently sized speculums with lubrication.

How tools have changed

In 1968, the medical company Welch Allyn created a variety of "shaped" speculums to accommodate different sizes of reproductive organs. Originally, there were small and medium sizes, and a large size was added in 1999 and a tiny size in 2005. Additionally, many speculums today are constructed of plastic and designed for single use. However, metal tools are still mostly favored.

In 2005, the FemSuite medical company created the FemSpec, a speculum that inflated like a blood pressure cuff when inserted into the vagina. Around the same time, a similar product called the SoftSpec was developed by a rival company. At first greeted with enthusiasm by doctors and nurses alike, by 2010, both products had been discontinued. Unfortunately, they did not allow examination of the vaginal walls and often obscured the cervix, defeating the purpose of the exam entirely.

Another alternative to the metal spectrum includes the Pocket Colposcope, which allows for self-insertion to view the cervix. The design is focused on soft silicone and plastic material to reduce discomfort.

Changes in cervical devices used to insert IUDs, including the tenaculum, include soft-suction tools rather than those that might pierce the cervix. Another potential substitute, Carevix, reportedly resulted in 52 percent lower pain scores, but the device remains in development and is not yet commercially available.

Even less invasive is the possibility of artificial intelligence (AI) for ovarian cancer screening. New models may be able to detect 100 percent of abnormalities due to ovarian cancer, that is, in the micro RNA samples in the serum given in the context of a study. Effectiveness has not yet been studied in people. So far, the detection of abnormalities in serum primarily serves the purpose of developing the AI network.

Much research and development has gone into OB-GYN tools and equipment over the past 50 years. However, the only implemented changes are different sizes and plastic as a base material for construction.

"For some reason, we're still being provided with the same tools, such as the speculum," said Esha Chainani, M.B.B.S., an OB-GYN in Mumbai, India. "At the end of the day, it's all about communicating with the patient. We need to put the patient experience at the top of our list as doctors."

You can speak up

When you arrive for an examination, remember that lubrication, specific-sized speculums and anesthesia can be utilized during an examination. Be vocal about any discomfort or pain. It's within your power to ask to stop the examination at any moment if you're concerned about anything.

"Of most importance is self-advocacy and learning that you have a right to feel safe and comfortable. Before the procedure, ask your provider to listen to your concerns, what they will be doing to ensure your comfort and what will be done if you experience pain during the procedure," Hathaway said. "Remember, if at any point you feel pain or like your voice is not being heard, it is not your duty to continue the medical encounter."

According to a 2017 study on improving the pelvic exam experience, 67 percent of individuals had a negative emotional reaction when they visualized a speculum. These reactions included feelings of anxiety, fear, intimidation and annoyance. Physically, those feelings were caused by pressure, discomfort, coldness, roughness and "odd sensations."

Pelvic and cervical examinations are both necessary for preventive healthcare. However, anxiety and fear surrounding examinations result in delay and avoidance.

"It is a more comfortable procedure with proper selection size of the speculum, the preparation of the patient with relaxation techniques, proper insertion and careful application of lubrication," Hathaway said. "I would like to see innovation with self-lubricating speculums or speculums that can be self-inserted by patients as they feel most comfortable. There is so much room for improvement."

Doctor's Note: 16 Things Your OB-GYN Wants You to Know 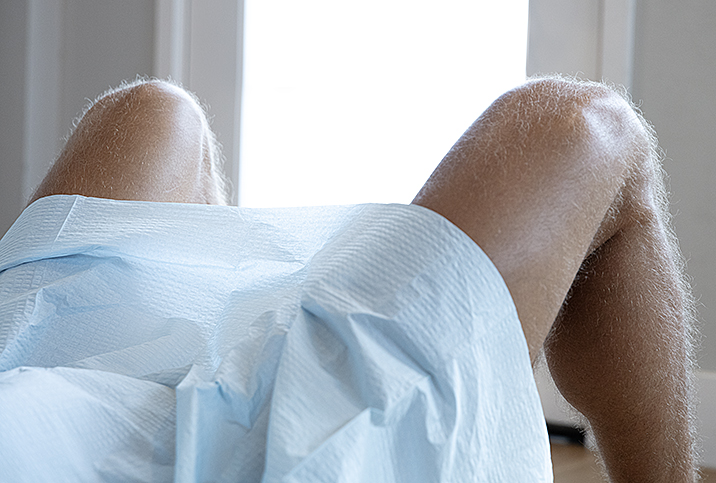 A Pap Smear Explainer (and Why Some Men Need Them, Too) 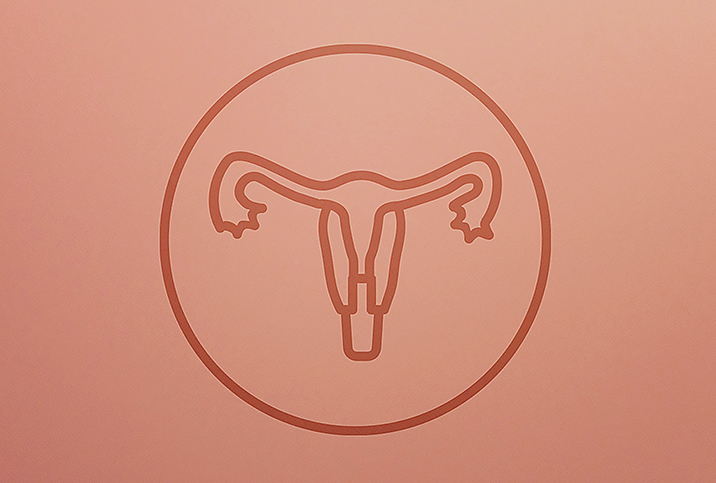 Why the Guidelines for Pap Smears Are Changing