Only the Lonely: Solitude Can Be Harmful or Helpful

Who could feel alone with social media, TV and worldwide mass communication? Maybe a lot of us. We're all alone. Each of us is a separate being with unique inner lives, desires, thoughts, perspectives and imaginings. It follows that our aloneness and inner solitude are interwoven with the condition of loneliness.

In the past 20 years, the internet and all social media living there have radically adapted how we engage with others. From our colleagues at work to our closest relationships, we have become increasingly connected digitally. Yet physically, in many ways, we've become more isolated.

Lonely hearts in society are well documented, from Mary Shelley's 19th-century classic story "Frankenstein," which deftly depicts the suffering of a lonely outcast, to modern movies like Sean Penn's "Into the Wild" (2007), which delves into the fragility of isolation, to the memorable lyrics of Roy Orbison's song "Only the Lonely."

Loneliness remains a trending topic in health research, too. Mental health professionals already considered loneliness a crisis prior to COVID-19's social distancing, event restrictions and stay-at-home orders, prompting ongoing discussions about how to treat loneliness. There are programs that promote community engagement, and groups and classes for building social skills with cognitive behavioral therapy (CBT) techniques. Some scientists believe medications could be the key to alleviating loneliness.

About 36 percent of Americans feel serious loneliness, which includes 61 percent of young adults and 51 percent of mothers with young children, according to a report published in February 2021. Loneliness is not viewed as a medical condition, even when chronic, but experts regard the symptoms as being detrimental to physical and mental health.

Where does loneliness come from?

In psychoanalytic theory, loneliness is a fundamental condition of humans at birth, explained Marcos Cancado, Psya.D., L.M.H.C., a Lacanian psychoanalyst practicing in Florida and Massachusetts. "We are suddenly pushed out of the comfort and safety of our mother's womb and emerge into a completely new world. We are completely dependent for our safety, our care, our existence."

He explained it's only with time and development that infants begin "to make a distinction between what is internal and what is external, and what happens to their own body to 'negotiate' with the world for the satisfaction of their needs."

The infant learns the world has limits and begins to develop different means of expression to articulate ideas, desires, thoughts and emotions—and to meet emotional needs. Even when our connections and interactions with others fall short of an ideal, we keep reaching out.

Loneliness vs. solitude vs. isolation

"I wonder whether loneliness is a necessary part of the human condition," said Matthew J. Sharpe, a professor of philosophy at Deakin University in Australia. "Remember, one can be alone without being lonely. You might be meditating, listening to music or absorbed in a good book or TV program. There are different kinds of solitude. Some of them aren't characterized by the longing for others—for the company of other humans—that loneliness typically involves.

"Monastic solitude, for instance, aims to put a person in a situation [of] reduced human contact as a way to open them up to a sense of God or Nirvana," Sharpe continued.
"These traditions associate being busy, preoccupied and never alone in cities or towns with a diminution of a person's possibilities, of understanding higher truths of existence. Being open to these requires being able to put pressing bodily and social needs at a little distance."

In other words, for adults and children alike to understand the necessity of delayed satisfaction and the limitations of life, we need to self-reflect.

Isolation could be viewed as conditional, because loneliness is a complex emotion not determined by whether we are physically alone or in a room full of people.

"Isolation is a situational condition due to the impossibility to interact with others, as in the pandemic, for instance," Cancado said. "But [it] can also be determined by one's own will, as a need to stay away momentarily, which could be helpful, useful and healthy at times. There is also narcissistic isolation, which is pathological since the individual is incapable of entering a relationship with the world and other human beings intermediated by language."

Sharpe posed an alternate viewpoint: "Our society is isolating people who don't wish to be isolated and who see nothing positive in the experience. This is a problem. A person who is alone but understands that aloneness is a way of reconnecting with fundamental values may return from withdrawal and isolation regenerated. A person who has hated their own company is a quite different thing."

Loneliness in the digital age

The virtual world of the internet has created additional challenges. Cancado and his colleagues have seen an uptick in people suffering from "anxious and depressive states, as well as severe difficulties [with] human interactions. People are having less sex. The tendency to remain in a psychologically isolated world [has] increased."

He explained that online interaction creates artificial conditions for satisfaction different from the conditions in the real world.

"It creates an illusion of interaction with others and offers fast stimulation and immediate satisfaction that otherwise would not be possible," Cancado said. "[Just as] the infant wants immediate satisfaction and alleviation of discomfort, the virtual world of the internet puts people in a similar situation. Together with consumerism, it promotes the false idea that your needs or desires can be satisfied with more consumption or living in virtual reality."

With such stimulation readily available, Sharpe said people may oppose quiet alone time as valuable and rather desire company from others.

'I wonder whether loneliness is a necessary part of the human condition. Remember, one can be alone without being lonely.'

"As a society or societies, one issue we arguably face is that we have lost touch with traditions in which forms of isolation are seen as opportunities for expanded experiences, self-reflection and higher connection," he said.

He added that social media often operates as an "attention economy" whose participating companies want users to be constantly absorbed, even when in a room with others. This can be detrimental and create chasms between individuals.

However, our ability to be digitally available has proved to be a stabilizing influence.

"With COVID-19, we have an interesting phenomenon," Cancado noted. "While we have been forced to isolate, paradoxically, the internet became a dispositive that brought people together. It is because of technology that many schools were still functioning, business continued as usual and even therapeutic work was possible during the pandemic."

Being with our lonely hearts

We can wish the feelings of loneliness away and keep ourselves busy with distractions, or we can choose a different path. In lonely silence, there can be quiet answers, unhurried by outside influences or media noise.

In a 2003 essay, "Abiding Loneliness: An Existential Perspective on Loneliness," Michele Carter wrote: "Existential loneliness is a way of being in the world, a way of grasping for and confronting one's own subjective truth. It is the experience of discovering one's own questions regarding human existence…the lonely individual seeks to grasp some meaning in the face of life's impermanence."

"Although loneliness [can] be understood as a human condition, the wish to connect to others depends on each individual," Cancado concluded, underscoring the idea that with understanding and perspective, our moments of solitude do not have to represent crisis; we have the capability to make conscious choices to rise above our loneliness. 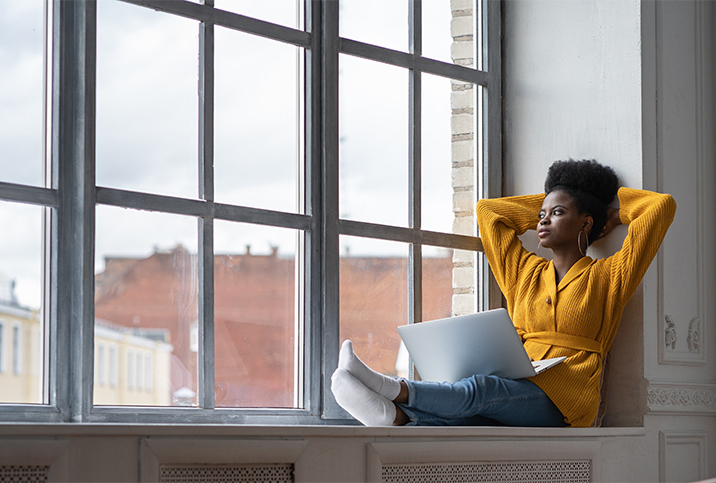 As COVID-19 Approaches Endemic Status, a Look at Virtual Repercussions

I'm a Serial Monogamist, and I'm Taking a Break From Dating 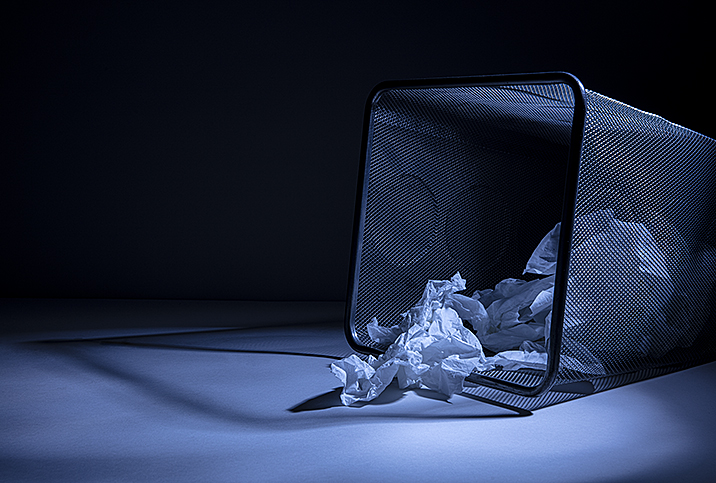 Text Your Ex, We Won't Judge