Nudists Get Naked for Their Health—and for Enlightenment

It's time to lose those clothes: Stripping down may be one way to boost your sexual well-being. 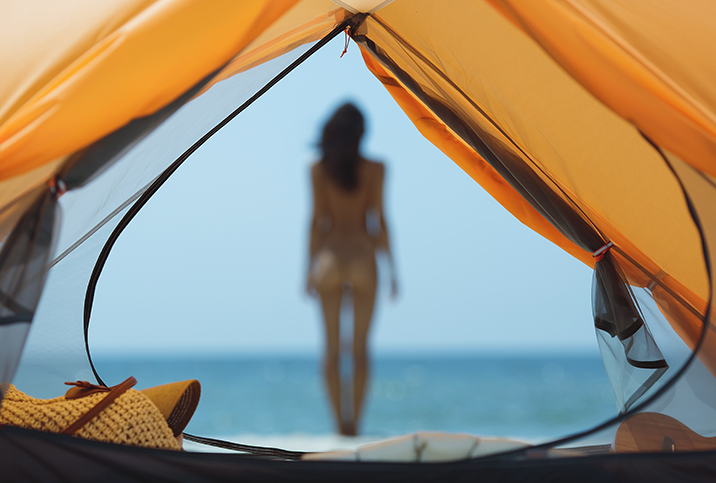 We all begin life in our birthday suits, and babies running around in the buff are often seen as innocent and endearing. But as you age, clothes come on and nudity becomes increasingly taboo.

However, research shows there are benefits to embracing nudity. Whether you're a natural-born exhibitionist or not, stripping off layers may work wonders for your comprehensive health.

"Nudity and sexuality are not the same things, no matter what distorted messages you've been subjected to after the so-called sexual revolution," said Dan Whicker, director of sales and marketing for Cypress Cove Nudist Resort in Kissimmee, Florida. Cypress Cove was featured in the Netflix docuseries "Worn Stories." "An uncovered body does not imply sexual activity; it's just an uncovered human body. We all have one."

Nick and Lins, a globetrotting naturist couple from Belgium who prefer to use only their first names, document their nude-centric travels at nakedwanderings.com.

"We believe that this has a lot to do with culture and education," they said in a joint statement. "People who are being taught from a young age that the human body is sinful or ugly are obviously much less likely to feel comfortable naked."

They added that body image plays a big role in a person's comfort level with nudity.

In most societies—particularly in Western cultures—nudity is generally taboo. Aside from brief encounters with other naked bodies, in locker rooms for example, there are few places where it's acceptable to stroll around without clothes. This lack of familiarity with the naked form furthers our societal belief that nudity is unacceptable.

'By hiding what nudism is, we only feed the stigma that we must be doing something wrong.'

For example, Nick and Lins said nudist resorts with high fences and high exclusivity may be counterproductive to acceptance.

"In fact, by hiding what nudism is, we only feed the stigma that we must be doing something wrong," they said. "This is still happening a lot in the [United States]. In Europe, on the other hand, nudist resorts are more and more opening their doors to the press and the general public to show the world that we're actually doing nothing that special."

In fact, the idea of nudism is nothing astounding in a number of areas in Europe. Within German-speaking countries, the expression "FKK" (short for Freikörperkultur, which translates to "free body culture") has been used for a long time to describe nonsexual nudist lifestyles in a positive way. Presently, Britain is hopping on the bandwagon with its own surge of naturism.

Whicker said the remaining resistance to nudity comes from far ends of ideology. On the far right is the view that the human body is somehow bad and dirty and needs to be covered. On the far left, the body is a sexual object that needs to remain covered to maintain a craving for sex.

"The answer to our fears and shame lies in the middle of that spectrum, where we respect all aspects of being human," he added. "There would not be societal disapproval toward basic, nonsexual nudity if we stopped seeing only bodies and started seeing people."

Acceptance of nudity may help with overcoming shame, creating feelings of genuineness and equality, and combating the tribulations of an oversexed society, Whicker said. In nudist communities—including resorts, clubs and other destinations—this phenomenon is abundant.

Nudist resorts have virtually the same amenities and activities as any other resort, except no one is wearing clothes. According to testimonies, these resorts present fewer artificial boundaries, greater self-respect and greater appreciation of others and nature.

"Clothes create much larger boundaries than most people expect," Nick and Lins said. "When there are no clothes, it's much harder to determine the background of a person. It happened to us several times before that we've been talking to someone for hours until we figure out that they have a board position in a major company."

True nudist resorts are appropriate for the whole family and have people from all walks of life. Whicker described them as being microcosms of a greater society. At Cypress Cove, he explained that safety and respect are essential. Newcomers undergo a screening process, including running IDs through the national sex offender database, and rulebreakers are banned.

Though there are many horror stories about gawkers, voyeurs and pathological exhibitionists, Nick and Lins said such claims are nowhere near as common as people seem to think. They advised first-timers to choose a private resort instead of a public nude beach for their best debut into the naturalist experience.

They added that it takes only about 30 minutes to acclimate to naked living. Once the initial shock and discomfort wear off, the philosophy comes together and makes perfect sense, they said.

The naked truth about your health

Nudism—which Whicker defined as a lifestyle of going without clothes whenever it's possible and practical—has a spectrum of benefits for your health.

"Getting naked frees the body of so much," he said. "Why do you think we can't wait to remove our shoes and clothes when we get home from a long day of work? Our bodies instinctively know that such a restriction is bad for our health."

Whicker and Nick and Lins pointed out the perks of outdoor nudity, including vitamin D absorption from sunlight and the benefits of fresh air. Furthermore, the mere act of being in nature has been shown to have positive impacts on mental well-being, such as reducing stress and increasing happiness.

"When the body is free and unencumbered, so are the mind and soul," he said. "There's a sense of freedom that cannot be experienced when you're wrapped up tight in a costume that may or may not convey who you really are."

Being comfortable in your own skin can improve interpersonal relations by helping you relax into any sexual experience.

Plus, the subsequent confidence boost has constructive influences on your sexual health. Being comfortable in your own skin can improve interpersonal relations by helping you relax into any sexual experience. According to Whicker, some survivors of sexual abuse have even found nudism to be cathartic because it changes how they perceive their own body and other people's bodies. In this way, the nudist rejection of societal oversexualization can actually be sexually empowering.

"To most people, their only reference to what other bodies look like is through media," they said. "At a nudist place, you'll find all kinds of people and body shapes…you quickly notice that everyone has their strengths and flaws, and this helps you accept your own flaws and makes you feel better in your body."

"Sex begins in the mind," Whicker said. "If you can control your mind, you can enjoy being nude with others without shame, fear or lust taking over. This is where the true mental and spiritual freedom of nudism manifests: learning that nudity does not equal sex, other people are not sexual objects for your viewing pleasure and that the best sex starts with intimacy, which is achieved by knowing your partner first as a person."

Whether you evolve into a full-fledged nudist or want to stroll around nude at home, the important goal is to develop the right mindset toward the human body. 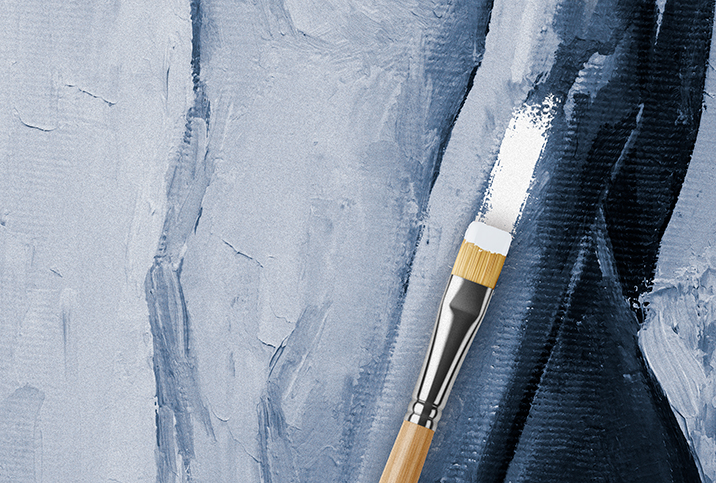 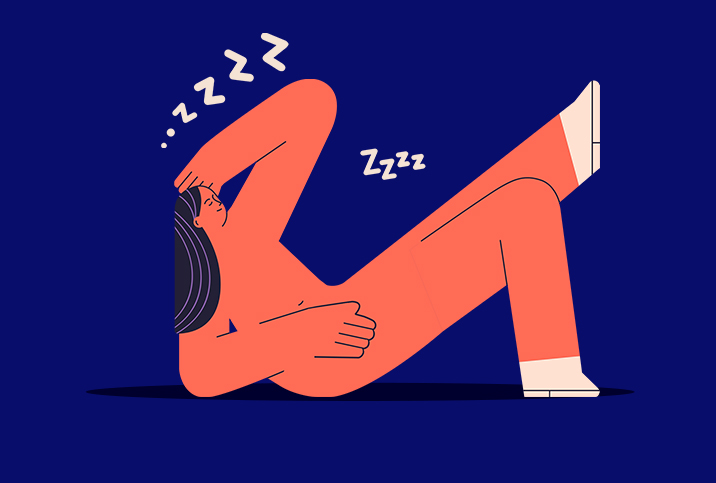 The Naked Truth About Sleeping Nude 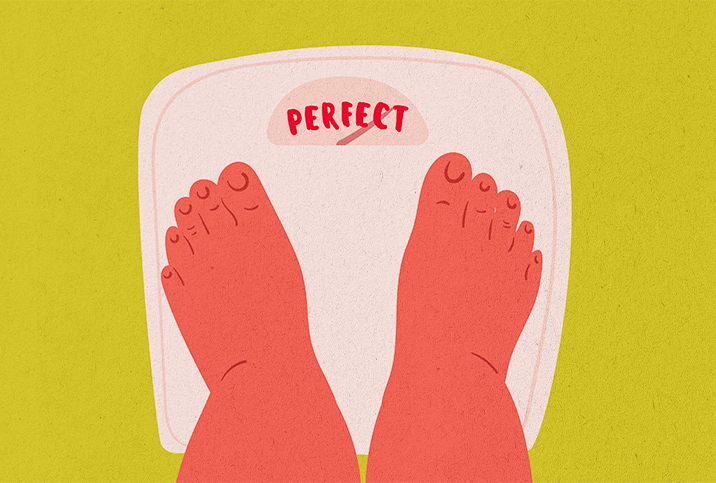 Keep Body Image Issues From Messing With Your Sex Life 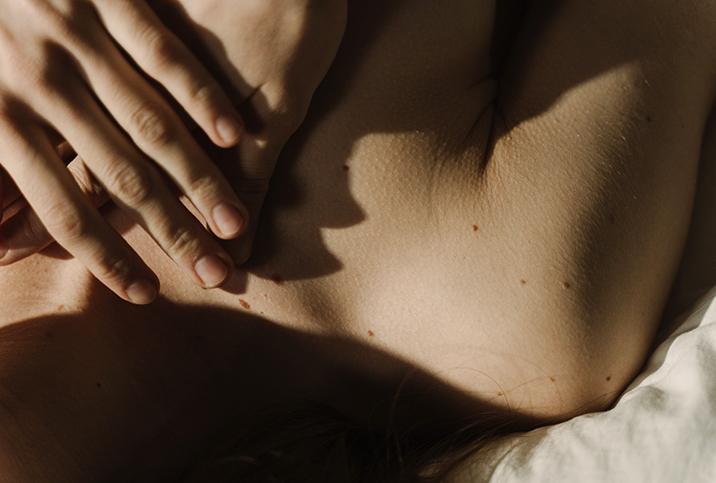 Why Are Americans So Uneasy About Parental Nudity?