The Impact of Lupus on Fertility and Reproductive Health

A healthy pregnancy is possible, but precautions are needed to avoid complications. 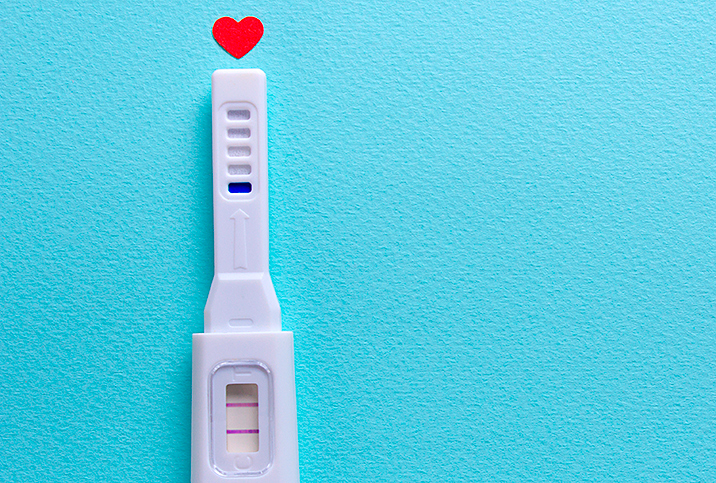 "It felt like I was running a marathon that I didn't train for," she told Giddy in an interview. "Having an autoimmune disease feels like that every day."

"It was progressive," she explained. "I had a couple of years constantly going to the doctors where I was tested for fibromyalgia, chronic fatigue syndrome and Epstein-Barr over and over."

The Arizona resident was nearly 45 by the time she was finally diagnosed with lupus, an inflammatory illness that causes the immune system to attack itself.

The overarching effects of lupus

A year before she was officially diagnosed, Morrison had her ovaries removed due to recurring bursting cysts. Thankfully, she had already given birth to two children, a boy and girl.

"The doctors did not link my ovaries with lupus," she said. "Mostly, they focused on the fact that I had an above average stressful life as a single mom of two young kids." That, combined with a stressful divorce and working 2 to 3 jobs to maintain her family's quality of life, was the cause of her lupus, according to doctors. "That's where the lupus came from, is what they told me. I was overdoing it for years on end to keep it all together."

Some 1.5 million Americans and 5 million people globally have a form of lupus, with women of childbearing age being most at risk, according to the Lupus Foundation of America. About 90 percent of people living with lupus are women and most develop the illness before age 44.

Managing flare-ups while trying to conceive

Though Morrison says her doctors did not connect her ovarian cysts with her illness, Leo Nissola, M.D., an immunologist and author of Systemic Lupus: A Medical Textbook for Physicians, explained lupus can affect a woman's reproductive health.

"The fertility process should occur in parallel with an understanding of your rheumatology approach to systemic lupus," Nissola advised. "There are some research studies that show lupus patients having more challenges when trying to get pregnant, but it depends on many factors and variables like age, underlying base conditions, underlying health conditions and ethnicity, as well."

"It's important that patients talk to their healthcare provider at the same time that they plan on becoming pregnant because [their] health will depend on the antibody levels they have," Nissola said in an interview. "For aPL-positive women, doctors recommend against different combinations of estrogen and progestin contraception because of the risk of thromboembolism, for example. There are immune-suppressive therapies that they might be under that may impact their fetuses as well."

'The fertility process should occur in parallel with an understanding of your rheumatology approach to systemic lupus.'

The Lupus Foundation of America states a "healthy pregnancy with lupus is possible," but warns the disease "raises your risk for certain complications during pregnancy." These include blood clots, kidney problems, high blood pressure, preeclampsia, fetal growth problems, premature birth, miscarriage and stillbirth.

The foundation advises working closely with your doctors and letting them know 3 to 6 months in advance that you want to begin trying to get pregnant. That way, you can create a plan together for a safe pregnancy. This may include switching medications and waiting until your lupus is minimally active and your symptoms are under control before attempting to conceive.

A 2020 article analyzing 384 patients participating in the PROMISSE (Predictors of Pregnancy Outcome: Biomarkers in Antiphospholipid Antibody Syndrome and Systemic Lupus Erythematosus) study found women with inactive or mild lupus activity at the time of conception are more likely to experience only mild flares during and after pregnancy.

According to Nissola, there are no clear answers about how the disease process might impact a woman's pregnancy because lupus is still not fully understood. However, the latest research on the disease's effect on reproductive health is shedding new light that helps doctors and patients make informed decisions about the best care plan during pregnancy.

Other reproductive health issues you may experience

Systemic lupus erythematosus (SLE), which is just one of the four types of the disease, affects not only women's reproductive health but also their chances of acquiring other diseases, including human papilloma virus (HPV), according to Nissola.

"When you're looking at lupus and sexual health, folks should get the HPV vaccine," he advised. "It's essentially important for lupus patients because it's harder for the body to get rid of an HPV infection when you have lupus, and that will put you at a higher risk for having cervical cancer later on."

"Women who have lupus tend to have a higher rate of abnormal pap smears compared to women without lupus," he continued. "They are also more likely to have yeast infections, especially when they're using medicines that are used to treat lupus that increase your immune system's capacity to fight disease or weaken your immune system, like steroids, for example."

Lupus can also make it difficult to have sex because of the chronic pain and fatigue the disease causes. A 2019 study published in Reumatologia, the official journal of the National Institute of Geriatrics, Rheumatology and Rehabilitation and The Polish Rheumatological Society, found 85.9 percent of women with SLE reported sexual dysfunction.

Living your best life with lupus

Management techniques for lupus vary for each person—and should always be done in conjunction with a doctor's oversight—but may include a medication regimen, diet and lifestyle changes and strategies to manage stress.

Morrison, who is now 53, says art therapy has helped alleviate her symptoms.

"I had never been to an art show, but when I went to a museum with my new husband and looked around, I realized I didn't feel bad and I didn't feel worse," she said. "For three and a half hours I was able to freely move, walk and see art."

"So, I decided that this looking at art activity had something to do with why I felt better and now I look at art every day for at least 15 minutes," Morrison said. She also teaches other lupus survivors how to do the same.

The Lupus Foundation of America offers a variety of tips for "living your best life with lupus." Don't be afraid to communicate openly with your doctor about the symptoms you're experiencing, your fertility options—and what's working and what's not when it comes to managing this chronic condition.