How Disney Got Caught in the Debate Over 'Don't Say Gay' 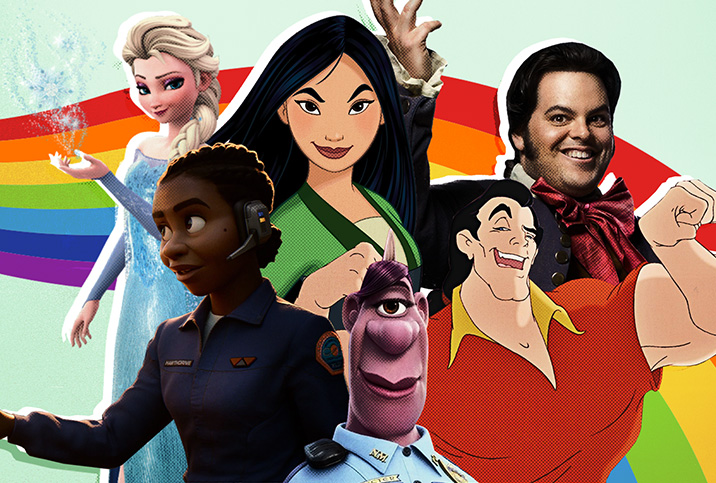 It's the scene that many gay and queer Disney fans have been waiting on for decades. Or, at least, the closest they've come to their on-screen gay cartoon fantasy.

Alisha Hawthorne (played by actor Uzo Aduba), Buzz Lightyear's commander and best friend, kisses her female partner. The two black lesbians, who fall in love when Buzz and Alisha get stranded on a strange planet, share their smooch in the first 30 minutes of "Lightyear," the seemingly innocuous 2022 "Toy Story sidequel" movie from Disney's Pixar studios.

Of course, instead of being innocuous, the scene has turned Disney's latest franchise spin-off into a lightning rod for criticism from both sides of the political aisle. After an uproar over Disney's initial lack of public response to Florida's Parental Rights in Education bill—known by its critics as the "Don't Say Gay" bill—there was more heat because the lesbian kiss was initially cut from the "Lightyear" movie. Queer employees and allies at Pixar sent a statement to Disney leadership earlier this year accusing the company of censoring "overtly gay affection" in its films. In March, Disney publicly opposed the new law and later announced that the "censored" kiss would be included in the final edit of "Lightyear."

Disney and the culture wars

One of the immediate results of this PR crisis? The movie has now been banned from public screenings in 14 countries, including the United Arab Emirates and Saudi Arabia.

In reality, the innocent-enough gay cartoon romance, rather than a provocation-seeking stunt, is a character-building beat in the plot, establishing the kind of affection that Buzz's solitary life lacks.

But the "Lightyear" gay kiss was always going to be about much more than just the movie. Indeed, it's a reminder of how, despite Disney's own best efforts, the culture wars have long consumed the company, its internal politics and the wider perceptions of its products. The latest scenario echoes the endless scrutinizing of Disney movies' gay and transgender content, whether accidental or savvily planted by queer, queer-friendly or queer-baiting filmmakers.

It's an open secret that many of your Disney faves are queer-coded, from the literal fairies of "Sleeping Beauty" to Ursula in "Little Mermaid," Scar in "Lion King" and Jafar in "Aladdin." Or, to put it another way, Disney has been chock-full of flamboyant queens pretty much since the jump.

So how did the Mouse House get so—for lack of a better word—gay? And what caused the brand to get subsumed by anti-gay sentiment on one side and fervent LGBTQIA+ support on the other?

When Disney, under its relatively new CEO Bob Chapek, refused to join the public outcry over Florida's Parental Rights in Education bill, its neutrality backfired. Under former outspoken CEO Bob Iger, Disney had become an emblem of progressive causes, but Chapek failed to foresee the powerful pushback from queer and queer-allied staff.

When he then later spoke out against the "Don't Say Gay" bill, Florida Gov. Ron DeSantis saw an opportunity for political theater, firing back by revoking tax breaks for Orlando's Disney World. Firebrand extremists had already staged a "Woke Disney" boycott. The outcome for Disney executives squeezed in the middle of this scuffle, as Los Angeles magazine cleverly put it: "Mouse Trapped."

It's hard not to feel sympathy for the ideology-averse Chapek. Walt Disney, a "silent Republican" in LA mag's reporting, had sought to keep politics out of the picture.

Harking back to the company's founder and inspiration, Walt Disney told the House Un-American Activities Committee in 1947 testimony: "We have large audiences of children and different groups, and we try to keep them as free from anything that would offend anybody as possible. We work hard to see that nothing of that sort creeps in."

Disney is a company built to earn as much money from as many viewers, park visitors and merchandise collectors as possible. Offending people on the left or right can never be a part of that strategy.

But in spite of this tendency toward political whitewashing, gay and queer identity politics have forcefully intruded in a number of Disney's most popular works. This credit goes to slyly subversive creative workers at Disney who have been largely silent but quick to signpost their causes and feelings in the films themselves.

The not-so-subtle queering of Disney characters

You don't have to be a John Waters obsessive or "Drag Race" stan to notice that Ursula, the villain in "Little Mermaid" (1989), is quite obviously a drag queen in octopus form. Howard Ashman, a producer and writer for the movie, gravitated toward an early iteration of Ursula because of the illustration's resemblance to Divine, the performer and drag queen who appeared in cultishly beloved Waters movies such as "Pink Flamingos" (1972). Ashman and company, by all accounts, turned the Sea Witch into a caricature out of a Baltimore gay dive bar, aping Divine's outrageous look and mannerisms.

The history of Disney classics is littered with such reflections of queer culture, from the subliminal to the outright flagrant (and flaming).

From 'Gay Days' to DeSantis' enemy

It's perhaps no surprise that for decades LGBTQIA+ people have flocked not only to Disney movies but also to the theme parks that celebrate cultural touchstones, staking out their cultural positioning. Fans have long made Disneyland in California and Disney World sites of gay protest.

Since 1991, participants in the unofficial "Gay Days" at Disney have worn red shirts to symbolize their visibility. Disney has tried to stay out of the fray—in the early years, offering white shirts to people who were inadvertently identified as gay because of their outfit choices—while making stacks of cash off gay patrons. Specifically, note the steady flow of rainbow-colored merch in the gift shops. While not technically endorsing Gay Days or its well-established queer fandom, Disney is more than happy to welcome the lucrative LGBTQIA+ market, just as it hires talented LGBTQIA+ animators, actors and other employees who put their stamp on its remarkable output.

Given this backdrop, it was inevitable that DeSantis would target Disney as an enemy while he signed the "Don't Say Gay" bill into law. In the end, the dustup will quietly move into the margins of Disney lore, like the conservative backlash to Gay Days in the 1990s when evangelical anti-gay pride protestors picketed the Magic Kingdom entrance with Bibles. The pendulum will swing back in place, and one thing Disney has reliably done throughout its history—promoting products to just about everyone—will carry on as usual.

For the vast majority of Americans, whatever their politics, the gay cartoons are no big deal. Instead, it's the ho-hum business as usual in the Magic Kingdom. As one Gay Days participant told the New York Times in June 2022, "Don't get me wrong: The fight for equality is not over by any means. But as you can see from the park today, it really is possible for everyone to get along."

Whether you're a DeSantis voter or one of the gay "bears" singing along at Disney World's double entendre-begging Country Bear Jamboree, your fate is sealed: You and your little ones will likely line up for "Lightyear" as you've done for all of Buzz's other blockbusters.

You might even find yourself rooting for a couple of lesbians. 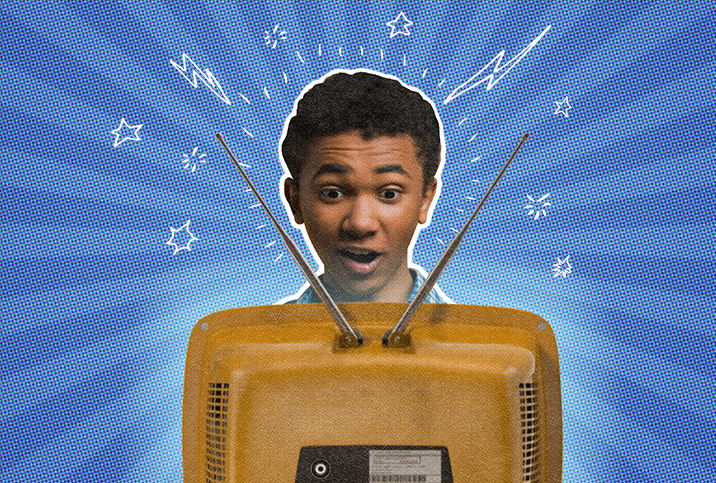 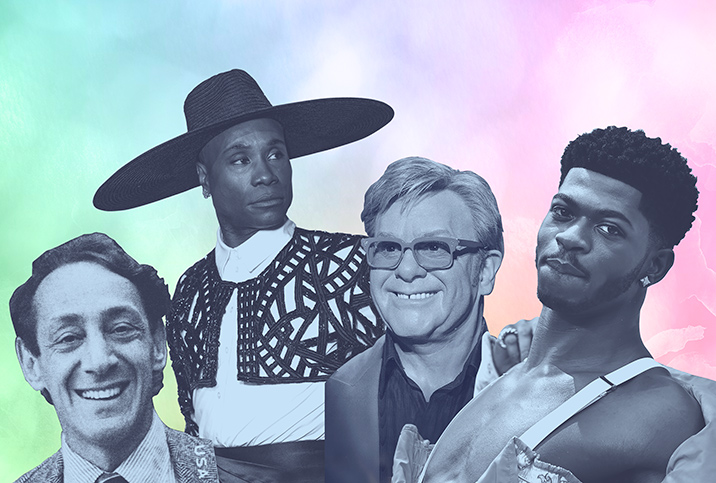 What It Means to Be a Gay Icon 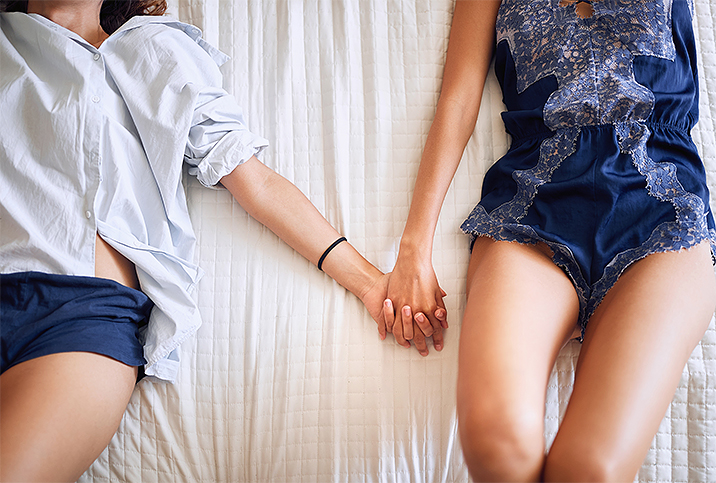