Sharing information about this common condition leads to earlier diagnosis and better treatment. 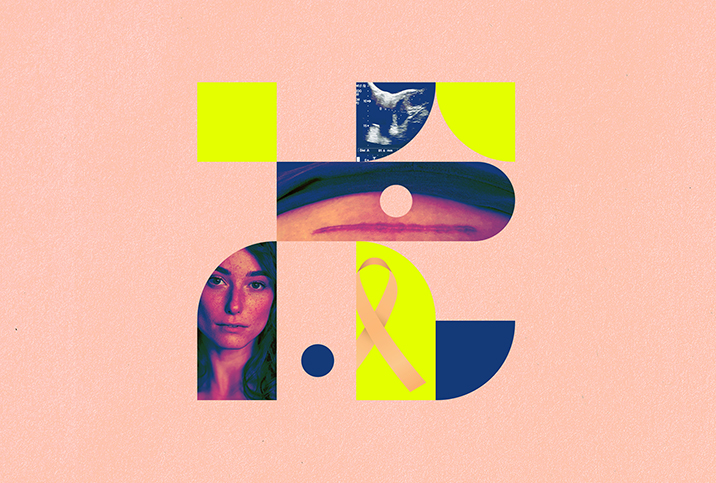 "Most American women will develop fibroids at some point in their lives, yet most have never heard about fibroids," said James A. Gohar, M.D., an OB-GYN in New York City and CEO of Viva Eve, a healthcare platform for women.

An alarming 20 percent to 25 percent of people who can get pregnant have fibroids—about 26 million people between the ages of 15 and 50. The majority are Black people: More than 80 percent develop fibroids by age 50, and rates of hospitalization for fibroids are higher for Black people.

Despite this high prevalence of people at risk of developing fibroids during their child-bearing years, there is no cure for fibroids.

It's not uncommon for people to be diagnosed with fibroids during a medical crisis.

"Most people born with a uterus are unaware of the symptoms that fibroids can cause, which could lead to healthcare emergencies. Fibroids can cause heavy bleeding and someone becoming anemic, which can lead to heart attack, stroke or even loss of life," said Cindy Duke, M.D., Ph.D., a fertility specialist, virologist and OB-GYN in Las Vegas.

New York-based writer Aly Walansky was unaware she had fibroids when she was rushed to the emergency room and it was discovered that a vein wrapped around several fibroids had burst. A doctor asked if she'd been having severe periods. Walansky had assumed it was normal to be anemic and faint during her period.

"If I had known about fibroids, I could've sought surgery to remove them before they had life-threatening complications. It's a miracle I'm alive," she said.

Research shows that people wait an average of 3.6 years before seeking treatment for uterine fibroids.

Not all fibroids are symptomatic

"Many are unaware that fibroids can be detected by an ultrasound screening even before they're symptomatic," said Jerome Chelliah, M.D., an OB-GYN in Ohio and vice president of clinical operations at HerMD, a women's healthcare platform.

Greater awareness would educate more people to advocate for themselves when they have symptoms and to request an ultrasound screening.

I unknowingly suffered from uterine fibroids and it took me over three years to get treatment because of a lack of awareness. I hadn't heard of fibroids and didn't know what diagnostic tools to request. Despite complaining about fibroid symptoms to my doctor, I wasn't given an ultrasound screening.

Gohar believes the lack of awareness is due to not all uterine tumors being symptomatic. Only 20 percent to 50 percent of people with fibroids experience symptoms. In reality, the statistics are probably an underrepresentation considering fibroid symptoms are often ignored or considered regular period symptoms. Katsnelson emphasized that longtime gender biases in the medical community result in dismissing menstrual pain as normal. 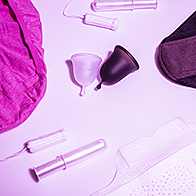 Your Toolkit for Surviving Fibroids 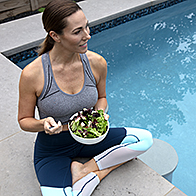 Even people diagnosed with fibroids aren't fully aware of the scope of the diagnosis. Los Angeles-based licensed clinical psychologist Wiyatta Fahnbulleh has had two myomectomies to remove fibroids.

"I didn't know fibroids could recur after surgery and was alarmed when my fibroids returned," Fahnbulleh said. "Fibroid awareness would've made me aware of the prevalence, the symptoms, and why I was experiencing heavy periods, severe cramping, anemia, fatigue, frequent urination, pain during sex, abdominal pressure and a protruding abdomen. If we were aware of fibroid symptoms, we'd likely seek treatment earlier."

"I didn't realize how quickly regrowth could happen," she said. "I would've chosen a different route had I known more about fibroids. Awareness would've helped me have earlier removal and a less invasive procedure."

Fibroid sufferers are often told a hysterectomy—removal of the uterus—is their best option. According to Chelliah, a hysterectomy should only be recommended when all other treatment options have been exhausted.

Hysterectomy is the second-most performed procedure for people with uteruses, with approximately 600,000 hysterectomies performed annually in the United States—about half of them are associated with fibroids. Nearly 1 in 5 women who have a hysterectomy may not need it, but many people diagnosed with uterine fibroids aren't informed of nonsurgical options.

"People are unaware they have other, less invasive options than a hysterectomy to treat their fibroids. Twenty percent of women believe hysterectomy is the only treatment for uterine fibroids," Gohar said.

At HerMD, Chelliah educates patients on what fibroids are and hosts educational events to talk through symptoms, impact and treatment options.

Awareness matters for people who are suffering from fibroids, people who don't know they have them and healthcare professionals who could make better-informed diagnoses and treatment plans. 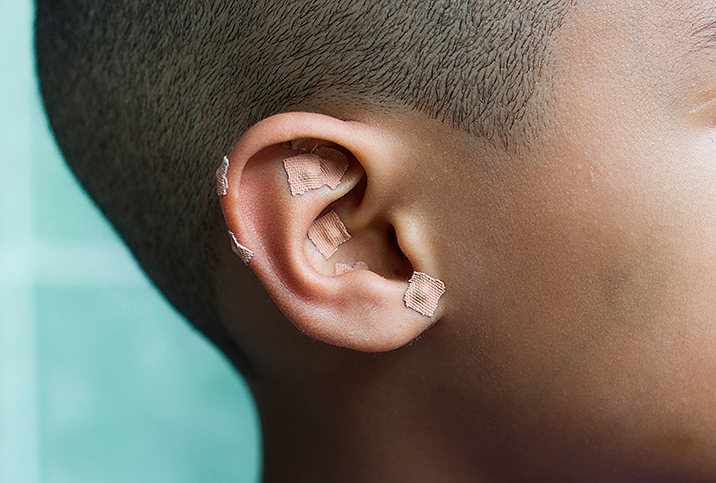 WTF Is Ear Seeding—and Can It Help Fibroid Pain? 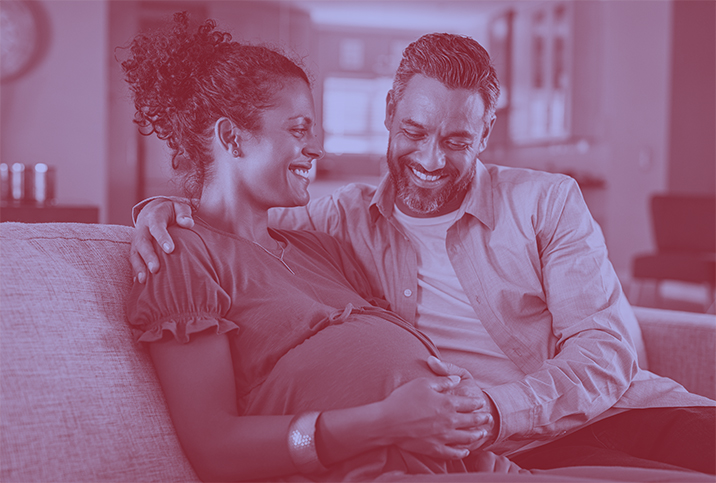 Women With Fibroids Share Their Experiences of Getting Pregnant 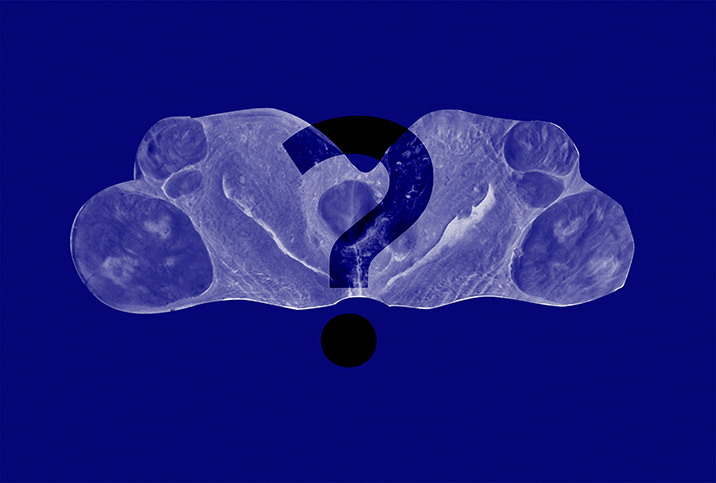 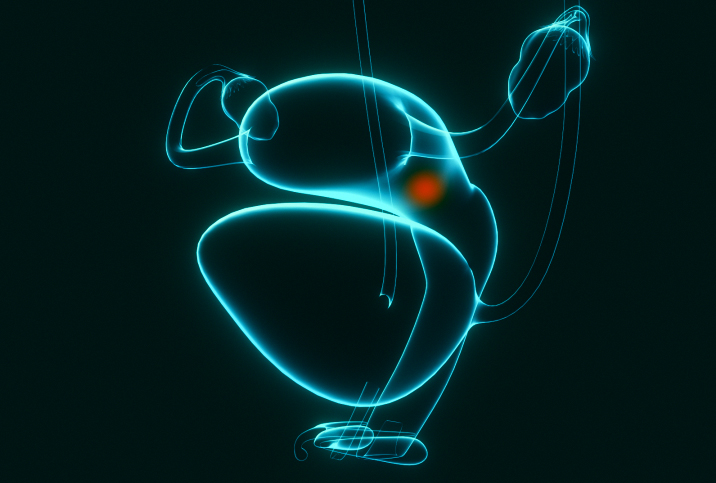