More Employers Are Including Fertility Perks in Their Health Plans

As more businesses offer these benefits, some women are job hunting with them in mind. 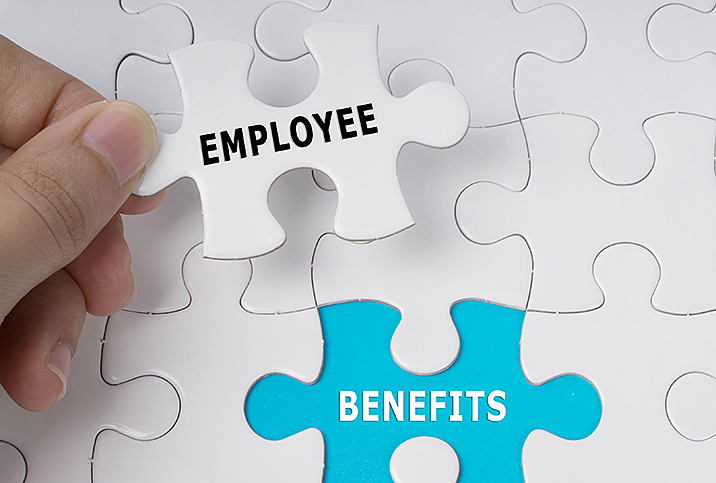 Over the past few years, an increasing number of companies have begun prioritizing their employees' mental and physical health through wellness stipends, paid gym memberships and more. Now, a new trend is emerging as more and more companies are offering fertility perks.

According to Mercer's 2021 survey on fertility benefits, 32 percent of small employers (50 to 499 employees) and 61 percent of large employers (500 or more employees) offer some type of infertility service. Depending on the employer, these services may include an evaluation by a reproductive endocrinologist or fertility specialist, drug therapy, in vitro fertilization (IVF), intrauterine insemination (IUI) and egg freezing.

The survey authors noted that in the past five years, they've seen an expansion in the services covered, especially IVF. A small percentage of employers even cover costs associated with surrogacy.

Among women of reproductive age, about 1 in 5 (19 percent) are unable to get pregnant after one year of trying, and about 1 in 4 (26 percent) have difficulty conceiving or carrying a baby to term, according to data from the Centers for Disease Control and Prevention (CDC).

As more individuals delay parenthood, an increasing number are relying on fertility treatment solutions when they do decide to get pregnant. Companies that offer these benefits are bound to attract and retain more women in their workforce.

In 2014, philanthropist and Facebook COO Sheryl Sandberg heard about the struggle of a fellow female employee who had cancer and wanted to freeze her eggs but couldn't afford to do so. Sandberg stepped in and decided the company would now cover the cost of egg freezing for all women. Soon after, other Silicon Valley tech firms began to incorporate this policy into their companies.

These perks offer an obvious benefit to employees, but they are beneficial for employers, as well. Respondents to the Mercer survey indicated that offering infertility coverage had helped their companies achieve several positive outcomes, including staying competitive in attracting and retaining talent (62 percent), recognition as a "family-friendly" employer (59 percent) and positive public relations (40 percent).

"Fertility treatments are difficult to access practically, and there are still stigmas associated with it. By offering fertility perks, companies are able to chip away at these practical and attitudinal barriers to access," said Zaina Mahmoud, a doctoral candidate at the University of Exeter, research associate at the London Women's Clinic and expert on female fertility preservation.

"However, this is not without its controversy, with many believing fertility perks are predatory," Mahmoud continued. "I would argue that part of combating this view is [to] ensure that fertility perks are accompanied by family-friendly policies and that there is an understanding that they are not obligated to be used, especially by female employees who may feel pressure, but are there for those who require them."

Fertility transparency in the workplace

By acknowledging that employees may be facing infertility and providing them with alternative options, employers are, in fact, helping to reduce the stigma that still surrounds infertility.

It can be difficult for people to share the struggles they face to get pregnant, as well as the financial and logistical barriers that exist for accessing treatment such as egg freezing and IVF. We may not yet be speaking about these topics at the water cooler, but as an increasing number of companies add fertility perks to their employee benefit plans, discussing fertility openly is becoming more normalized.

Tess Cosad, M.Sc., the CEO and co-founder of Béa Fertility in London, argues that it's high time for better education and transparency around fertility in the workplace.

"Most people who experience fertility struggles will say that it is the single most difficult period of their lives. So to pretend that this problem doesn't exist in the workplace is doing both employers and employees a great disservice. It's a life-changing event that requires support, recognition and validation," she stated.

"By being transparent around the reality of fertility struggles and enabling people to access treatments through work, employers can create new routes to fertility in addition to what's already on offer, which ultimately will help more families access the treatment they need," Cosad continued. "It can also help create a culture where fertility problems are spoken about and normalized, ending the shame and stigma that often goes hand in hand with struggling to have a baby."

Job hunting with these perks in mind

Lucy, 24, was diagnosed several years ago with endometriosis, a chronic condition in which tissue similar to the tissue that lines the uterus begins to grow in other places. Lucy was aware that for some women, endometriosis can cause infertility, but she had never really considered the possibility of this being an issue for her. However, after undergoing surgery to treat her condition, she learned her ovaries and fallopian tubes had been so heavily damaged by endometriosis that she would not be able to conceive naturally.

Lucy was still early on in her career and had no plans to have children until a few years down the line. Out of curiosity, she explored egg freezing but was alarmed when she realized the average cost of the procedure, as well as storing the eggs, would be almost triple her monthly income.

Lucy's employer does not offer fertility perks, so she is keeping an eye out for opportunities at companies that do.

"The average person doesn't really consider having issues with fertility until they're married or financially stable, and that's usually in your late 20s or early 30s," she said. "Although I knew I wanted children at some point, I hadn't even considered options such as egg freezing or IVF because I assumed I would just conceive naturally.

"If you would have asked me a few years ago if fertility perks were an important aspect in looking for a new employer, my answer would have been completely different," Lucy continued. "It's now something I actively ask about in job interviews because it's something that I most likely won't be able to afford on my own."