Ready to explore? Learn how to experiment with your sexual identity—the kind way.

It's normal to question your sexuality, and while there's never a true answer to those curiosities, dating apps can help you discover all you'd like to know. Whether you're a woman dating other women for the first time, a man dating other men or a couple looking for a third sexual partner, this is your guidebook.

Find out from identity and sexuality coaches and therapists how to discover the best methods for online exploration.

"It was scary [and] nerve-racking," said Leah Carey, sex and intimacy coach, and host of the podcast Good Girls Talk About Sex. "I thought there was a different formula for talking with women, and maybe I needed some different set of skills. But over time, I realized it's no different and the universal rule is the same: 'Don't be an asshole.'"

It's understandable to be nervous, as Lina Mafi will attest. Mafi is a queer NYC-based therapist who works with clients seeking to explore their identities, including gender and sexuality.

"It's hard as someone who's trying to figure out who you are to find a footing in the [queer] community," Mafi explained.

Dating apps can be a way to connect with others and navigate your identity, but it can also be frustrating when people aren't upfront about what they want until you build a connection. Not being clear about what you're seeking can lead to hurtful experiences.

"They had me take off my clothes and started touching me," Carey said. "I was the only one that was fully naked, then they both got up and went into the bathroom and closed the door."

Carey could hear them laughing and talking in the next room—the wife had realized she'd wanted her husband's attention only on her. Carey, understandably, felt completely abandoned.

The importance of being upfront

In her coaching sessions, Carey tells clients who want to explore their potential queerness to be upfront about who they are and what they're seeking. "If you just put up, 'I'm interested in women,' you may get a lot of attention that you're not ready for," Carey explained.

Including information in your profile about the fact that you're wanting to explore is helpful in filtering out people who don't want to be part of your test runs. In fact, you might hear from partners who are excited to "initiate" you, or at least welcome you into the fold.

"The more real you can be about who you are and the kind of experience you want to have, the more likely you are to get it without having to weed through a lot of people," Carey said.

How to communicate transparently

Mafi notes, "Dating as a queer person, in general, is just harder." As a bisexual woman herself, she explains, it can be frustrating when it takes a lot of effort to meet someone only to find out there's a big piece of information the person didn't disclose at the beginning.

"You can avoid hurting or frustrating someone by being relatively honest about where you are," Mafi explained. "If you're unsure of your identity, there's no shame in explaining you're interested in getting to know people, exploring and figuring it out. Because the other person is likely wondering, 'What could this connection look like for me?'"

If you're already in a relationship, Mafi says it's best to be clear about its parameters. For example, if you're in a nonmonogamous relationship and seeking new connections, say that. Don't make it a guessing game for the other person.

In bio or chat?

Honesty is obviously key, but should you put the info right in your profile or wait until you've gotten to talking?

Mafi suggests doing what feels right for you, but she thinks you should explore why you may not want this information in your bio.

With all the homophobia, biphobia and other phobias we face in society, it's important to be compassionate with yourself. Hopefully, you can find someone who's compassionate and supportive of your process, too.

Once you state that you're exploring, it's wise to set boundaries. For example, when you're talking to someone who you might actually meet up with, you should give some guidelines to what you're interested in.

To make it easier, you can label certain activities that intimidate you as "varsity" and others that feel easier as "junior varsity," or use another ranking system that feels intuitive to you and your partner.

And then you meet up

There are two types of people: Those who prefer to meet up sooner rather than later and those who need more time. The most important thing here is that you need to pay attention to the other person's signals. For instance, if you sense they're holding back, don't push to meet up right away.

"The best approach is to say, 'I'm really enjoying our conversation, and my preference is to meet up sooner rather than later to see if this translates from the screen to in-person,'" Carey said. "People usually take that pretty well."

You never know where a connection will take you, so allow yourself to be open without fearing what-ifs and unknowns. As Mafi puts it, "Don't be afraid to connect with people on various levels." 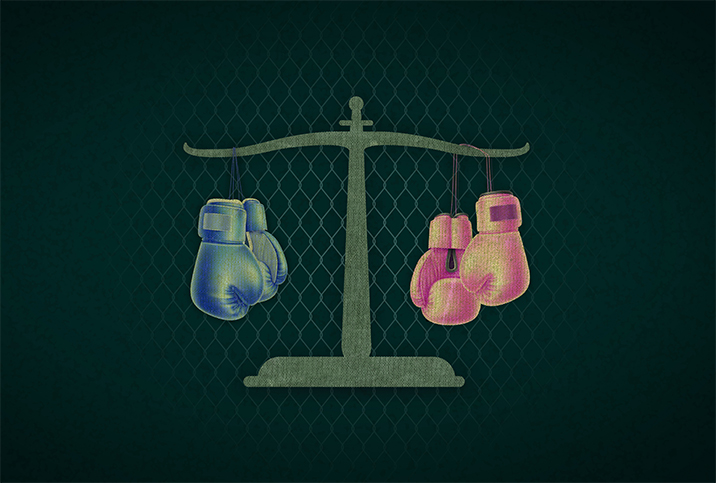