Could Birth Control Be Causing Your Provoked Vestibulodynia? Skip to main content

Could Birth Control Be Causing Your Provoked Vestibulodynia?

In rare cases, PVD may be a side effect of the pill. 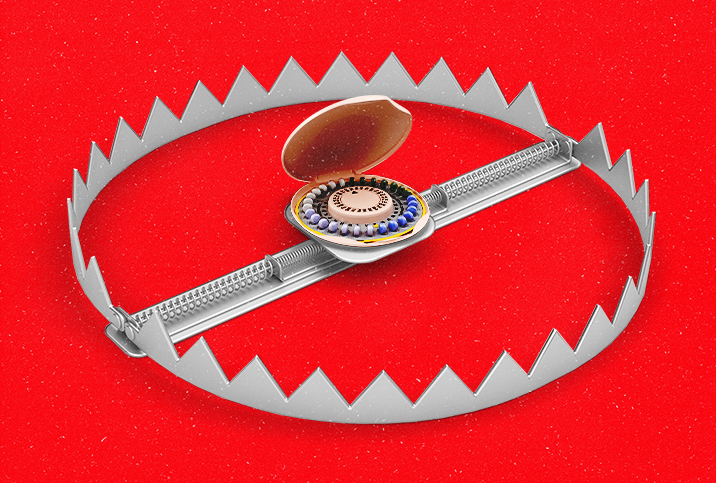 The pill can provide myriad health benefits, from protecting against unwanted pregnancy to mitigating symptoms of premenstrual syndrome (PMS), polycystic ovary syndrome (PCOS) and endometriosis. However, as with most medications, there is some risk of side effects. These include provoked vestibulodynia (PVD), a condition that makes sex painful.

PVD, characterized by a severe burning or sharp pain in the vulvar vestibule—the area between the labia minora and the hymenal ring—during vaginal penetration, is just one cause of chronic dyspareunia (painful sex), which affects about 15 percent of premenopausal women.

Oral contraceptives are generally safe and major complications are rare, according to numerous studies. It is unknown how many PVD cases are caused by oral contraceptives—it's thought to be uncommon—but more research is needed. Several studies, including one published in 2002 in the American Journal of Epidemiology and one published in 2014 in the Journal of Sexual Medicine suggest a possible link.

If you are on the pill and experiencing pain with vaginal penetration, here is what you need to know about PVD and potential treatment options.

Vestibulodynia means "pain of the vulvar vestibule," the tissue between the vulva and vagina. It falls under the umbrella of vulvodynia, or "pain of the vulva," which encompasses conditions such as vaginismus. A 2016 study published in the Journal of Sexual Medicine estimated that up to 28 percent of reproductive-age women experience vestibulodynia in their lifetime.

PVD is a specific type of vestibulodynia that only occurs when pressure is applied to the vulvar tissue. Unprovoked vestibulodynia can be constant or spontaneous. People with PVD typically experience severe symptoms during intercourse or attempted intercourse, but even inserting a tampon can be painful.

PVD is often misdiagnosed as vaginismus and vice versa, as both conditions share a similar descriptor of "pain with penetration," said Heather Jeffcoat, D.P.T., a Los Angeles-based physical therapist and author of "Sex Without Pain: A Self-Treatment Guide to the Sex Life You Deserve."However, the two conditions are distinct.

Vaginismus is an involuntary tightening and spasm of the muscles around the vagina. In contrast, PVD affects the skin and glands overlying the muscles. The two conditions can occur concurrently, explained Jill M. Krapf, M.D., an OB-GYN and associate director of the Center for Vulvovaginal Disorders in Washington, D.C.

"If the skin of the vestibule is painful to touch, people often start tightening the muscles in this area in response to the pain. This is called hypertonic or overactive pelvic floor muscle dysfunction. We call this vaginismus when there is an automatic fear and avoidance component," Krapf explained. "All these conditions often fall under the umbrella of 'vulvodynia.' However, it is important to determine the cause of the pain, whether related to hormones, muscles, nerves or inflammation."

The pill can possibly lead to PVD by altering sex hormone levels, contributing to vaginal dryness, tenderness and soreness. Research indicates that people with hormone-associated PVD are likely to experience painful intercourse and decreased orgasms.

"Many hormonal contraceptive pills include a low dose of estrogen, which can cause changes in serum estradiol, testosterone levels, hormonal receptors and vulvar mucosa [or] vaginal fluid," said Scott McDougall, M.Pharm, of Bristol, England, co-founder and registered manager at the Independent Pharmacy. "Some oral contraceptives are antiandrogen, so they lower the person's testosterone levels, which has multiple effects on both sexuality and the health of the pelvic organs, which can cause fluctuations of pelvic discomfort."

Like many female genitourinary tissues, the vulvar vestibule is both estrogen- and androgen-dependent, and testosterone and estrogen are required to produce vaginal lubrication.

Oral contraceptives can suppress testosterone production and increase the production of sex hormone-binding globulin (SHBG), a protein secreted by the liver that binds to testosterone and estrogen and decreases their activity levels. This can lead to decreased labial thickness, clitoris size, vaginal opening diameter and lubrication.

"When the vestibule glands lack estrogen and testosterone, it can lead to dryness, irritation, pain with touch and pain during vaginal insertion," Krapf said. "The skin at the vaginal opening feels dry, raw and irritated, especially with touch or pressure."

Krapf said oral combined birth control pills, which contain estrogen and progestin, are most likely to cause pelvic pain because they are processed through the liver and increase SHBG. Local, progestin-only and nonhormonal options, including progestin intrauterine devices (IUDs) and the copper IUD, are unlikely to affect SHBG or cause PVD. The Inexplicable Pain of Vulvodynia 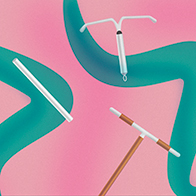 "Patients who have experienced historic pelvic pain, vaginal dryness, or people who are more susceptible to UTIs [urinary tract infections] may be more likely to experience pain as a side effect when taking hormonal birth control," McDougall said. "However, this does not mean that all hormonal birth control will be unsuitable, so patients should discuss their options with their G.P. [general practitioner] or pharmacist to find the most suitable contraception."

"More and more, gynecologists and urologists are recognizing the hormonal link with provoked vestibulodynia," Krapf added. "Awareness of this side effect is important, just like being aware of any side effects with medication."

Vestibulodynia is highly treatable, yet Jeffcoat cited research indicating that about half of people never discuss it with their doctor, in part, because of perceived stigmatization. However, seeking professional care is essential to rule out infections or cysts and obtain an accurate diagnosis and effective treatment plan.

"Pelvic pain is a very individualized condition, so treatments are often a blend of medical, physical and other therapies," McDougall explained.

If the pain has started or worsened since beginning a hormonal contraceptive, he advised speaking to your doctor or pharmacist about changing contraceptives.

Depending on the type of pain and its cause, other treatments include painkillers, topical estrogen or estrogen/testosterone cream, lubricants, antibiotics, physical therapy and sex therapy.

As with many medical conditions, a multipronged approach is often best.

"Pelvic floor physical therapists are a standard member of the care team for those with vulvodynia and vaginismus. A physician is critical to rule out organic causes of pain such as infection or a cyst and prescribe medical therapies based on their exam and lab findings," Jeffcoat said. "Often, a sex therapist will be included to address intimacy issues, or a marriage and family therapist to work on relationship challenges. If central sensitization is a large, driving factor, then having them do other modalities, such as modified yoga that does not increase their pain, can further assist with downregulating their nervous system when done in conjunction with the above providers' care."

Whatever the source of your pain, a solution likely exists. Talk to your doctor about your symptoms and they can come up with a treatment plan individualized to your situation. 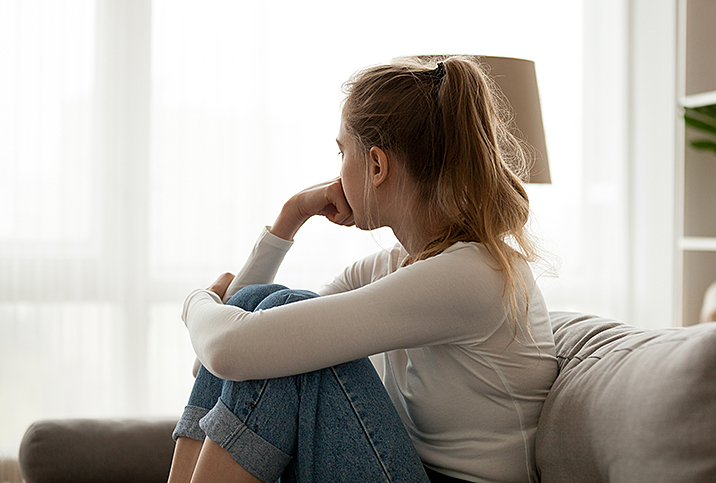 next article
Can My Birth Control Cause a Yeast Infection?