Hymenoplasty Surgery: Everything You Need to Know Skip to main content

Hymenoplasty Surgery: Everything You Need to Know

The controversial procedure is common in some countries because of cultural beliefs—and myths. 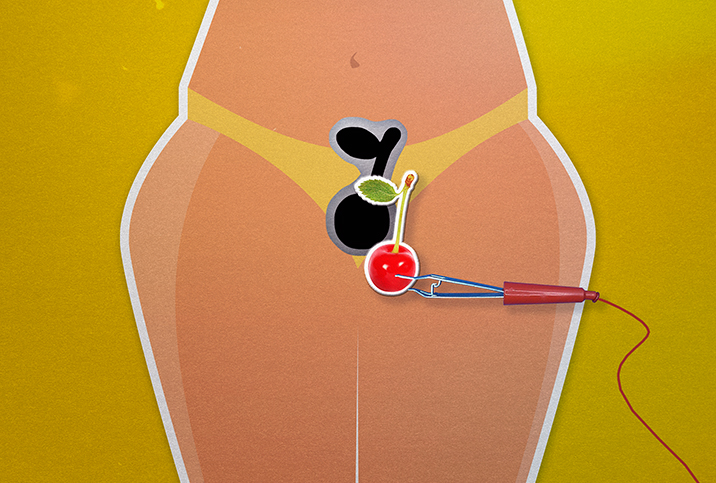 We hear a lot about the hymen in discussions of virginity, but many of us can't pinpoint exactly what it is. In a nutshell, it's a thin, flesh-colored tissue located just inside the vaginal walls. This soft, elastic tissue covers only part of the vaginal opening, although in rare cases, it can cover the entire opening and cause menstruation issues.

Once broken, a hymen never grows back. That's where hymenoplasty surgery comes in. "Technically, a hymenoplasty is a reconstruction of this tissue," said Michele Koo, M.D., a board-certified plastic surgeon with a private practice in Missouri. "Hymenoplasty shouldn't be mistaken for vaginal introitus tightening, which improves sexual arousal."

Koo doesn't offer these procedures, but plenty of surgeons in the United States do. Hymenoplasty techniques differ: Some surgeons take a thin layer of tissue from the vaginal wall to cover the torn hymen, whereas others restitch the torn edges using dissolvable stitches. Prices vary based on location, surgeon expertise and a handful of other factors, and the cost is usually decided after a patient consultation. There are some ballpark figures out there, though. For instance, New Look New Life Cosmetic Surgical Arts in New York City estimates costs of between $4,950 and $6,950.

How do you tear a hymen?

There's a common myth that the hymen breaks only during sex, hence, hymenoplasty is interchangeably described as "virginity repair surgery." This idea is incorrect.

"There are so many ways to tear a hymen," explained Corey Babb, D.O., a board-certified OB-GYN based in Oklahoma. "Honestly, most hymens are torn in preadolescence. That can be through activities like riding a bicycle, self-exploration or even inserting a tampon, especially if it's a large one. It's not just about sex. That's a complete fallacy."

So why bother with a hymenoplasty at all? A peer-reviewed 2022 study, published in the Cureus Journal of Medical Science, offers a few answers by examining global attitudes toward the procedure.

"Turkish physicians stated there was a rare medical justification for performing hymenoplasty," the study authors wrote. "This implies that culture and geography may affect physicians in performing or referring genital procedures."

'Most hymens are torn in preadolescence'

"It's Southern Baptist territory around here, so it's more the case that nobody has sex at all," he clarified. "There have been a few teenage patients whose parents have inquired on their behalf, though."

Internationally, it's a different story.

In 2013, a study of 600 Lebanese students was published in the Archives of Sexual Behavior. Although the vast majority of students were against hymenoplasty, 63.5 percent of people who would accept a hymenoplasty listed the fear of "physical harm and death" as their reason.

"Many cultural and religious beliefs place virginity at a high level of social significance," the study's authors wrote. "Women who lose their virginity before marriage may face humiliation, ostracism, divorce and extreme violence."

This is often what's known as "honor-based" violence, where women are brutally punished, and sometimes even killed, for supposedly bringing dishonor upon their families.

What does it actually mean to lose your virginity?

Arguably, there would be no hymenoplasty if the world had a better understanding of sex, anatomy and virginity.

"There's this idea that if your hymen is intact, then you're pure," Babb said. "If it isn't, then you're a person of loose morals. In reality, you might have just broken it using a tampon."

More broadly, the cultural construct of virginity has been framed by sex educators as misleading and outdated.

Koo and Babb are among a growing number of surgeons who don't encourage hymenoplasty, but acknowledge that other vaginal surgeries are on the rise.

"Women are talking about sexual wellness a lot more, including the appearance and function of the external and internal labia, vagina and pelvic floor," Koo said.

Babb has seen a similar increase in requests for vaginal rejuvenation. "That's a consumerist term, not a medical term," he said.

"Those procedures can make people feel better about themselves, but it's very common to have one side of the labia more enlarged than the other," Babb said. "Again, it's about education and telling people those aesthetic differences are OK."

Some people are taught about sex with an emphasis on fear and purity—a combination of STI slideshows and abstinence lectures—and as a result, countless myths permeate the culture. While some places in the world have banned hymenoplasty surgery, only time will tell if these discussions start to trickle across borders.